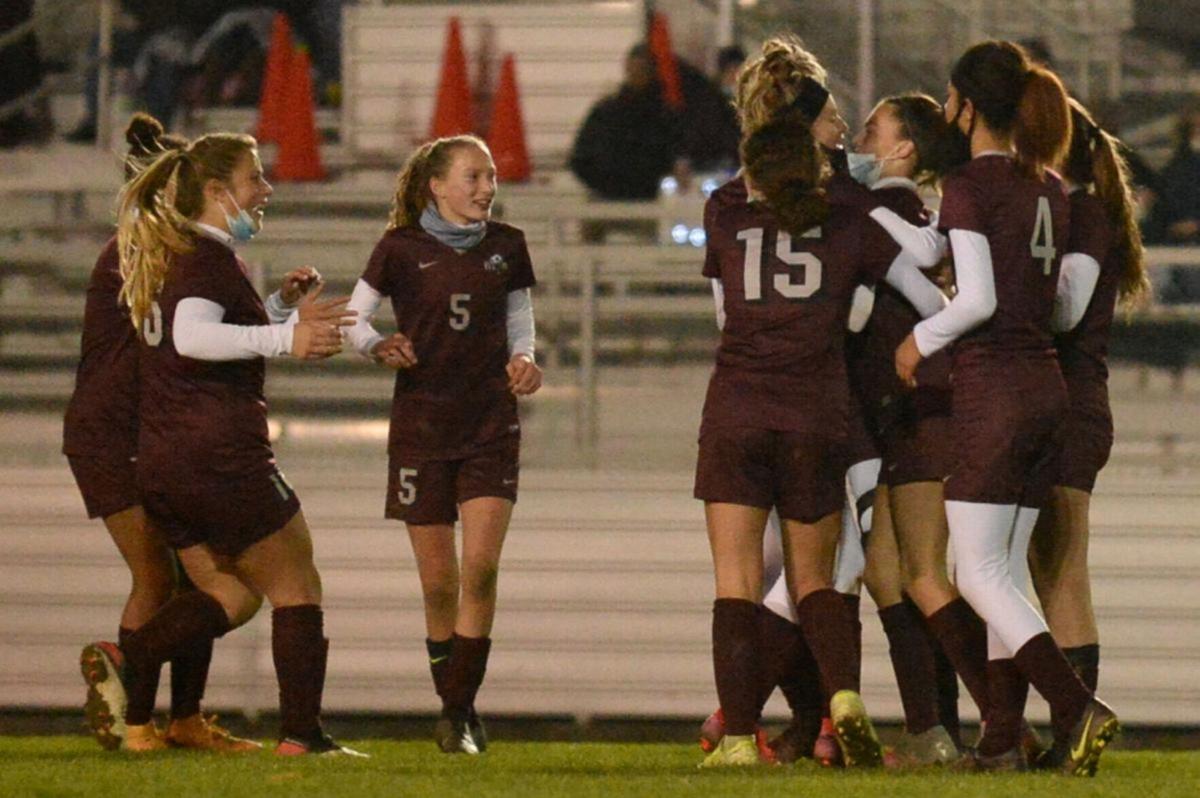 File Photo The Byron-Bergen girls soccer team advanced to the sectional championship game last season and looks to build further on that great season in 2021. 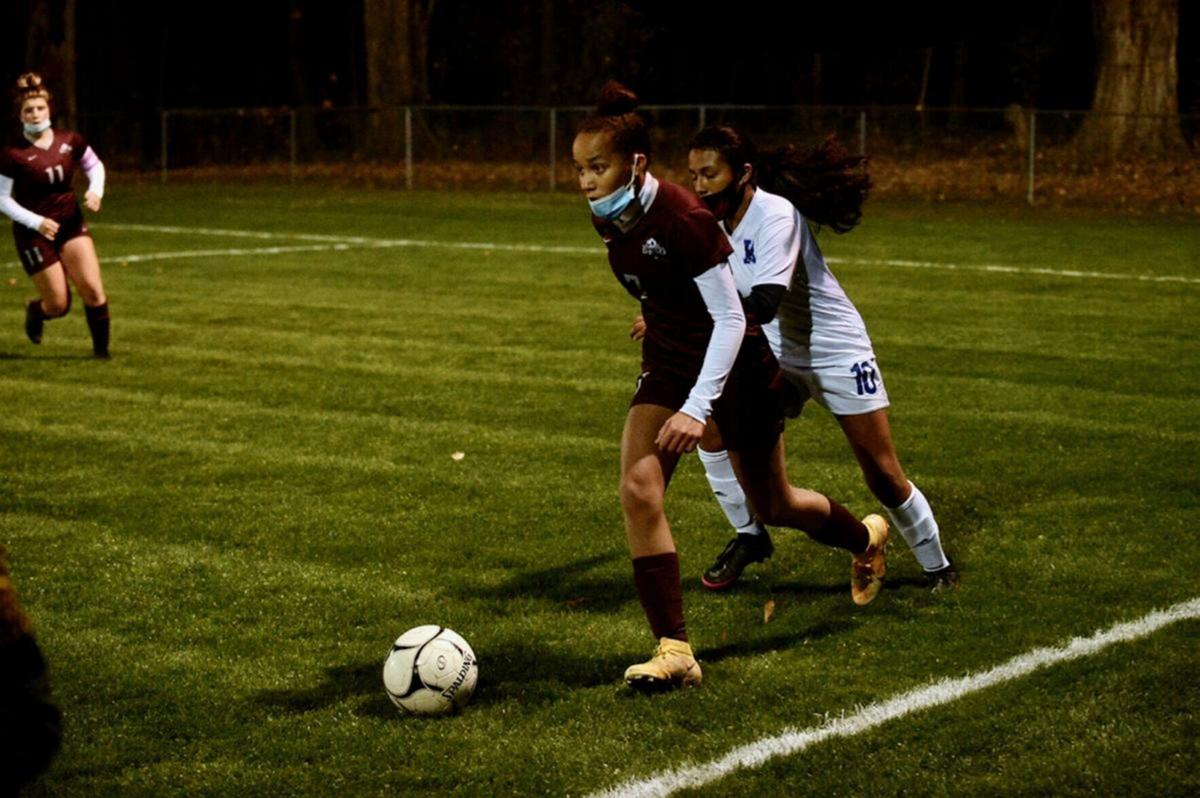 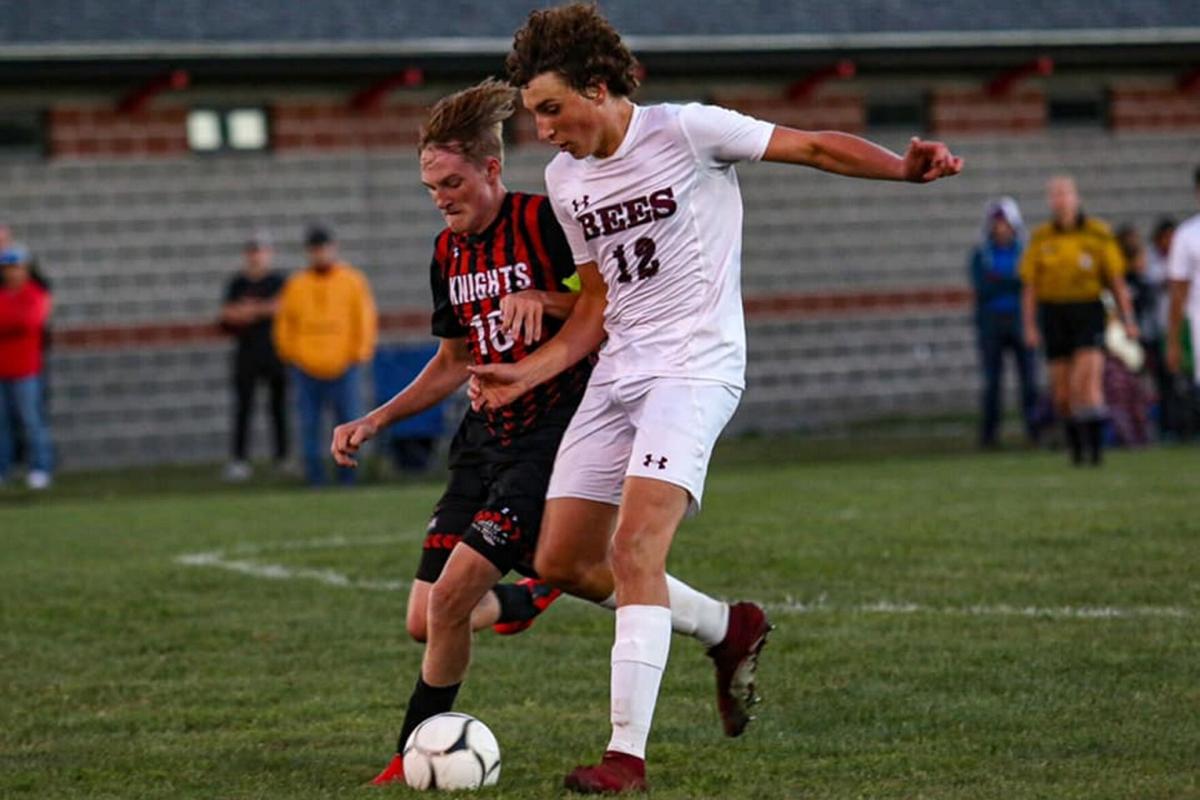 CourtesyByron-Bergen opened its season on Thursday night at Le Roy.

File Photo The Byron-Bergen girls soccer team advanced to the sectional championship game last season and looks to build further on that great season in 2021.

CourtesyByron-Bergen opened its season on Thursday night at Le Roy.

BERGEN — Year in and year out, you can usually expect one thing when it comes to local girls soccer — that Byron-Bergen/Elba will find itself firmly in the mix for a sectional title.

After battling through a tough start to the 2020 season, including being just 4-4 midway through last fall, the Bees turned it on when it counted. Byron-Bergen would go on to win seven games in a row and advance all the way to the Section V Class C2 title game, where it fell in heartbreaking fashion, 2-1, to a Geneseo team that had completely dominated its opponents all season.

However, a number of players from that 11-5 team have graduated, including a trio of Genesee Region League all-stars in longtime goalkeeper Hope Hersom, defender Bianca Brumsted and midfielder Eden Groff. That leaves things on the shoulders of a relatively youthful, but very talented, group of players this fall as the Bees look to continue their impressive run.

“We return a young nucleus of players that pushed themselves to the sectional finals last year,” head coach Wayne Hill, who is entering his seventh season, said. “We expect them to play with that same mindset this season. We can’t wait to see them in action.”

One of the few seniors with vast varsity experience this season will be Brooke Jarkiewicz, though after playing midfield last season, she will step into the goalkeeper position full time.

The youth movement will be led by eighth-grader Mia Gray, who scored two goals and had 10 assists last season on her way to earning a GR All-Star selection.

The Bees will also be bringing back a solid core of defenders from a team that allowed just 13 goals all season last fall.

Junior Ava Wagoner tops that list after she had a tremendous season playing outside defense in the fall; she will move to the inside to pair with freshman Ava Gray, who also played on the outside last season but will make the move to the inside as well.

Junior midfielder Kendall Phillips will also be a big addition this fall after she missed all of last season with a torn ACL. As a freshman Phillips scored four goals and added two assists in 2019.

A pair of sophomores will be looking to make their early marks on the program this season in midfielders Victoria Rogoyski and Megan Zwerka-Snyder, both of whom should step in and fill big roles.

Byron-Bergen started the season with a 1-0 loss to a tough Mynderse squad on Wednesday and will open it’s Genesee Region League schedule on Tuesday at Oakfield-Alabama/Elba.

In 2017, Byron-Bergen/Elba put together its best season of its tenure as a combined program, advancing all the way to the New York State Class C semifinals. And while the 2018 and 2019 seasons showed plenty of promise, the Bees would fall short in the sectional tournament.

Despite that, Byron-Bergen was consistently considered the top threat of the Genesee Region League and one that always has its eyes set on, at least, a league and sectional title.

Last season, in the COVID-condensed fall, things were very un-Bees-like.

With a relatively inexperienced team, B-B scuffled to a 5-10 overall record. The Bees won an opening round sectional contest, but were then throttled by eventual champion East Rochester in the quarterfinals. This year, the lofty goals remain the same and head coach Ken Rogoyski knows what it will take to get there.

“The Genesee Region is very well-coached, and full of amazing soccer superstars,” Rogoyski said. “The difference between first and sixth place is only a few goals, as every game is a battle to the finish. No team can afford to take anyone lightly. We will have to bring our best effort to every match if we wish to be successful, and that is what we intend to do.”

After last season’s disappointing end, the Bees look to be coming back this season tough, with nine returners, all of which Rogoyski says will be strong. Leading the way will be a pair of seniors in Caleb Carlson (a center-midfielder, who was named to the sectional all-tournament team in 2020) and Alex Donnelly (defender), as well as junior forward Gianni Ferrara.

Byron-Bergen opened its season on Thursday with a 5-0 loss at Le Roy and play at Batavia next Thursday before opening its Genesee Region League schedule on Tuesday, Sept. 14.

For head coach Rene Vurraro, taking over for longtime coach Cindy D’Errico, the 2020 season was fairly successful. The Bees finished at a solid 11-4, including wins over sectional finalists Alexander and Notre Dame.

The season, though, didn’t end the way that the Bees have become accustomed to as they were upset in the opening round of the sectional tournament by York. And for a program that has won five sectional titles since 2013, most recently in 2019, B-B is ready to get back to the top.

Leading the way back will be senior Lexi Vurraro, who finished her tremendous junior year with 291 assists, 42 kills, 64 aces and 46 digs. Vurraro was honored as the Section V Small-School Player of the Week twice last spring, while she has already recorded 1,000 assists for her career, reaching that mark as a sophomore.

Vurraro will have some quality help this year in fellow seniors Jorie Strzelecki (66 kills, 91 digs) and Grace Huhn (51 digs, 49 kills) for the Bees, who will have to replace a pair of graduated Genesee Region League all-stars in Kelly Ireland and Julia Pangrazio.

Ireland finished the season with 52 aces, 43 kills and 42 digs while being awarded the Genesee Region League’s Player of the Week twice; Pangrazio recorded 106 kills, 121 digs and 38 aces in the spring.

Byron-Bergen opened its season this week at the Gary Adler Tournament, while the Bees will begin GR play on Tuesday at home against Pembroke.