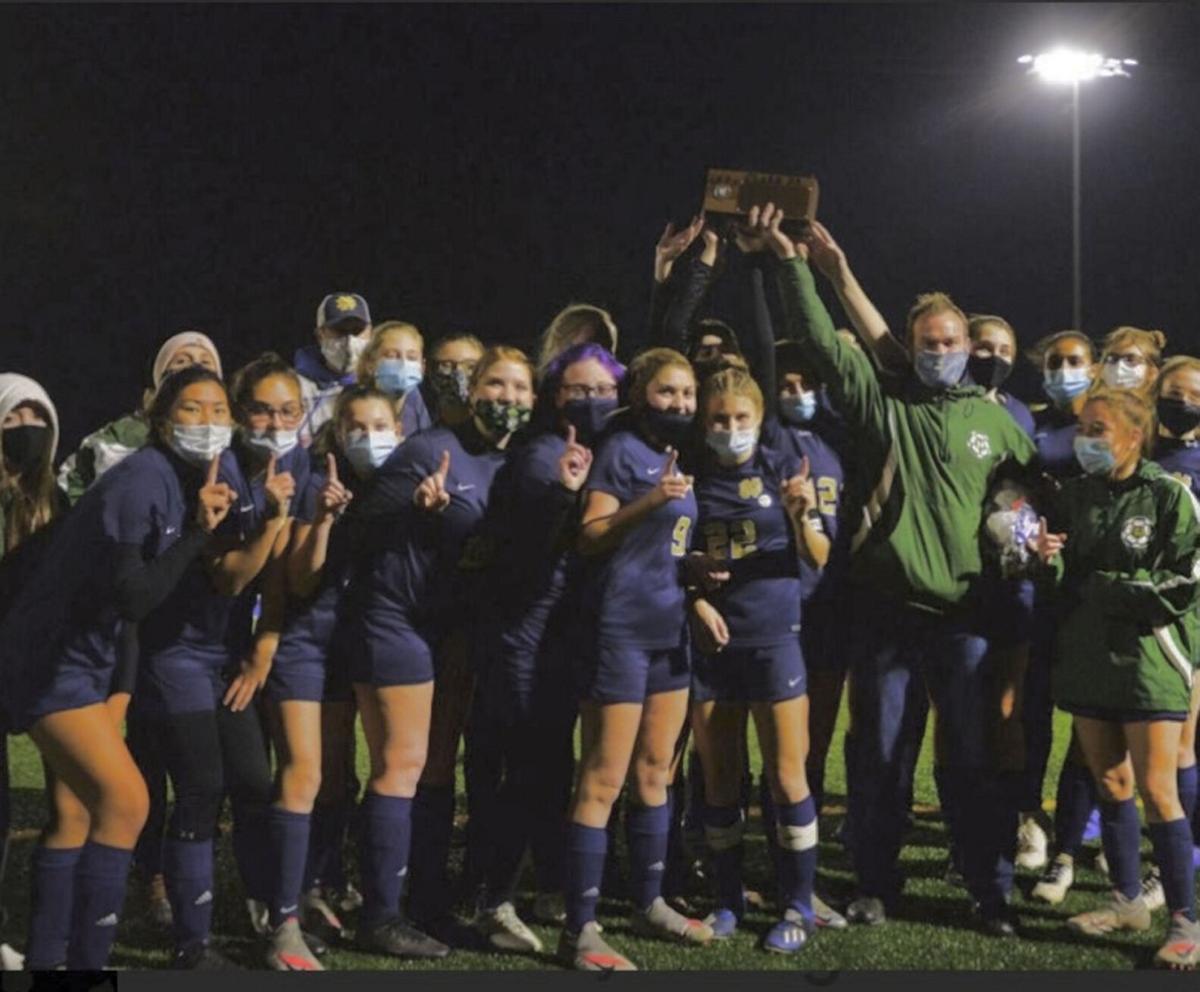 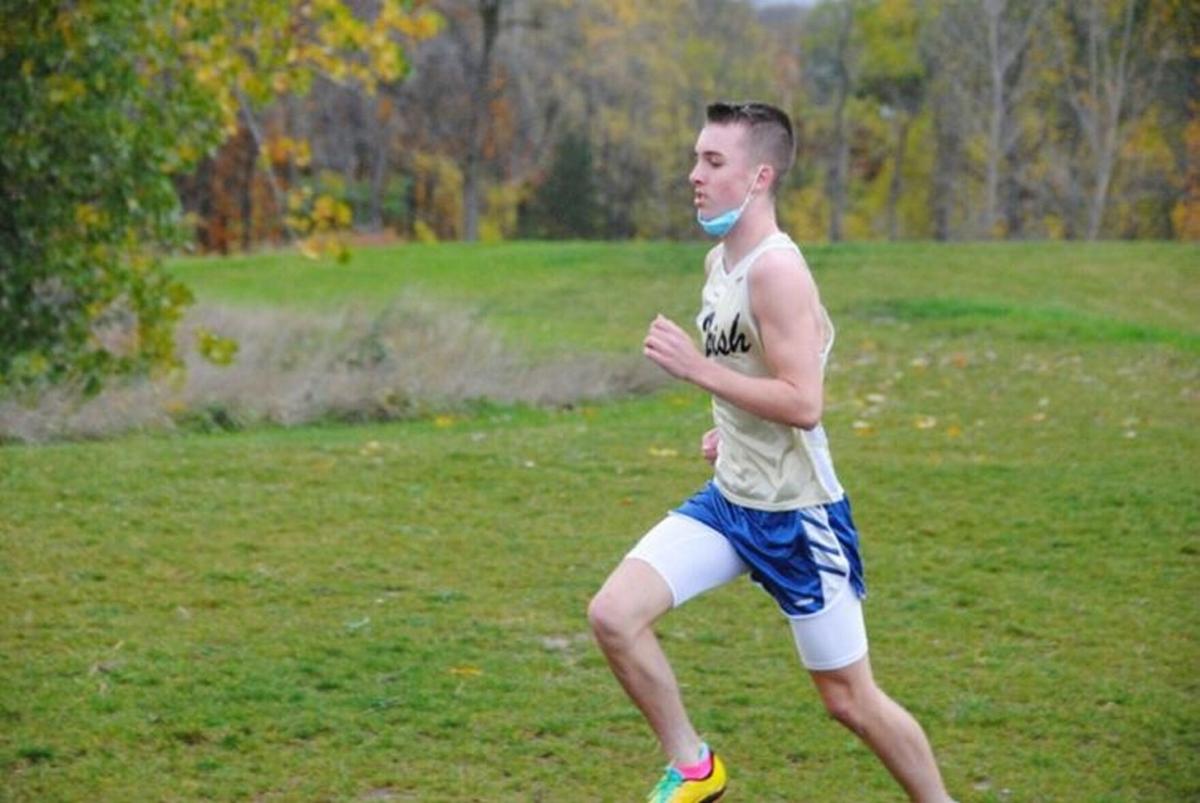 File Photo Jordan Welker will be the only returnee for the Notre Dame boys cross country team with varsity experience.

File Photo Jordan Welker will be the only returnee for the Notre Dame boys cross country team with varsity experience.

BATAVIA — While the first ever sectional title in program history last season for the Notre Dame girls soccer team may not have been a surprise inside the locker room, it likely was to a lot of people outside of the program looking in.

While extremely talented, the Fighting Irish looked as though they may have been one year away from making that magical run. Somebody forgot to tell them.

With a team featuring just two seniors, Notre Dame battled through a difficult fall league campaign, including losing its final three games of the regular season, before an impressive three-game postseason run when it outscored its opponents 10-0 to come away with the Class D2 crown.

“We’re looking forward to defending our sectional championship and adding an overall Genesee Region championship,” 12th-year head coach Jarrod Clark said. “The team has been working hard and hard work pays off when it counts.”

This year all of Notre Dame’s top scorers will return, as well as its top goalkeeper, as it looks to make it two in a row. Leading the way is the dynamic Autumn Mathisen, who had 12 goals and five assists last season, as well as Arabella Rogers (5 G, 4 A) and Emma Sisson (4 G, 5 A); GK Rebeka Nickerson allowed just over 1.3 goals per game last season and put together the three postseason shutouts on the way to the title. Nickerson allowed just 22 goals last fall.

Mathisen is a returning GR All-Star, the GR Division II Player of the Year and a second-team All-State selection, while Rogers and Sisson were both league all-stars in 2020.

The Fighting Irish will also see an influx of young talent to the team, led by sophomore midfielders Nina Bartz and Cayleigh Havens, eighth-grade defender/forward Clairissa Milimen and seventh-grade forward Luci Risio, as the program as a whole continues to grow.

“We are very close to having our first full JV squad this year as we have many new seventh-graders that are athletic enough to compete at the JV level, if not the varsity level,” Clark said.

Notre Dame opened its season on Thursday with a 4-1 at home against Attica in which Mathisen recorded a hat trick and an assist and Rogers also found the back of the net.

“Playing in the Genesee Region really prepares us for what’s to come when sectional time arrives,” Clark added. “With no easy games, I would say overall it is among the strongest of the regions when it comes to girls soccer.”

The Fighting Irish boys put together another impressive season last fall as they finished at 16-1 and fell just short of coming away with their third consecutive Section V title. However, this fall Notre Dame will have a completely new look to it.

The Fighting Irish grduated a number of talented seniors from those teams, including Section V 2020 champion Ben Skalny, as well as Andrew Ricupito and Zachary Babcock. This year, they will return just one runner with big-time varsity experience.

Junior Jordan Welker, a three-time GRAA/LCAA and Section V Class D All-Star will return to lead this young group after he finished in 14th at the Class D2 championship last fall.

Freshmen Gabe Mileham, Matthew Compton, Beckett Swanson and Cooper Banser will all be learning on the fly this season.

“Jordan looks to lead this team through the season and get them ready to be competitive in sectionals,” longtime coach Eric Geitner said. “There are a lot of great Class D teams, so we have a long uphill battle this year. The key for Jordan is to be consistent and smart in his training to step on the podium at the end of the season. Our freshman Gabe Mileham, Matthew Compton, Beckett Swanson and Cooper Banser will continually improve as they learn the 3-mile distance. You just never really know what you can get from a freshman, they are usually full of surprises.”

The girls will be coming off of a solid 8-9 season and will have a very small varsity roster, like the boys, this season with five girls rounding it out.

Junior Grace Mileham is the top returnee for Notre Dame after she was named a GRAA/LCAA All-Star last season as a sophomore.

This will be an interesting season as three of Notre Dame’s runners will be bouncing back and forth between two sports. Seniors Lindsay Weidman and Maggie Woodruff return to hopefully improve on the trails while also serving as key members of the volleyball team, while sophomore Kate Ricupito had a successful first season last fall running and will also be playing with the soccer team this season.

Junior Courtney Daniels will be entering her second season on the team and rounds out the starting five.

“Our team goal is to continually improve from last season and be competitive in sectionals,” Geitner said.