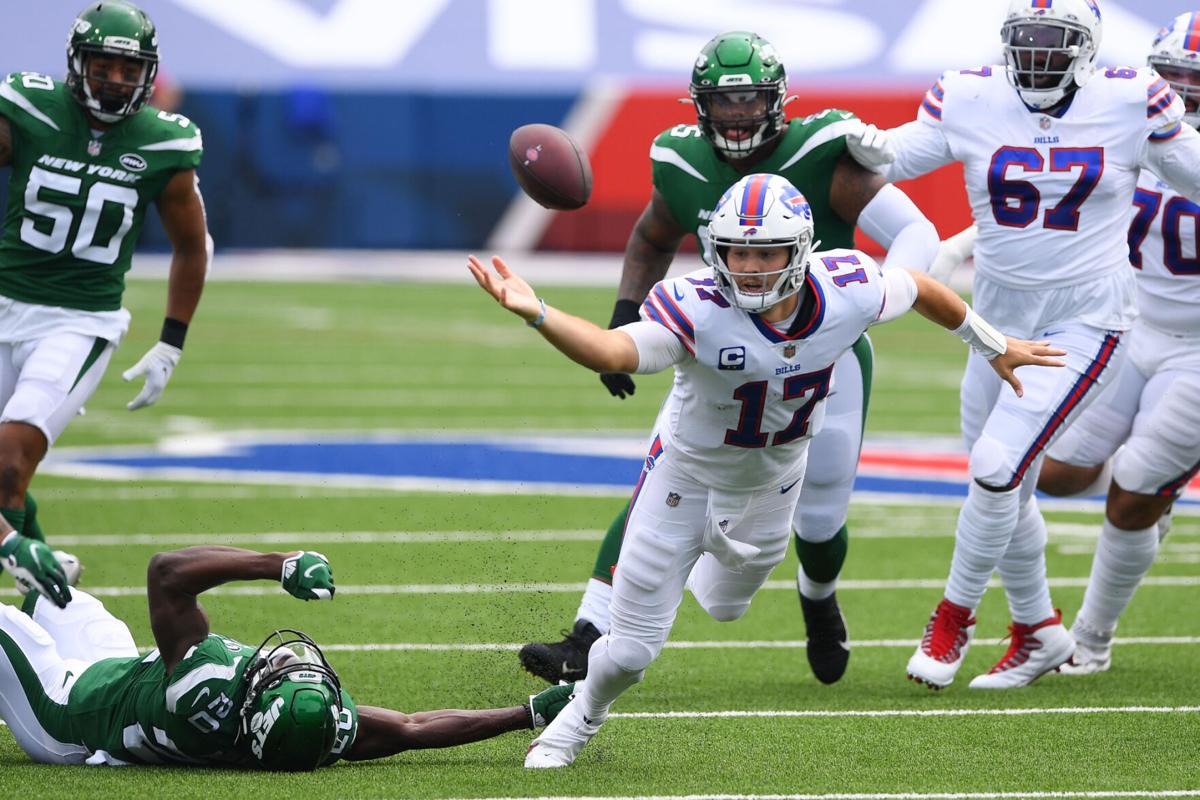 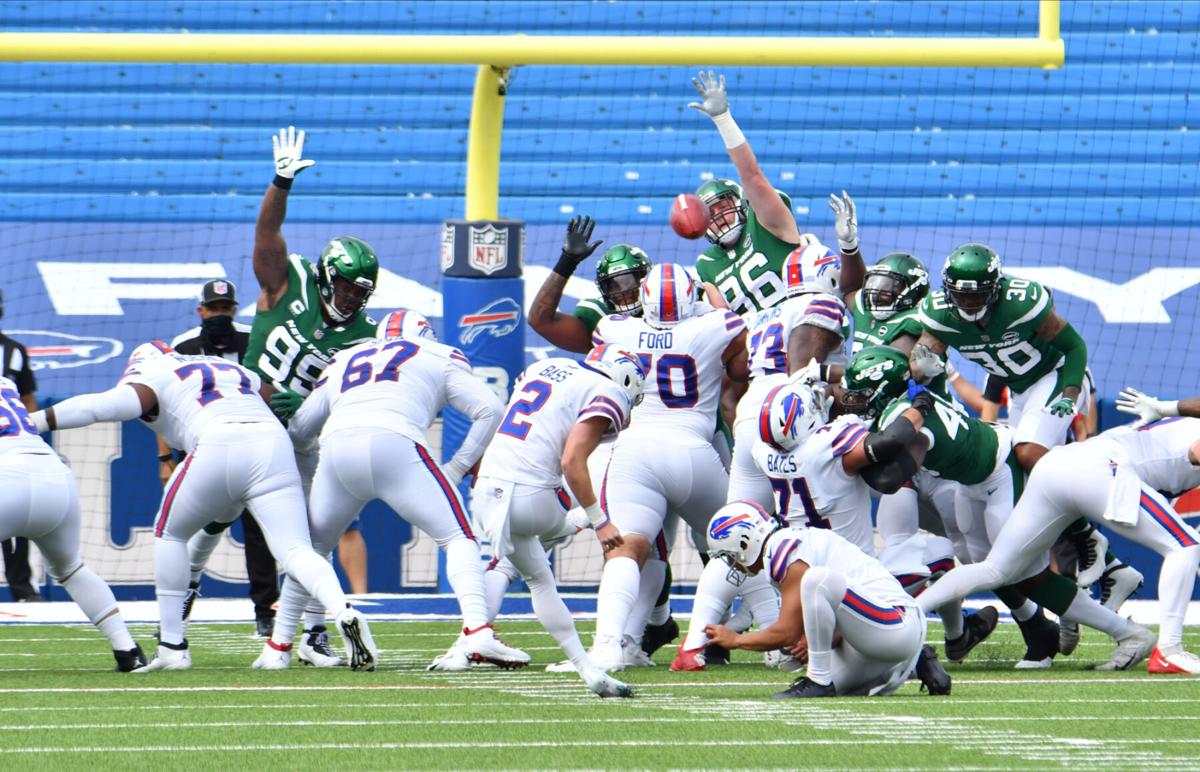 ORCHARD PARK — It wasn’t the prettiest of victories, but the Bills will take it.

While Buffalo appeared to be on their way to a massive win over the Jets on opening day, two Josh Allen fumbles and two missed field goals from rookie kicker Tyler Bass left this game in doubt to begin the fourth quarter, before a Bass field goal with 6:29 to play sealed what turned out to be a 27-17 Bills’ win.

There is plenty to unpack from this one, so let’s get right to it.

Some good. A lot of bad.

While at first, it didn’t seem as if Allen’s two lost fumbles would come back to haunt the Bills, they allowed the Jets to get back into a game which started with Buffalo out in front 21-0.

What appeared to be two first-half touchdown drives, both halted by Allen giveaways, both of which could have been avoided. At some point, Allen needs to learn that if he is going to run the ball as often as he does, he needs to start picking his battles rather than trying to initiate contact every single time.

There is nothing wrong with avoiding contact, sliding down, and living to fight another day. It certainly beats turning the ball over.

Enough of this hero ball. It seems to lead to too many negative plays, which we saw this afternoon.

Also, if you’re the Bills, you just drafted a rookie running back that appears more than capable of contributing at the NFL level, and you have Devin Singletary who had a few good plays this afternoon both through the run game and through the passing game.

It wasn’t a banner day for the Bills’ running backs, but they never really had a chance to get going. Every other play seemed to be a called run for Allen or an option play which ended with Allen pulling the ball out of the belly of the back and keeping it himself.

In short, running Allen over 10 times per game will not be sustainable, especially with him putting the ball on the ground as often as he has early-on in his career.

With the bad, there was also plenty good from Allen this afternoon, as he became the first Bills’ quarterback in 49 games to throw for over 300 yards in a single game and added a couple of touchdown passes. It was Allen’s first 300-yard passing game of his career, as he found eight different receivers on his way to eclipsing that mark.

Allen’s rapport with new receiver Stefon Diggs seemed to be on point, as Diggs caught eight of nine targets for 86 yards. John Brown also benefitted from Allen’s big day, recording 70 receiving yards to go with a touchdown on 10 targets. Cole Beasley, quiet to begin the game, was able to make his presence felt as well and finished with four grabs for 58 yards.

A big factor that played into the success that Allen and the Bills’ passing game found against the Jets was their work in the screen game, which included catches from Singletary, Moss, and even tight end Dawson Knox, who took a tight end screen 11 yards and inside the red zone for a first down during the Bills’ first scoring drive of the afternoon.

Allen appeared more at ease in the pocket than he was a season ago, and seemed to have a greater command of the offense. As a result, the Bills were able to absorb his questionable decision making in the run game and come away with a convincing win on opening day.

The absence of a veteran kicker was certainly felt by the Bills, as Bass’ struggles were apparent, missing the first two field goal attempts of his career, and his first make barely squeaking inside the right upright.

You had to expect growing pains for Bass, but I doubt anybody expected him to miss two chip shot field goals in his first professional game.

Nowhere to go but up for this kid. There is no need to panic.

Boy, was this a sound performance from the Bills defense.

Three sacks, one forced fumble, one interception, and a near shutout in the first half, the Buffalo ‘D’ appeared as advertised against Sam Darnold and the Jets’ offense, who struggled to move the ball all day long.

Not much else to say, as this was expected.

Matt Milano left the game with a hamstring injury and Tremaine Edmunds was later removed with a shoulder injury. Micah Hyde went down with minor ailments a couple of times during the game as well, but returned and fielded the game-clinching onside kick with under a minute to play.

While Hyde appears to be fine moving forward, Edmunds’ and Milano’s status remain in question.

With continuity and experience within the Bills’ system being one of the team’s major strengths this season, keeping their starters healthy will be of the utmost importance if this team hopes to make a deep postseason run.

Although also equipped with adequate depth, potentially losing two of their starting linebackers for an extended time, just one week into the season draws plenty of cause for concern for the Bills.