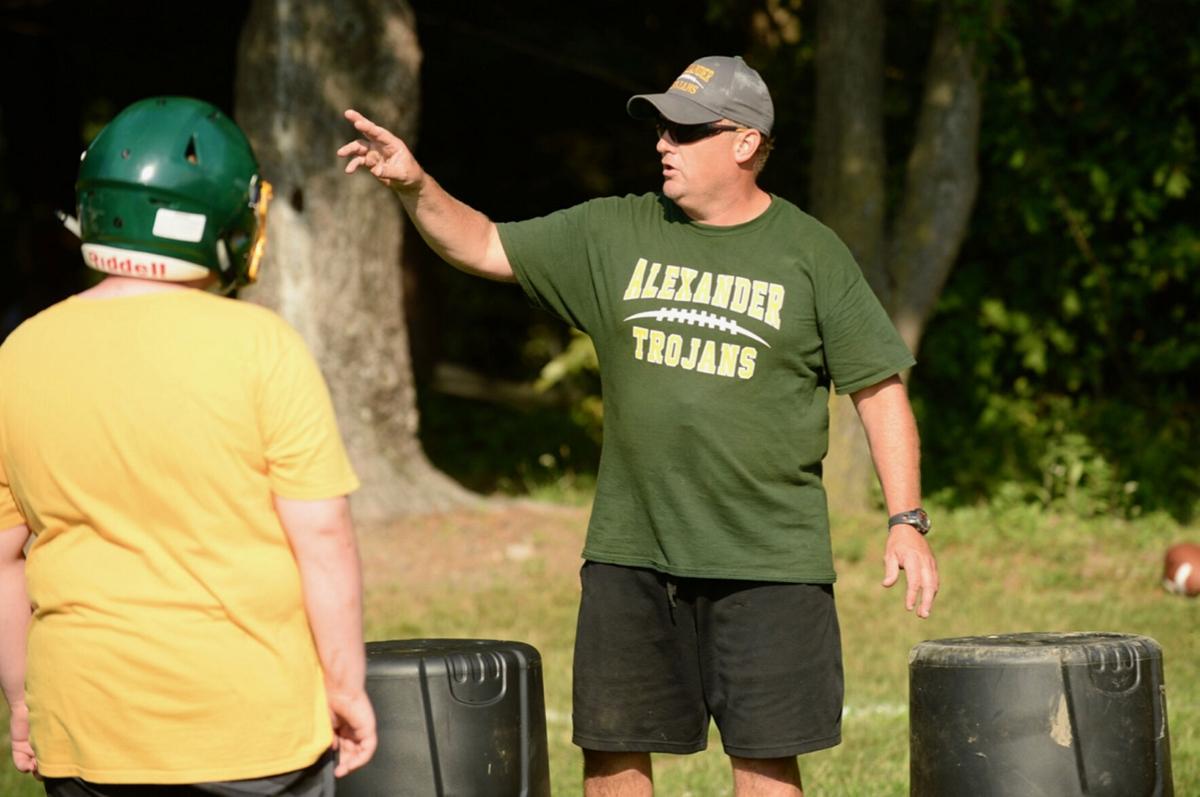 File photoAlexander’s Tim Sawyer is just one of the many coaches that will be counted on in the spring as football sees a new normal. 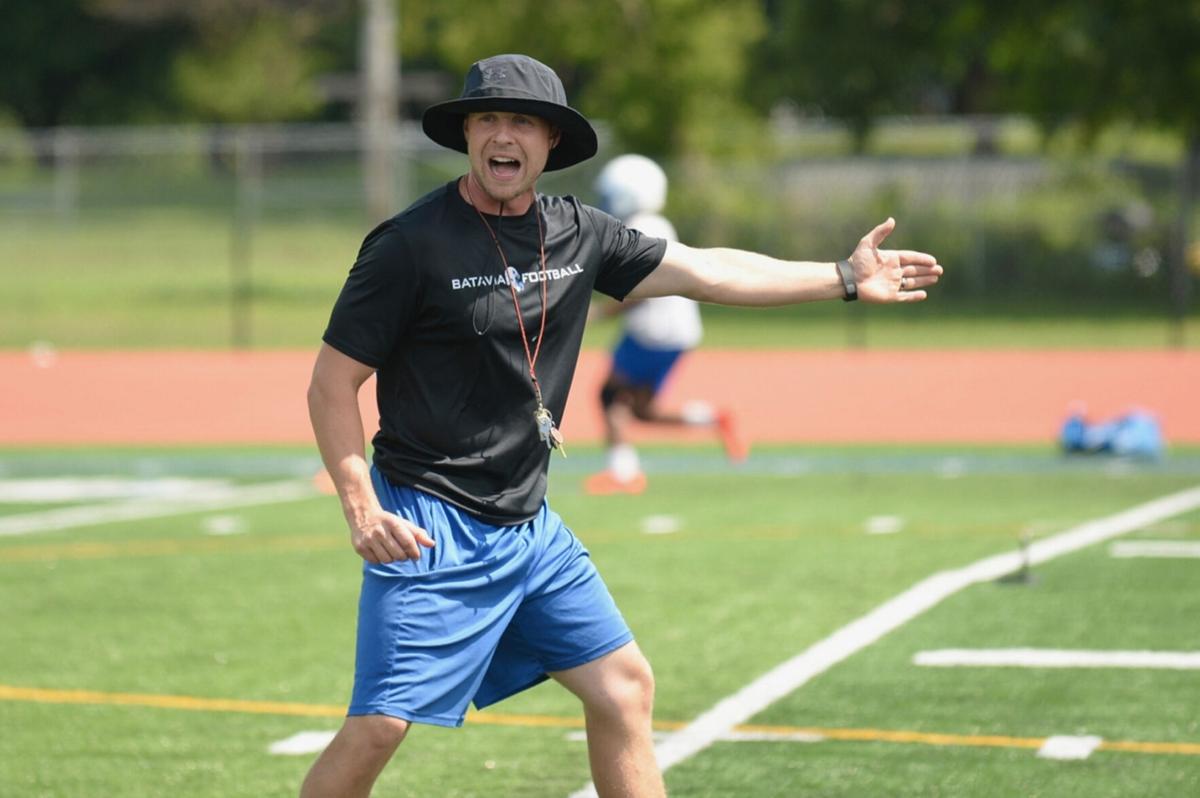 File photoBatavia head coach Brennan Briggs is disappointed that the fall season has been moved but is trying to look on the bright side. 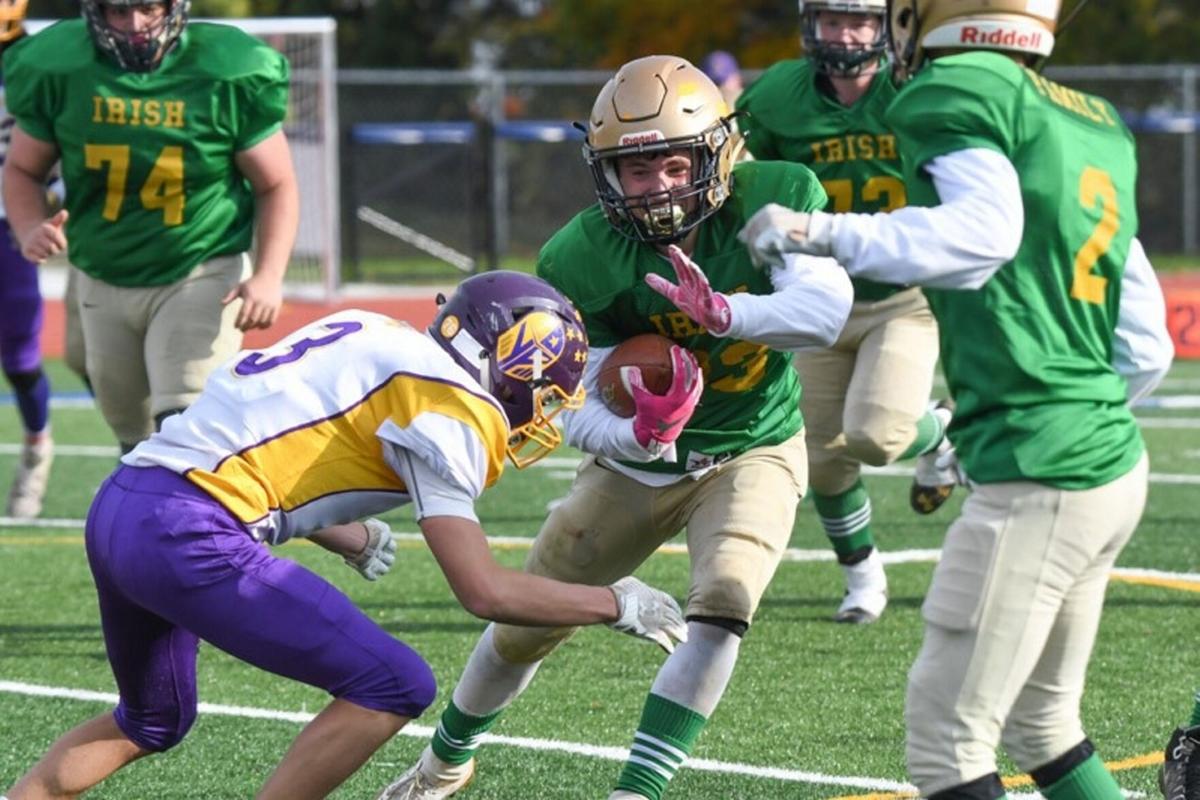 File PhotoThe official NYSPHSAAl announcement has been made that football will not be played in the fall.

File photoAlexander’s Tim Sawyer is just one of the many coaches that will be counted on in the spring as football sees a new normal.

File photoBatavia head coach Brennan Briggs is disappointed that the fall season has been moved but is trying to look on the bright side.

File PhotoThe official NYSPHSAAl announcement has been made that football will not be played in the fall.

As of the start of this week, 35 states have begun or are planning to begin a fall high school football season, including many in the Northeast and surrounding areas. Ohio and New Hampshire have been playing since late August and early September, respectively, while Pennsylvania will start on Friday, with Delaware and New Jersey both coming in October.

While cases in New York State continue to drop and have become some of the lowest in the country, a number of states — including Ohio and Pennsylvania — have seen an increase in numbers of recent weeks, yet the games will go on. At least for now.

On Wednesday night, the New York State Public High School Athletic Association announced that football, along with volleyball and competitive cheer, would be delayed until March 1, of 2021. Following guidance from Governor Andrew Cuomo’s office, the state will still be allowing ‘low to moderate risk’ sports to begin on September 21.

“We’ve spent two days speaking with nearly 500 athletic directors across the state and it’s clear that administering high-risk fall sports during the COVID-19 pandemic presents a significant challenge for our member schools,” said Dr. Robert Zayas, NYSPHSAA Executive Director, said in a press release on Wednesday night. “These are unprecedented times and unfortunately, difficult decisions will have to be made to address this ongoing crisis. We continue to stay committed to providing support to our member schools and quality participation experiences for the students we serve.”

This decision, obviously, has drawn the ire of several local coaches who felt that the season could have gone on as originally scheduled.

“I’m very disappointed with this news. With such a low percentage of active virus cases and the September 21st date approaching I thought we were going to have this fall season,” Alexander head football coach Tim Sawyer said. “There is risk in anything we do in life. I think of a quote from William Shedd: ‘A ship is safe in the harbor, but that’s not what ships are for.’ I believe people are healthiest when moving, sharing, caring, helping, interacting and being challenged. These things are good for the body, mind, and soul.

“I thought with everyone doing their part and effective screening and personal hygiene we could get back to living again. So, I am disappointed,” Sawyer added. “I really wish that the spring sports of baseball, softball, tennis, track and golf all started on August 24th. These teams and athletes would be safely competing in this beautiful weather outside right now. The overlap from the high risk sports would not be an issue in this upcoming spring.”

As of Thursday night, there have been no reported cases of a significant community spread of the COVID-19 virus following a high school football game.

Meanwhile, teams in Utah have been playing for nearly a month, with teams in Alabama, Indiana, Tennessee all playing for over three weeks, with a plethora of other states having been playing for two-plus weeks. All states that have a higher or similar COVID-19 rate than does New York.

“While we have to make the best out of a bad situation I have so many questions,” Notre Dame football coach Joe Zambito said. “What will change between now and March? What are these athletes in small schools supposed to do for the next three months? Why did the powers to be wait so long on this decision when apparently they made up their mind awhile ago, considering the dwindling COVID numbers. Did anyone really look at the COVID data? Were the athletes the number one thing on the agenda?”

At schools such as Notre Dame and those of that size, pushing football, as well as volleyball and cheerleading, to the beginning of March will pose quite the problem with spring sports scheduled to start just seven weeks later.

“Small schools are in a bit of a jam,” Zambito added. “With basketball, football and baseball so close and crossing over. This will not be easy but again we received lemons, I guess we make lemonade. I would love to see at least some 7-on-7s in the fall. To say I’m disappointed is a huge understatement.”

In terms of football, last week the state of Michigan reversed its previous decision and has plans in place to play football this fall. First practices on the gridiron began this week.

Early this week, Colorado’s governor came in out in support of doing the same thing and it’s possible that the state will re asses playing football in 2020.

Seeing so many states moving forward, including some in close proximity to New York State, rightfully has man coaches miffed as to the decision by the NYSPHSAA.

“I am upset with the news regarding the delay of a football season, but as I always preach to my athletes, we need to control what we can control,” Batavia head coach Brennan Briggs — who always says that the first day of football is like Christmas — said. “You choose your response to every event, and your response will determine the outcome. Complaining about the decision does not help the cause. It now becomes an opportunity for the athletes to focus on their schoolwork and prepare for the spring football season when it comes. I am hopeful that we will be allowed to resume off-season lifting and workouts by the end of the month. As soon as we receive guidance, we will maximize any opportunity given to us to allow our players to have team workouts and prepare for some March Madness on the field.”

One of the major questions that has come up — along with how the time line is going to work in the spring — is whether or not those athletes that were originally going to play football in the fall could play another sport in 2020 and still play football come spring?

Either way, playing football in March and having to turn around to play baseball, or run track, etc. less than two months later won’t be easy.

“Thankfully, they pushed the start date for the Spring sport season to April 19th. So it is my understanding that kids can still participate in football and their spring sport if they choose to,” O-A/Elba head coach Ty Winter, who was set to begin his first season at the helm, said. “While this is not the situation any of us want to be in, I am just thankful we were finally given an answer to the question ‘what will football look like this fall?’ Over here at OAE, we are going to start to prepare for March and make the best of the situation. I’m just thankful that a football season for our seniors is still a strong possibility, regardless of what time of year it is.”

With the schools in this area, the inevitable challenges that come with what the state is referring to as ‘Fall II’ overlapping with the traditional spring season will not be easy to tackle.

Schools that play in Class D, Class C or even Batavia in Class B are equipped with enough student-athletes that would aptly suit filling out rosters of both football (or volleyball or cheerleading) with a spring sport without those athletes trying, or wanting to play bot. In more cases than not it simply isn’t feasible, and that doesn’t even bring into account the possibility of injuries that would not have time to heal.

It is arguably not ideal at all.

“The way it is, I believe the small school teams are greatly affected,” Sawyer said. “The overlap of football and baseball is tough as well as football and track. We share the same athletes. Seasons will be shortened and prep time lessened. It is the time we are living in. However, New York State does have a responsibility to protect it’s students.”

While disappointed that his program won’t get to play during the fall, Avon head football coach and LCAA Football Spokesman Andy Englert was appreciative that they will be able to compete in March.

“Right now the decision was probably for the best,” Englert said. “This way now gives us a little more time to prepare with our kids for the season in March. We would have loved to play this fall but honestly without any guidance like other sports had, it would have been difficult not knowing whether we would be practicing for nothing.”

Englert is happy that all his seniors in all three sports — football, volleyball and cheerleading will be able to compete during the second phase of fall sports in March.

“The hardship goes through the seniors not knowing but now they understand that they will, in fact, have a fall season — it’s just going to be delayed a few months.”