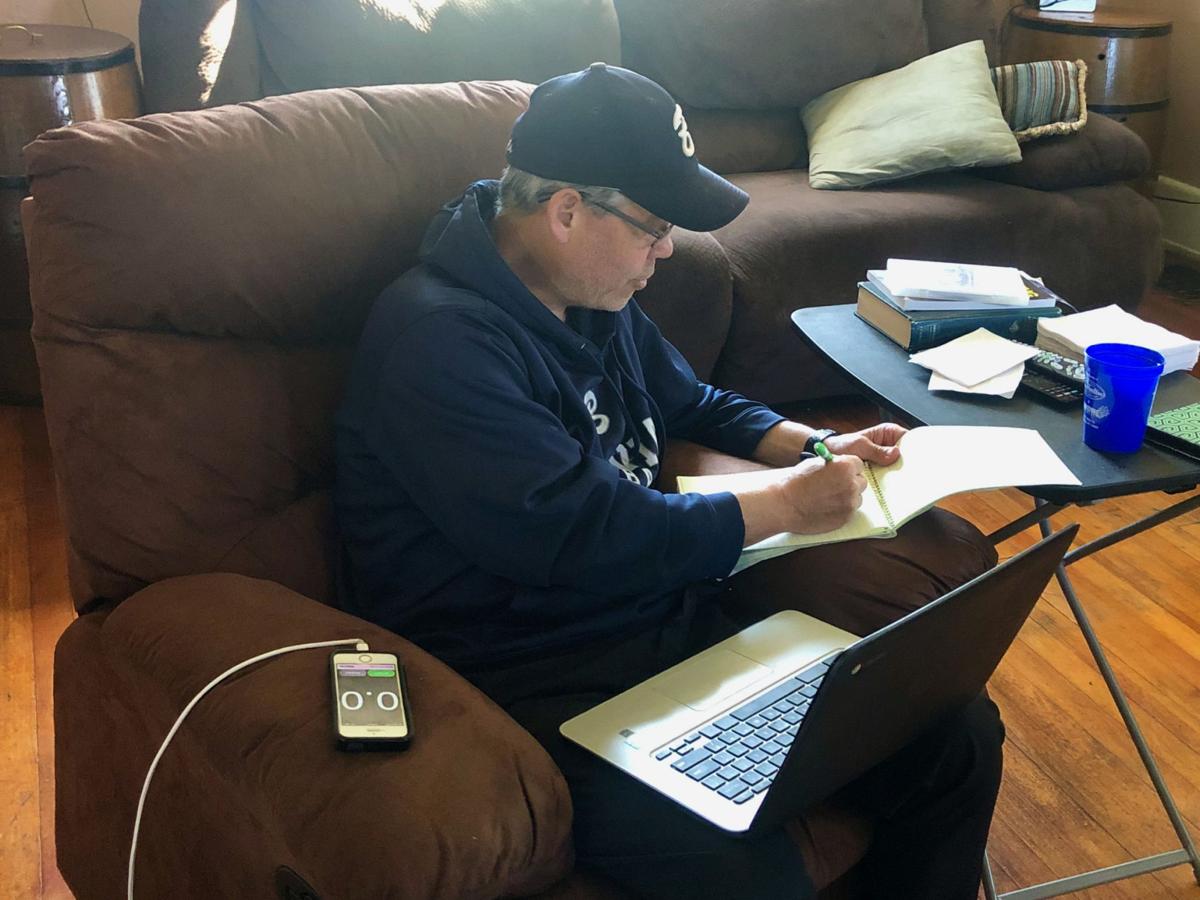 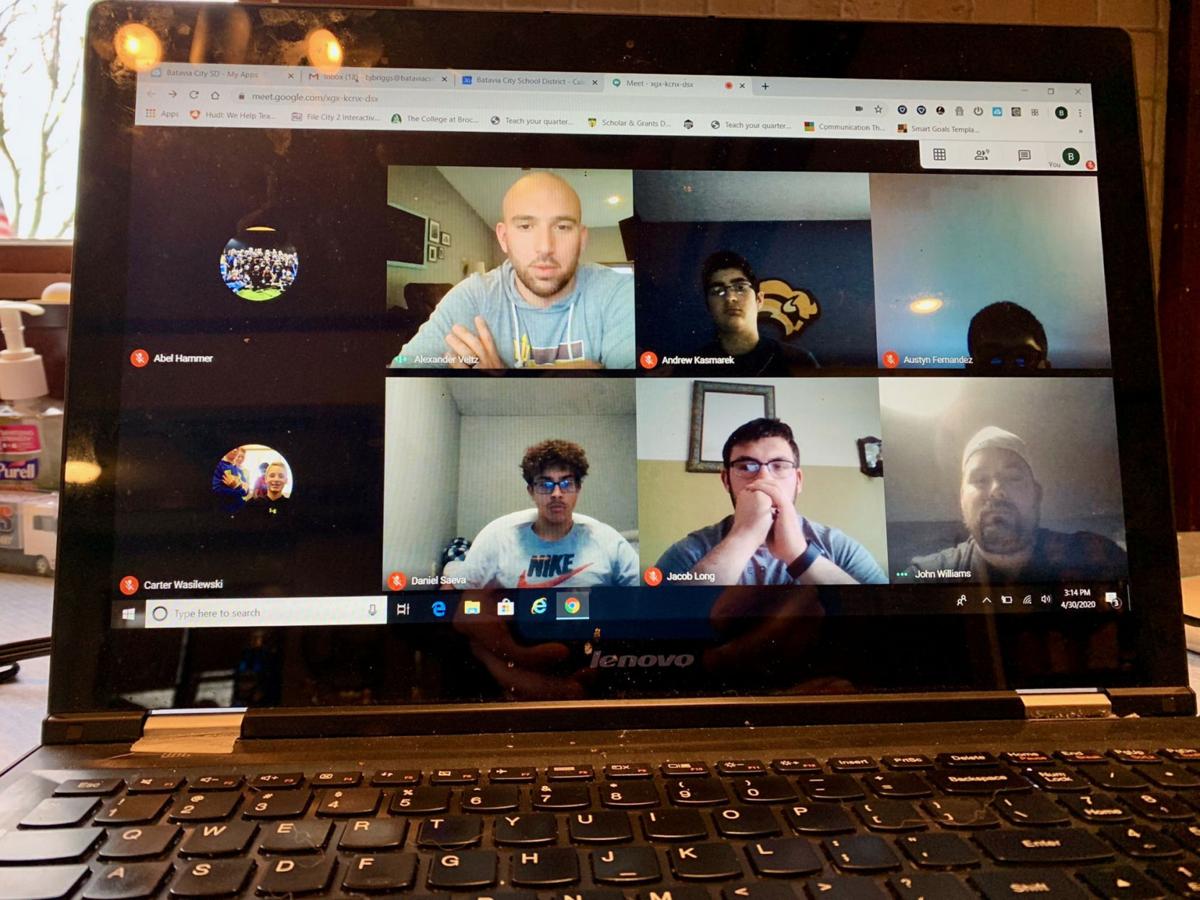 Twitter Batavia football coach Brennan Briggs has been spending time with his coaches and players via virtual conference sessions. 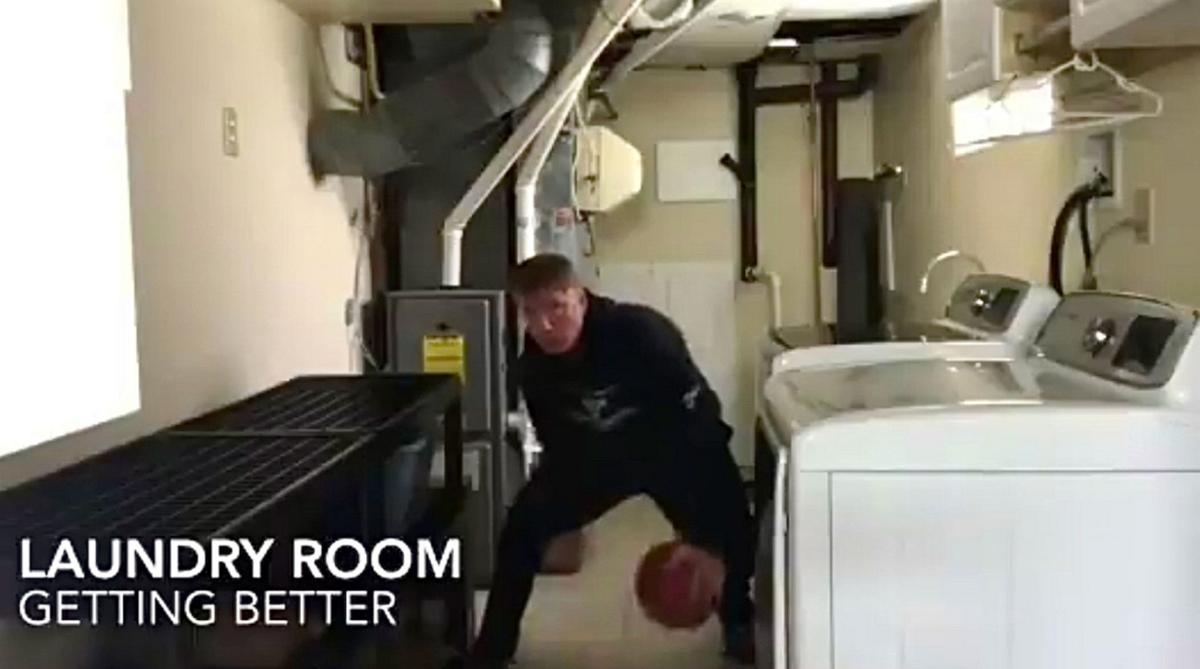 Twitter Batavia football coach Brennan Briggs has been spending time with his coaches and players via virtual conference sessions.

BATAVIA — For coaches at all levels, the key to any success they are to achieve on the court, as well as in the relationships they build with their players off the court come down to one simple factor - communication. That communication between players and coaches has been as difficult to come by as ever due to the COVID-19 pandemic, and many throughout the high school and college realm have turned to social media to keep things rolling.

“Although it isn’t the same as meeting in person, I believe the culture we have established in this program helps hold these young men accountable,” said Batavia football coach Brennan Briggs. “The everyday contact with our young men (is important). We coach to develop relationships and make a positive impact on their lives. It’s difficult not being able to interact in person everyday. I miss every one of them; from our staff to our players.”

Briggs, along with many other local coaches, have been employing a variety of approaches to keep themselves and their student-athletes involved. From online coaching clinics, to position meetings, to virtual ball-handling sessions, creativity has been important during these trying times.

“We’ve gone thru a few iterations of what we thought would be a successful way to get instruction, direction, and organization out to athletes looking to work on their games,” said Elba girls’ basketball coach Tom Redband, who recently created ‘Redband Basketball’ - an online non-profit brand which promotes basketball instruction.

“I initially created a Google Classroom with week-to-week instruction and a tracking guide, and I really liked it, but it just didn’t reach a large enough audience or was too difficult for people to get signed on,” added the Lady Lancers’ head coach.

With help from his brother, former Batavia High School 1,000-point scorer and outgoing Daemen College senior baller Jeff Redband, as well as his wife Marci Redband, Coach Redband has begun providing instruction via videos he has posted to YouTube and Twitter. By way of all different types of social media, Redband has circulated instructional videos which include various drills along with commentary for the basketball player, coach and parent.

“We like the concept of being able to help any athlete or coach get better, no matter where they are” added Redband. “We love working with serious athletes who are eager to improve, so we figured what better way to make ourselves available to anyone in the world than through this online platform?”

Also utilizing online platforms such as Zoom, Twitter and Facebook, Batavia boys basketball coach Buddy Brasky has been doing his best to keep things interesting for his players, who he says are missing valuable offseason activities during this pandemic.

“The focus of our Zoom sessions have been stationary ball-handling and also just to get together as a team and have some fun,” said Brasky. “We do some NBA trivia questions at the end of each session and just try to keep it light.”

Brasky says the most-valuable items of the offseason, which include both spring league and various AAU tournaments are important in developing his team for the coming high school season. At the college level, for Genesee Community College men’s basketball coach Terry George, those AAU tournaments are increasingly valuable as they typically help college coaches round out their recruitment of the incoming and future freshman classes. George says he and his staff have been taking to social media to help fill the void.

“We are using social media more than ever to communicate and stay connected with our players and potential recruits,” said the Cougars’ head coach.

George went on to say how he Instagram has been big in his effort to connect with current and potential student-athletes.

“With (students now a days), Instagram is probably where you will get the quickest response to any question you have,” he said. “Instagram seems to be the (social media that students) check most frequently. Twitter and Facebook are also in use by (my staff and I) regularly to stay engaged with the guys.”

George says he and his staff have also used video conferencing applications, such as Zoom to engage with recruits and their families.

“Being able to have some type of face-to-face interaction really has worked,” said George. “The potential student-athletes like the fact that they can look you in the face and ask their questions.”

For George and other college coaches, another added difficulty has been staying in touch with potential suitors for their outgoing sophomores.

“Social media is also being used to connect with the four-year schools for potential exposure and recruitment (of our sophomores). We are posting videos and highlights of our players, anticipating that they’re being seen by four year colleges/universities,” said the GCC men’s coach, whose program has its own Twitter and Instagram page. “That’s in addition to the phone calls, emailing and texting that (typically) goes along with reaching out to coaches.”

While George and other area coaches are making the best of an impossible situation, there are a few things that can’t be replicated virtually.

“I’m most looking forward to getting back into the gym with the guys,” added Coach Brasky. “The offseason is where we build camaraderie as a team.”

Coach Redband says the physical contact with his players has been the most-difficult to replace.

“Not having structure with the kids and parents certainly is tough on programs like ours,” said the Lady Lancers’ head coach. “It’s tough to duplicate that via text, call, or email - you just don’t get as much response naturally.”

“The relationships and competition,” he said.

George says that, even when we do regain some sense of normalcy, things will not be how they once were.

“It’s going to be different,” said the Cougars’ men’s coach. “But having some kind of routine will really help, along with being back in the gym.”

With everyone waiting for a return to normalcy, coaches are doing what they can to keep everyone in their programs’ involved and engaged, with hopes that the upcoming season will remain unchanged. However, with so much left up in the air, it’s tough to say how long these coaches will be forced to use social media as a replacement for real, human interaction.

Nonetheless, it’s good to see local athletes are being provided with as much instruction that can be had during what are unprecedented times. Kudos to these coaches, and the many others out there for getting creative during a time where creativity is key.

Themselves, their players and their programs will be better for it in the long run.