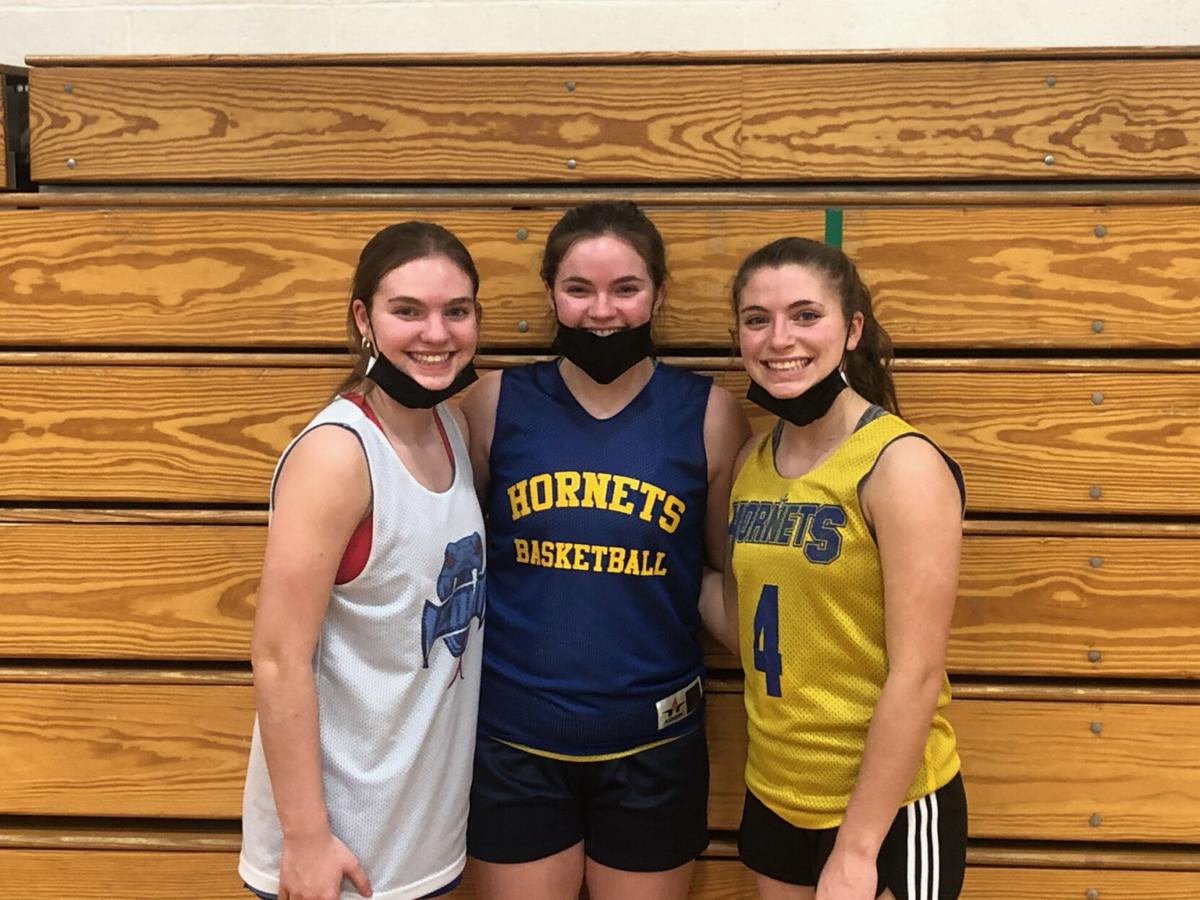 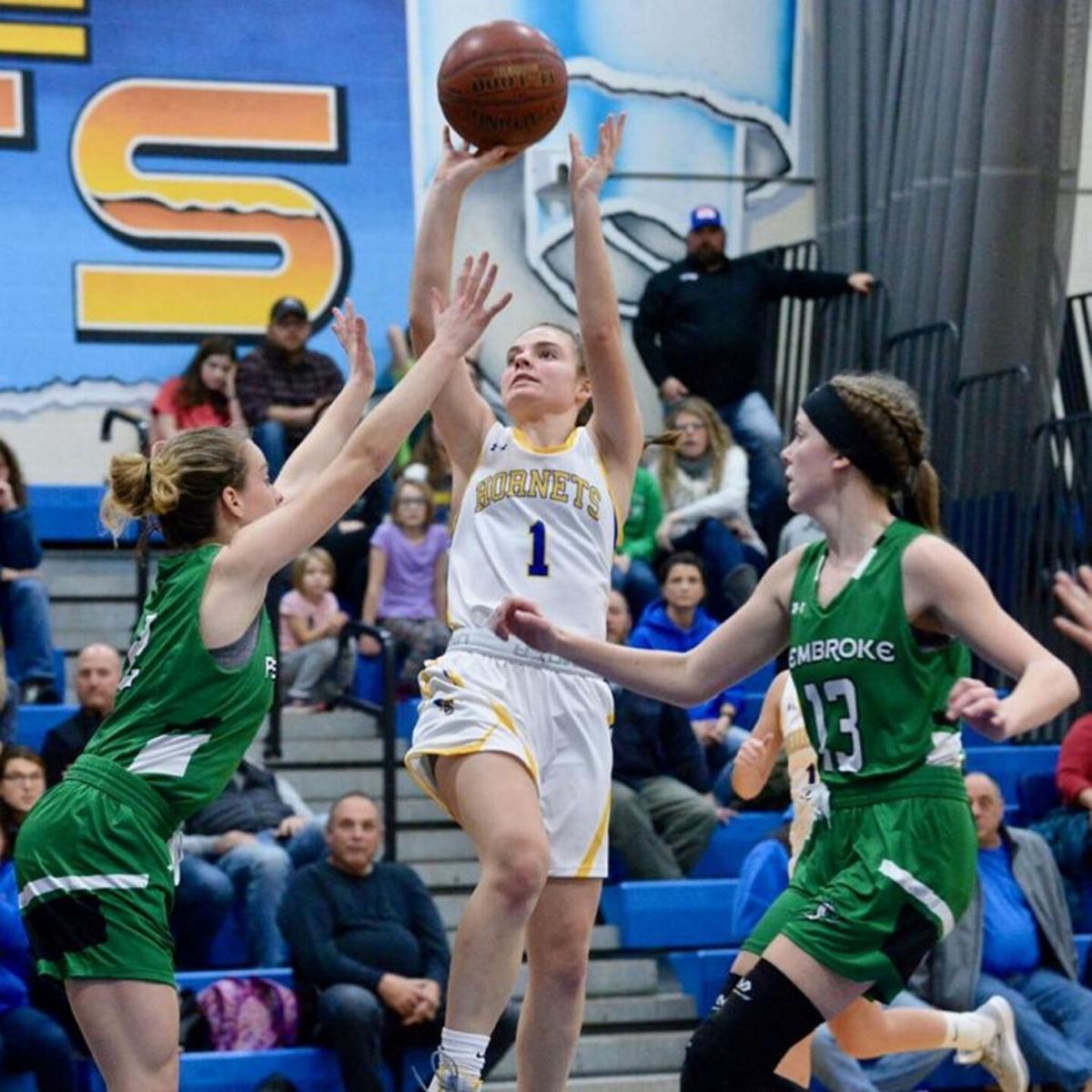 File Photo Brooke Reding, along with triplet sisters Josie and MaKena, will all be key parts to the Hornets this season. 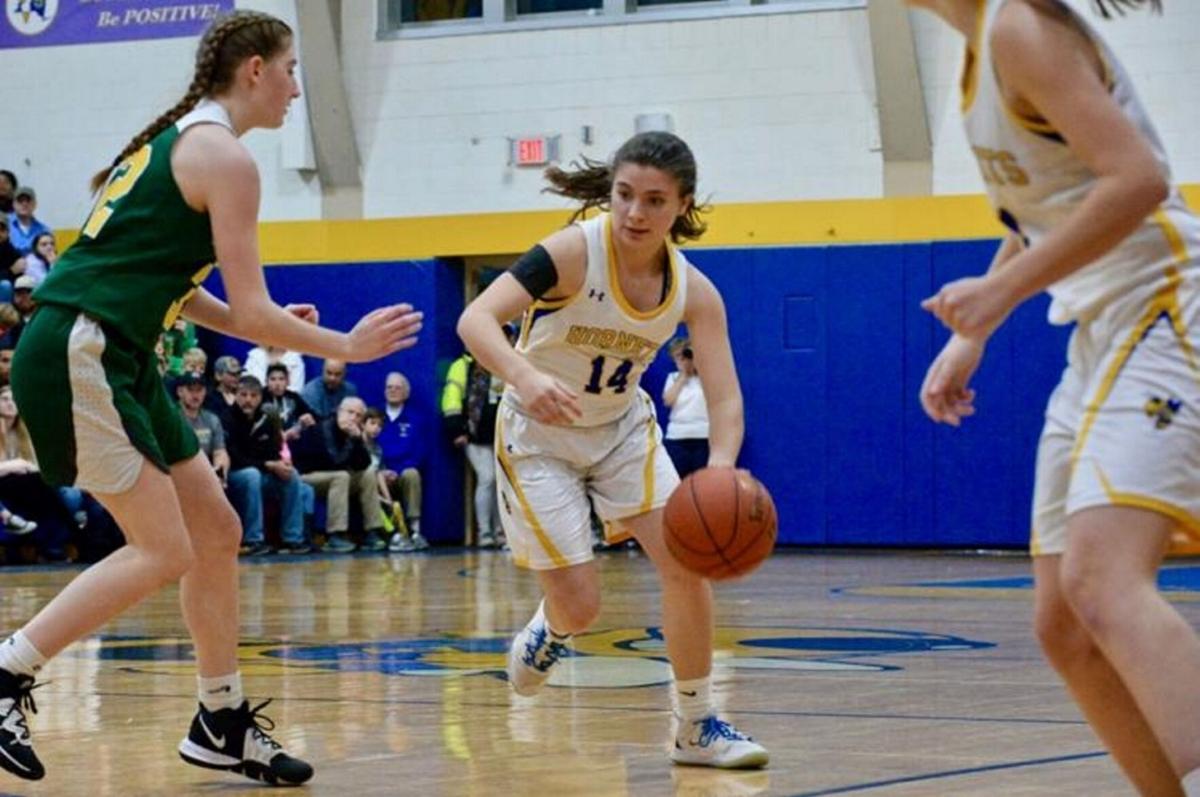 File photoOf the triplet sisters, MaKena Reding has been the leading scorer so far through their varsity careers. 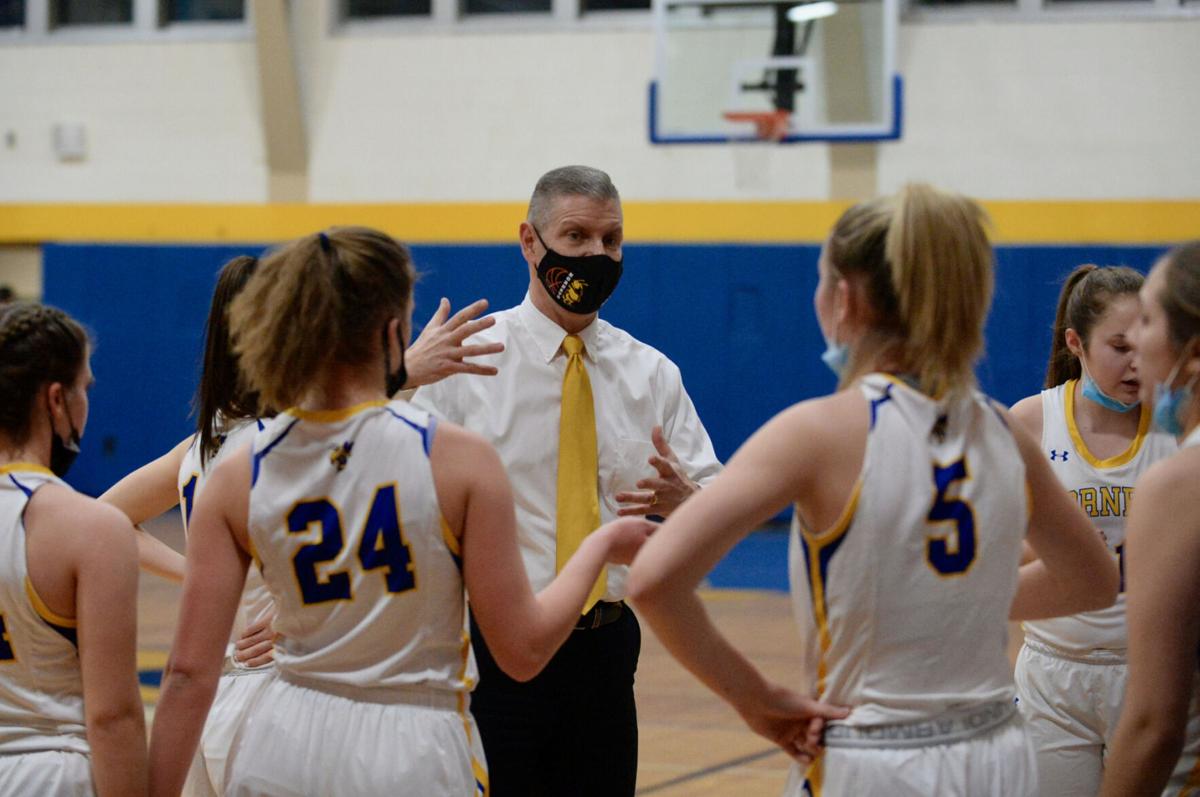 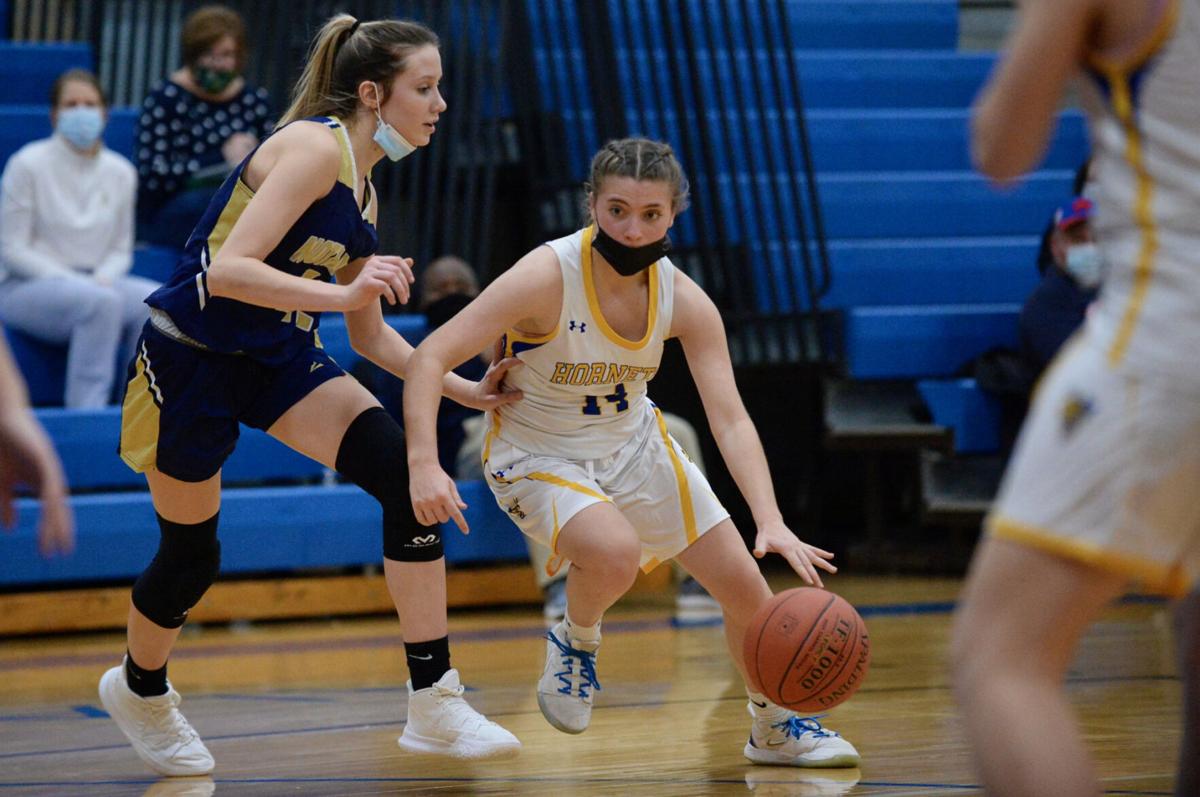 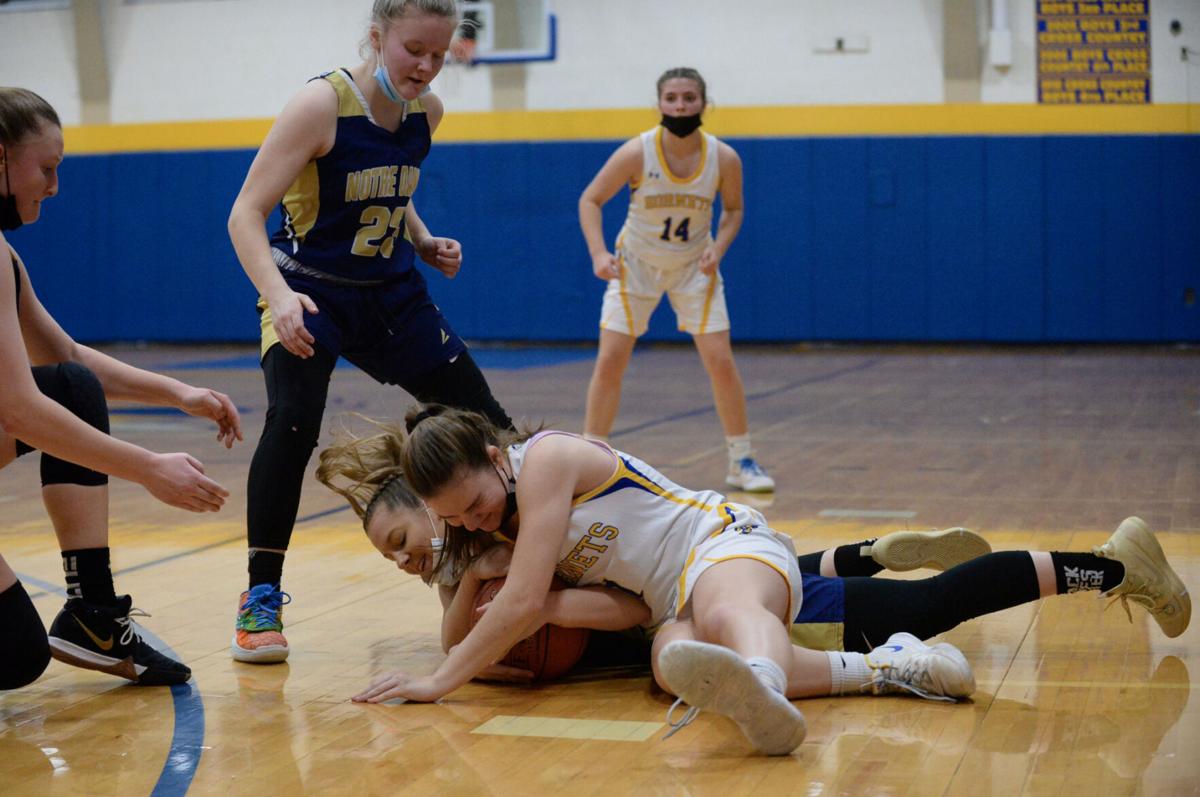 File Photo Brooke Reding, along with triplet sisters Josie and MaKena, will all be key parts to the Hornets this season.

File photoOf the triplet sisters, MaKena Reding has been the leading scorer so far through their varsity careers.

OAKFIELD — When you walk into a high school gym during basketball practice this winter there are certainly a lot of differences from any previous season, no’ matter what school you’re watching.

Players and coaches are wearing masks, there is social distancing when possible and workouts generally just have a more laid back to feel to them. Whether it is the protocols in place because of the ongoing pandemic or the rigorous game schedule that is cramming a condensed season into a little over a month, there are definitely differences.

However, for Oakfield-Alabama, the Hornets are seeing much of the same every time they walk onto the court, and it has nothing to do with basketball.

This season, head coach Jeff Schlagenhauf and O-A have an absolute rarity on the roster, as a trio of triplet sisters are all beginning their sophomore season at the varsity level as Brooke, Josie and MaKena Reding are all key components of this year’s Hornets squad.

“It really just makes everything a lot more special because we can all share this special bond,” Brooke, the oldest triplet, said. “It just feels good to win together and be together as part of a team.”

While both MaKena and Brooke spent all of last year on the varsity team as freshmen, Josie made her way up midway through the season as O-A tried to defend its sectional title, eventually falling to Red Creek by four in the Class C2 tournament.

For Coach Schlagenhauf, it wasn’t exactly a surprise when the triplets walked into the O-A gym a number of years ago, as he’s been preparing himself for this for quite some time.

“It’s pretty cool,” Schlagenhauf said. “Their older sister (Lauren) played for me a few years ago so they were always around and coming to the gym and they go way back and played with Kelsey (Schlagenhauf’s daughter, a junior) in some three-one-three tournaments when they were little. So to get them at this point now it’s cool to watch. They’re great kids, they work hard and they get along real well, which is awesome.”

Older sister Lauren was a four-year varsity player and a team captain who graduated in 2018 after helping lead the Hornets to the Class C2 semifinals in her final season, one year before the team captured the sectional block.

Now it is time for her younger sisters to enjoy a little of the spotlight and having a pair of sisters on the floor with you at the same time is, without a doubt, an advantage.

So far this year, through two games, MaKena is third on the team in scoring behind Schlagenhauf and CJ Ryan as the Hornets have started at 1-1.

However, the stats or who is getting the most playing time has never been anything that they have concerned themselves with.

“I think we all have our nights,” MaKena said. “Everybody is going to do something different depending on who we play and what kind of night we’re all having. I think we’re all just happy for each other when something good happens.”

“I think it just pushes us to do better,” Brooke added.

And though they may look alike, their games on the hardwood will not.

Brooke considers herself as more of a driver to the basket and a player who likes to use her speed and run as much as she can, while MaKena and Josie more of the shooters and the ones with the court vision who will rack up the assists.

Watch one practice and that’s all you will need to see to know that they are very different in terms of the way they play.

“All three of them are students of the game in their own way,” Coach Schlagenhauf said. “They all like to pick something up and get better and they push each other a lot, so that’s good. It’s been a blast and I look forward to having them for the next couple of years after this.

This trio has spent their whole lives playing basketball together. Their father coached them during youth basketball and, aside from a time that they were all called up to the varsity squad at different periods, they have always been with each other.

They would help with the water for their older sister’s games and always loved watching her play, looking forward to the time that they were finally there.

And now here they are and they say that Coach Schlagenhauf doesn’t have any issues with telling them apart ... for the most part.

“But he does screw it up every now and then,” MaKena joked.

For this season, like for everyone else, getting things started and keeping them going has not been easy. Yet for O-A, things have maybe been a little easier because of the three Reding sisters.

They’ve always had each other’s backs and having three of a kind on the same team can only be a benefit, one would think.

“It’s definitely been a challenge but having them with me just helps me to push myself every day to be the best I can in the shortest amount of time ever,” Brooke said.

In the long run, it’s really just about the opportunity to get back out on the floor and play. For the Hornets, losing one of their best all-time players in Brianna Smith to graduation, they likely needed more time than the week of practice allotted before the regular season games started. Yet it is what it is.

“We’re just so excited and we’re just really blessed and thankful that we get this opportunity to play together,” MaKena said. “We’re just trying to have fun and do the best we can. We’re all trying to shift into new roles here and I just think this year should be fun and we’re really just grateful to have a season, even if it is cut a little short.”

Until the moment it was announced, no one knew whether or not there would even be a season. Now that it is here there is no looking back, for the Reding sisters, their teammates or Coach Schlagenhauf.

“It’s been a whirlwind for sure,” Schlagenhauf said. “From the time that we found out we were going to play the kids got excited right away. What do we have to do? How do we get ready? We’re going to play 10 games in about 35 days and I’m thrilled for the kids, not just for our kids but all kids for sure. It’s something they needed for sure and I think the excitement is real. You can see it in the hallways at school, there’s something to look forward to and there’s games to be played. Maybe 30 or 40 years from now they’re going to look back on it as a pretty unique season, it’s not your normal one for sure. But it’s been great. They’re excited about it and we’re happy to be in the gym.

After picking up its first win of the season last Friday, O-A will get a tough matchup on Thursday at home against Elba.