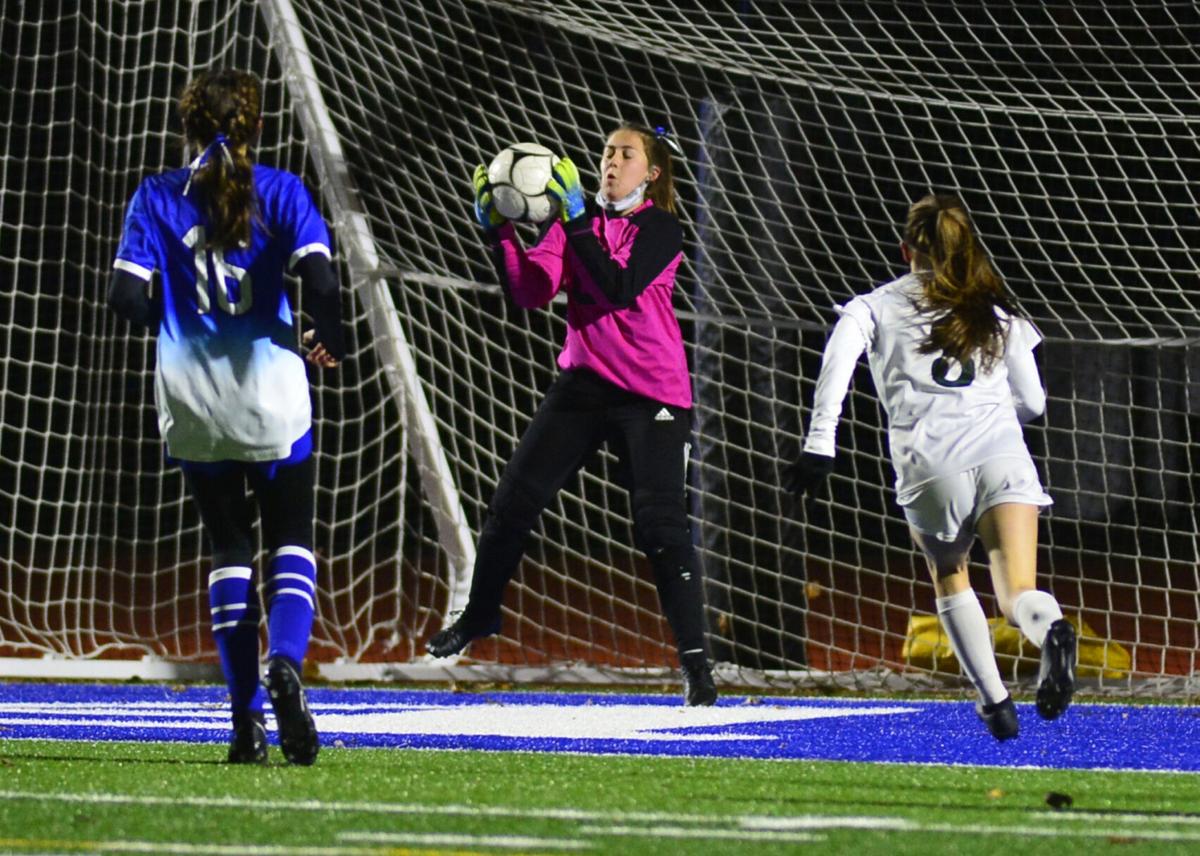 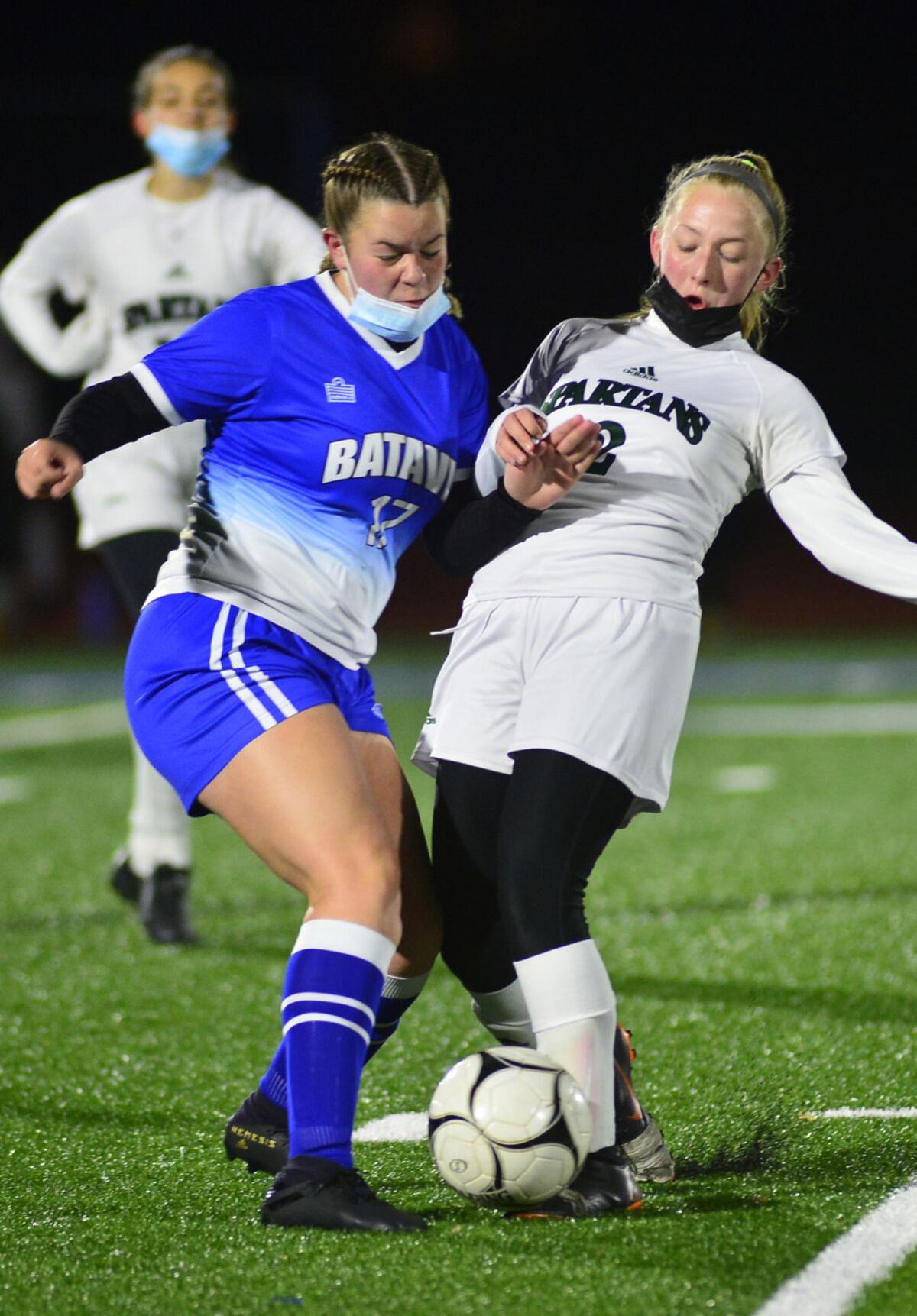 Mark Gutman/Daily News Batavia’s Mackenzie Harmon and Greece Olympia’s Morgan Welch battle for the ball in the first half at Van Detta Stadium. 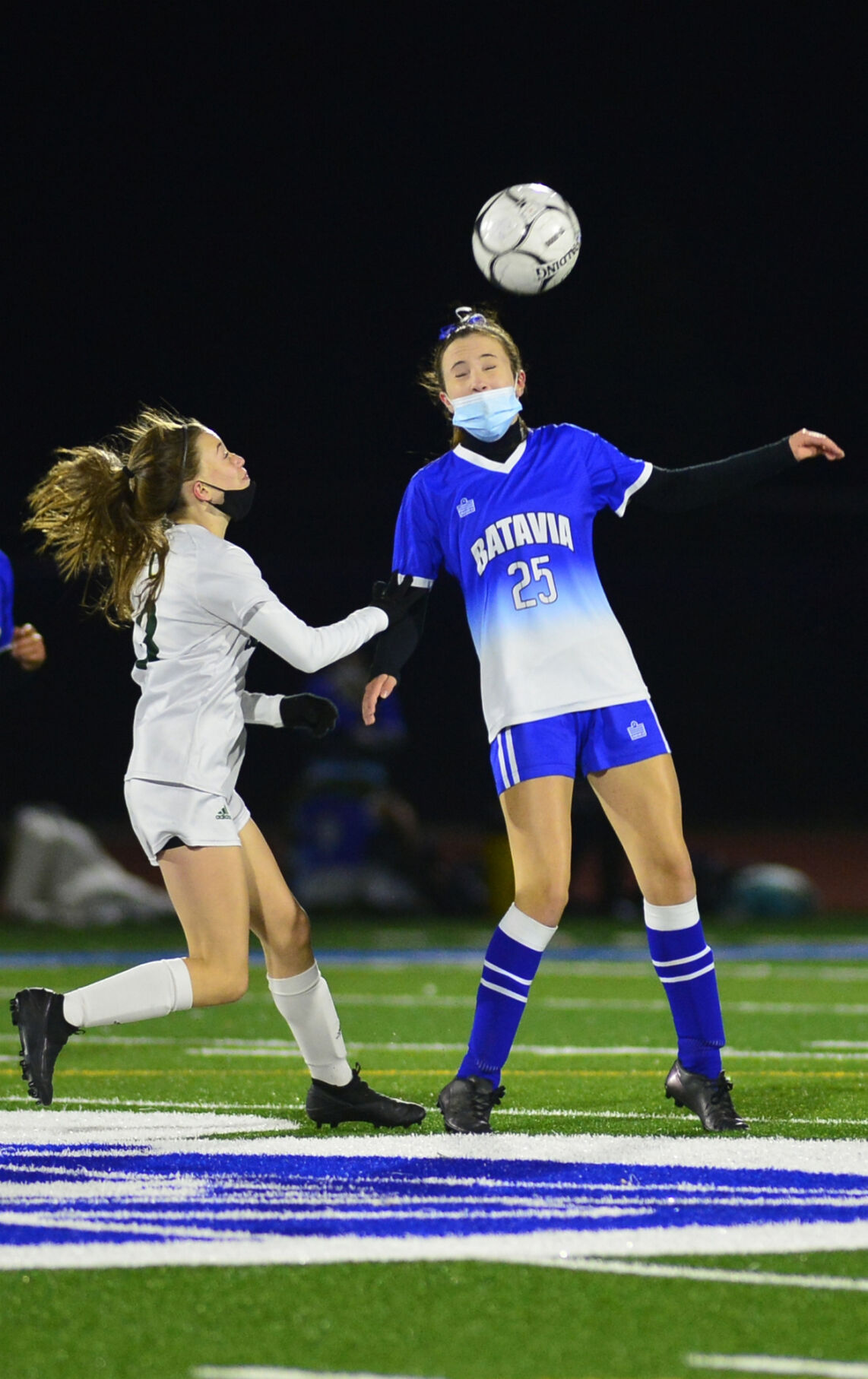 Mark Gutman/Daily News Batavia’s Grace Parker heads the ball in the first half on Monday night with Greece Olympia’s Jadyn Falco at left. 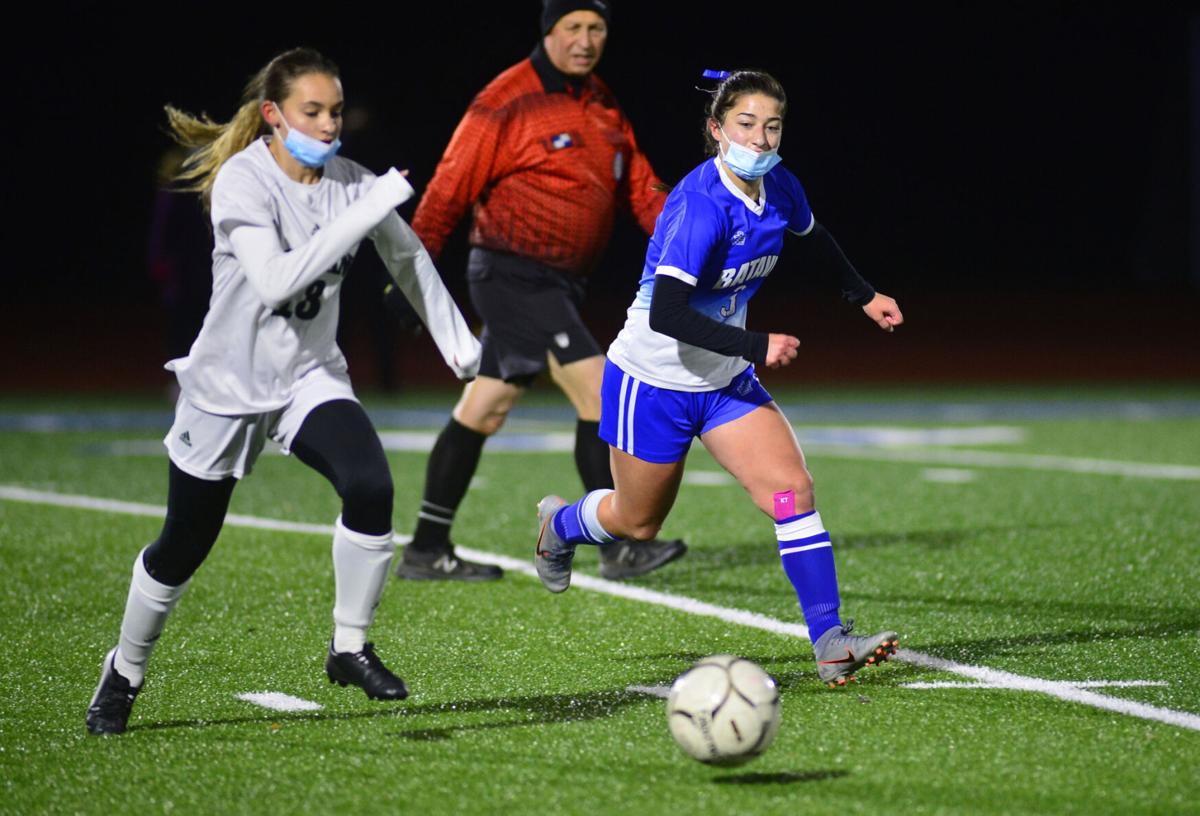 Mark Gutman/Daily News Batavia’s Mackenzie Harmon and Greece Olympia’s Morgan Welch battle for the ball in the first half at Van Detta Stadium.

Mark Gutman/Daily News Batavia’s Grace Parker heads the ball in the first half on Monday night with Greece Olympia’s Jadyn Falco at left.

BATAVIA — After their shootout win over No. 5 Midlakes in the Section V Class B1 finals last week, the Batavia girls soccer team might have felt that it had a little destiny on its side this season.

But as exhilarating as that win was for the Blue Devils, Monday night’s loss at the hands of No. 8 Greece Olympia was twice as rough.

After battling through two 10-minute overtime periods and one five-minute sudden death period, Kuditra Derosa scored less than a minute into the second sudden death frame to give the Spartans a 2-1 victory over No. 4 Batavia at Van Detta Stadium.

Derosa came right from the left side, through the Batavia defense and she beat a diving Maddie Barone for the game-winner.

Batavia had beaten Olympia 1-0 in each of their two matchups with the Spartans during the regular season.

“All the coaches really enjoy working with these players,” Batavia head coach Roger Hume said. “Their effort, skill, and attitude was addicting. They enjoy playing together and that made the entire season wonderful. They were upset tonight, but when they look back they should feel very satisfied and proud. There were a lot of positives and no negatives to this season.”

The game was scoreless through most of the first half until Batavia eighth-grader Alyssa Turner got one past Spartans goalkeeper Giana Dimora for a 1-0 lead.

The advantage, though, was short-lived.

A minute later Olympia would tie the game at one, in the 37th minute of the opening half, when Morgan Welch scored off of an assist from Derosa and the game would remain that way until Derosa’s winner.

Dimora was stellar in goal for Olympia as she stopped 10 shots in all to keep the game tied.

Olympia will face No. 3 Hornell in the title game on Wednesday after the Red Raiders ripped No. 2 Newark 4-1 in the other semifinal on Monday night.