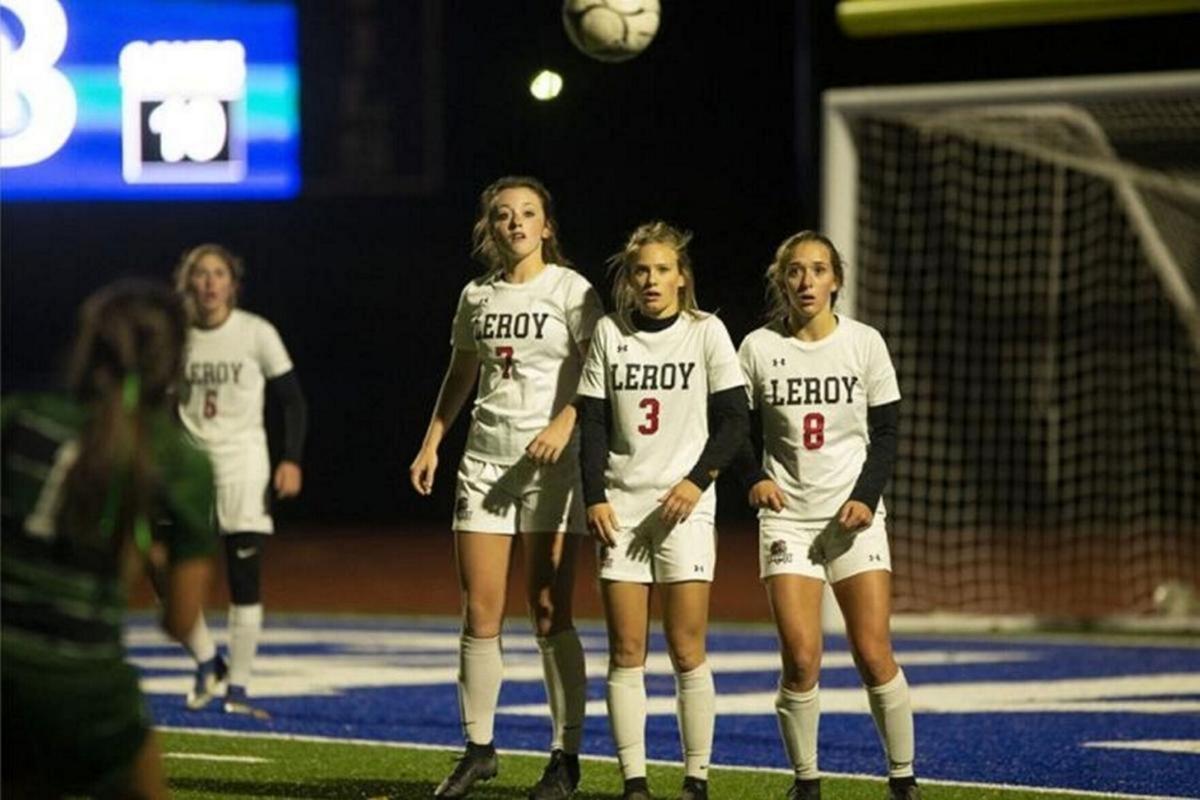 File photo The Le Roy girls soccer team was just one win away from a sectional title last season and is ready to get the block this fall. 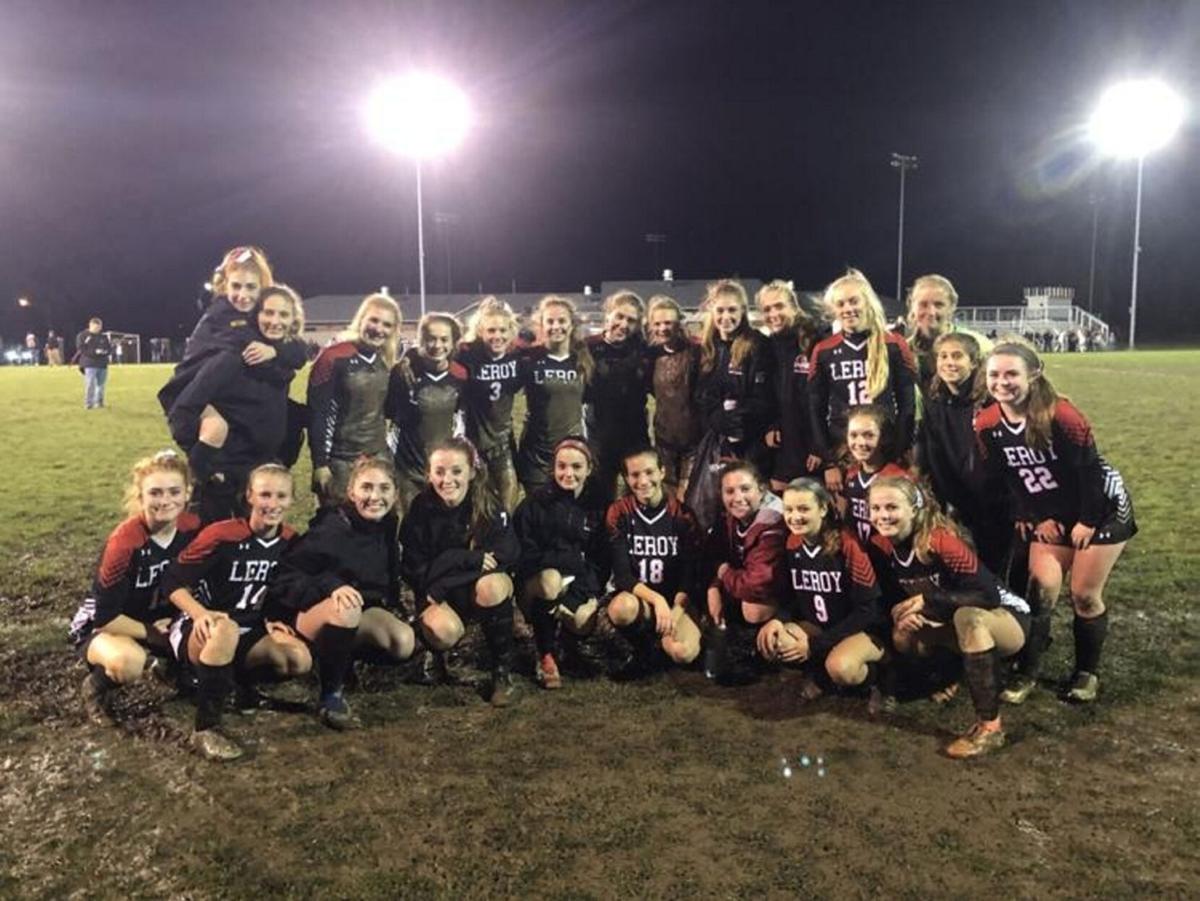 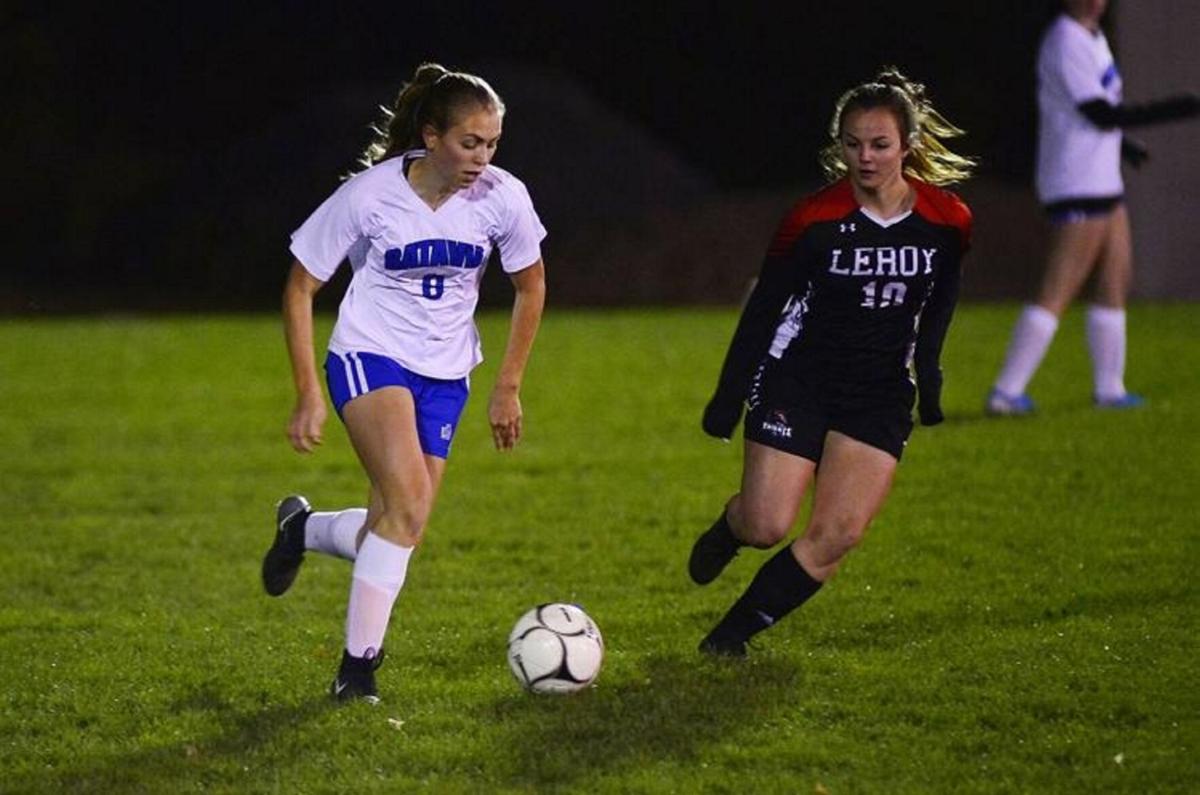 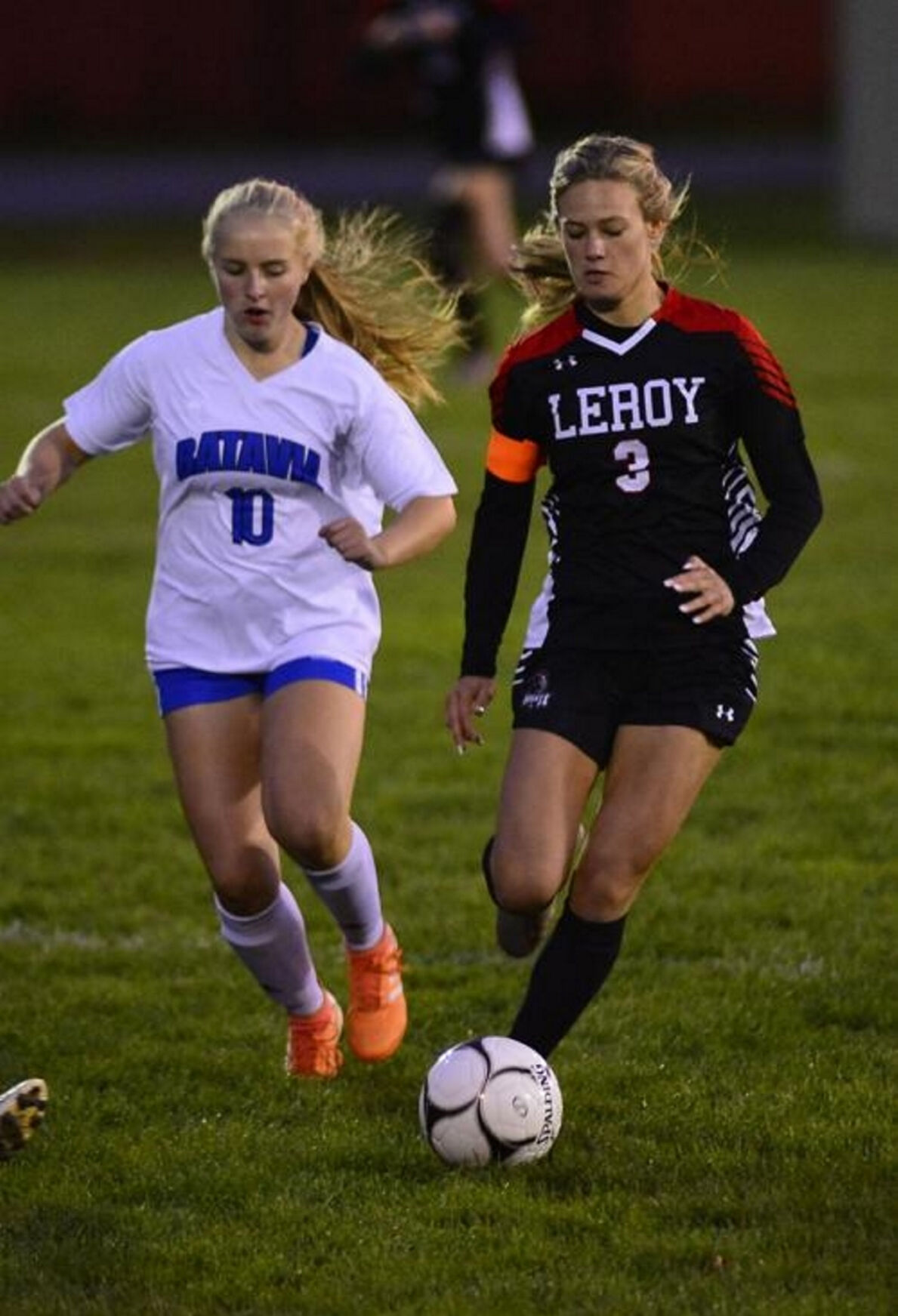 File photoMaddie Keister will be one of the key returning players for the Oatkan Knights this season.

File photo The Le Roy girls soccer team was just one win away from a sectional title last season and is ready to get the block this fall.

File photoMaddie Keister will be one of the key returning players for the Oatkan Knights this season.

LE ROY — The building blocks for a sectional title for the Le Roy girls soccer team have been in place for a number of seasons. With half of the roster also regularly playing with offseason soccer clubs, this once-young Oatkan Knights group has been together for quite some time, first laying the foundation as the program rebuilt itself, and now hoping to finish what it started.

And it almost happened last season, in a nearly shocking fashion.

At just one win over the .500 mark heading to the postseason, Le Roy came all the way from the No. 7 seed to advance to the Section V Class B2 championship game before the Oatkan Knights dropped a heartbreaker to top-seeded Avon.

Le Roy was that close, and now with an opportunity to play this fall, it is primed and ready not to fall short once again.

“For my players, tasting success last year definitely helped motivate and push them,” head coach Reilly Schwenebraten said. “Last year was eye opening for them as far as our potential and I think the girls are excited to see what this year holds.”

Even though they were the underdog, that loss to the Braves in the title game was as tough as they come.

The Oatkan Knights fell behind 2-0 very early in the game before they battled back to close the gap to one late in the opening half. For the entire second half, Le Roy had plenty of chances to knot they game, while keeping high-powered Avon at bay, but it was unable to get the equalizer.

Come late summer of 2020, with having had to deal with the COVID-19 pandemic for the last six months, the Oatkan Knights — like every other high school sports team — are just anxious and excited to get back on the field.

“I think all the girls are excited to get started and get back to life as close to normal as possible,” Schwenebraten said. “After a very successful season last year, our goals for this year are high and we hope to get the opportunity to show what we are capable of.”

Though weeks ago Governor Andrew Cuomo and the New York State Public High School Athletic Association gave the go-ahead to low and moderate risk sports, such as soccer, the summer of being in the dark hasn’t been easy.

There were no summer camps, sparse offseason league play and a lack of organized workouts, thus leaving a lot to be left on the student-athletes to self-motivate. That’s not an easy task in normal times, and it’s especially not ideal during times of turmoil.

“The unknown for this season has been difficult for everyone,” Schwenebraten said. “We weren’t able to have any offseason training and most of the summer leagues were cancelled or shortened. During the shut down, I sent out workouts for them to follow as best they could from home since they didn’t have access to a gym or weights.”

For the last number of years the Oatkan Knights have been hovering just above the .500 mark, including eventually finishing at a solid 10-7-3 in 2019 but if they are going to make the leap to the upper echelon, this looks like it could be the season.

This year the Oatkan Knights won’t have to deal with the Braves (moved down to Class C1), so 2020 could be looking black and red.

While Le Roy will being without a pair of solid seniors in Kiaya Condidorio and captain Katie Charmichael, Schwenebraten will have a ton of weapons at her disposal this fall.

Leading the way back will be the likes of Maddie Keister, Bryn Luckey, Amara Condidorio, Bella Condidorio, Ellie Dambra, Kailyn Tresco, Emilee Scott and Keri Biggins, all who have had vast varsity experience in the past few years.

“Maddie will lead our midfield again. Her technical ability and vision of the field helps lead our offense,” Schwenebraten said. “Bryn and Amara will be strong attackers for us and hopefully help us put the ball in the back of the net. Bella’s speed and agility was a huge strength for us last year. She helps us on the attack and also helps us defensively at times.

“Ellie Dambra, Kailyn Tresco and Emilee Scott are all strong returning defenders for us that will be hard to beat,” Coach Schwenebraten added. “Keri will be back in goal for us and we will look to her to make big saves in net. We also have many young players coming up that we will look to fill some of the gaps that we lost from last year.”

Keister and Luckey were the team’s leading scorers from a season ago as Luckey led the team with 13 goals, while Keister led the team in total points with 10 goals and eight assists.

Amara Condidorio added six goals and one assist, while Biggins allowed just 1.3 goals per game and had a save percentage of nearly 88.

Despite the excitement and lofty goals for the upcoming campaign, Schwenebraten knows that things will certainly not be the same when she and the team get back on the pitch.

“Coaching — and playing — will all look different this year. The guidelines have been sent but are being interpreted differently, similar to the regulations set for schools,” Schwenebraten said. “It’s tough to envision what this season will look like amid the regulations and safety protocols that must be put into place. My first priority will be to keep my players safe while hopefully also participating in the season.”

Over the last three seasons the Oatkan Knights have gone a combined 29-21-5 and have shown the signs that they are building for that elusive title. And there is plenty of reasons to believe that this could be the season where it all comes together.

Schwenebraten though — like many other high school coaches — knows that there are bigger things in play. One of which is the importance of athletics to high school student-athletes and what it means for young kids to get back to competing and the life lessons that sports will bring.

“I think sports are extremely important to kids to feel a sense of normalcy for the student-athletes,” Schwenebraten said. “I want this season to happen just as badly as my players, as long as it can happen safely. I also know the stress that the regulations have put on the school districts, athletic directors, officials, and coaches.

“It’s difficult for the general public to understand the logistics that will need to change,” she added. “Things like hosting events and supervising to ensure the safety of all, the transportation of students while social distancing, masks while practicing or playing, and so much more needs to be carefully thought out. If this season happens, the Le Roy girls soccer team will be ready to compete and hopefully be back playing for a sectional patch again this year.”

The Oatkan Knights, per NYS guidelines, will be able to finally officially practice in less than two weeks.