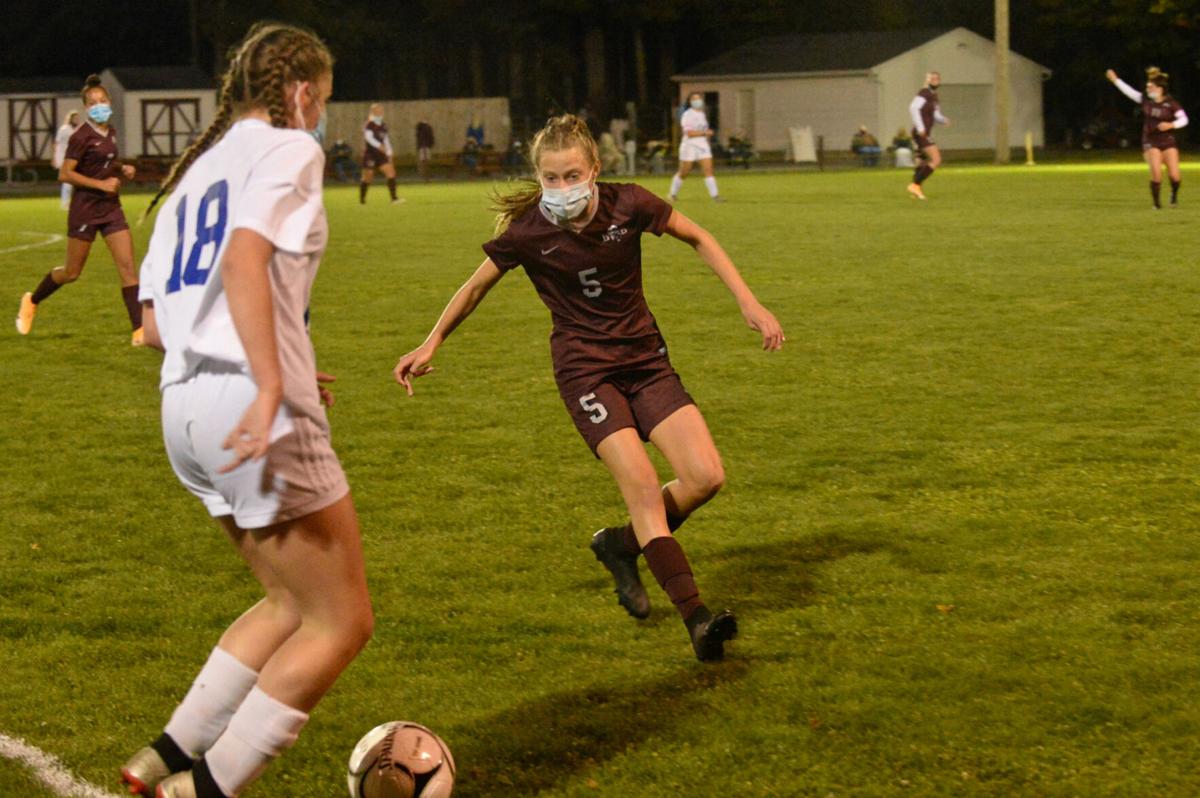 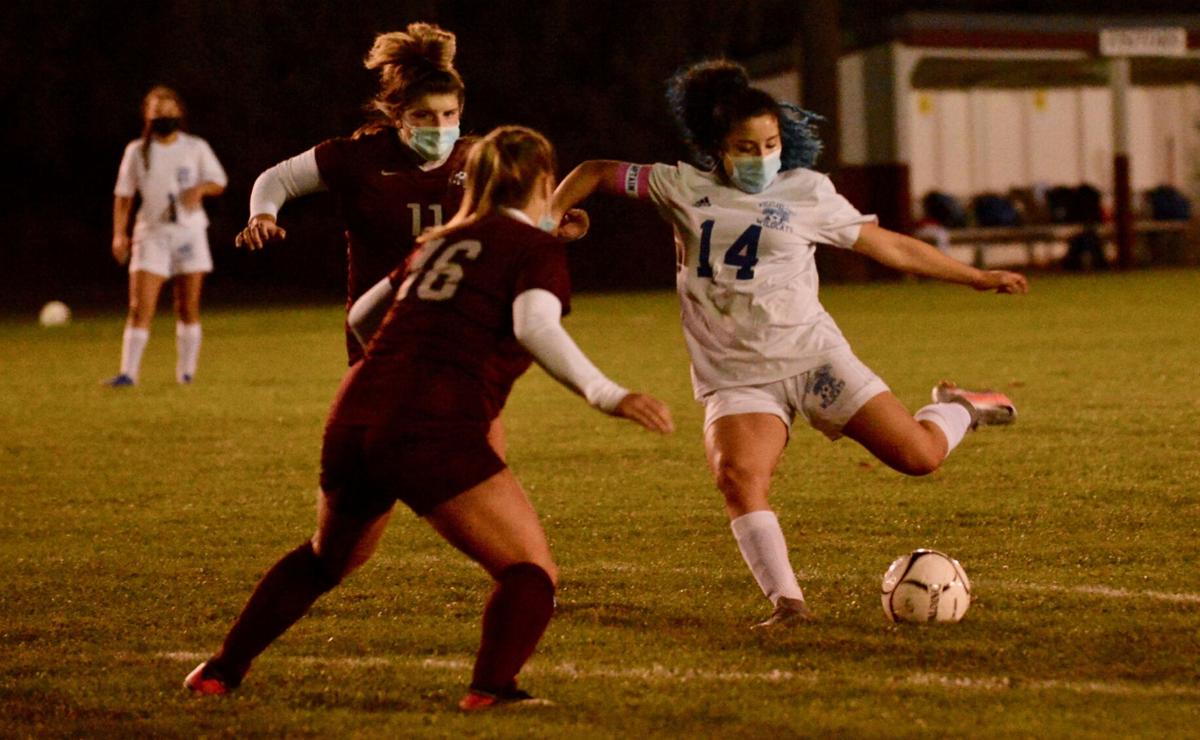 Alex Brasky/Batavia Daily NewsWheatland-Chili’s Niyah Rosado gets ready to put a shot on net during the Wildcats GR League matchup with Byron-Bergen on Tuesday night.

Alex Brasky/Batavia Daily NewsWheatland-Chili’s Niyah Rosado gets ready to put a shot on net during the Wildcats GR League matchup with Byron-Bergen on Tuesday night.

BERGEN — The Byron-Bergen and Wheatland-Chili girls soccer teams opened the season with a defensive struggle for the ages, as the Bees and Wildcats battled it out through extra time before W-C walked away with a 1-0 win on Tuesday night. A physical game throughout, this was a high-paced affair despite the low score, as both sides went back and forth for 80 minutes before more time was needed to settle the score.

It took until the final second of the first overtime for the game’s first goal to be scored, as freshman midfielder Emily Parker found the back of the net with 0.1 second remaining in the first OT. The goal gave the Wildcats’ the first lead of the game at 1-0, which they were able to hold onto after an exciting second overtime period.

“I thought we played outstanding. We are a very young team that fought hard for the entire game,” said Byron-Bergen head coach Wayne Hill. “Going into extra time the first game of the season with a team of Wheatland-Chili’s caliber tis a tough ask. We may have lost the game but we proved a lot to ourselves.”

Bees’ goalkeeper Hope Hersom made 10 saves in the loss.

With the win W-C begins the season at 1-0, while B-B begins at 0-1. The Wildcats look ahead to a matchup with Holley on Thursday, while the Bees will play Kendall the same night.

The Hawks got goals from four different players and opened up a 3-0 lead midway through the first half en route to the win.

Allison Lyndaker, Samantha Bates, Tatum Gagne and Kayleigh Neale all found the back of the net for Holley, while Neale, Halee Passarell (2) and Emma Downey all finished with assists in the win.

Autumn Mathisen scored the lone goal for the Fighting Irish midway through the second half off of an assist from Emma Sisson, while Rebeka Nickerson stopped 10 shots in net in the losing effort.

Carly Burgess scored what proved to be the game-winner at the 26-minute mark of the first half off of an assist from Allison Mileham and the Trojans held on for the win.

Natalie Whitmore gave Alexander a 1-0 lead less than five minutes in from Samantha Sawyer, while Sam Kabel stopped seven shots in goal for the win.

Jada Everett scored the goal for the Dragons early inthe second half.

The Tigers rallied from three goals down for the season-opening win over the Blue Devils.

Ella Lewis and Kaylee Nesbitt each scored twice for Lyndonville.

In a battle of defending sectional champions, visiting Avon edged out the LCAA victory over Warsaw Tuesday night.

Avon freshman Maggie Vanderbilt broke a scoreless tie at the half with her first varsity goal 10 minutes after the intermission.

Emerson Willett scored two goals and added one assist while Heather Moriarty added one goal with one assist as Keshequa opened their season with the LCAA D-I rout over Pavilion.

Moriarty opened the scoring for Keshequa just a minute into the game off a feed from Willet.

Eighth grader Ava Thayer would make her varsity debut with her first goal at the 24 minute mark off a corner kick served by senior Emilee Wright.

Willet would score her second goal of the night off a through ball from Catrina Pierce at the 75 minute mark.

Pavilion scored off a direct kick with six minutes left in the game by Karlee Zinkievich.

The game was tied at 2-all at the half.

Due to an injury, junior Adison Plank stepped in admirably and played keeper for the Lady Knights, finishing with seven saves.