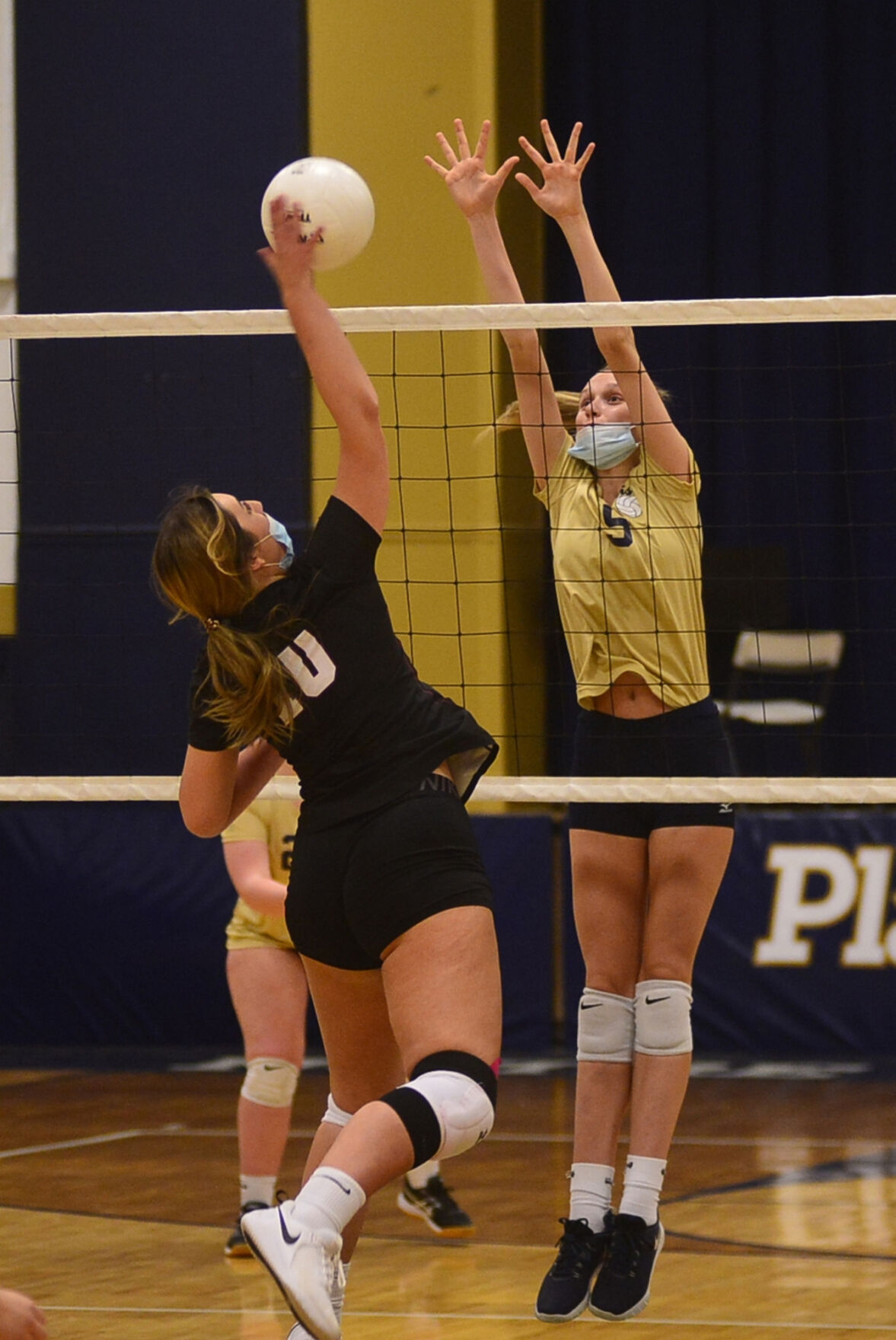 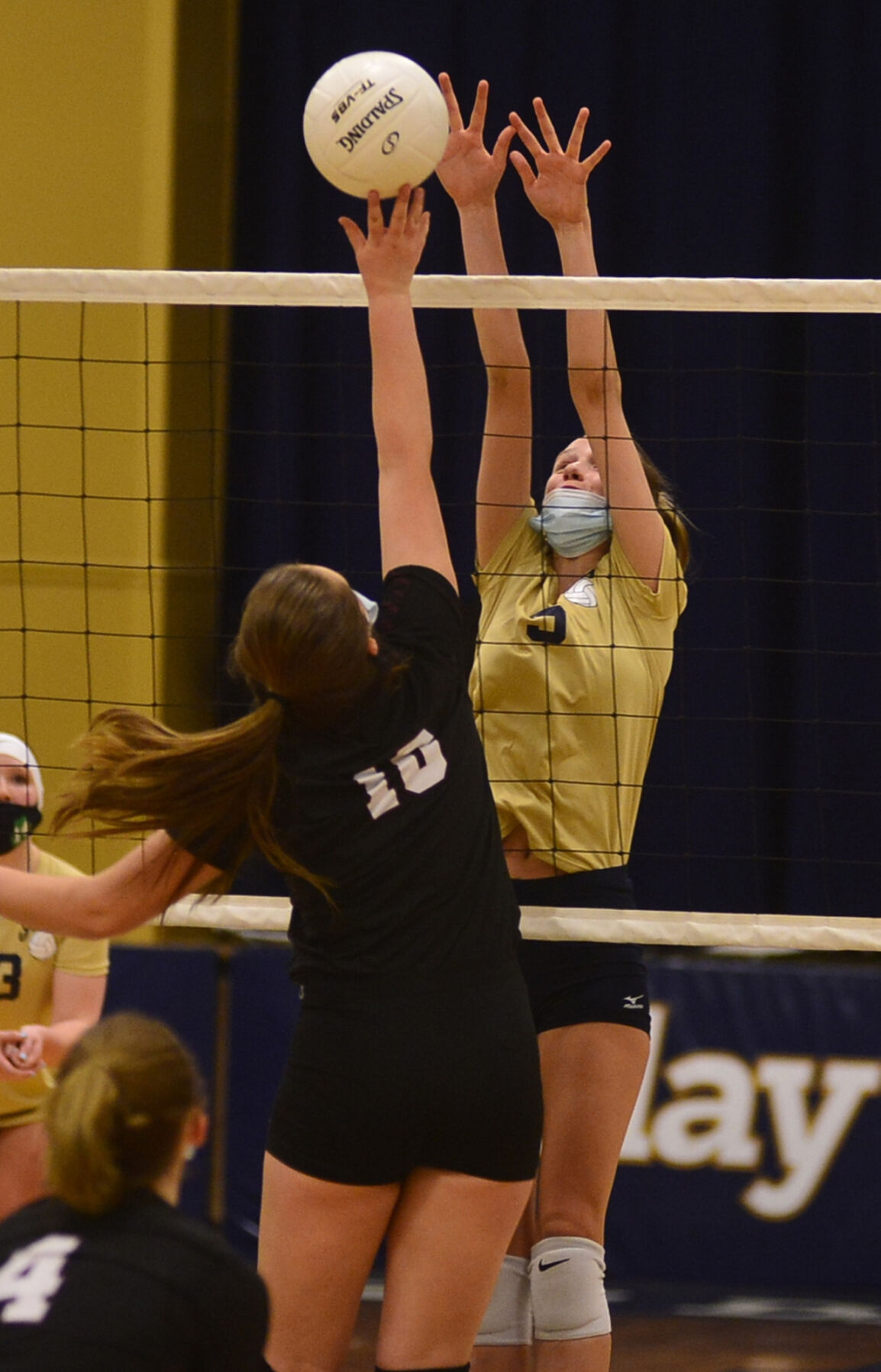 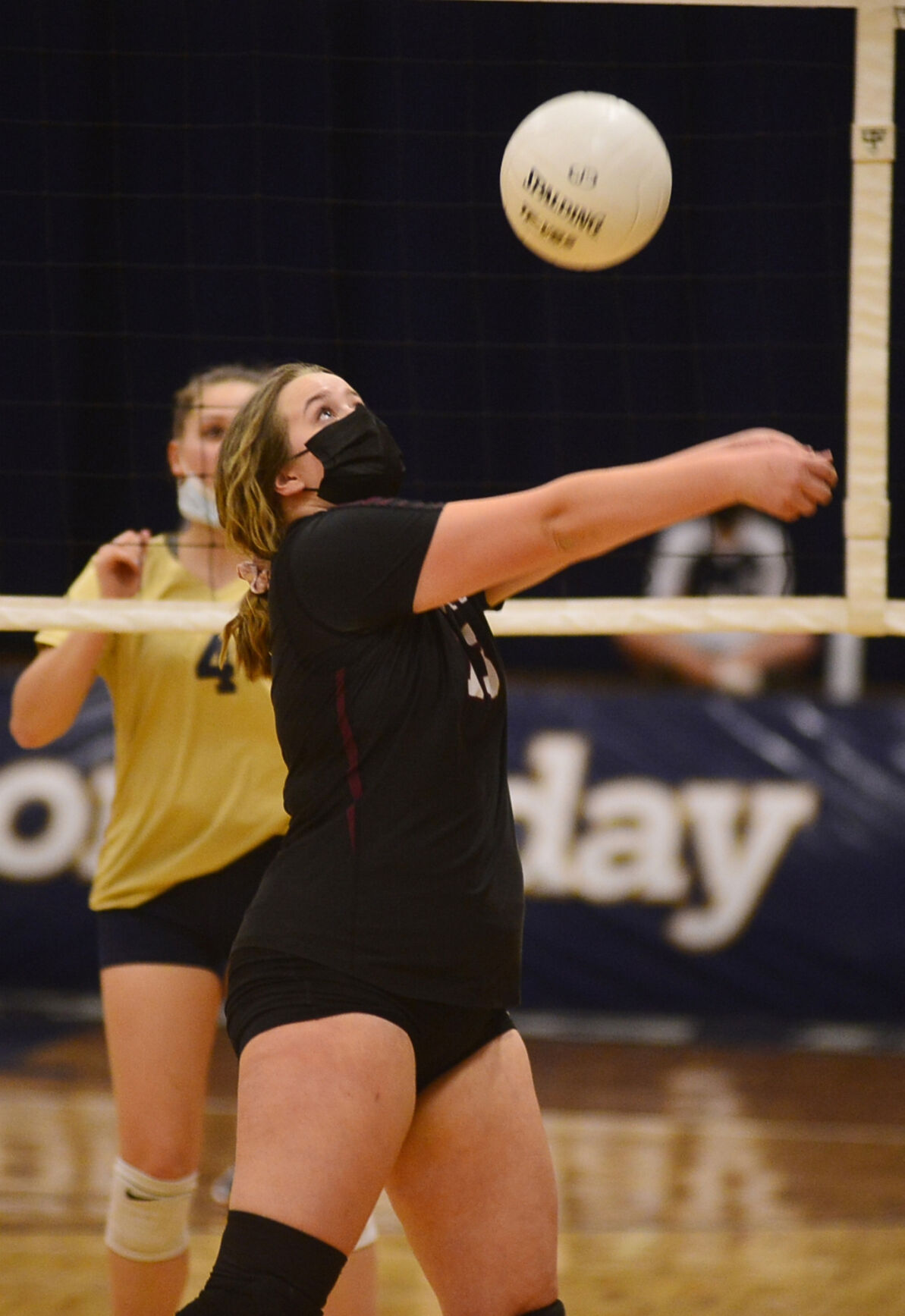 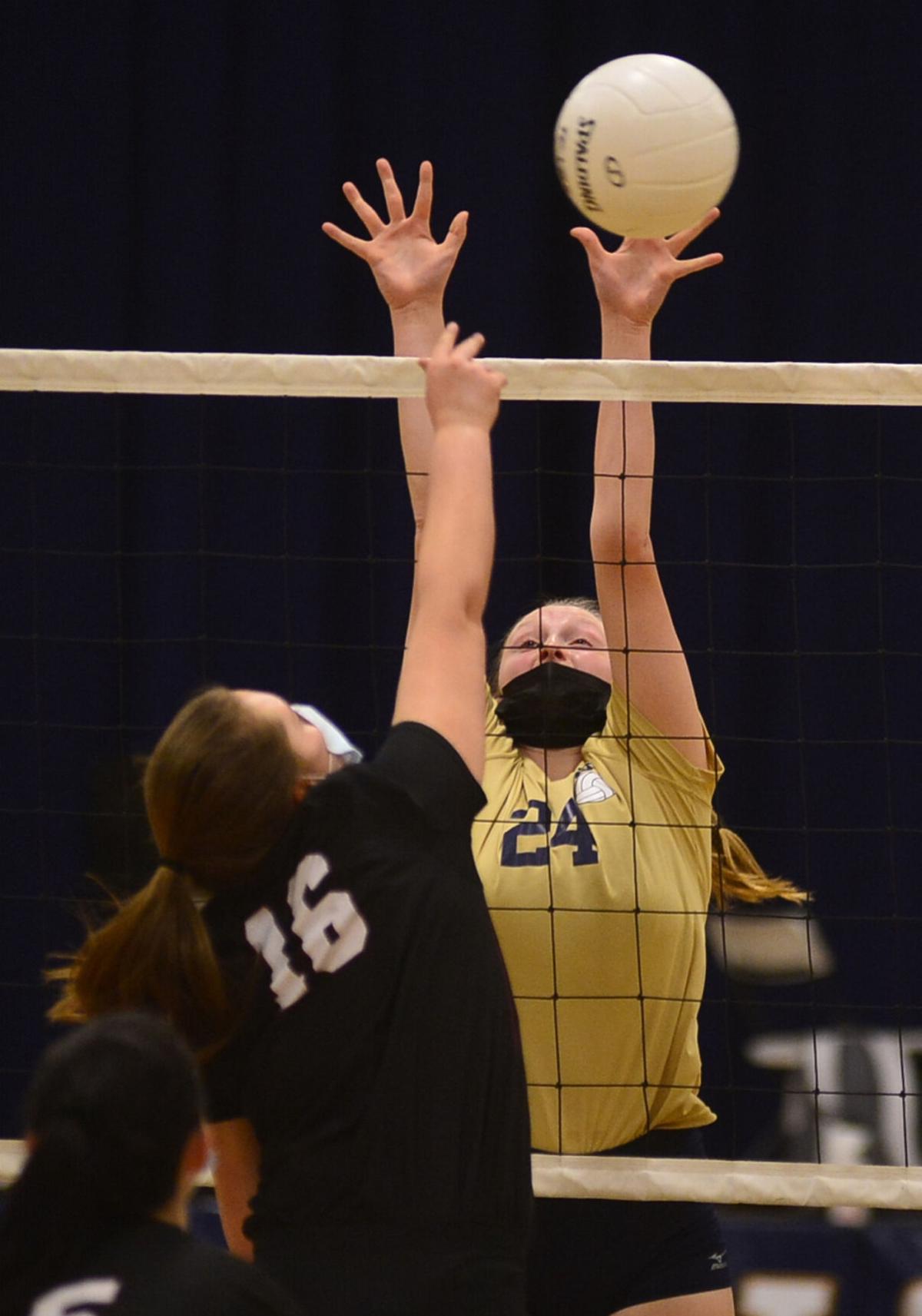 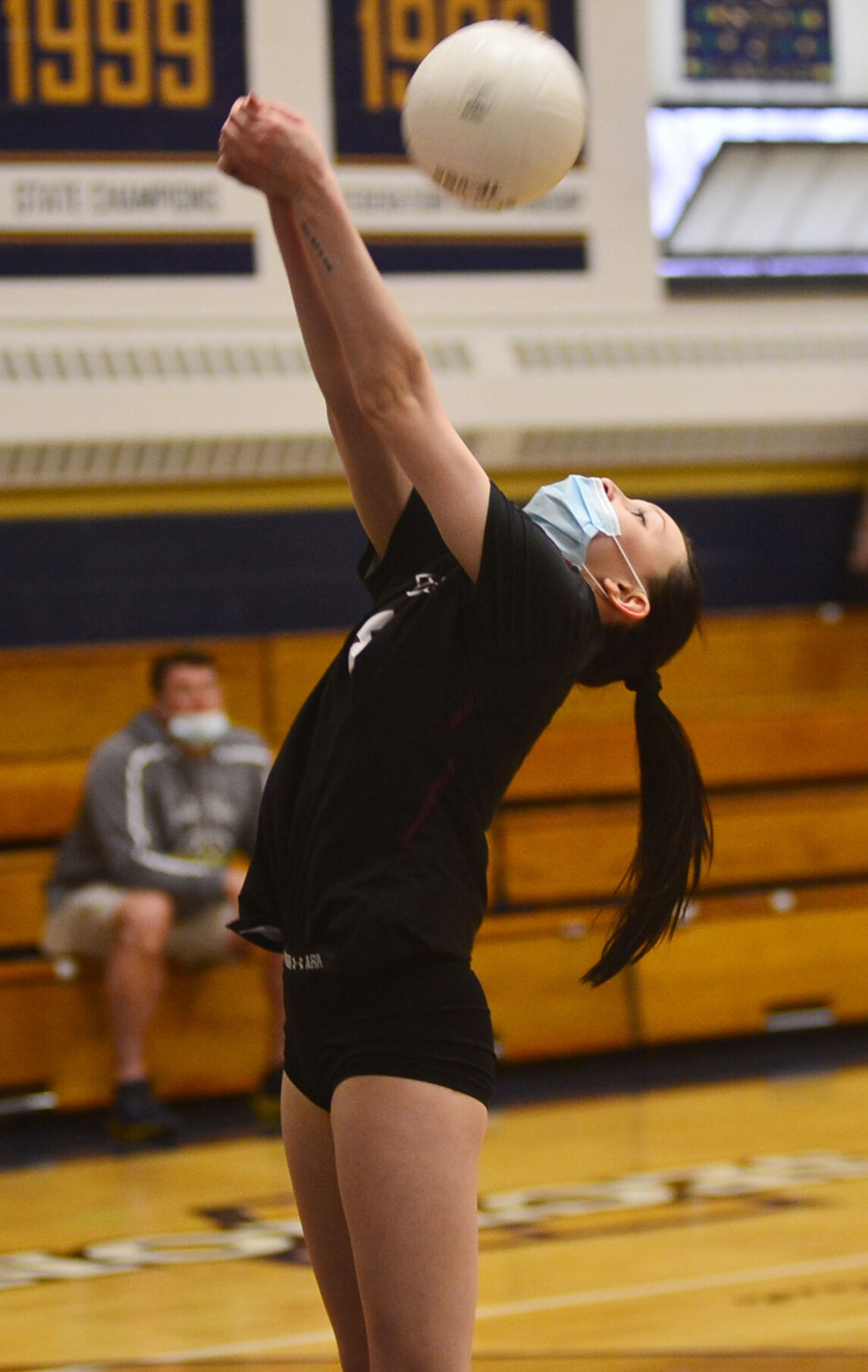 Mark Gutman/Daily News The Bees Jorie Strzelecki sends one over the net.

Mark Gutman/Daily News The Bees Jorie Strzelecki sends one over the net.

BATAVIA — Notre Dame entered Tuesday’s matchup with Byron-Bergen unbeaten but the Irish finished the night with their first loss of the season.

The Bees outlasted ND in five sets, 24-26, 25-7, 24-26, 27-25, 25-15 behind a big night from senior Julia Pangrazio who finished with 13 kills and 21 digs. Junior Lexi Vurraro dished out 41 assists, while junior Jorie Strzelecki added nine kills and 15 digs for B-B. Junior Madelyn Pimm chipped in 34 service points, including seven aces to go along with her six kills, and junior Grace Huhn had a nice night and finished with 20 service points, including four aces to go with six kills.

“I’m proud of the effort this team put into the win tonight,” said B-B head coach Rene Vurraro. “Every player contributed to the victory.”

Attica was led by Ellie Newell who recorded three aces, 13 assists and three digs, while Ellie Cusmano added four aces and eight kills for Attica and Tori Walker chipped in six aces to go with a solid defensive effort.

Stats were not submitted for the Hornets.

The Lancers were led by eight aces from junior Carolyn Sybertz and seven aces from senior Leah Bezon.

Freshman Alyssa Kramer had eight aces and five kills, while senior Rylie Merle finished with eight kills and five aces as the Trojans improved to 7-1 with a three-set win over the Eagles. Alexander won the match 25-19, 25-23, 25-16.

“It was a total team effort for us,” said Pavilion head coach Rex Eighmey. “We handled Cal-Mum’s tough serves and were able to run our offense. It was a closer match than the score indicates. It was a well played match by both teams.”

Hornell (1-7) was paced by four aces from Liza Flaitz, while Cameron Amphlett had two aces, a block and a kill.

Keshequa is 0-5. No stats were submitted for the Indians.