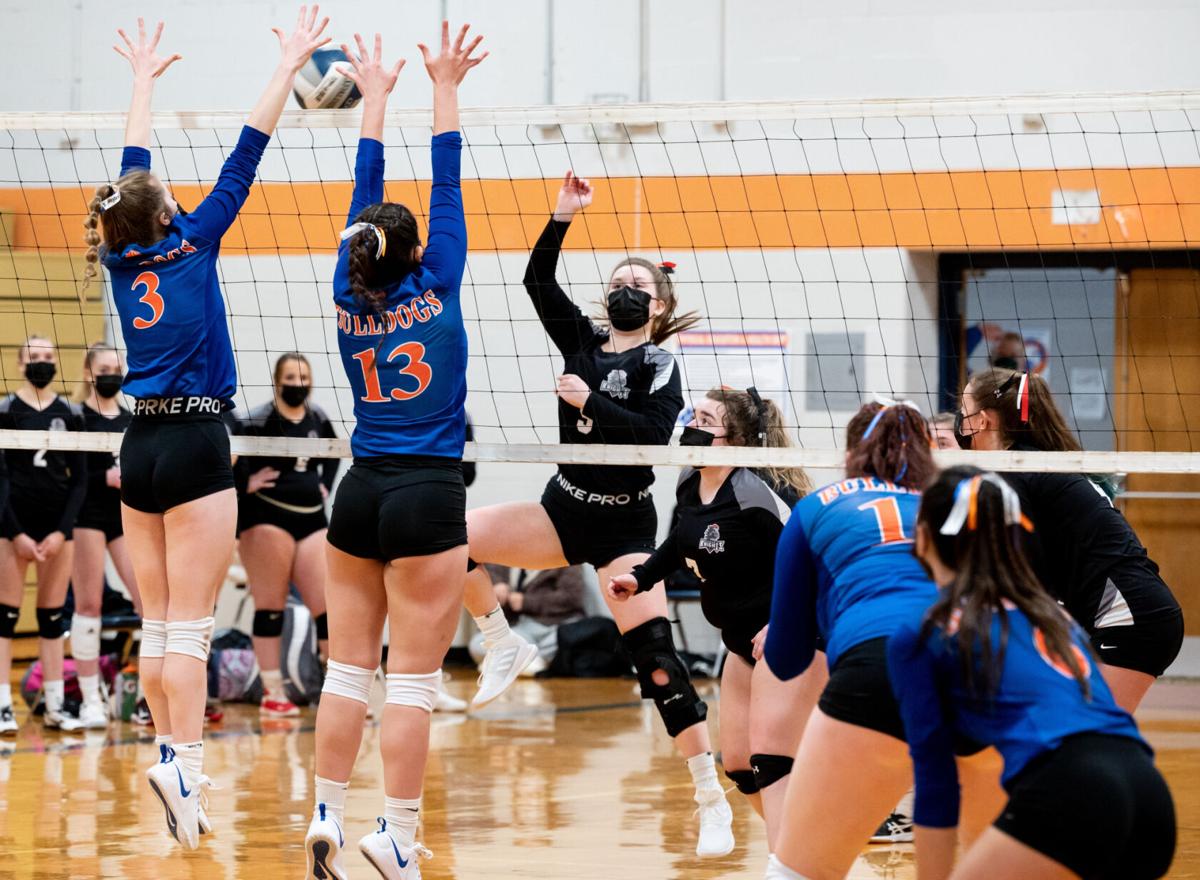 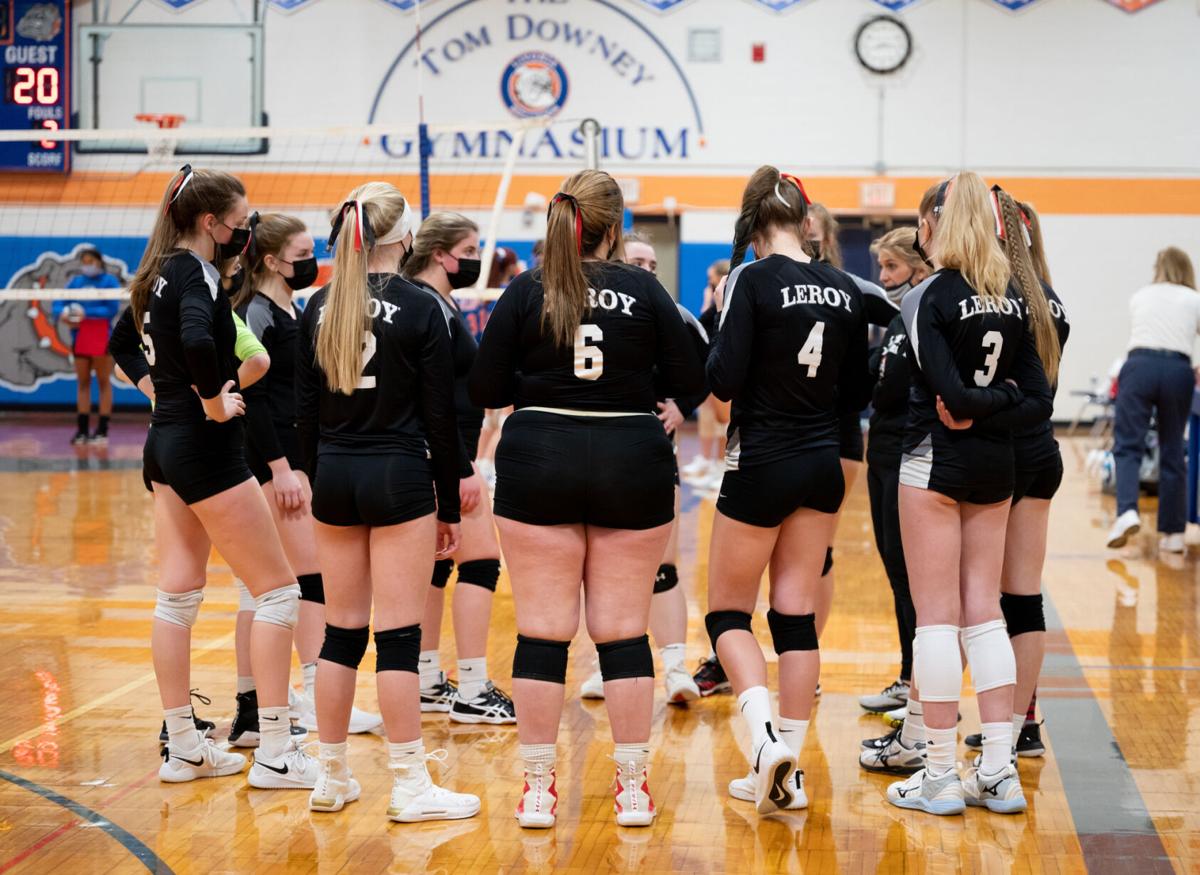 LIVONIA — The Le Roy girls volleyball team improved to 4-0 with a straight-set win over host Livonia.

The Knights began the first set red-hot and gained a 21-12 advantage before the Bulldogs came storming back to cut their deficit to one at 23-22. Le Roy would score the following two points to lock up the win.

For the ‘Dogs, sophomore Sara Johson finished with seven digs and senior Emma Hyde had seven digs to go with two aces and one block.

Le Roy looks ahead to a matchup with Keshequa on Wednesday. Livonia is now 4-2 and plays Cal-Mum on Thursday.

Junior Tessa Gregorius had it going for Dansville, serving for 18 points, including three aces, to go with 20 digs, two kills and 18 assists. Senior Kiersten Kennedy also had a solid game with 16 digs, while senior Taylor Mann recorded seven service points, including an ace, to go with 11 digs, one kill and three assists.

The Mustangs re now 2-3 and will host Geneseo on Wednesday. The Rams are 3-4 and look ahead to a tough matchup with Pavilion on Wednesday.

The Trojans eased past the Hawks on Saturday, 25-19, 25-15, 25-17 behind a big game from freshman Alyssa Kramer, who finished with 10 kills and three aces. Senior Kiersten Przybylski added 21 assists to go with five aces.