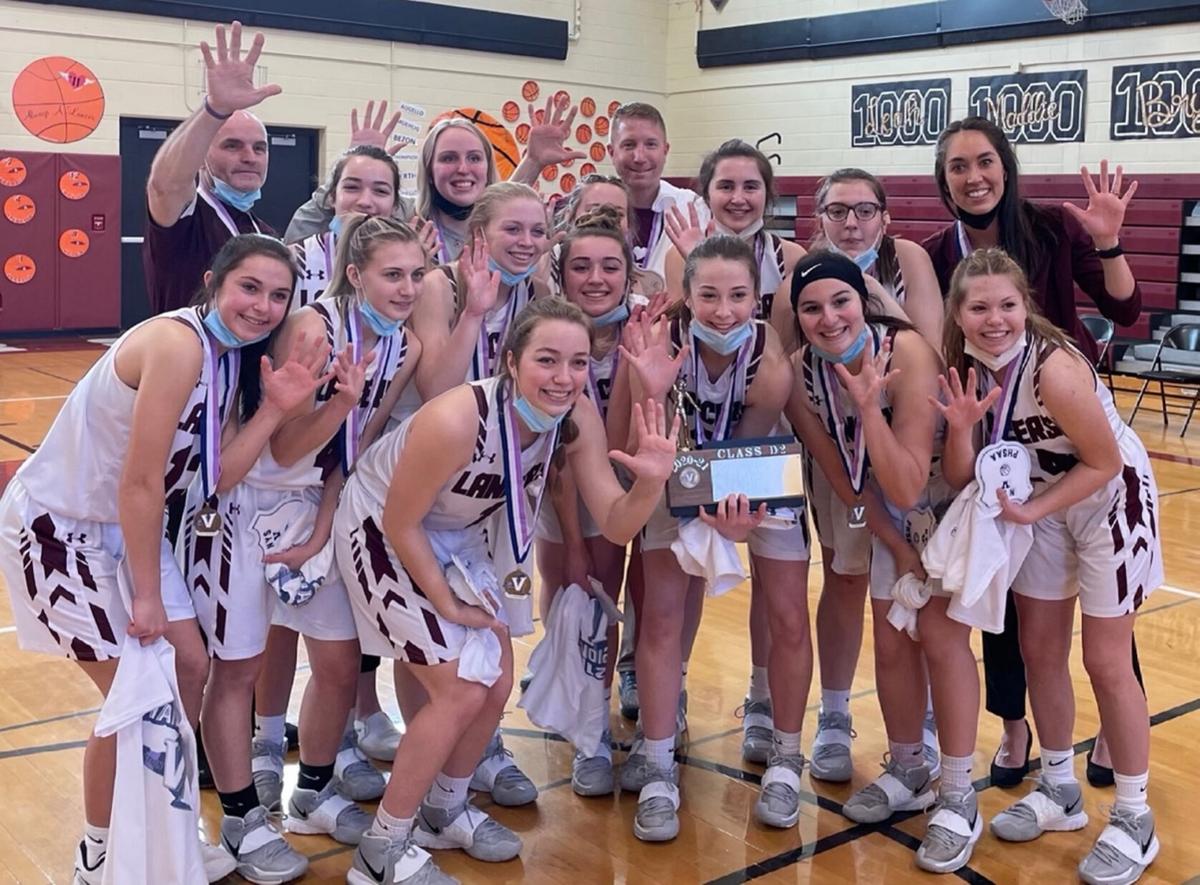 ELBA — There’s only one thing to do in the winter at Elba High School and that’s play basketball and the Lancers girls are the best around to do it.

This season Elba captured an astounding fifth consecutive Section V Class D2 title, doing so in easy fashion, and capping the careers of a number of stellar, longtime varsity seniors. In doing so, the Lancers picked up four Genesee Region League All-Stars this past season, including the Player of the Year in Brynn Walczak, as well as Coach of the Year Tom Redband.

This collection of seniors went a combined 99-14 over the last five seasons to go along with the five straight blocks.

For Redband, he has guided the Lancers to a combined 163-34 record over his eight-year career in taking over the program from legendary head coach Tom Nowak.

Here are the winter Genesee Region League All-Stars from Elba:

Taylor Augello, Senior, two-time all-star, guard — One of the fabulous longtime varsity seniors for the Lancers, she averaged 10.8 points, five rebounds and 3.7 assists in her final high school season. Her season highlights included going undefeated and winning the program’s fifth straight Section V title. For her career, she highlights helping the team to win four of the five consecutive sectional blocks. She plans are to attend Genesee Community College in the nursing program.

Leah Bezon, Senior, four-time all-star, guard/forward — In her final season with the Lancers she averaged 9.3 points, 6.4 rebounds and 2.4 assists per game and was one of three players on the team to reach the 1,000-point plateau for her career. Her season highlights were being able to play one last season with her teammates and winning the Section V Class D2 title. For her career her highlights were winning a sectional block five years in a row, scoring her 1,000th career point in her home town and having her whole community there to support her. Bezon plans to attend a four-year college.

Maddie Muehlig, Senior, three-time all-star, point guard — Finished with a solid all-around final season with nine points, five assists, 3.7 steals per game and 3.5 rebounds per game, while she finished her career with 208 made 3-pointers and 456 assists. This season Muehlig played the entire year on a torn ACL as to not miss her final high school season. Her season highlights were going undefeated and beating Prattsburgh/Avoca for the title in her last game, winning the Genesee Region League title and getting the chance to play with her teammates one more time. For her career her highlights were winning five straight sectional championships, scoring her 1,000th career point this season and her first game back from ACL surgery last season. She plans to attend college and eventually become a physical therapist.

Brynn Walczak, Senior, three-time all-star, forward/guard — Capped her tremendous varsity run by being named the 2021 Genesee Region League Player of the Year. In her final season she led the Lancers with 20.1 points per game and 10 rebounds per night to go with a pair of steals. Her season highlights were winning the Section V Class D2 title, going 14-0 and winning the final 23 games of her career, getting the No. 1 sectional seed, having three players reach the 1,000-point plateau for their careers this season and winning five straight sectional titles. Her career highlights included reaching the 1,000-point mark with a career-high 29 points in a win over Lyndonville, being named the GR Player of the Year and being a Fab-5 selection as a junior, being a sectional V MVP two years in a row, being selected to the Ronald McDonald All-Star Game and having a double-double almost every game this season. She plans to attend a six-year college and study physical therapy and possibly continue to play basketball.