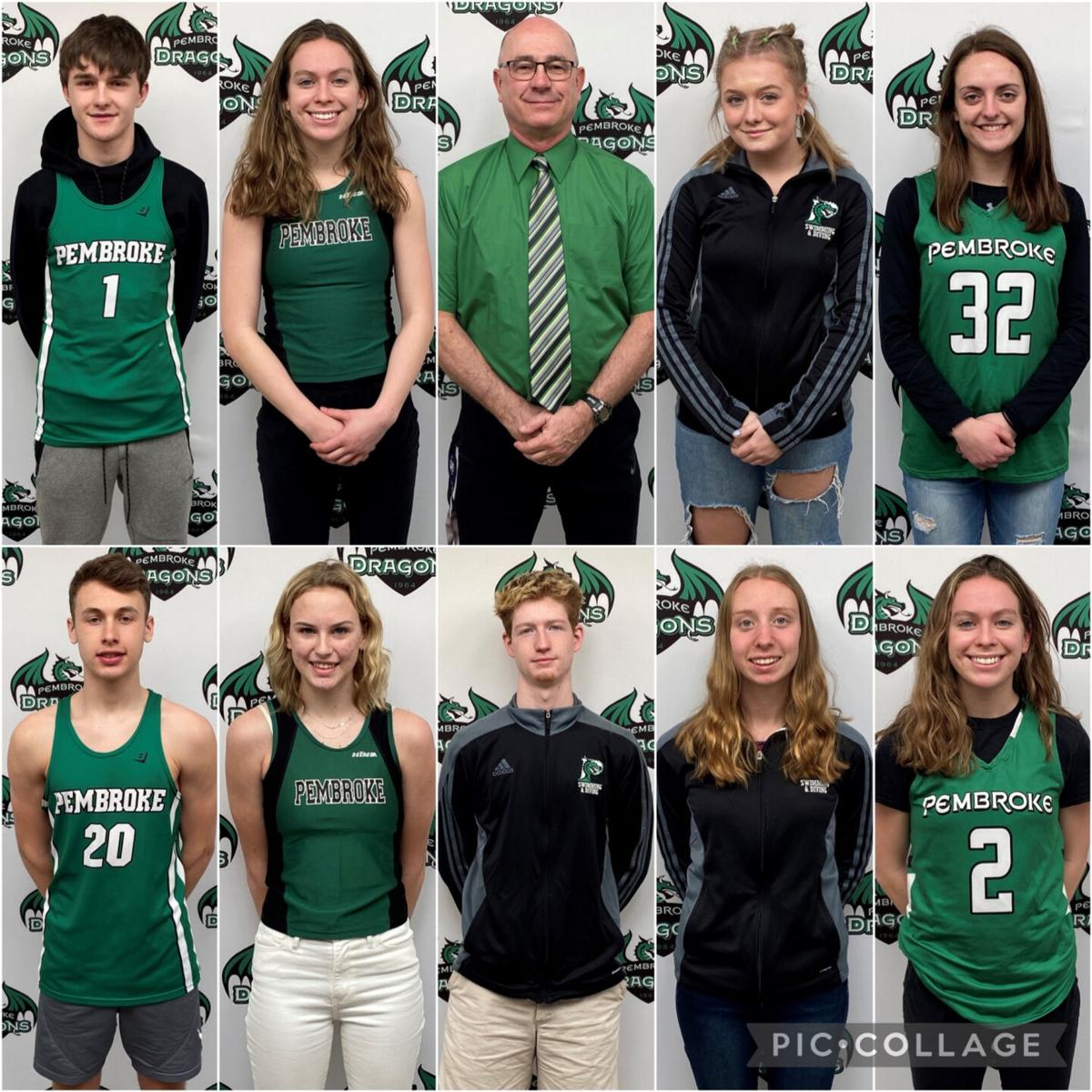 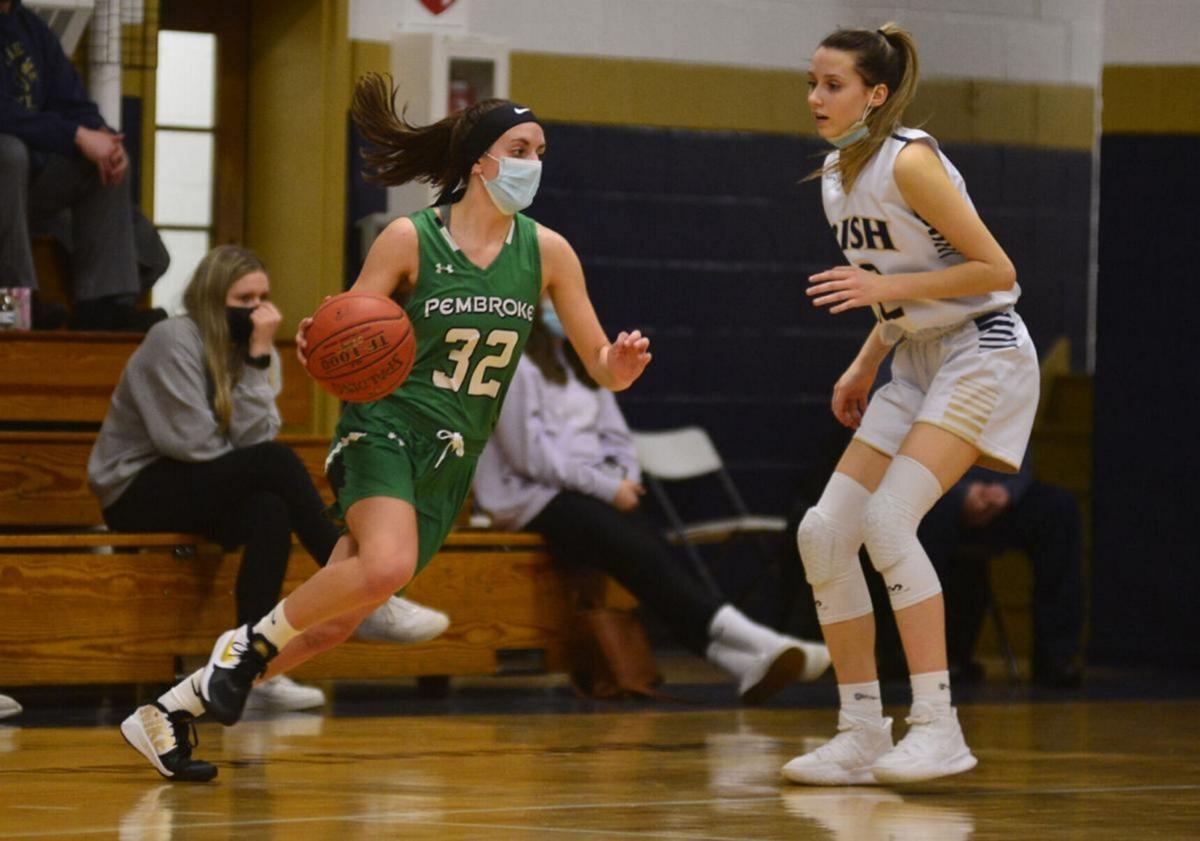 Daily News File PhotoEmily Peters was one of nine GR all-stars for Pembroke this winter. 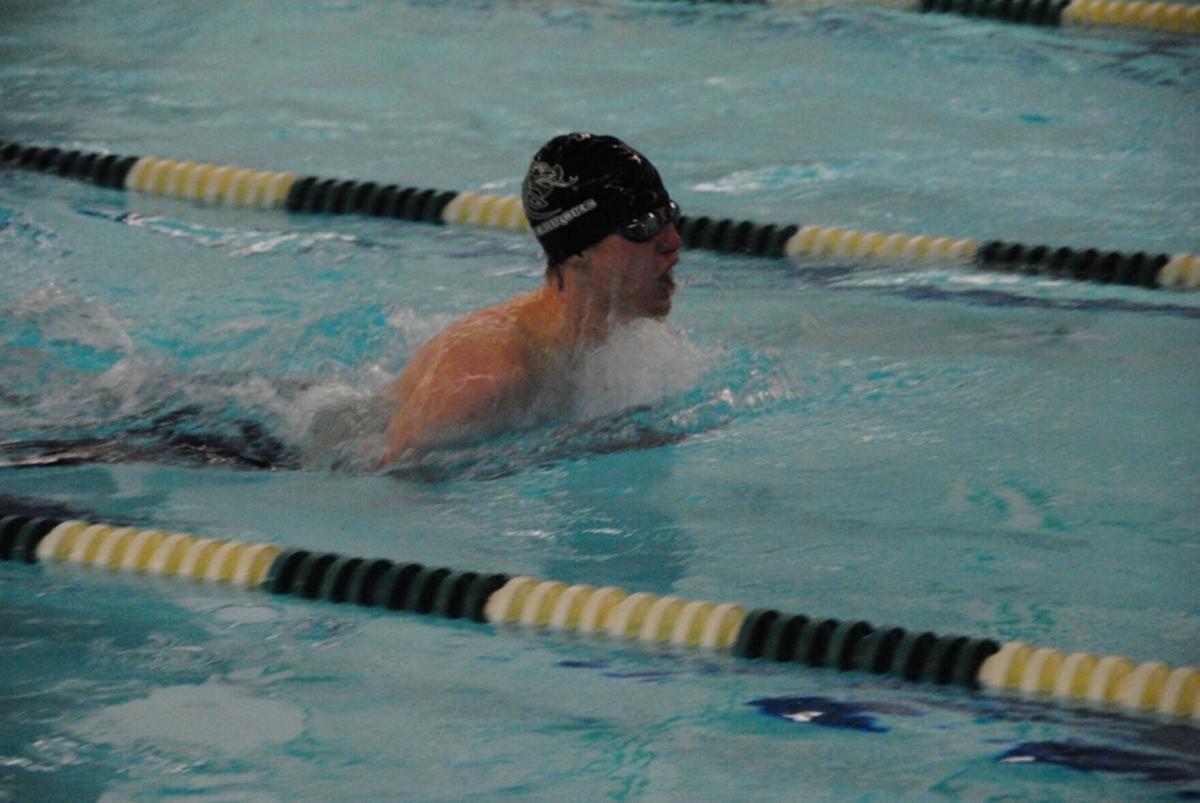 Daily News File PhotoEmily Peters was one of nine GR all-stars for Pembroke this winter.

CORFU — It certainly was a championship-caliber season across the board for Pembroke High School this past winter.

Along with a number of strong individual performances, the indoor track team captured the Section V title and both the girls swimming and boys basketball teams came away with Genesee Region League divisional titles. Meanwhile, the girls basketball team made history again. Though the Dragons fell short of winning a third straight Section V, they set a record by raising over $40,000 for cancer research with their annual Shooting For a Cure! game.

With those impressive team performances, the Dragons came away with nine Genesee Region League all-stars.

Ainsley Czechowicz, Junior, two-time all-star — Finished the season with top times of 1:03.17 in the 100 freestyle and 6:42.46 in the 500 freestyle, while she finished in seventh in the 200 freestyle at the Genesee Region League meet. Her team highlights were being the two-time Genesee Region League Division II champions, while her career highlight thus far as been setting a 100 free personal record of 1:01.63 in 2019.

Ben Scoins, Senior, three-time all-star — Finished his final season with the Dragons with best times of :22.62 in the 50 freestyle, :50.63 in the 100 freestyle, :57.35 in the 100 butterfly and 2:00.25 in the 200 freestyle. His team highlights for the year were the girls winning the Genesee Region League Division II title for the second straight year and the boys’ performance at the sectional meet. For his career he holds school records in the 100 freestyle, 50 freestyle and 100 butterfly, as well as a part of the 200 free relay; he also is in the program’s Top 10 in the 200 freestyle. His career highlights included being a double winner at the GR Championship and being Co-Swimmer of the Meet, being a team captain and being a three-time league all-star. Plans top attend Fredonia after graduation.

Serene Calderon, Senior, two-time all-star, point guard — Team leader in points, assists, rebounds and steals this season, while she averaged 12.9 points and eight rebounds per night. Her season highlight was raising over $40,000 for the annual Shooting For a Cure! game. For her career she highlights being a two-time Section V champion (2019-20), being the 2018-19 sectional tournament MVP, being named to the 2019-20 All-Tournament Team, becoming the all-time leading scorer at Pembroke and being named third-team All-State in Class C. Calderon plans to attend Houghton College and continue to play basketball.

Emily Peters, Senior, two-time all-star, guard — In her final season she was second on the team in scoring with 12.5 points per game. Her season highlight this winter was raising money for Roswell with the Shooting For a Cure! game and hopefully eclipsing the $200,000 mark. Her career highlights included setting the school record for most 3-pointers made in a season with 80 and being a two-time Section V champion. She plans to attend GCC and then decide what career she wishes to pursue.

Cayden Pfalzer, sophomore, first-time all-star, guard — Put together a strong all-around season for the Dragons with 12 points per game to go with 6.2 rebounds, 2.3 steals and 2.2 assists per night, with a season-high of 20 points in a game. His highlights for the season were winning the Genesee Region League Division I title and being named as an all-star as a sophomore. So far for his career his highlights have been playing JV hoops as an eighth-grader and being on the varsity team as a freshman.

Garrett Totten, Senior, first-time all-star, guard — Led the Dragons with 14.4 points per game to go along with 4.7 rebounds, 1.8 assists and 1.5 steals per game; had a season-high of 25 points in a game and shot a solid 80% at the free throw line. His season highlights were winning the Division I Player of the Week and the team winning the GR Division I title. For his career his highlights included being pulled up to varsity as a sophomore and being named a team captain this season. Plans to join the United States Marine Corps.

Serene Calderon, senior, first-time all-star, hurdler/sprinter — Making her second appearance here, Calderon finished the winter with best times of :08.23 in the 55 meters and :09.8 in the 55-meter hurdles, while she was ranked first in Class A3 for the 55-meter hurdles. Though she didn’t get to be there, her highlight for the season was the team winning the sectional title. As previously mentioned, she will be playing basketball at Houghton College.

Madilyn Godzala, Junior, first-time all-star, high jump — In her first season competing in indoor track, she had a leap of 4-8 at the sectional championship. Her highlight for the season was going to and winning sectionals with her team, while her career highlight was winning the individual sectional title in the high jump with a 4-8.