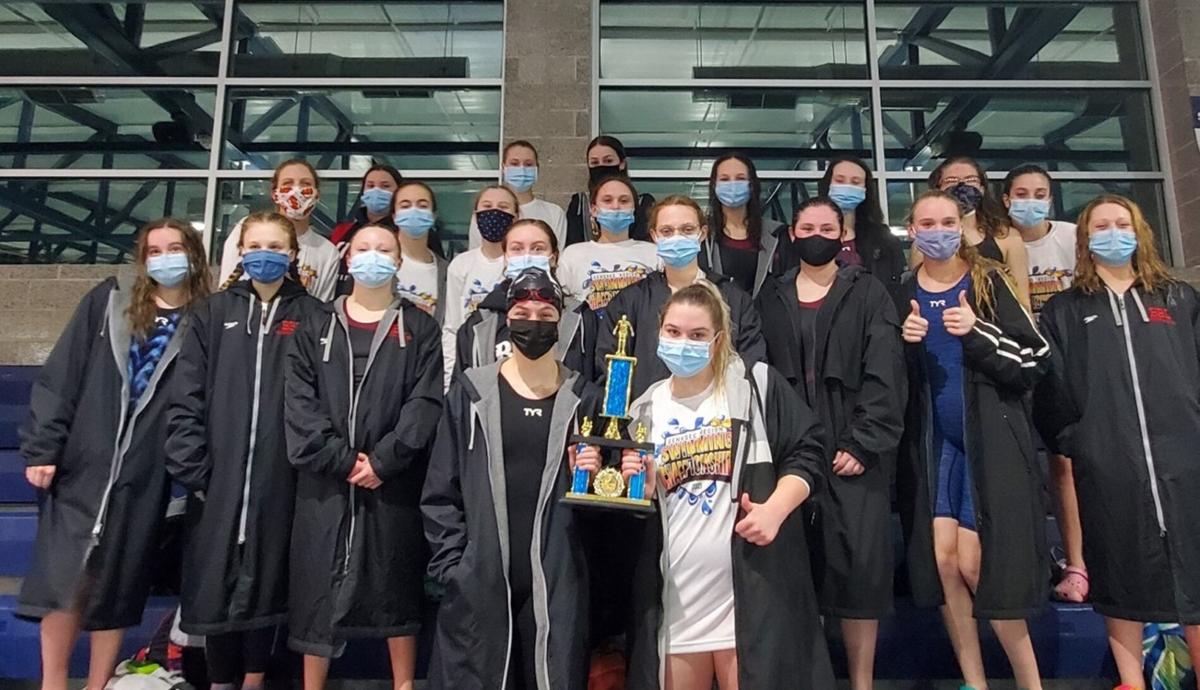 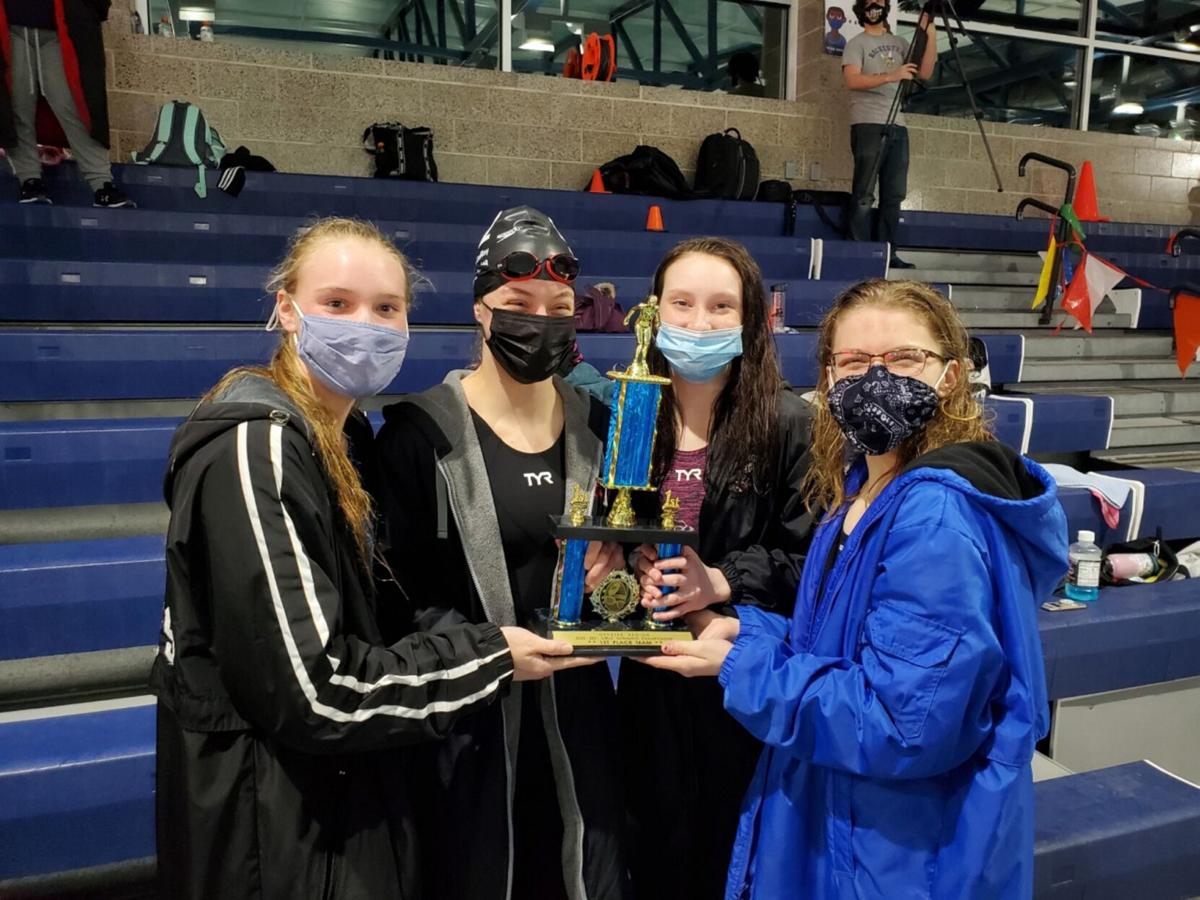 ProvidedBB/Le Roy’s Alaura Rehwald, Natalee Shepard, Jorie Strzelecki and Peyton Koukides broke their own school-record in the 200 free relay with a winning time of 1:46.36 at Saturday’s GRAA Swimming Championships. 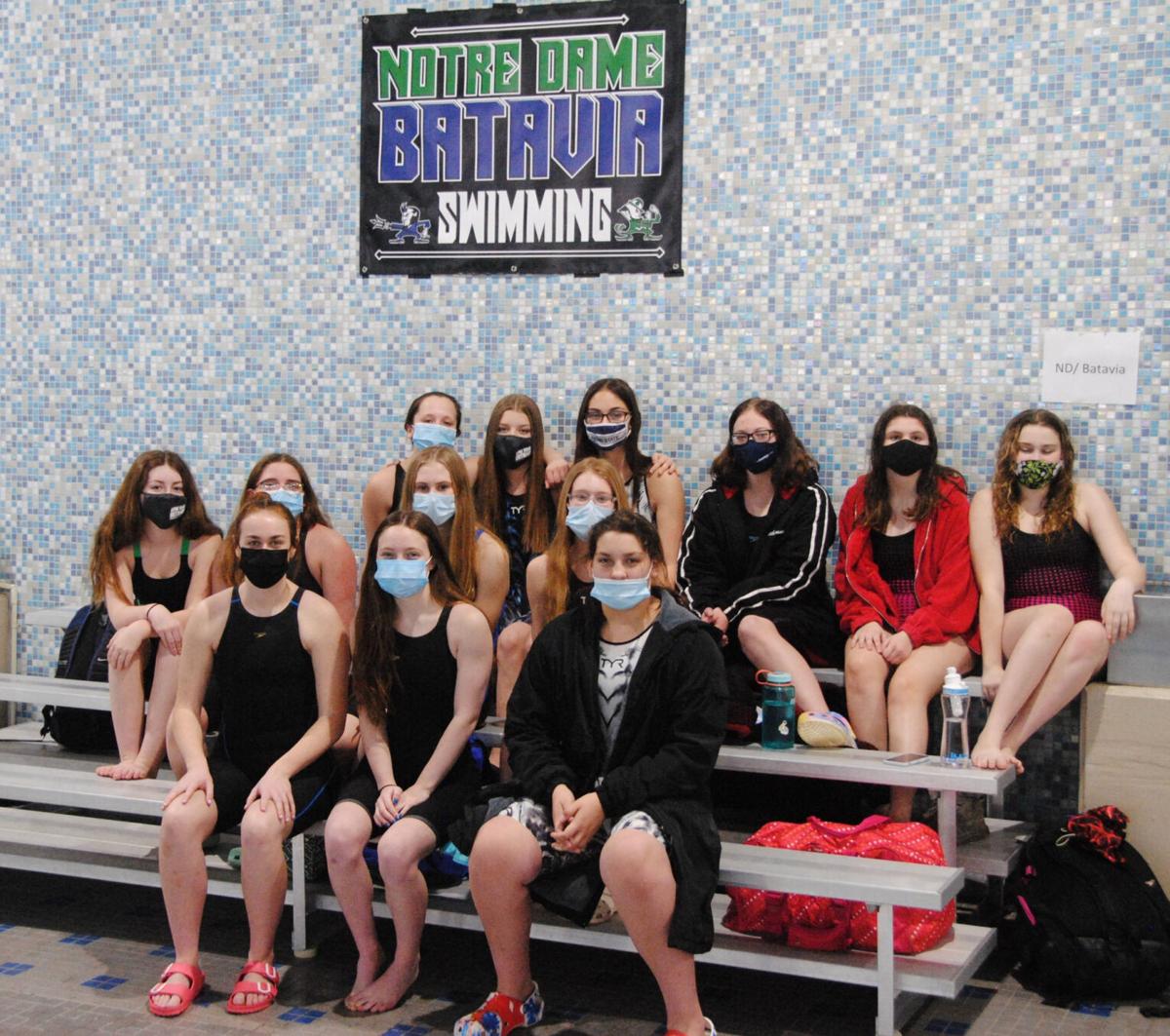 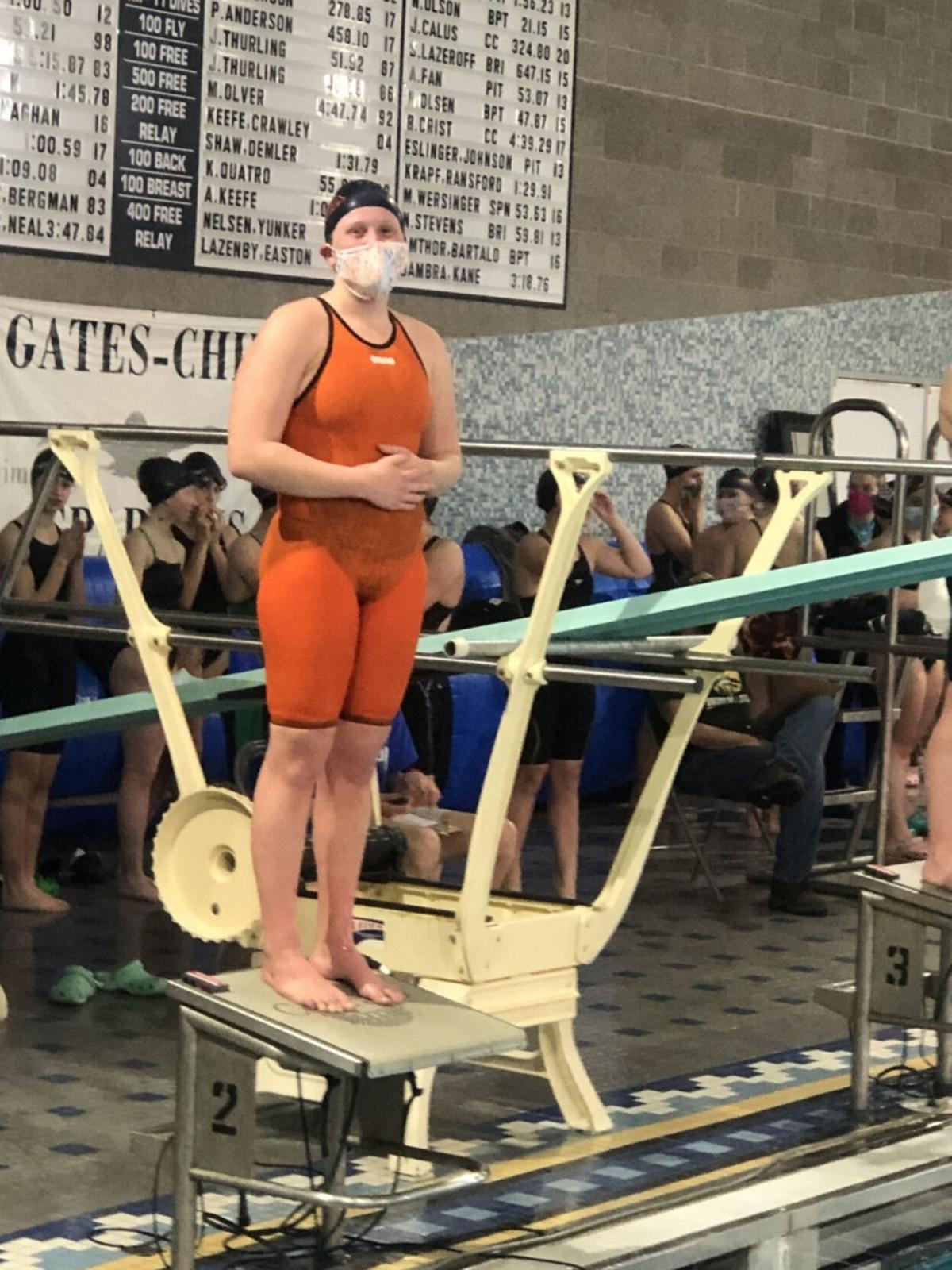 Provided Attica’s Jordyn Stachowiak broke the school record in the 500 free (5:40.54) by more than 10 seconds at Saturday’s GRAA Swimming Championships. 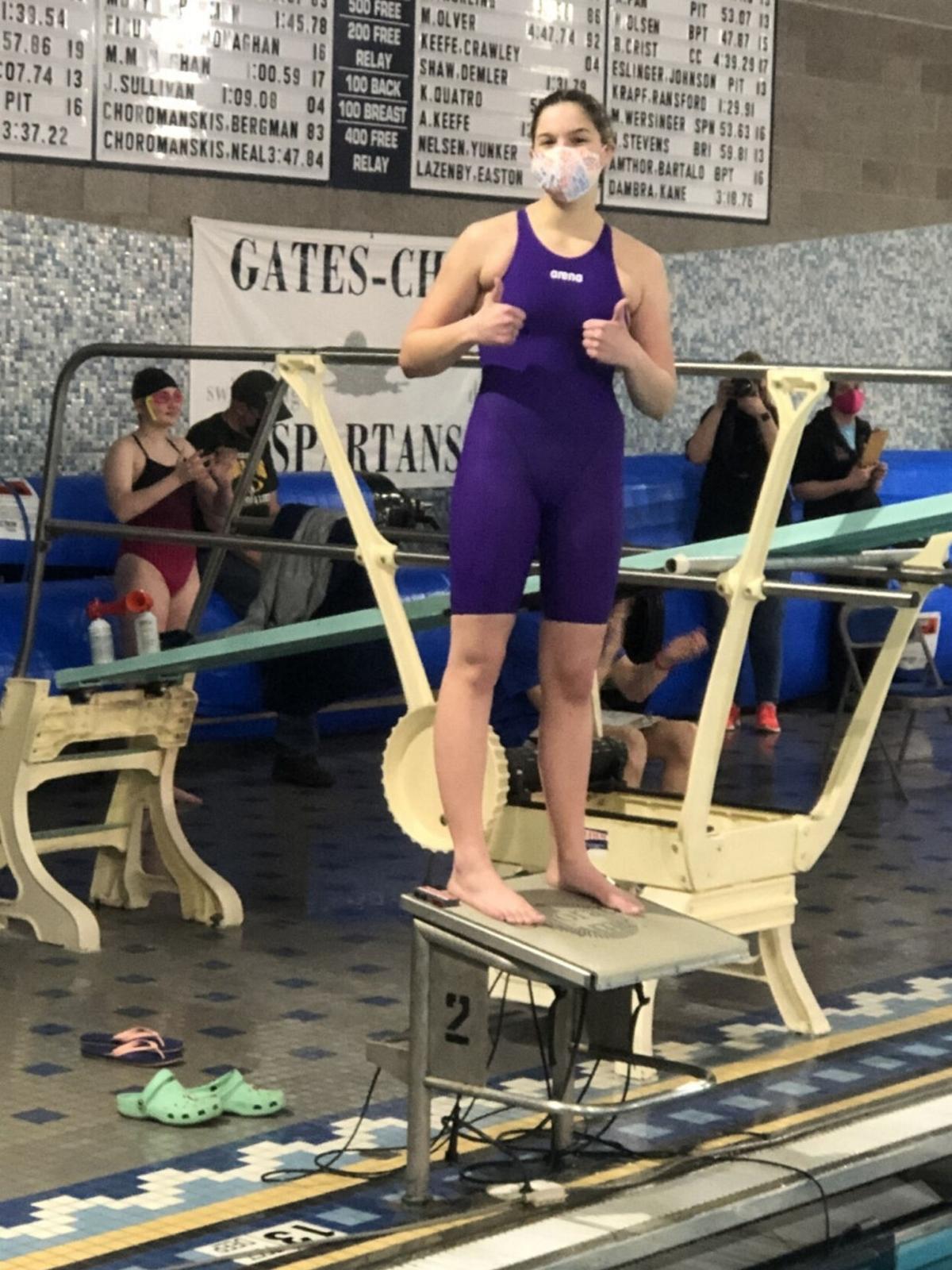 Provided Attica’s Libby Kibler broke her own school-record in the 100 backstroke (1:04.22) at Saturday’s GRAA Swimming Championships. 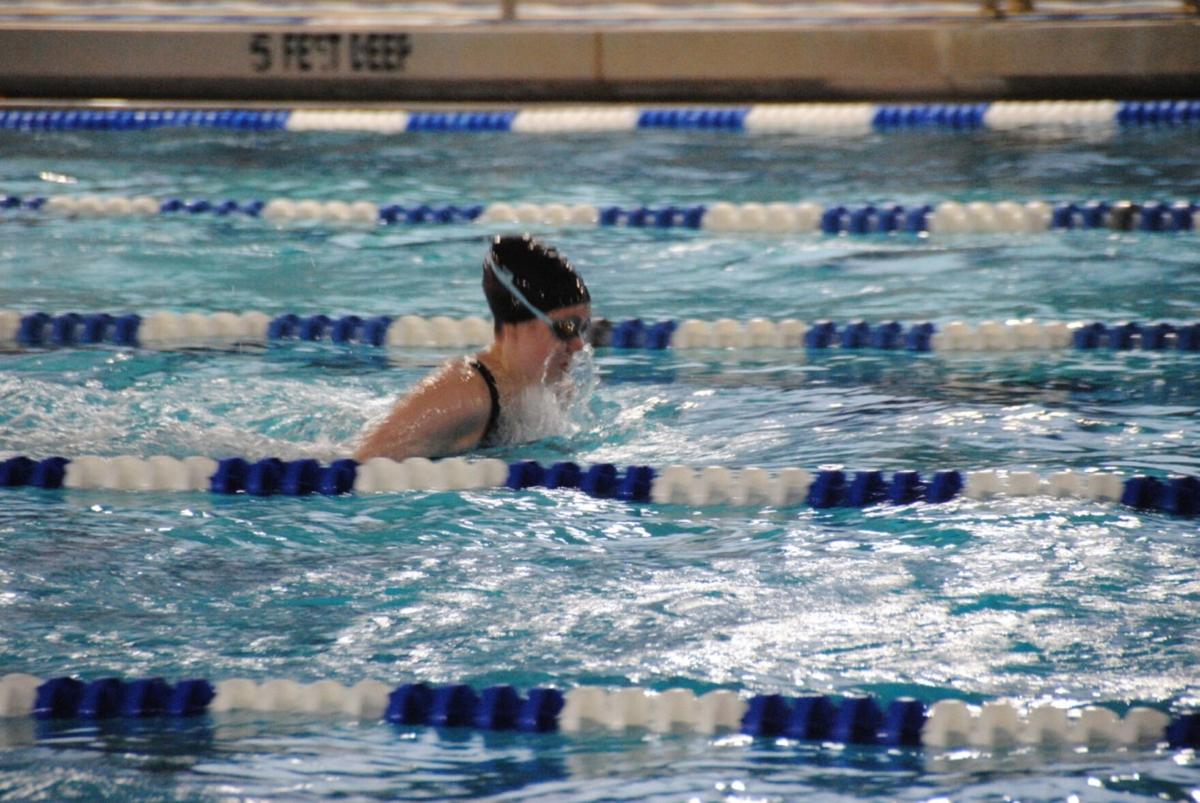 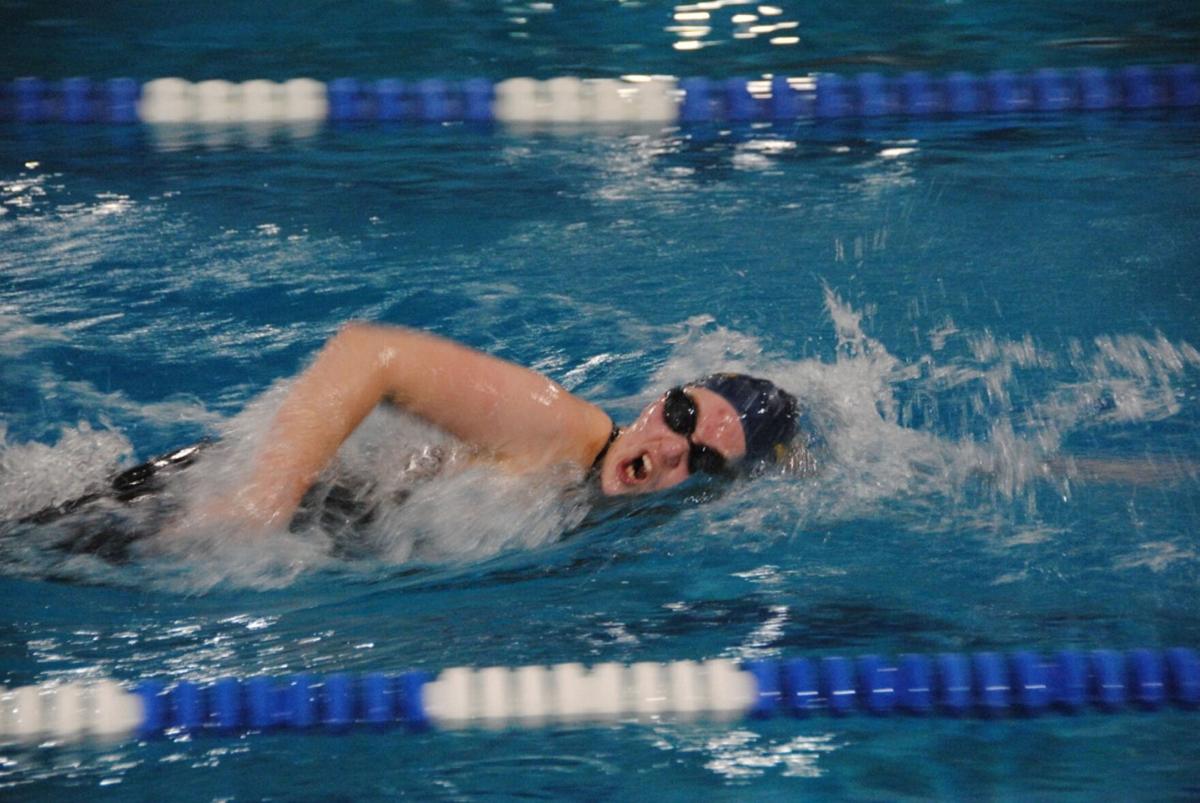 ProvidedBB/Le Roy’s Alaura Rehwald, Natalee Shepard, Jorie Strzelecki and Peyton Koukides broke their own school-record in the 200 free relay with a winning time of 1:46.36 at Saturday’s GRAA Swimming Championships.

Provided Attica’s Jordyn Stachowiak broke the school record in the 500 free (5:40.54) by more than 10 seconds at Saturday’s GRAA Swimming Championships.

Provided Attica’s Libby Kibler broke her own school-record in the 100 backstroke (1:04.22) at Saturday’s GRAA Swimming Championships.

GATES — It has been a season to remember for Sara Stockwell.

BB/Le Roy took the team title with 492 points while Batavia/Notre Dame was a strong second with 419 ahead of third place Harley Allendale Columbia (377) who was only two points in front of fourth place Attica (375).

Alexander placed fifth while Pembroke was sixth overall with 224 points.

“Words cannot express how proud we are of this team,” coach Stockwell said. “These ladies put the work in and the results speak for themselves. We have had such an amazing season in the face of so many challenges. These ladies are such a special group of people and I can’t wait to see what they do in the future.”

In fact, they broke two of their own school-records as senior Alaura Rehwaldt broke her own record in the 100 fly as she placed first with a time of 1:03.59.

Rehwaldt, along with freshman Natalee Shepard and juniors Jorie Strzelecki and Peyton Koukides, also broke their own school-record in the 200 free relay with a winning time of 1:46.36.

Strzelecki, Koukides, Rehwaldt, and Victoria Rogoyski started the meet off right with a second place finish in the 200 medley relay (1:59.59.)

The Bees ended the night with a fourth place finish in the 400 free relay for Mikayla Yohon, Wheeler, Grace Shepard, and Natalee Shepard.

Coach Eric Geitner was proud of his runner-up Batavia/ND squad that placed second.

The Irish/Devil relays were outstanding, with Fulton, Nickerson, Bellamy, and Colatonio taking second in the 400 free relay in 4:00.42 and second place in the 200 free relay with Colantonio, Emerson, Courtney Daniels, and Woodruff in 1:53.75. Their 200 medley relay featuring Colantonio, Fulton, Emerson and Bellamy placed third in 2:04.90.

“Every one of our girls swam best times,” coach Geitner said. “They were ready to go for this meet and were excited to finish the season in a great fashion. Getting second place was an outstanding accomplishment for this crew, and I couldn’t be prouder of these girls. It was a great week for the Batavia and the Notre Dame swim families with our boys sectional performances and our girls performance tonight.”

The Attica girls, coached by Anthony Ianni, also had some outstanding performances especially Jordyn Stachowiak and Libby Kibler, who both broke school-records.

The senior Stachowiak placed first overall in the 200 free with a winning time of 2:09.98.

Kibler, only a sophomore, placed second in the 100 backstroke breaking her own school-record with a time of 1:04.22.

Both Attica swimmers also contributed in relay event success as Stachowiak and Kibler, along with Kaylie Bugajski and Sarah Alferio placed third in the 200 free relay (1:53.93) while that same foursome placed fourth in the 400 free relay (4:12.59).

Stachowiak has been swimming on Attica’s varsity since she’s been in seventh grade says coach Ianni.

“Ever since seventh grade her goal was to break the school-record in the 500 free,” coach Ianni said. “I am so excited that she completed her goal at her last varsity meet. She didn’t just break the record she shattered it by 11 seconds. It was an outstanding performance from Jordyn.”

Attica had another strong performance on the diving board as junior Cassidy Strzelec placed first with 242.45 points.

Alexander sophomore Jadyn Mullen was a double winner for the Trojans as she captured first place in both the speed events — the 50 freestyle and 100 freestyle.