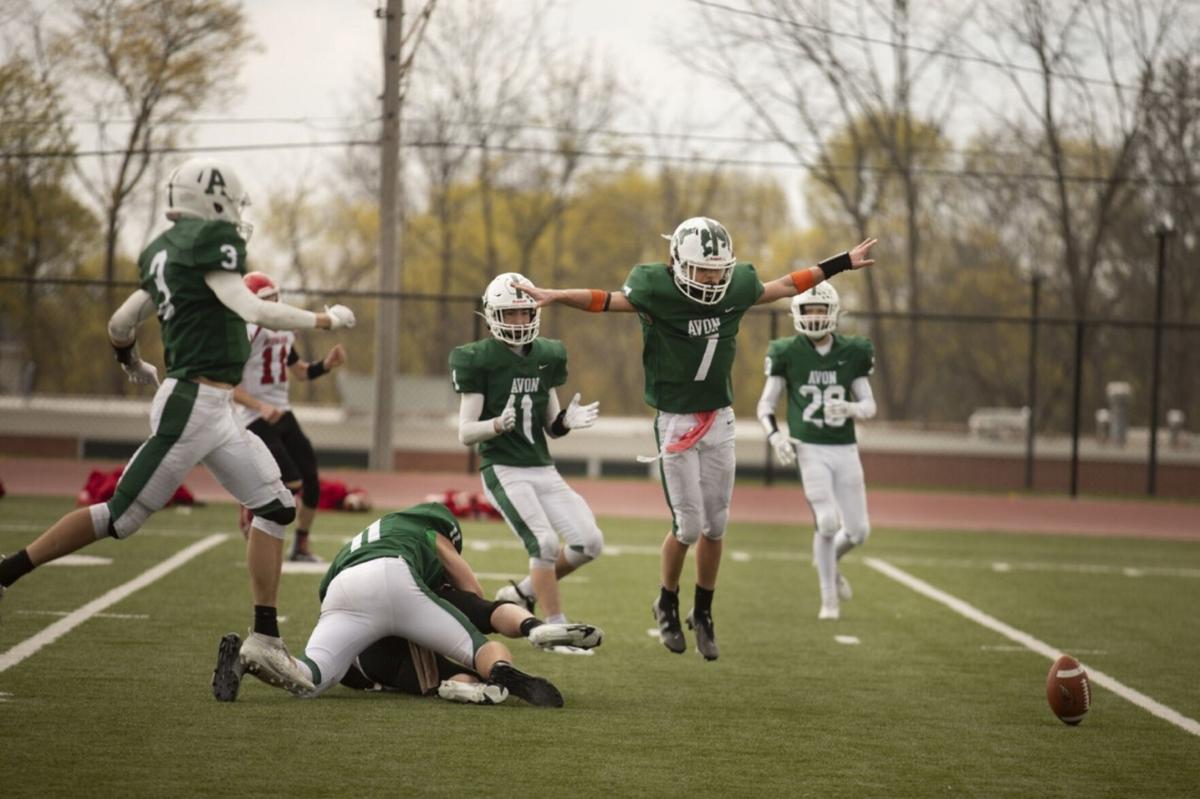 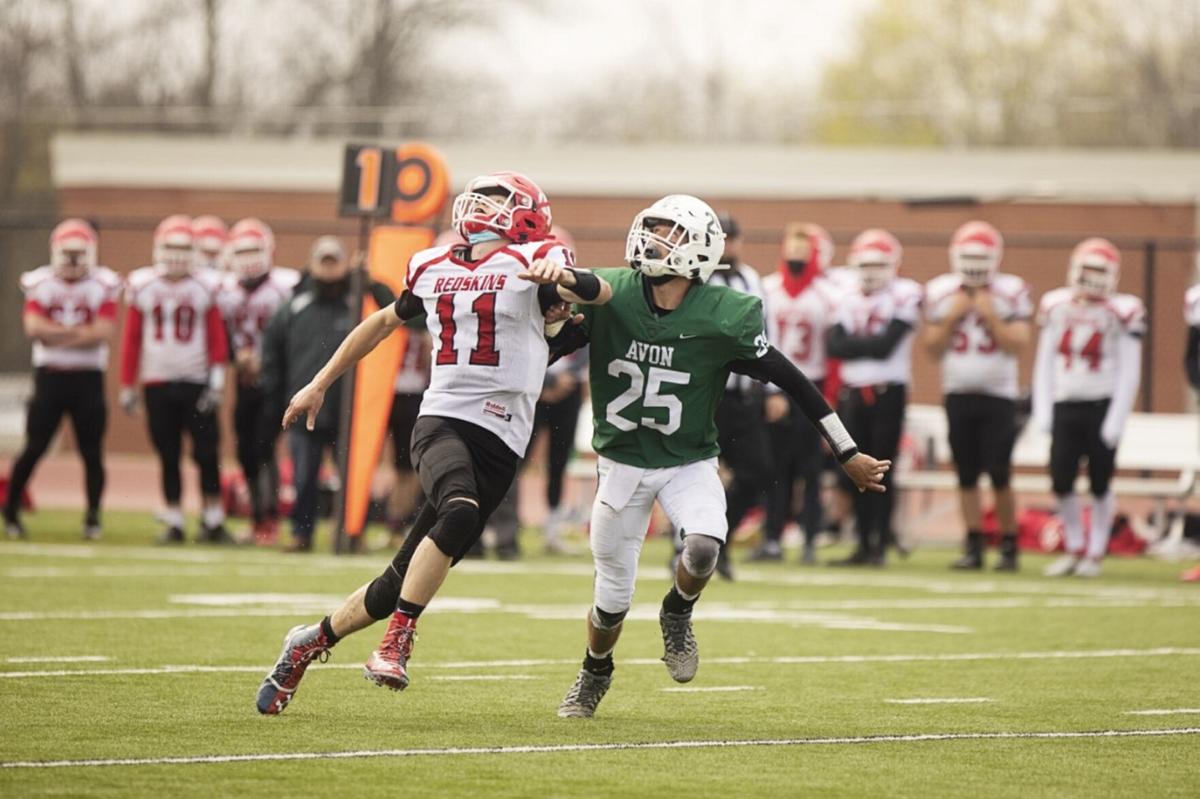 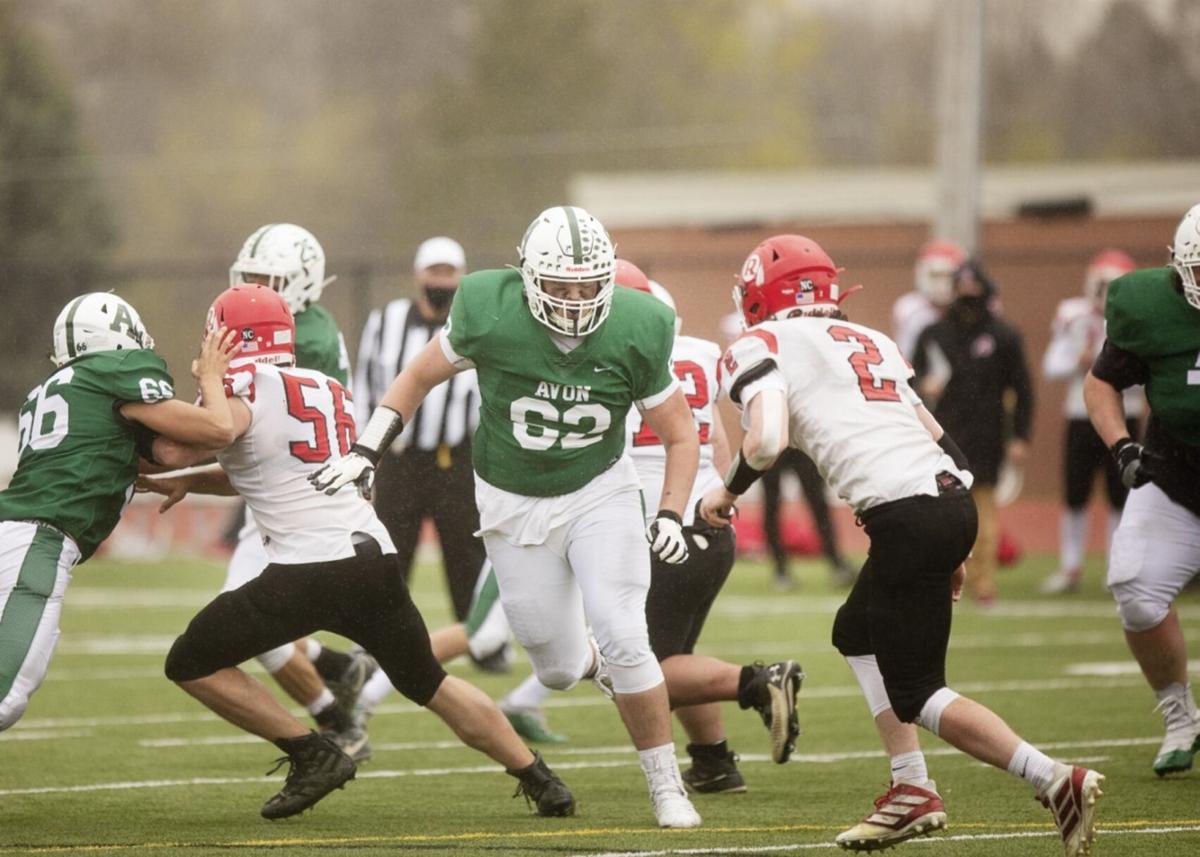 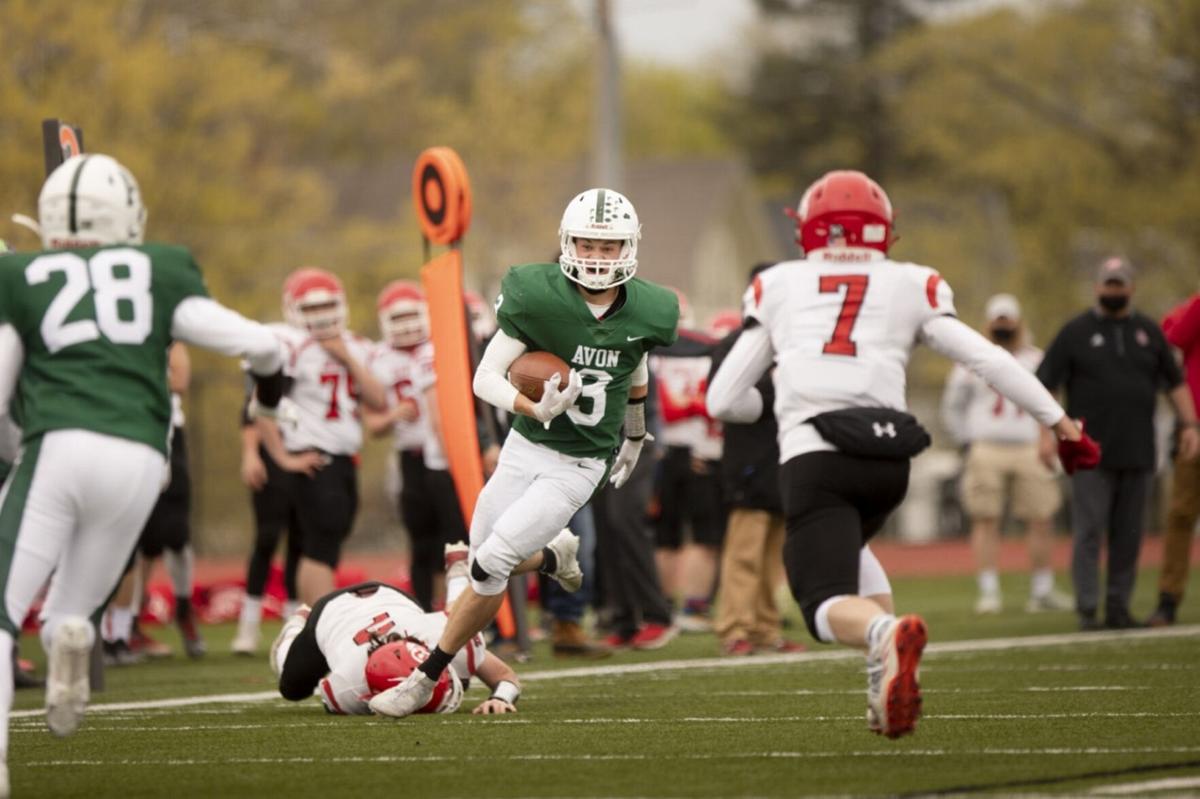 AVON — After getting pushed around in last week’s 37-7 loss on senior night by OAE, costing the Braves a No. 1 seed and home field throughout sectionals, Avon football needed to focus on getting back to the basics — blocking and tackling — and let the chips fall.

After falling behind 8-0 in the second quarter, second-seeded Avon rallied to score the next 16 unanswered points to secure their 16-8 victory over No. 3 Canisteo-Greenwood in the Section V Class D semifinals Sunday afternoon in Avon.

“I was really proud of how my guys bounced back today beating a very good, physical C-G football team,” Avon head coach Andy Englert said. “Our preparation was hard with short days but it was great to see how we responded to adversity from our previous game. My guys never lost focus.”

The Redskins had the better of the early action, and with 9:11 left in the second quarter, on a fourth down call, QB Roque Santiago caught some trickery when he pitched to Andrew Morling, who turned and threw back to a wide open Santiago who walked into the end zone for the 6-0 lead.

Santiago paid the favor back to Morling on the two-point conversion for the 8-0 lead.

But this is where Avon started to take over.

With 5:38 left in the first half, QB Rich Brice, shook off last week’s tough game, and hit Michael Rowland with a short pass as Rowland hustled down the right sideline for the 28-yard touchdown and an 8-7 game following Carson Williams’ PAT boot.

In the third quarter, junior RB Thomas Welch gave Avon their first lead of the game at 14-8 when he scored on a three yard jaunt followed by Williams’ boot with 5:26 left in the third.

A huge special teams play by punter Dylan Smith very well could have been the play of the game when his punt near his own 40 sailed all the way down to the C-G two putting the Redskins on their heels.

And just one play later, Welch the junior came hard on the edge and tackled Chase Weeks on a pitch right four yards into the end zone for the safety with 8:16 remaining and a 16-8 Braves’ lead late in the third.

Welch nearly put this game on ice as he had a couple of long runs that eventually put the ball inside the C-G one yard line to start the fourth quarter but some untimely penalties and a botched snap led to a blocked field goal by the Redskins to keep it a one score game.

The Redskins would block a second goal attempt, this one from 30 yards away, with just over six minutes left.

The Braves’ defense would stand tall on C-G’s ensuing offensive series and on a huge fourth and three call, Avon’s interior lineman Aydan Reid, Lucas Findlay, Logan Austen, Michael Thompson and Nolan Clar, stopped the attempt well short of the first down giving the ball back to Avon with just 1:39 to go and ultimately sending Avon into the title game.

Englert credited the outstanding play of both his interior lines which included Findlay, Reid, and Thompson, as well as Joey Frazer and Carter Fronk on the offensive end as well.

He also pointed directly to Welch, Rowland and Roman Volpe on both sides of the ball.

Santiago was held in check passing though going 7-of-17 passing for 50 yards.

Meanwhile, Welch was a beast on the ground going for 189 yards on 22 carries with one TD.

Brice finished a productive 9-of-13 passing for 74 yards with five of those balls going to Volpe for 40 yards.

Carter Fronk and Aydan Reid each added three tackles for the Braves.

The victory catapulted Avon into the finals where they will host an Alexander squad they beat 21-0 in week two.

Alexander upset No. 1 OAE 9-7 in their semifinal giving the home field back to the Braves.

Englert is expecting a much tougher battle this time around.

“They are a very well coached team — coach (Tim) Sawyer will have his guys ready,” Englert said. “Alexander is very tough, physical group, so we will enjoy this one today but get back to work tomorrow to prepare for an outstanding team. It’s hard to be a good team twice.”