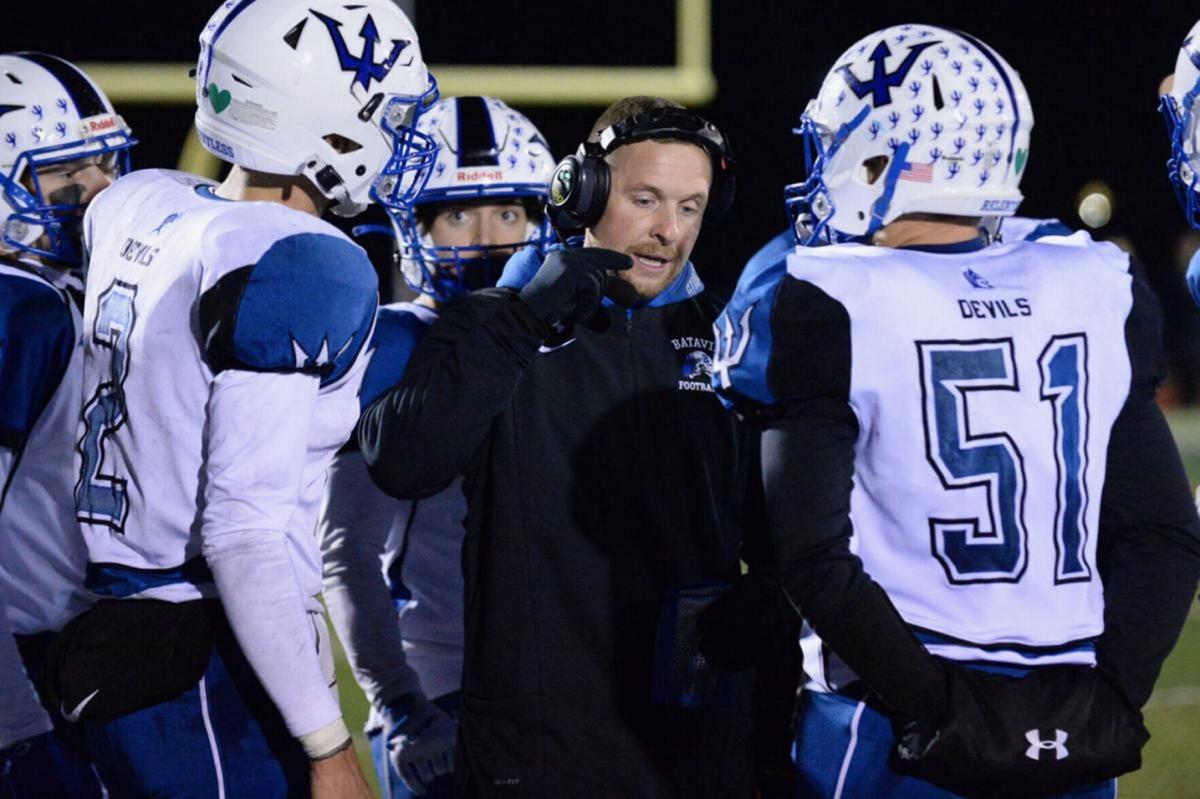 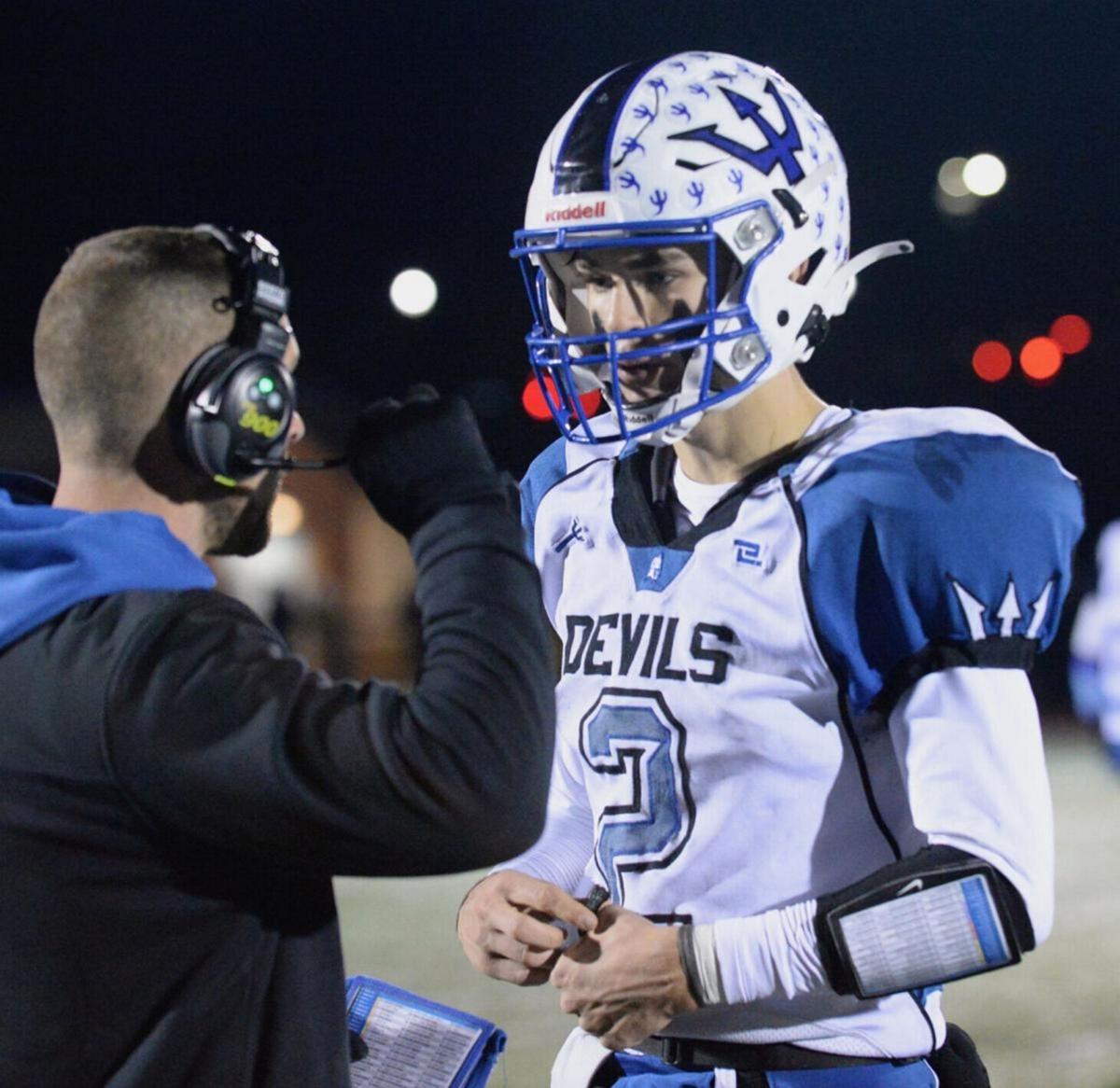 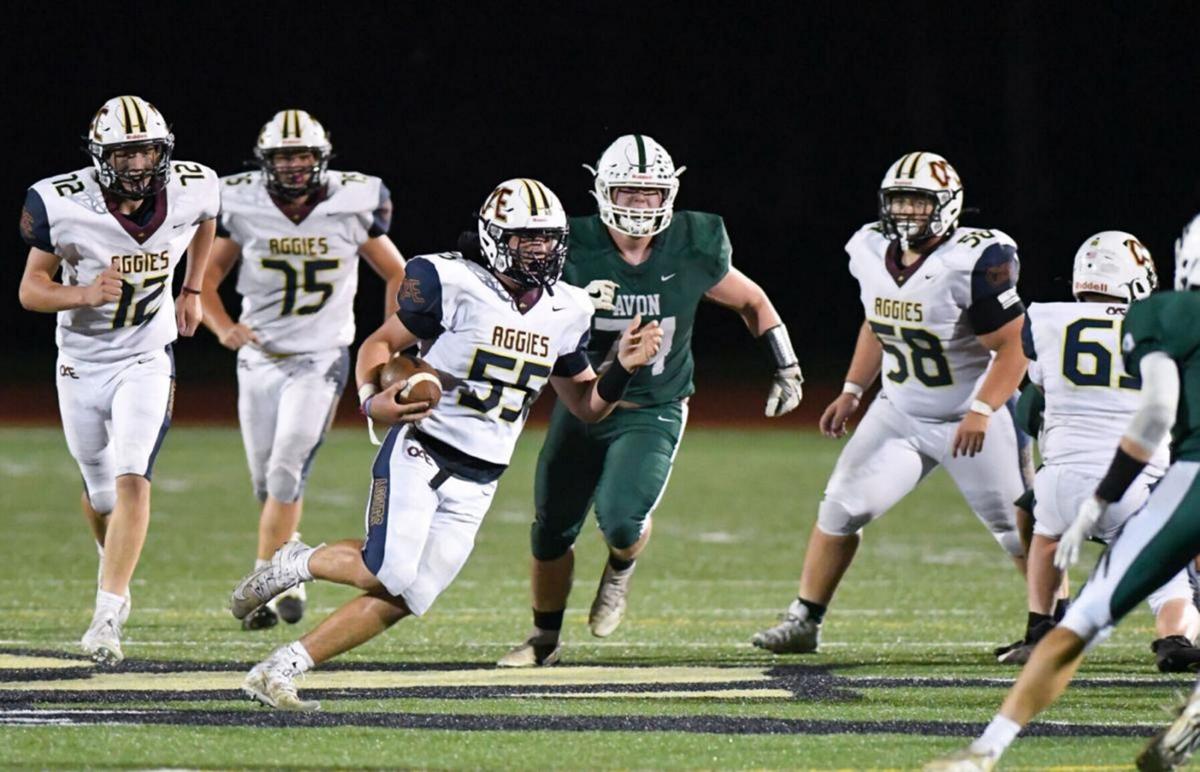 Daily News File Photo OAE’s CJ Gottler runs with the ball after recovering a fumble this season against Avon.

Daily News File Photo OAE’s CJ Gottler runs with the ball after recovering a fumble this season against Avon.

And just like that, the curtain has hit the cast for the 2021 high school football season for all of the local teams except New York State Class D semifinalist Oakfield-Alabama/Elba. And with the conclusion of the campaign, last week it was time for Section V to hand out some individual hardware, with two coaches and a trio of players coming away with their class’s honors.

In Class B, sectional champion Batavia earned both the Offensive Player of the Year, with senior quarterback Jesse Reinhart coming away with the honor, while Blue Devils head coach Brennan Briggs was named the Class B Coach of the Year.

In Class D, it was sectional champion Oakfield-Alabama/Elba coming away with a pair of awards as senior lineman CJ Gottler was named the Defensive Player of the Year, while second-year head coach Tyler Winter was named the Class D Coach of the Year.

Also in Class D, Avon senior running back Thomas Welch was named the Offensive Player of the Year.

Reinhart was a three-year starter under center for the Blue Devils and helped to lead them to a 10-2 overall record and a victory over Honeoye Falls-Lima in the Class B title game. Reinhart was one of the key cogs that helped lead the Batavia offense to averaging 37 points per game this fall.

“Jesse had a fantastic year,” Briggs said. “He put in a lot of time in the off-season and matured as a quarterback and person. I’m happy for him. He also had a great line blocking for him and some serious playmakers out there helping him out, as he knows. It’s always nice when players in our program are recognized. It’s good for Batavia.”

For Briggs, he guided the Blue Devils to their fifth Class B crown under his watch, with all coming since the 2014 season. Having just completed his 10th season as head coach at Batavia, Briggs has put together an overall record of 76-24, with just two losing seasons — his first two — over the past decade. Batavia’s other sectional titles under Briggs came in 2014-16 and 2018.

Gottler has had a simply dominant season on the defensive end for the Aggies, who defeated Section VI’s Randolph in the Class D Far West Regional final on Friday and will meet Tioga in the New York State Class D semifinals this Friday. With his nine-tackle effort in the win in the regional final, Gottler now has 105 tackles this season — with 26 coming for a loss — while he also has five sacks and three fumble recoveries.

Gottler guided a defense that has allowed just over 10 points per game this season.

“CJ winning this award is the by-product of many years of hard work and commitment during the off-season.,” Winter said. “He was the first guy to begin the resurgence of our morning lifting program for OAE. Even as a freshman, he was so determined to put in the work needed to be great. He has such a meticulous approach to sports and his preparation. It has been such a pleasure to watch all of those hours he put into the weight room help him achieve the results on the field that he has achieved. I could not be more proud of him.”

Since taking over for Cintorino, Winter has helped lead OAE back to the realm of 11-man football and has done so seamlessly. Over the past two years Winter has a record of 16-2, which includes this year’s Class D sectional title and two straight Class D No. 1 sectional seeds.

This season Winter has helped lead an Aggies offense that is averaging nearly 47 points per game and a defense that is surrendering 10.6.

“This is a great award because it is symbolic of all of the efforts put into this season across the board,” Winter said. “Any coach would tell you that, with a season like the one we are having, it takes a total team effort. The boys have bought into this team more than we could ever ask of them. Our assistant coaches put so much time into our preparation to make sure we are doing every little thing we can to give those boys the best chance to be successful.

“Our two administrative teams have countlessly gone above and beyond on behalf of the program,” Winter added. “Also, I would be hard pressed to find a group of parents who are doing more on a day to day basis to ensure the team experience for our kids is the best one possible. The success we have been fortunate to achieve this season is not an accident. Every piece of the machine has been giving their best since August. For all of those contributing members, this award surely represents each of them.”

OAE will play Tioga on Friday at 3 p.m. at Cicero-North Syracuse High School for a shot at playing the state championship game the following week.

This season, Welch helped lead Class D finalist Avon on both the offensive and defensive side of the ball. The senior ran 193 times for 1,170 yards and 13 touchdowns, while he also caught 21 passes for 228 yards and three more scores. After a huge spring season as well, Welch finished his high school career with 2,621 yards rushing and 26 touchdowns on 247 carries, while he also had 35 receptions for 325 yards and the three scores.

On defense this year Welch finished with 63 total tackles, with 4.5 coming for a loss, and an interception.