You have permission to edit this article.
Edit
Home
COVID-19: Back open for business
News
Sports
Obituaries
Opinion
Arts & Life
Calendar
Photo and Video
Ads
More
Share This
1 of 8 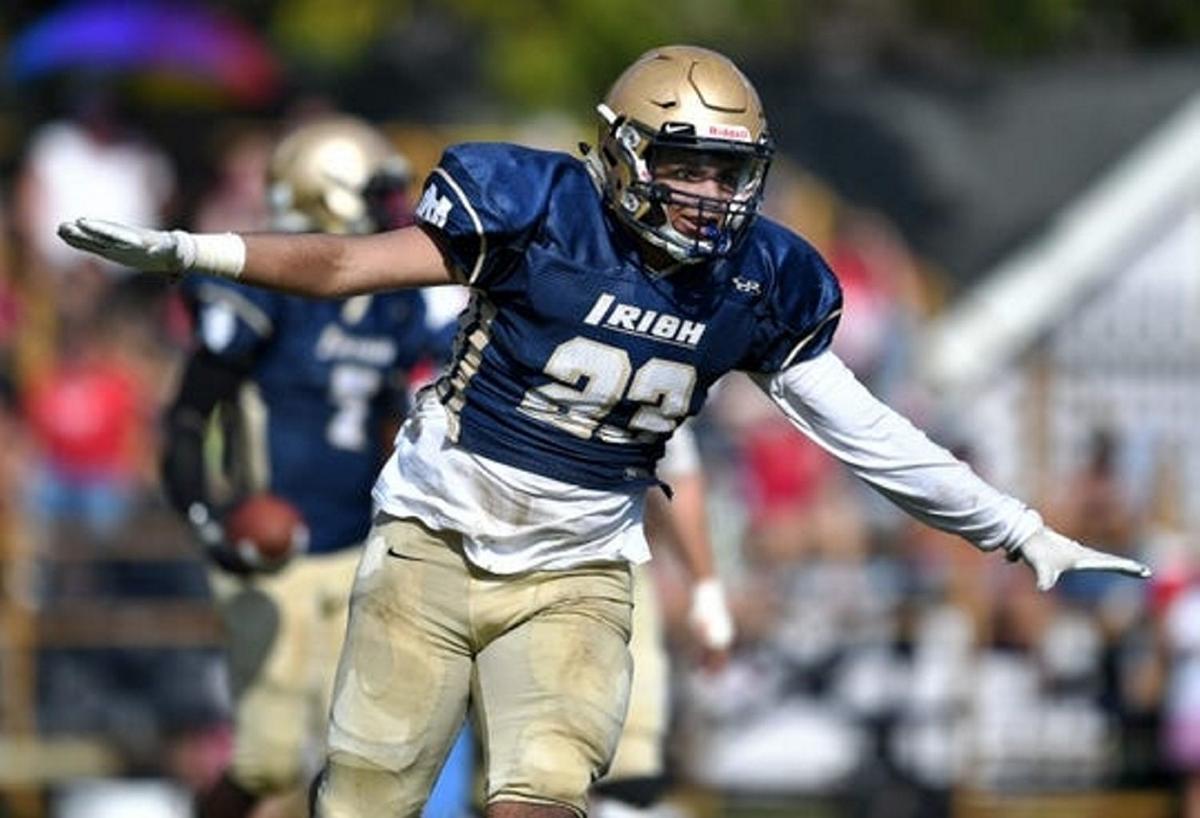 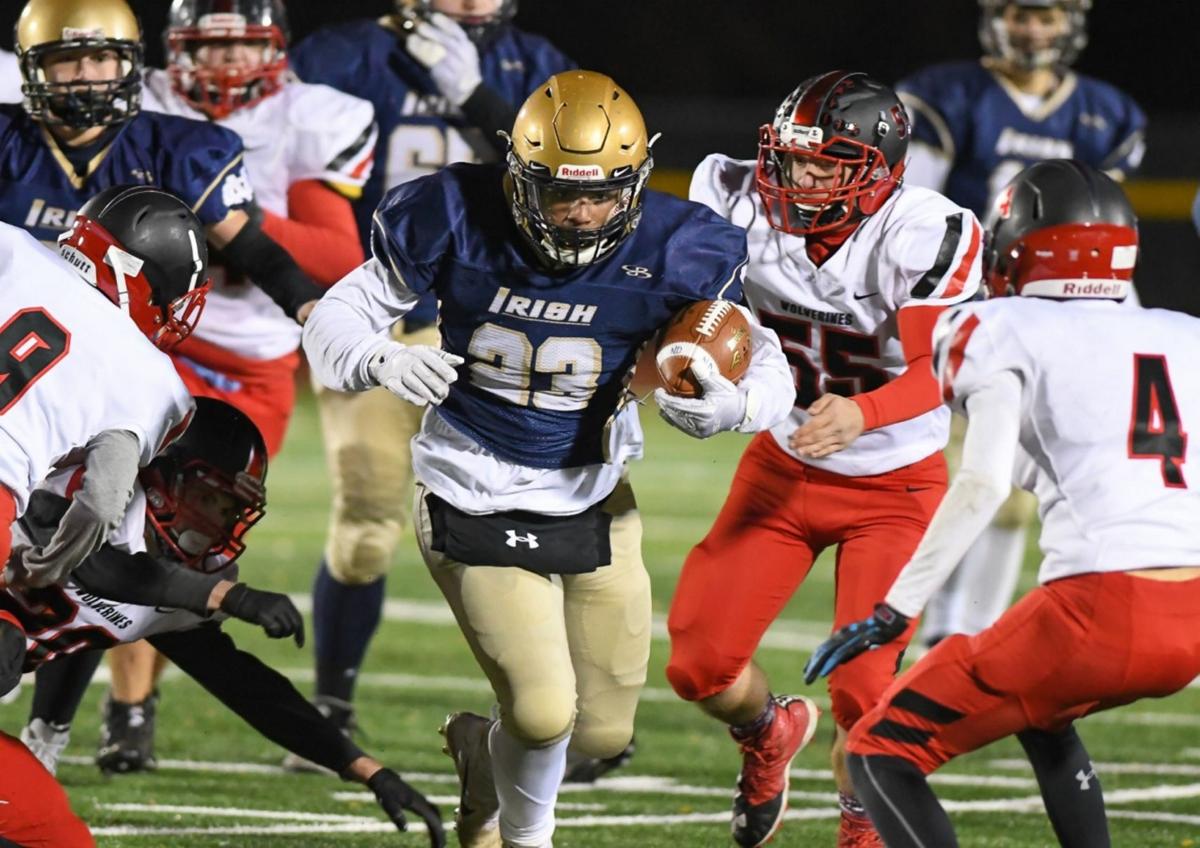 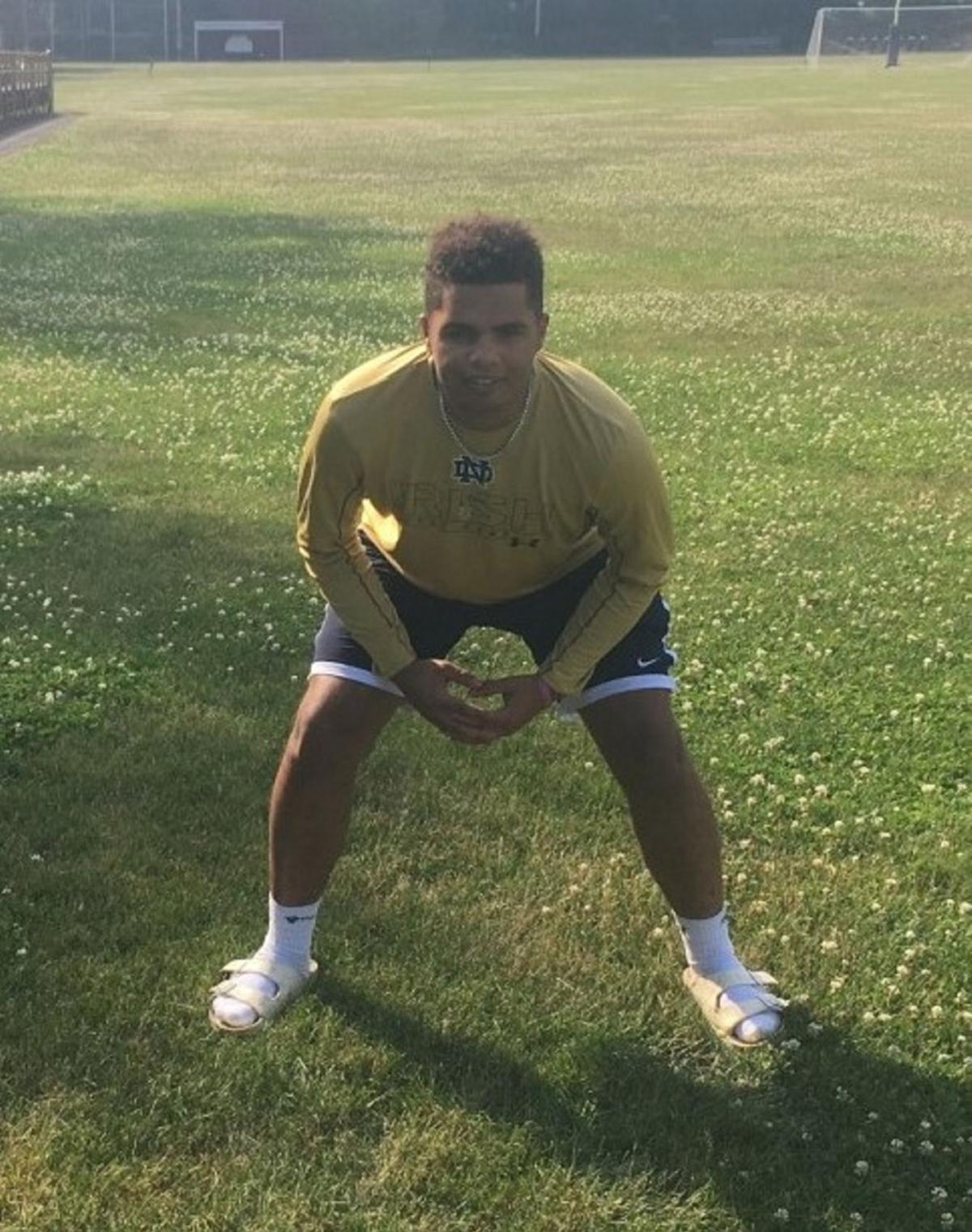 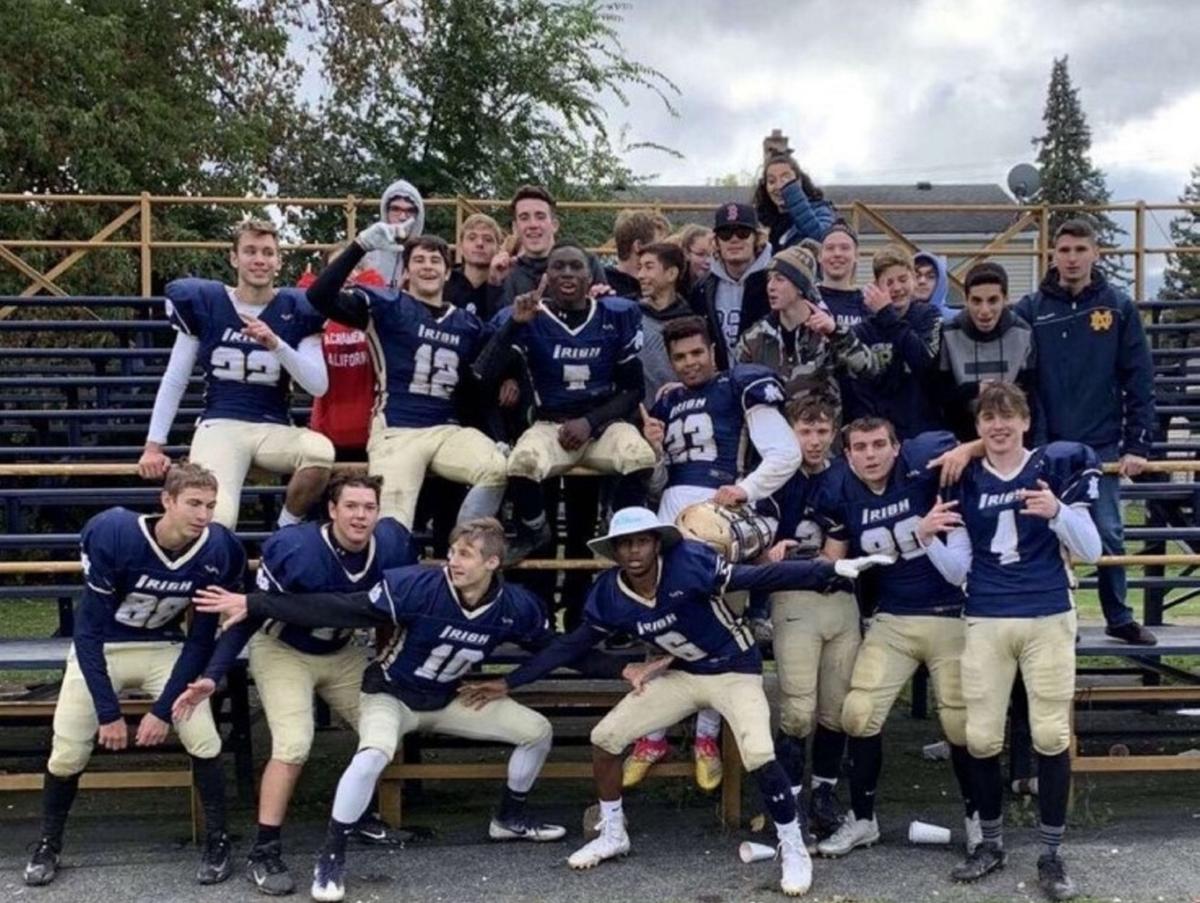 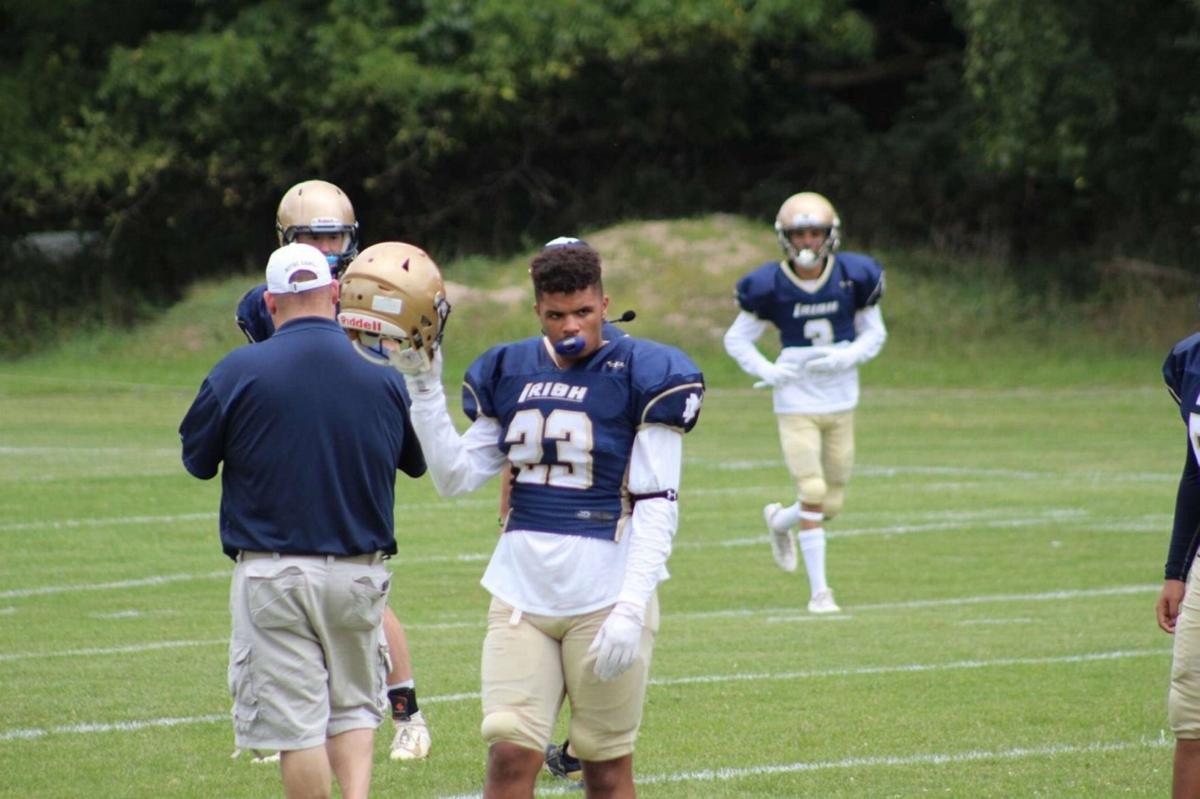 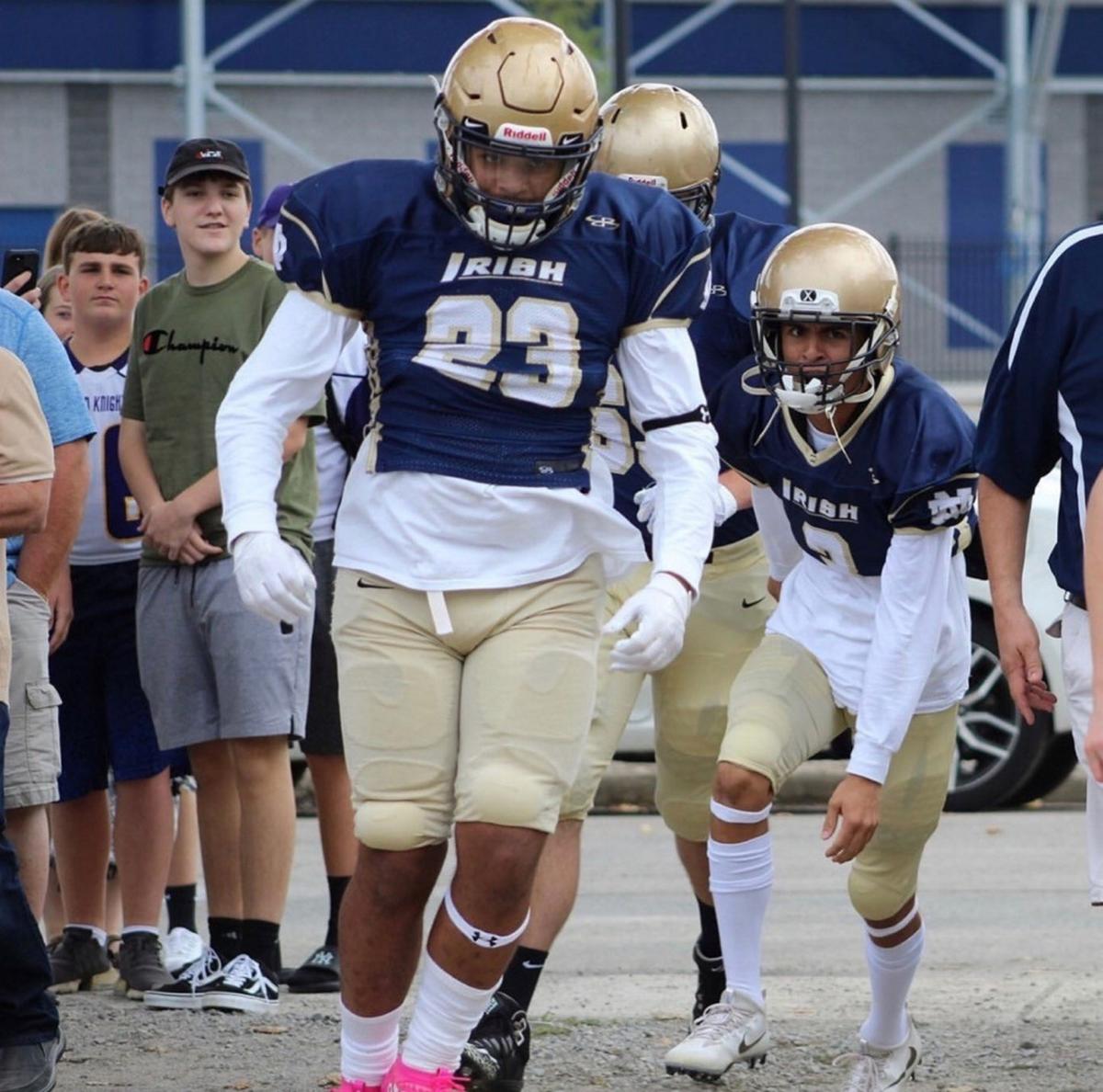 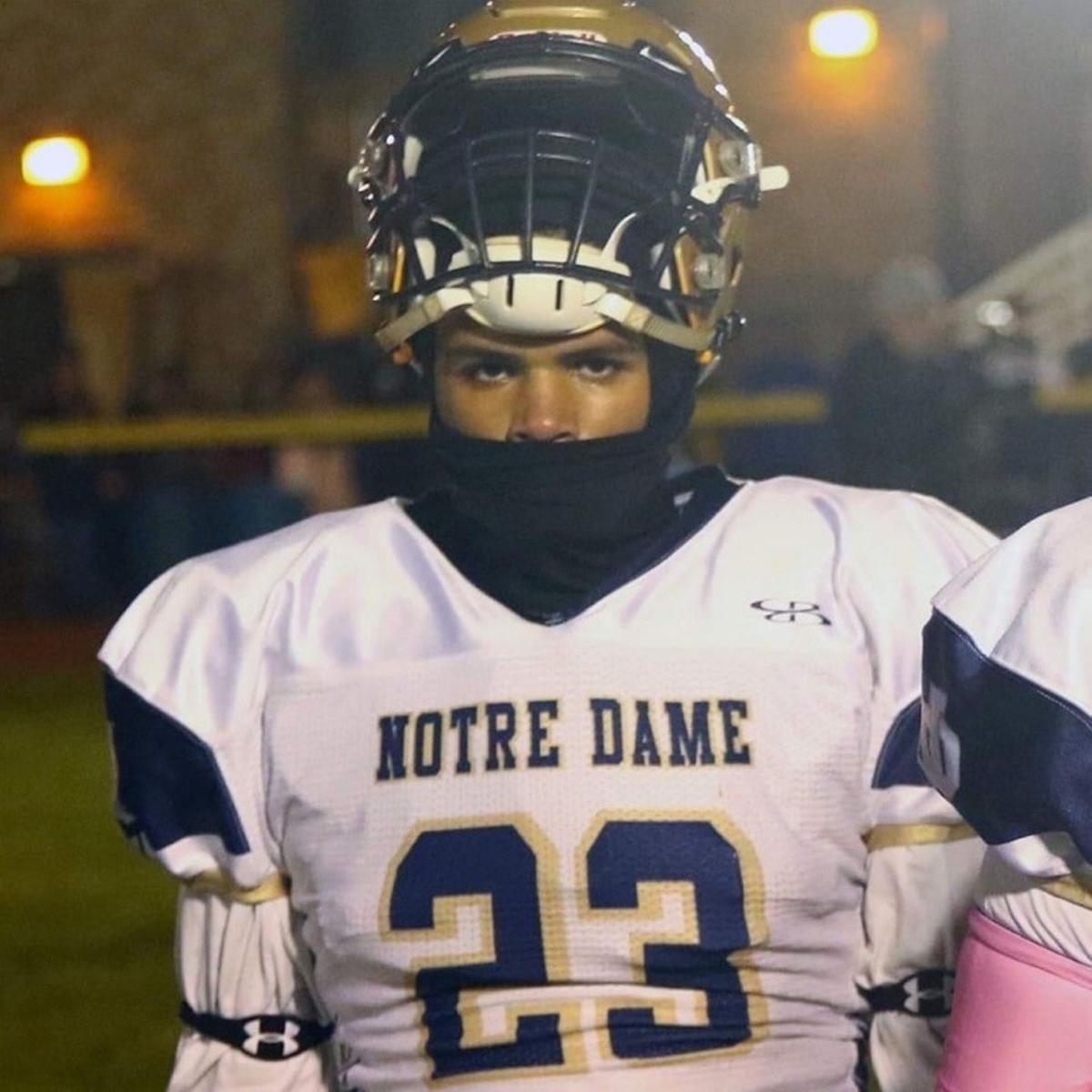 BATAVIA — Notre Dame head football coach Joe Zambito knew early on that he had found a pot of gold under his Fighting Irish rainbow when Cody Henry showed up for varsity practice as an eighth-grader.

“Cody is one of the, if not the, smartest football players I’ve ever coached,” Zambito said. “He’s constantly on Hudl watching film and sees things that amaze me. His nose finds the football and when he arrived he’s usually in a bad mood. He’s a great leader and takes things seriously yet he knows how to have fun.”

Henry, who according to Zambito, “has grew a good inch and a half” over the spring and summer, will enter the 2020 high school football campaign as one of the top underclassmen in all of Section V, playing linebacker on defense and a multitude of power spots for the offense including fullback and tight end.

“Cody came up as an eighth-grader when I was an assistant coach and started for me as a freshman when I became the head coach,” Zambito said. “He put a tremendous year together last year and I am expecting big things on both sides of the ball this year from Cody.”

At 6-2, 220 pounds, Henry was an absolute beast on defense last year, calling most of the defensive sets as only a sophomore.

He led the team with 91 tackles along with eight tackles for a loss and two QB sacks. He also picked off two passes and batted one down.

His shining moment was winning the sectional title last year.

“It was absolutely unbelievable,” Henry said. “Ever since I was a kid I’ve watched Notre Dame play on Saturdays, ever since 2012. I always had the feeling that I could make an impact on the program, but I never knew I’d end up holding the 2019 sectional championship with some of my best friends. Nothing will beat that feeling.”

Notre Dame finished 10-1 last year, beating their rival ALexander twice — 40-0 during the regular season and then again 14-7 in the Class D title game.

Henry went on to lead an Irish defense that allowed just 70 points through their first 10 games, including two shutouts.

And with the loss of Jed Reese and Gabe Macdonald to graduation, you can bet that Henry will see the rock a lot more this fall.

However, the 2020 season will be a much different look for Henry and the Fighting Irish as all but one of their offensive linemen have graduated with Donato Fiorentino the only returner as well as the loss of explosive offensive weapons Reese and Macdonald also gone.

But, as much as Henry will miss those guys, and cherish last year’s championship memories, he and his remaining Fighting Irish teammates aren’t ready to fold up shop just yet.

In fact, Henry is planning on taking it to the next level as far as his motivation is concerned.

“My motivation is sky high going into this season,” Henry said. “We’re going into the year working hard as if we didn’t just win a sectional title. Every time I step onto the football field I have a point to prove, I want everyone on the field and in attendance to know my name by the end of the game. But understanding that football is a team effort 100 percent of the time, I’m also striving to be the best defensive captain that any of my teammates could ask for.”

Henry knows he will have some other players just as hungry this fall to prove that as much as those graduates will be missed, Notre Dame football will be back and ready to defend their title.

“I strongly believe Mark Sanders Jr. will play a key role in the success this season as well as Colin McCulley, Dylan Warner, Donato Fiorentino, and Anthony Zambito,” Henry said. “All of them are very capable, veteran players ready to lead the team on another sectional run.”

With several D-I colleges in pursuit of Henry — including Western Michigan and Indiana State — and with still two varsity seasons to go — he’s excited about the opportunity to showcase his skills and gives much of the credit to his head coach.

“For starters, I am more than extremely blessed to call Coach Zambito my football coach for the past two seasons.” Henry said. “I really don’t think I’d be in such a position as I’m in right now without his constant support and encouragement. But, as well as every player who loves football as much as I do, D-I football is the ultimate goal for me. As humbling as these accomplishments have been for me in the past year, I still am 10 toes down on the training process and will do what it takes to get me to where I want to go.”

The only thing right now in Notre Dame’s path is the go-ahead from Governor Cuomo, allowing these kids to get out and play some football again.

“We are all obviously praying for a football season, but my guess is as best as yours is, I’m not really good at this quarantine thing,” Henry said. “So lets crack a cold soda and pray we have a season.”