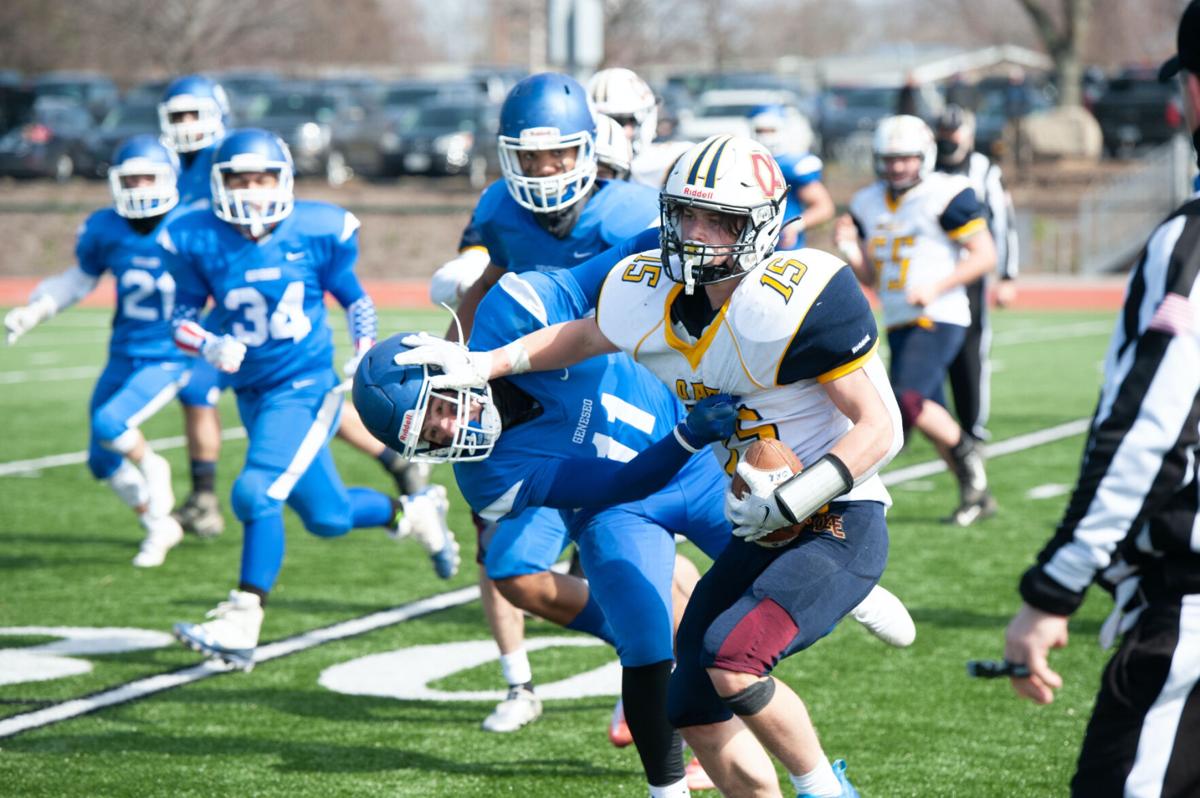 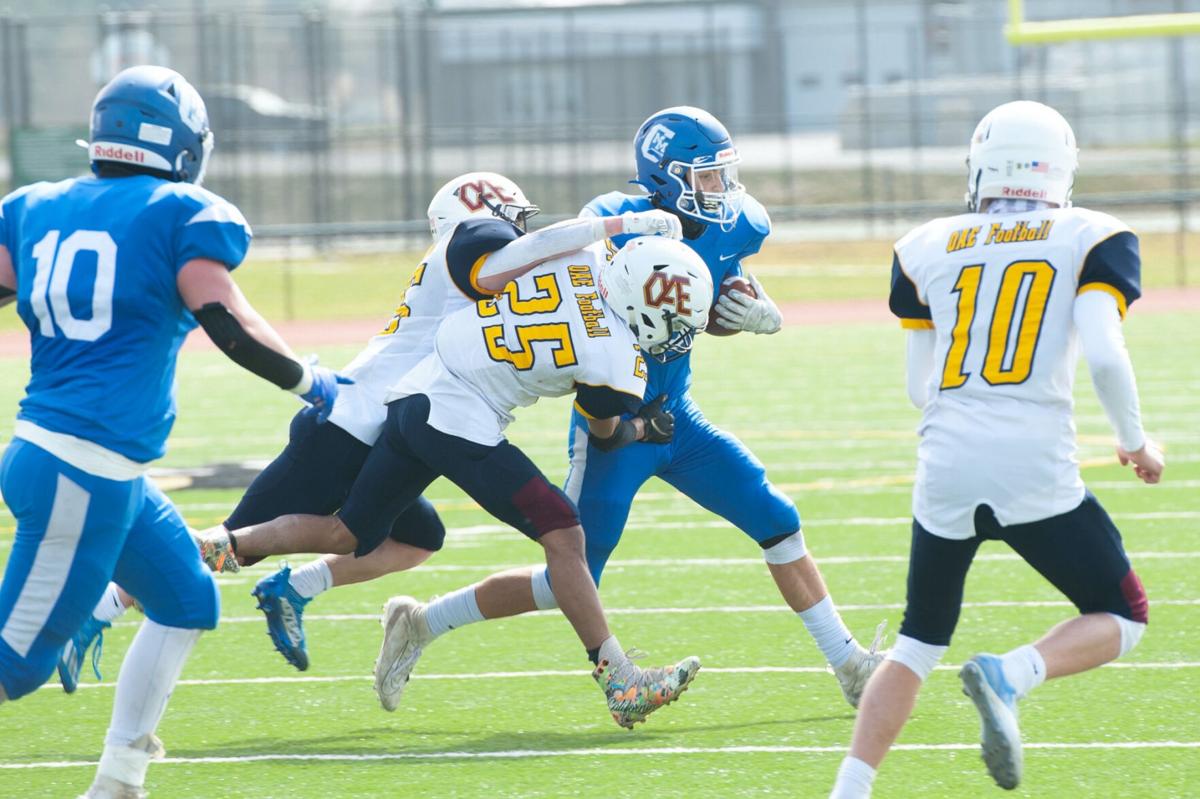 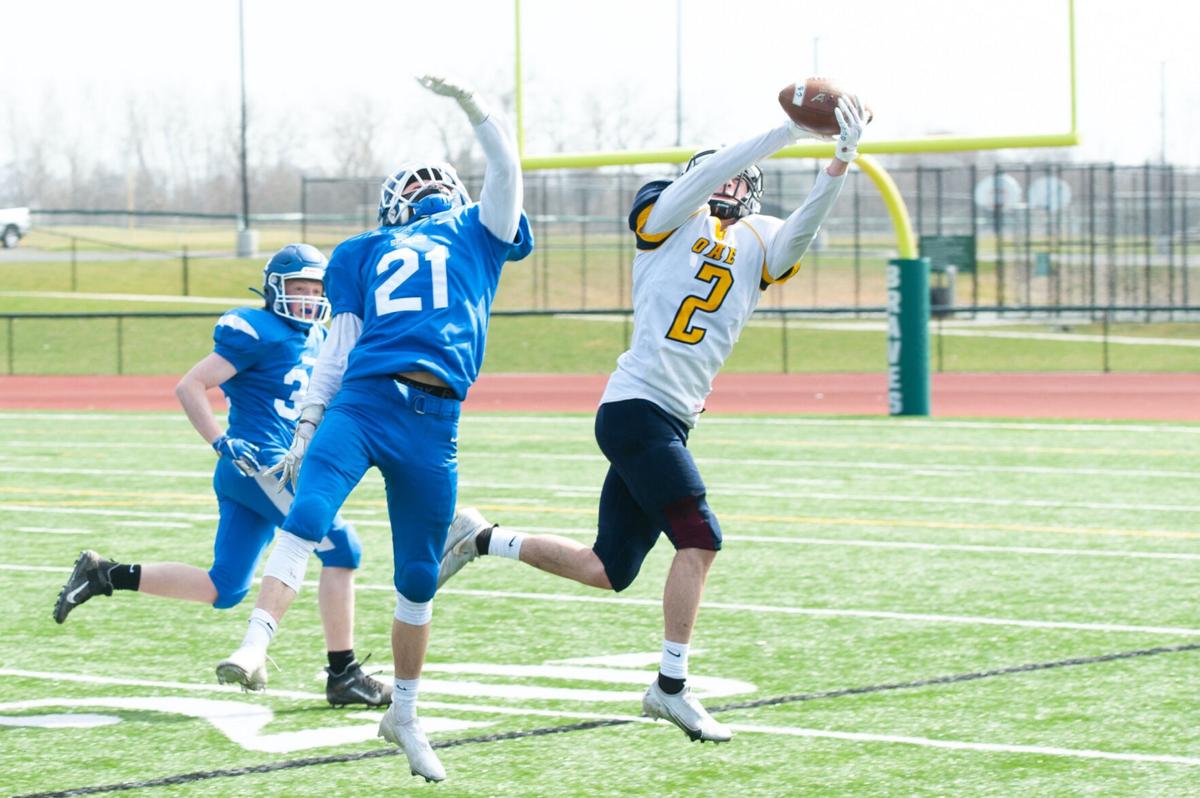 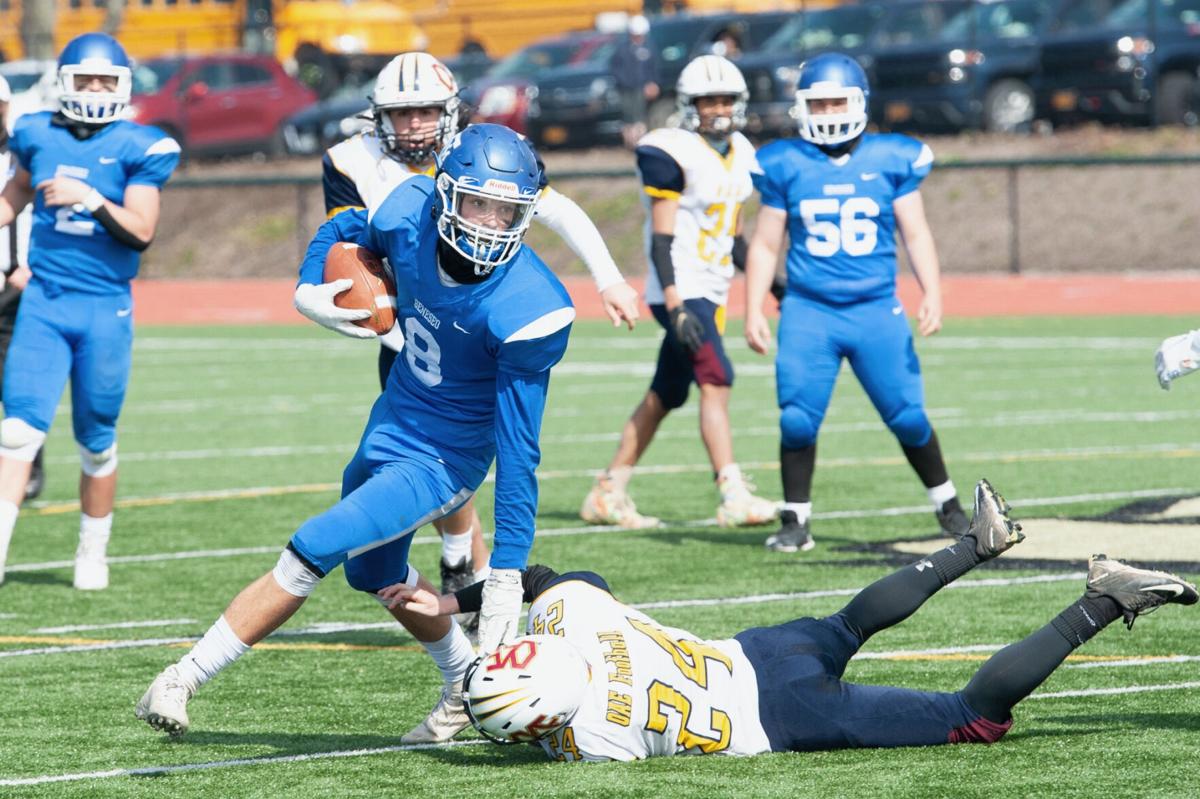 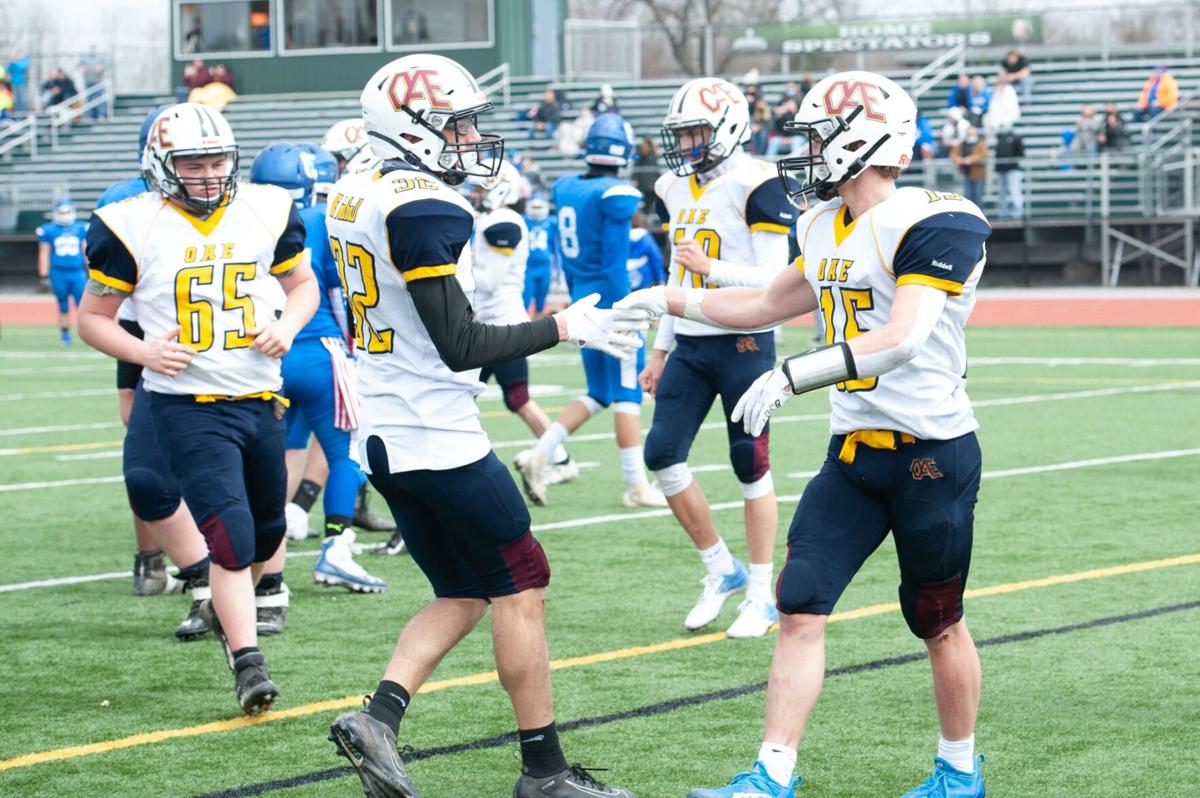 AVON — No one is having more fun than the Oakfield-Alabama/Elba football team.

Coming off of two straight eight-man football titles, the Aggies have carried their momentum over to the 11-man realm, beginning the year at 2-0 following their latest win, a 42-18 victory over Geneseo/Mt. Morris on Saturday afternoon at Avon High School.

“Players like Ty certainly don’t come around often,” said O-A/E head coach Tyler Winter. “Everybody on the outside sees the 10 touchdowns on game day, but they don’t see the type of preparation he puts into the weight room, the film room, and the field. As a program, we’re thrilled about what Ty has done so far, but we’re far from surprised.”

As if his production on offense wasn’t enough, Mott also recorded a team-high seven tackles, two for a loss, and added a sack from his linebacker position.

“I love the way our team responded to a little bit of early adversity,” added Winter. “Geneseo opened the game with a nice scoring drive that chewed the clock. We were then able to make a couple of adjustments throughout the game and I thought we did a lot of good things in all three phases of the game.”

Senior linebacker Peyton Yasses also recorded seven tackles to go with a sack, while junior defensive end C.J. Gottler made six stops, two of which came for a loss, and also recorded a couple of sacks. Senior defensive lineman Dontrell Jenkins made five tackles and recovered a fumble.

“Today definitely tested our ability to ‘bend but not break’ on defense,” said Winter. “It seemed like every time we needed a big play on defense, one of our guys stepped up and made a play to get us the ball and those couple of stops allowed us to pull away.”

“Our depth has been essential to our success the past two weeks,” said Winter. “One of the most exciting parts of coaching this team is knowing you have a large amount of guys that can go out there and make a big play to help the team. As we get deeper into the season, our team’s depth will be necessary to continue achieving success.”

For Geneseo/Mt. Morris, Eric Cole made 10 tackles, while Adam Wright made nine and added an interception.

“They are a solid team,” said G/MM head coach Kory Wright. “They converted on four or five fourth down plays. We couldn’t get our defense off the field. We got out of position on defense a little bit and several times we were in good position and just couldn’t tackle Mott.”

Oakfield-Alabama/Elba looks ahead to a matchup with Canisteo-Greenwood (2-0) on Friday night.

“The start to this season has been a blast,” said Winter, who is in his first year as Aggies head coach. “They’re a great group of kids, and the best part is how much they love to play for one another. These guys don’t care who on our team rushes for a touchdown or makes a play on defense. The success of the team is all they care about. We just want to get better each week, stay healthy, and continue to ride this wave.”