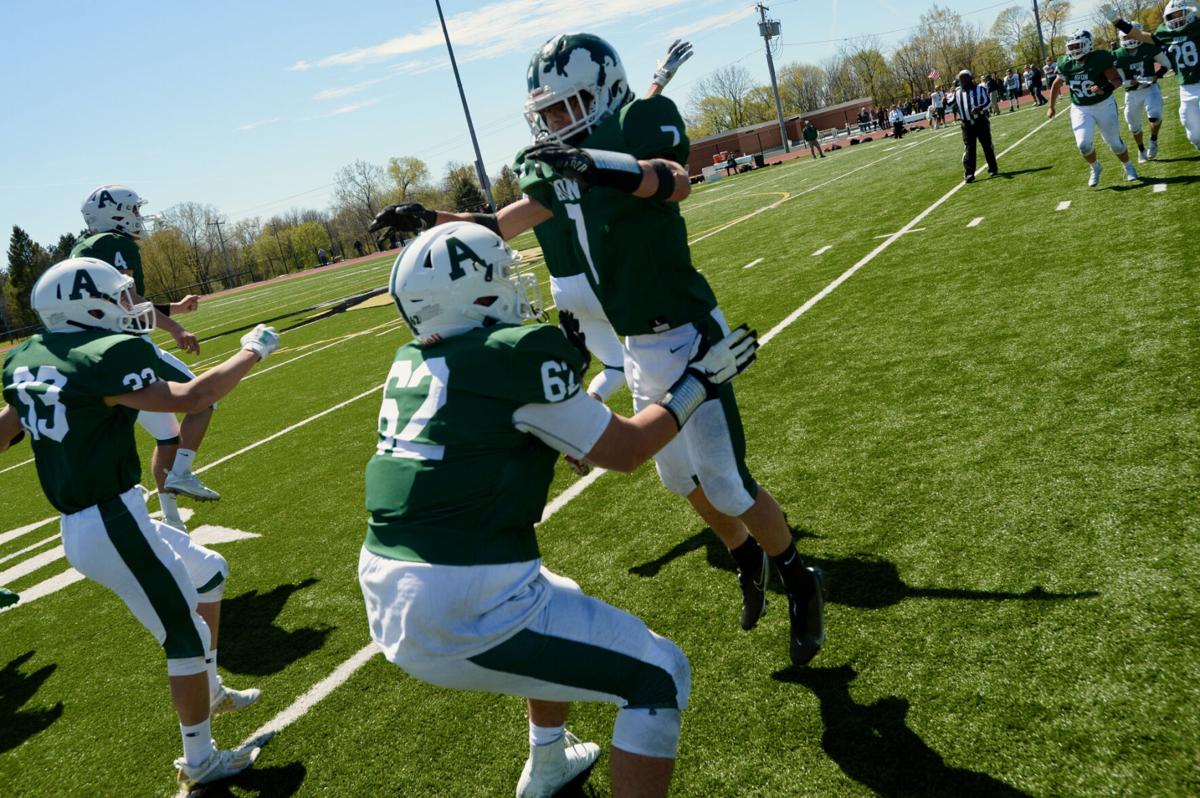 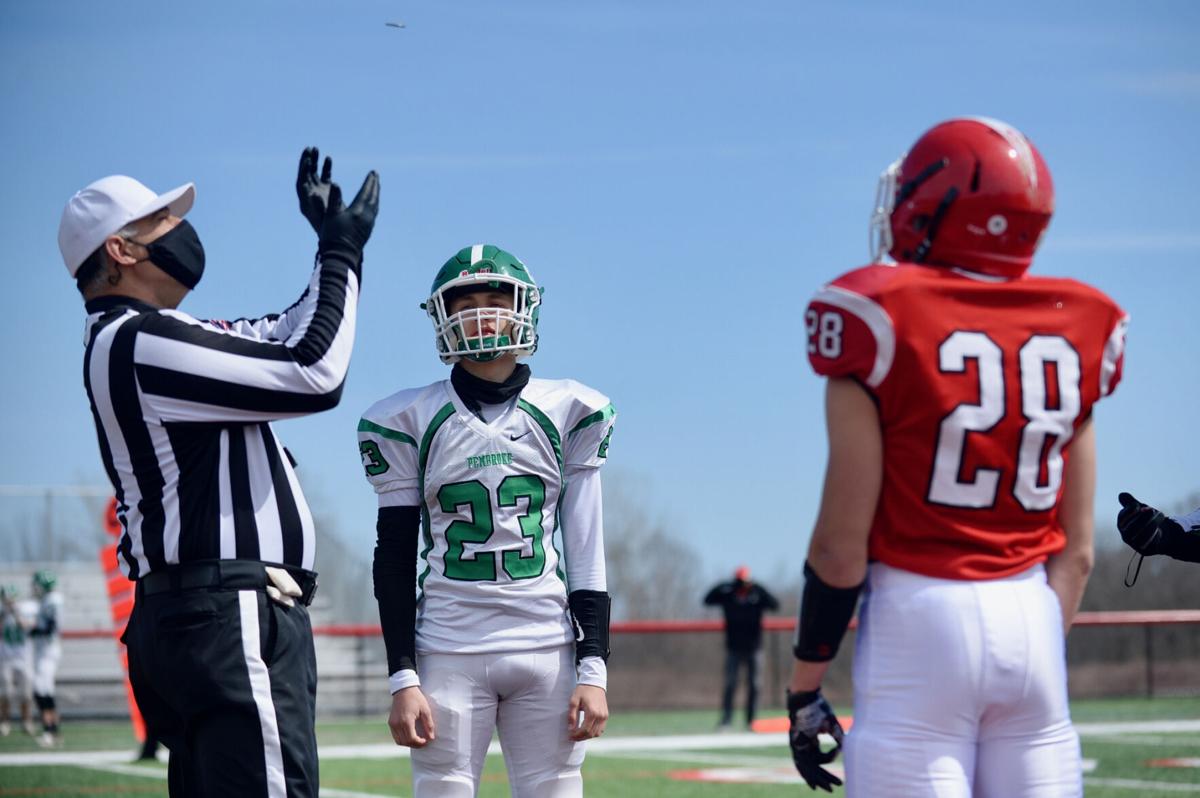 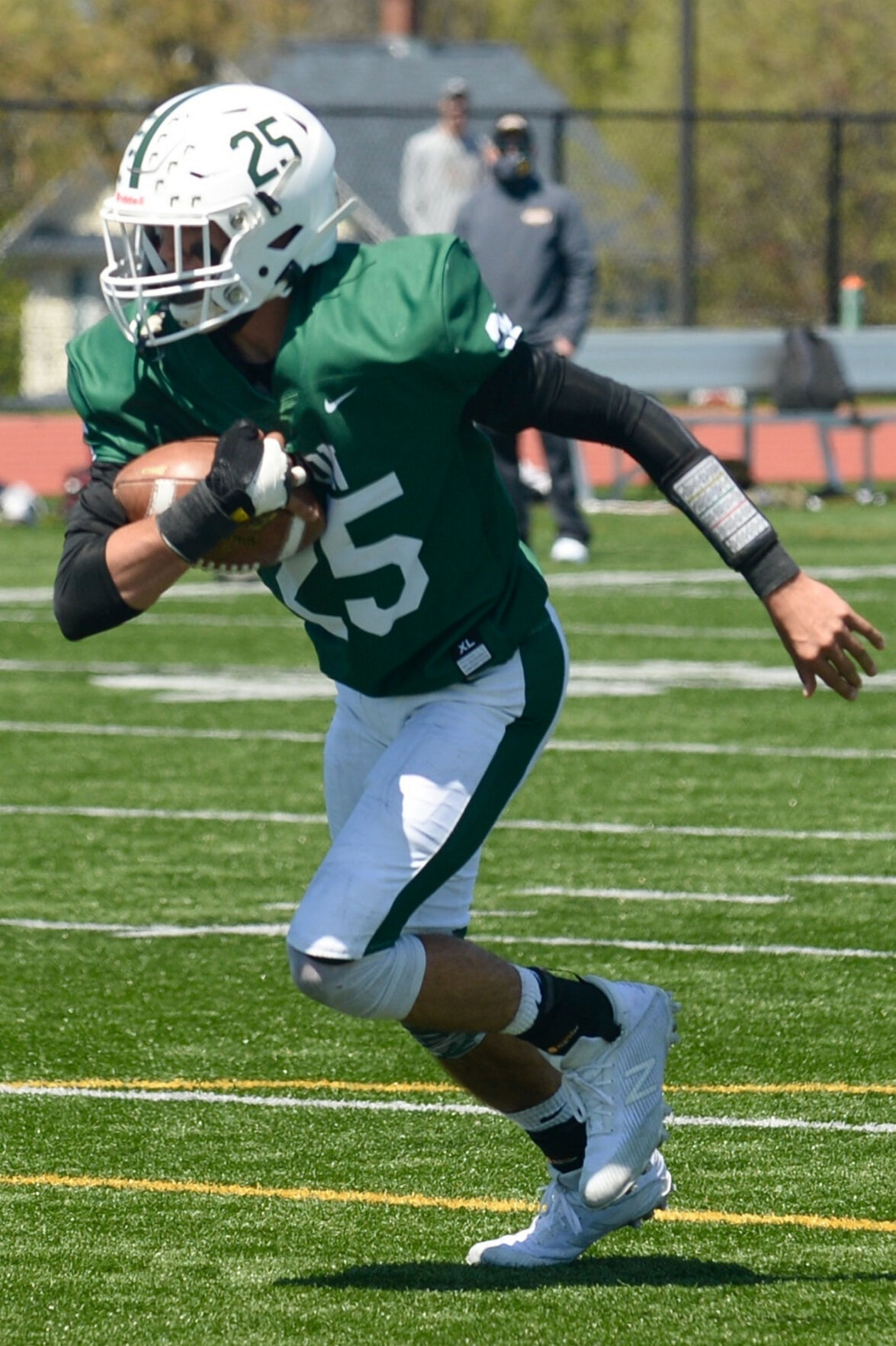 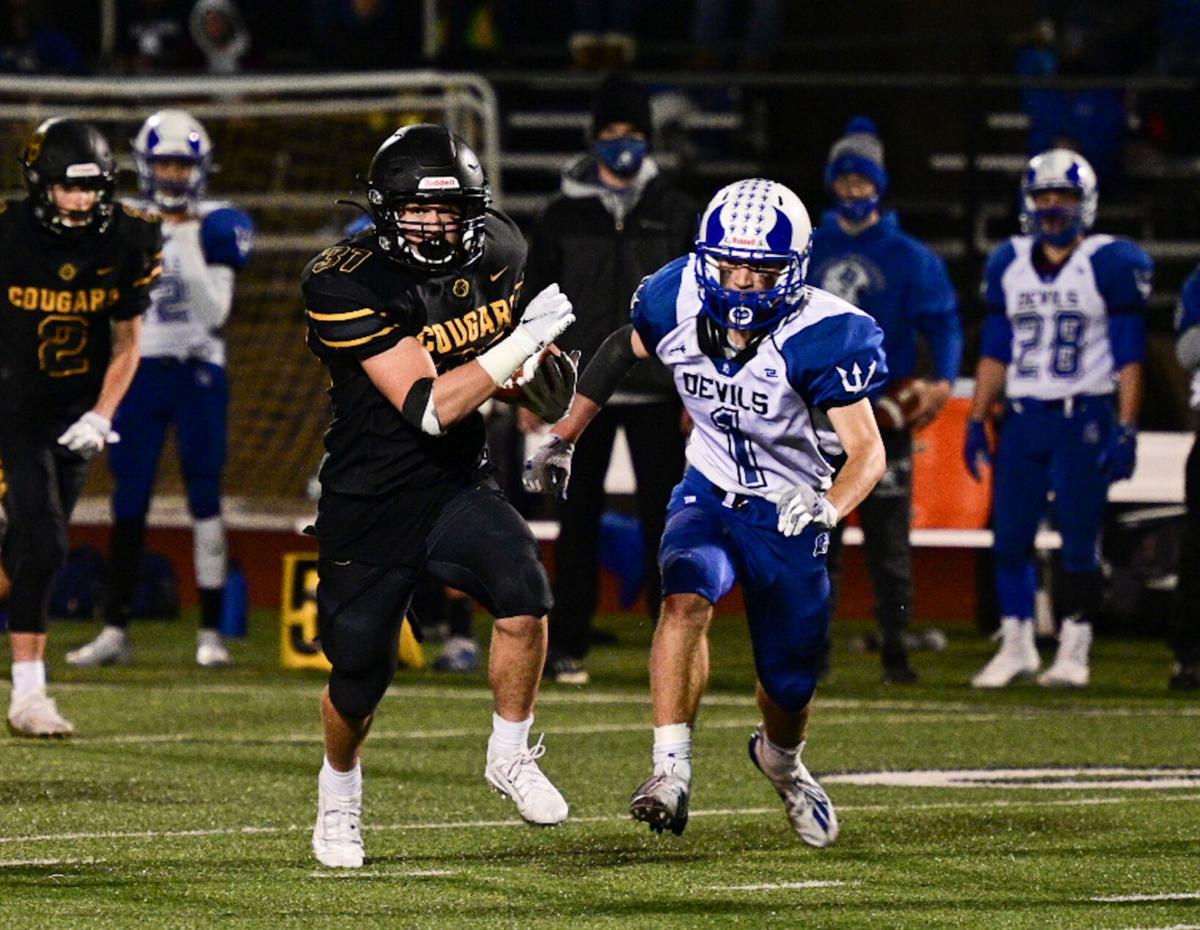 When Honeoye Falls-Lima finished off Batavia last Saturday night in the Section V Class B championship, the spring, Fall II high school football season came to an official close. And despite any outcome during the season or in the title games, everyone involved is surely thankful that a season was able to be had in the first place and for the opportunities that were given to the student-athletes.

However, in many ways, the final 49-28 outcome on Saturday — with the Cougars taking home their first block in program history — was somewhat fitting as to how the season went as a whole, at least in terms of the local contingent of teams in Classes B, C and D, as well as 8-Man.

From start to finish, and throughout the majority of the postseason contests, one thing was painfully obvious and that was the margin of victory for teams week in and week out. Whether or not it equates to being all that much more different than in previous seasons, it certainly appeared as though more blowouts were the normal this year, rather than the exception.

Take the aforementioned Class B for example.

In the three postseason games, the average margin of victory of the games between HF-L and Pal-Mac, Batavia and Newark and eventually the Cougars and Blue Devils was 33.3 points per game. And that includes a final were Batavia led for much of the first half and was only down seven at halftime.

For Newark, they were involved in three of those close contests, all losses — 14-6 to Geneva, 17-6 to Palmyra-Macedon and 28-20 to Batavia. Other than that, Midlakes beat Bishop Kearney 13-12 and Kearney topped Geneva by eight.

Every other game was basically a rout.

“Honestly I’m not entirely sure why there were so many blowouts,” Batavia head coach Brennan Briggs said. “It could have to do with teams that prepared and worked hard through COVID had a leg up on the programs who did not do any offseason work.”

In Class C, it was much of the same.

Livonia won the championship game 44-0 and in all honesty it probably wasn’t even that close. Outside of the Bulldogs’ 6-0 win over Le Roy in Week 6 — which in hindsight appears to have been an anomaly — Livonia won its games this year by an average of 35 points per game.

And while there was some thought that Livonia would have an ‘easy’ road coming from being the Class B champions last season, no one could have thought it would be that easy.

In all, the Class C games were won by an average of 23.12 points per contest, while out of the 36 games played within the class this season, only five were decided by single digits.

Other than the Livonia/LR contest, Attica topped Letchworth by six, Waterloo edged Mynderse 14-12 and Bath outlasted Penn-Yan 38-35, while the others were all decided by large outcomes.

In Class D, they had the most amount of games that were decided by single digits with eight, including both sectional semifinal games, but that class also had the largest average margin of victory during the season at 23.12 points per game. Not to mention, after the two close semifinal games Avon went on to blast Alexander 42-7 in the title game.

Is this another example of a team moving down a class, as Avon was in Class D this season. Not likely. The Braves were absolutely hammered by Oakfield-Alabama/Elba in the regular season, before the Aggies were beaten by the Trojans in the semifinals. Avon also barely beat Cal-Mum/BB in the season-opener, this was just a team that was completely on its game that day.

“Football is such a rhythmic sport,” O-A/Elba head coach Tyler Winter said. “I have to imagine the little time for teams to prepare in the preseason, as well as the shortened number of days in between contests may have played a roll in the large margin of victory we saw in some games.”

For Notre Dame, especially, this could have been the case. The Fighting Irish won by a blowout in week one, lost a pair of routs during the season and were also in three close games, all loses — 16-8 to Cal-Mum/Byron-Bergen, 8-6 to Clyde-Savannah and 14-6 to Alexander.

For head coach Joe Zambito it was pretty simple to tell why.

“In our case we had three blowout games, two of which we were on the short side of,” Zambito said. “A lot of it had to do with short rest and multiple injuries.”

This regular season also saw multiple teams forfeit the season after it began, including Lyons in Class D and Geneva in Class B, which also could have played a role in the lopsided outcomes. Batavia was forced to pick up a game with Burgard out of Section VI, while the majority of Class D teams were forced to miss a week because they were not able to find a game.

While not to as severe as a level, much of the same in terms of scoring difference could be seen in Class A and Class AA as well, though AA featured the best championship game of the weekend with McQuaid edging Victor 17-14.

“A team’s ability to gain early momentum seemed to also greatly influence the outcome of games,” Winter said. “We had a few games this year where early touchdowns and turnovers both really set the tone for how the remainder of the game was going to go. Are all of these factors closely related? Maybe, maybe not. Regardless, there were definitely some interesting final scores and outcomes to games this spring season.”

If you were to look to eight-man football, the results are even more glaring, though that is likely to be expected with a more wide-open version of football and new teams getting used to the differences.

In the championship game Red Jacket beat Pembroke 82-6. A 76-point game for a sectional title. Meanwhile, the average margin of victory during the season was 34.87 points with one game that finished with a margin of victory in single digits — Pembroke beat Perry 74-66 in the sectional semifinals.

It will definitely be interesting to see if this trend continues into the fall, when the football season gets back to a more "normal” schedule in terms of offseason work and preseason.