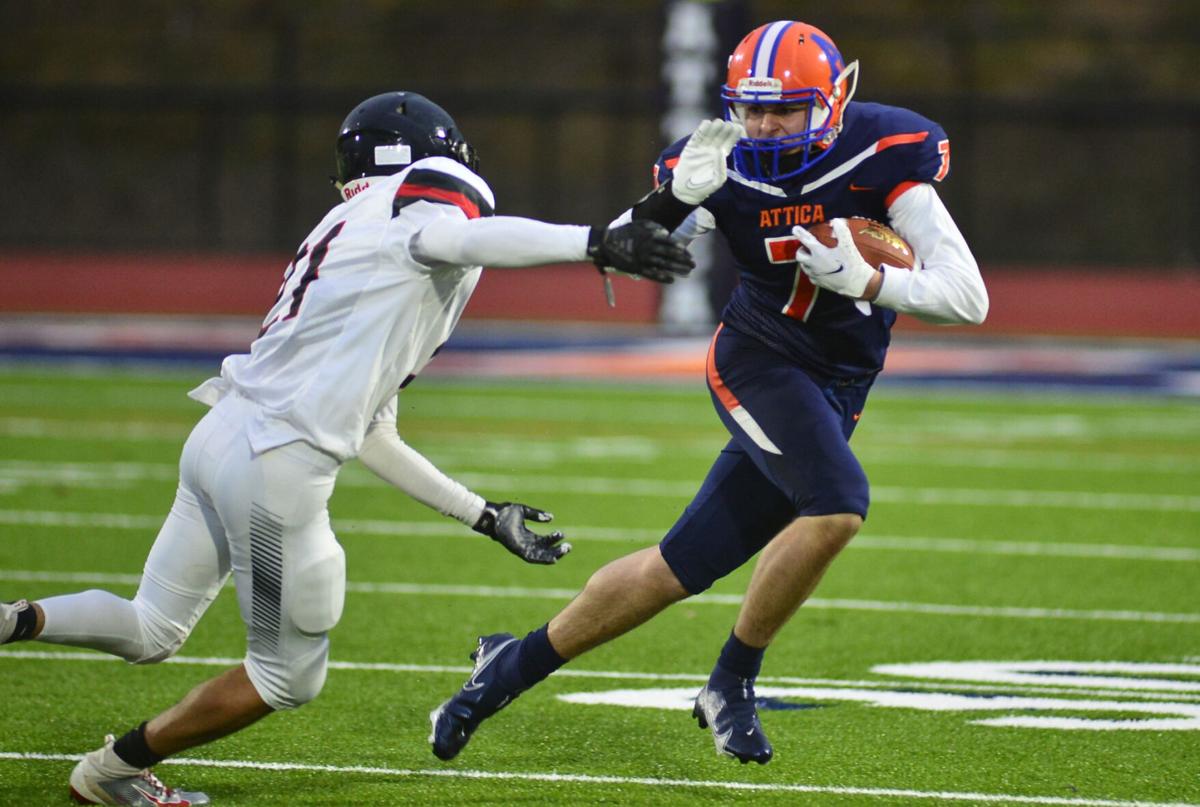 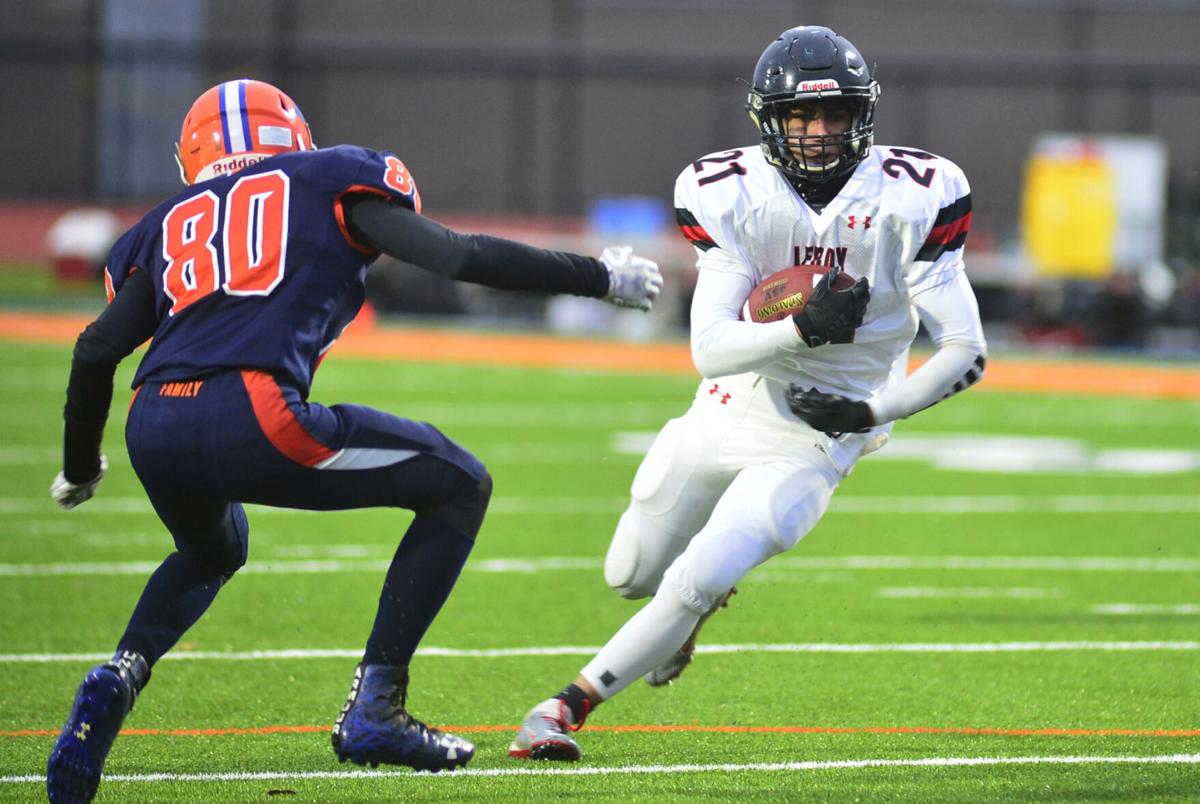 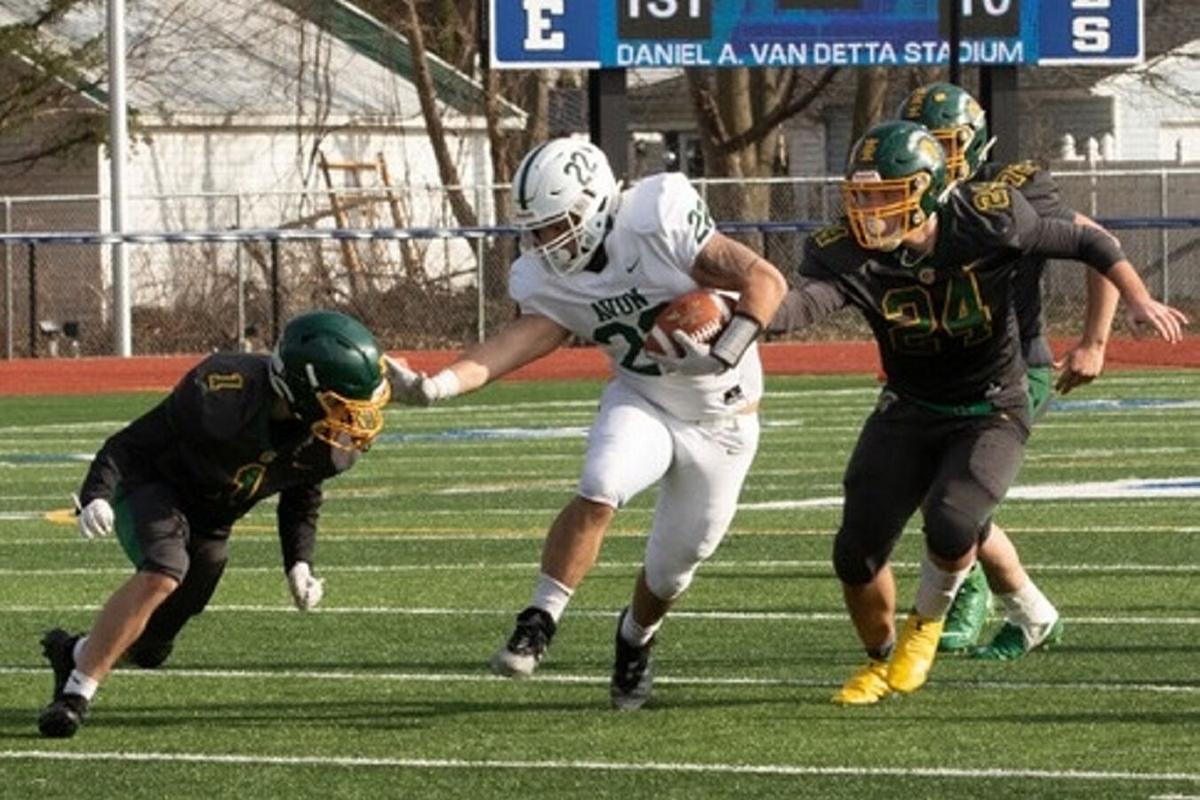 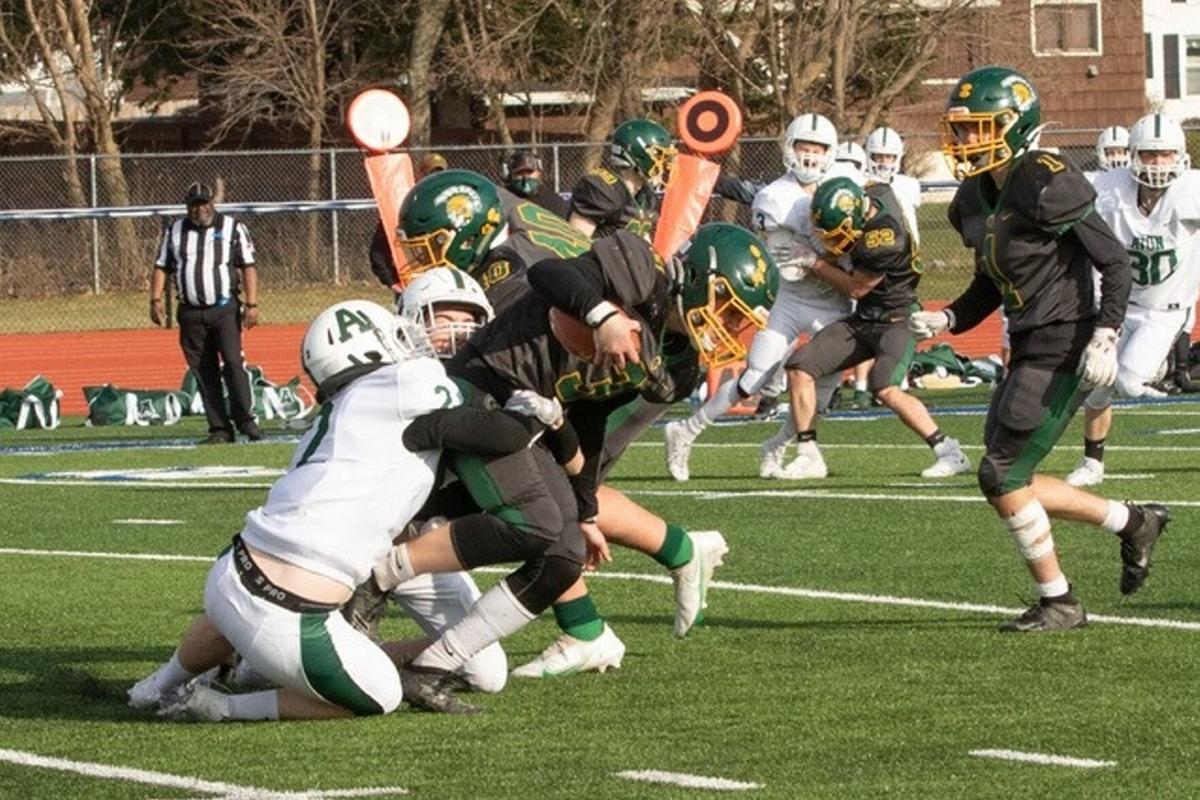 Week three of the high school football season kicks off early, as a number of games take place on Thursday night.

Highlighting the opening games of the week will be a game in Class D, as Avon will look to move to 3-0 as it hosts a Notre Dame squad dealing with injuries and coming off of a loss to Caledonia-Mumford/Byron-Bergen.

Also, can the Le Roy defense make it three straight shutouts to start the season? Against a winless Wellsville squad, that is highly possible. Meanwhile, both Attica and Letchworth/Warsaw look to get on track and stay in the postseason race in Class C.

Just two weeks into the season, it’s hard to imagine these two teams with sectional title hopes going in completely different directions but that is what has transpired. The Fighting Irish are in some trouble as they are fighting a plethora of injuries and coming off of a loss to Cal-Mum/Byron-Bergen last week, while the Braves are coming off of a tremendous defensive effort in a shutout of Alexander.

With the 21-0 win over the Trojans, Avon has now allowed just 12 points all season, with shutouts in seven of the eight quarters it has played. Last week, the Braves held Alexander to just 150 yards of total offense a week after the Trojans had put up over 400 yards against Clyde-Savannah in Week 1.

What makes Avon’s win even more impressive is that the Braves turned the ball over four times against the Trojans, something they will need to fix against a Notre Dame defense that is hoping to be opportune to offset some of the injuries.

While the Braves will put the ball in the air, much of what they do will rely on the running of junior Thomas Welch and junior QB Andrew Rowland. Welch leads the team with 197 yards on six yards a carry to go with a touchdown, while Rowland has run for 153 yards and a pair of scores. Junior Xavier Rivera also has 56 yards at 6.2 yards per pop.

Rowland has struggled a bit through the air, having gone just 12-of-28 with three picks but he’s thrown for 139 and a pair of scores. He does have a big-time weapon in WR Roman Volpe, who has 68 yards receiving and a score.

Logan Austen has paced the defense with 15 total tackles, including three for a loss, while Michael Thompson (1.5 tackles for a loss) and Nolan Clar each have 12 stops.

After erupting for a huge game offensively in the opener against Lyons, Notre Dame was held to just 183 total yards against a stingy Raiders defense. Meanwhile, the injuries continued to mount.

With linemen Donato Fiorentino and Connor McWilliams already out, wide receiver Mark Sanders Jr. was hampered due to a knee injury, while quarterback Colin McCulley left the game with a knee injury in the fourth quarter and did not return.

With a revamped offensive line, Notre Dame could get nothing going consistently on the ground against Cal-Mum/BB. After rushing for 100 yards in the opener, RB Dylan Warner was held to 46 and less than four yards per carry on Saturday. Jimmy Fanara took over under center for ND in the fourth and was promptly picked off by Kyle Wade to end the game.

The Fighting Irish defense played well for the second straight week and it appears they will need more of the same against Avon. Notre Dame allowed the Raiders just over 200 total yards and only 122 on the ground, led by big days from Vinney Dirisio (10 tackles) and Eric Ricks (six stops).

With just a six-game schedule and only the top four teams advancing to the postseason, Avon should be able to absorb a loss in this game if it happens, Notre Dame can likely not.

This one has the making for a big-time rout in favor of the Oatkan Knights.

Though the Le Roy offense has sputtered at times through two weeks, the defense has posted back-to-back shutouts and is one of only two teams in Section V (University Prep is the other) that has yet to allow a point.

Last week, in a 20-0 blanking of Attica, the Oatkan Knights held the Blue Devils to just five first downs and under 50 yards rushing a week after they had ran for nearly 350 in a win over the same Wellsville team that Le Roy will see this week.

Zach Vanderhoof has been an absolute force for Le Roy as he has put up 13.5 total tackles, including six for a loss, and three sacks during the first two weeks of the season. The balanced Knights defensive attack has also been led by Cody Lytle, Cole Rauscher, Jack Tonzi, Alex Panepento, Andrew Kettle and a host of others.

In his first two games in his career at QB, Panepento has been solid, going 19-of-31 through the air for 225 yards and three scores, while also running for another 125 and another TD.

Nate Andrews has added 73 yards on the ground and a score for Le Roy, which is averaging over four yards per carry but just 115 yards per game. Lytle (5 catches-55 yards, 2 TDs), Andrews (6-89, 1 TD) and Adam Risewick (5-55) have been strong targets for Panepento in the passing game.

Meanwhile, Wellsville will enter the week having been outscored 82-18 in blowout losses to Attica and Marcus Whitman/Bloomfield.

With games to follow against East Rochester/Gananda and winless Letchworth/Warsaw (though they are the two-time defending Class C champions), the Oatkan Knights could be well on their way to 5-0 with a big showdown with Livonia in the final week of the regular season.

With games against Livonia and what appears to be a tough Dansville team in the final three weeks of the season, the Blue Devils will need to bounce back quickly and get a win here against LetSaw in order to stay in the hunt for a postseason berth.

After an explosive Week 1 win over Wellsville in which it ran for nearly 400 yards — led by 189 by senior Zach Strzelec — Attica was limited to just five first downs and under 100 yards of total offense against an impressive Le Roy defense last week.

A win for Attica could also bring a little bit of revenge as LetSaw has been the one that has knocked the Blue Devils out of the postseason in each of the last two years,including the Class C title game in 2018.

Even in the loss to the Oatkan Knights, the Attica defense did play well, shutting out Le Roy in the second half despite being on the field for much of the game.

As always, Attica will relay on Lucas Johnson, Strzelec, Jeremiah Donohue, Wyatt Kauffman and the like on the defensive side of the ball.

In Week 1, LetSaw saw a sizeable lead evaporate in a loss to Hornell, while it was doubled up last week in a 28-14 setback at the hands of Dansville.

Even with his team still looking for its first win, Austin Williams has been impressive under center for LetSaw. Through the two games Williams has gone 13-of-19 for 359 yards and four touchdowns, while he also ran for nearly 60 yards against the Mustangs last week.

However, the normally strong LetSaw defense has struggled through the first two weeks. Against Hornell, it allowed nearly 400 yards to Brennan Khork, while last week Dansville rushed for well over 200 yards. LetSaw is giving up an average of 35 points per game early on.

After struggling a bit in a win over Penn Yan in Week 1, the Bulldogs had no such issues in Week 2 with a 47-6 whitewash if Hornell.

Through two games Livonia is averaging an impressive 41.5 points per game.

Alex Minnehan did a bulk of the damage last week, carrying the ball 24 times for 259 yards and three touchdowns, while Jake Smith had seven carries for 73 yards and a couple of TDs. The Bulldogs ran for nearly 400 yards in the win.

After hanging with Le Roy in Week 1, the Mustangs picked up a big win last week going up big over Letchworth/Warsaw and winning 28-14.

Billy Barrett was excellent under center for Dansville last week, accounting for all four Dansville touchdowns. Meanwhile, Ryan Carnevale ran 27 times for 81 yards and Barrett finished with eight carries for 71 yards and two TDs on the ground.

Dansville rushed for well over 200 yards last week and will have to do the same against Livonia in order to keep this one close.