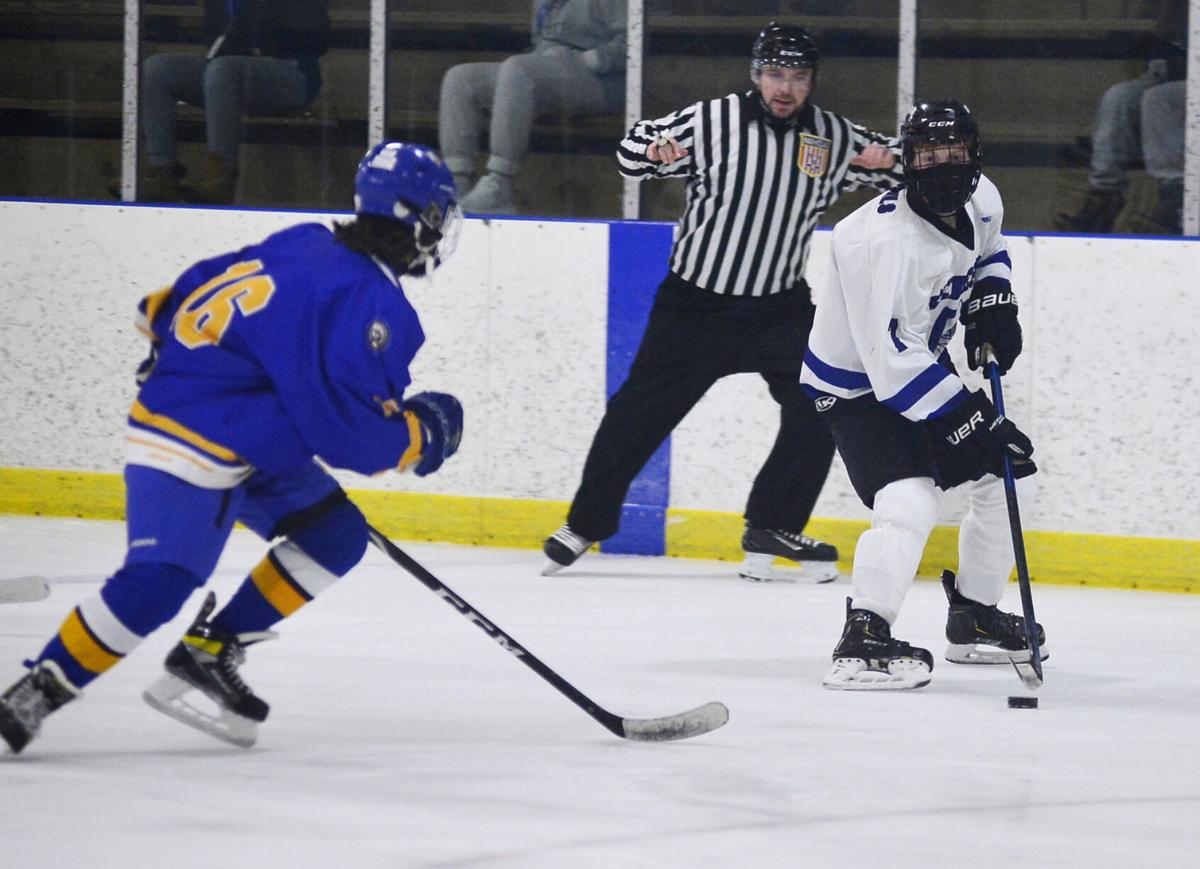 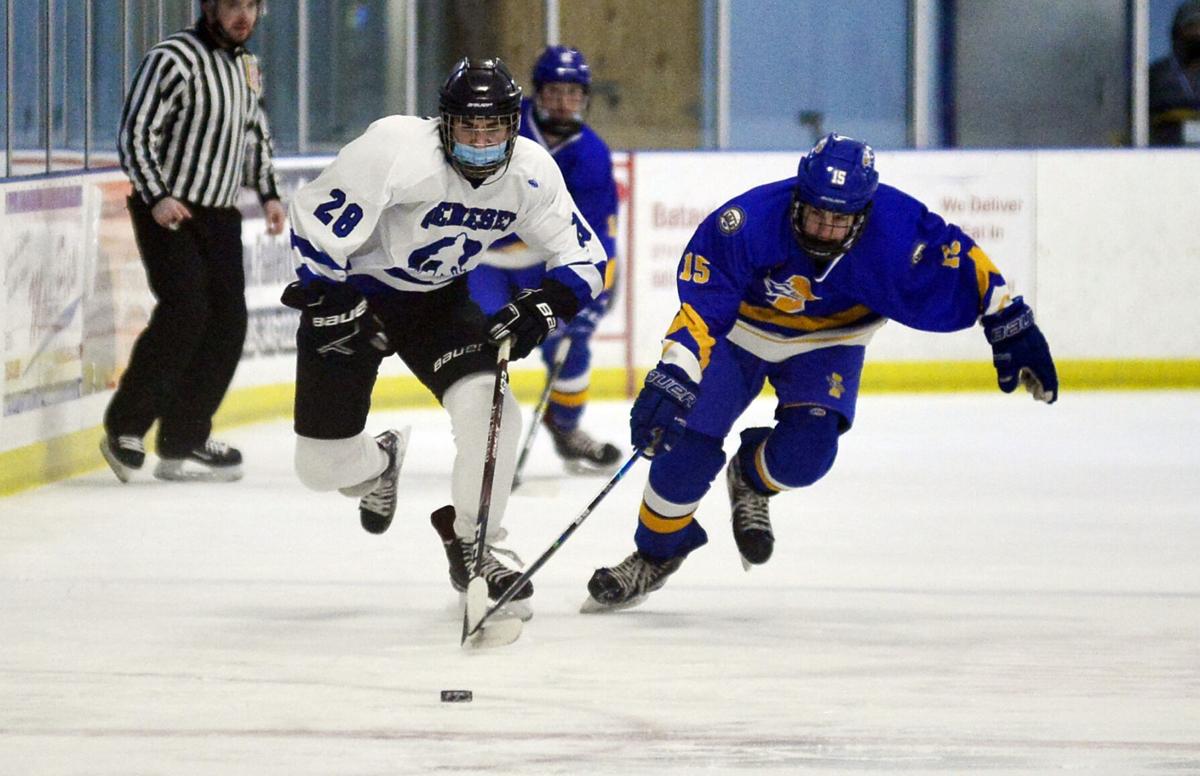 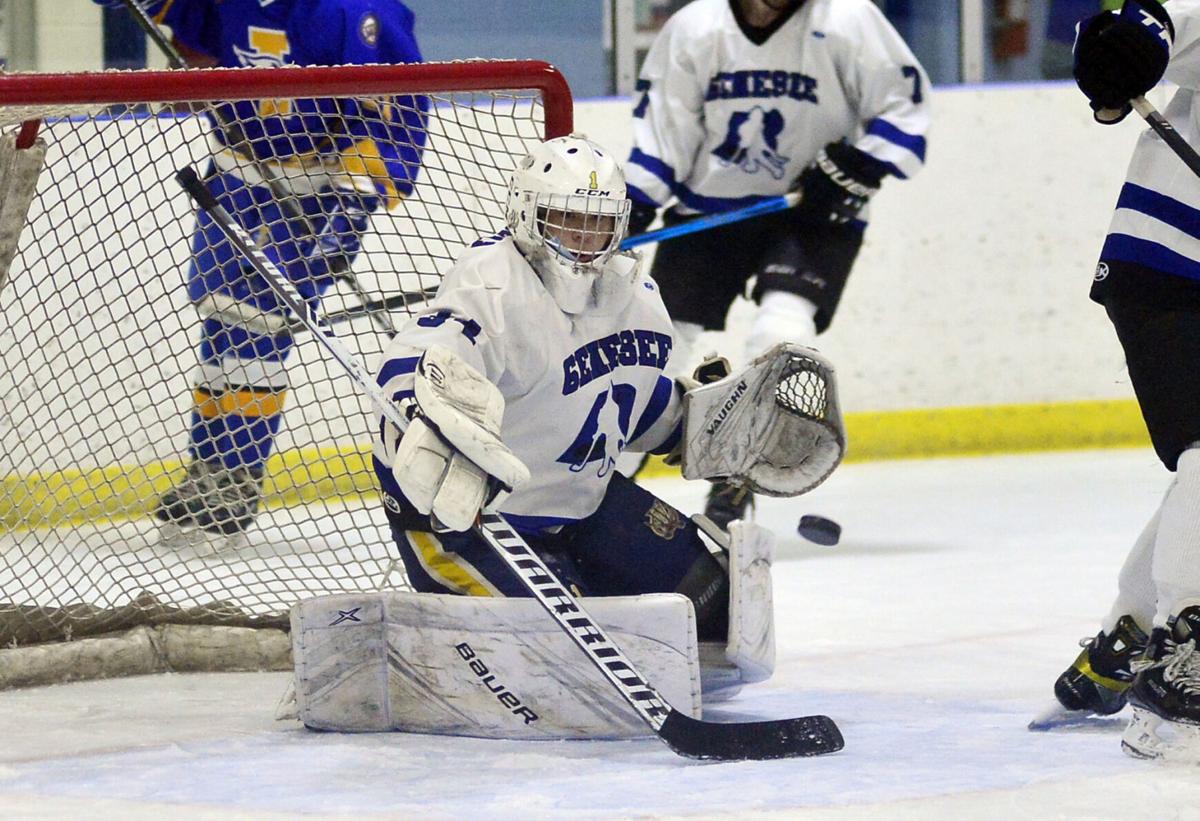 BATAVIA — Sometimes, a team can learn just as much about itself in defeat than it can in victory. That was the case for the Genesee Ice Devils on Thursday night.

In a 7-6 home loss, the Ice Devils battled the visiting Irondequoit Eagles tooth and nail, falling just short on the scoreboard but proving plenty to themselves.

“This group of guys is resilient,” said Genesee head coach John Kirkwood. “Despite the score, we made strides tonight. It’s a work in progress.”

After tying the game 6:56 into the second period on eighth-grader Jameson Motyka’s third goal of the night, the Ice Devils seized their first lead 3:05 into the third after Parker Corbelli’s second tally of the game.

Irondequoit responded minutes later, tying the game at five 6:10 into the period on a power play goal from Colton Mantha. The Eagles would find the back of the net twice more over the next seven minutes, with tallies from Eli Velepec and Jordan Flynn making it 7-5 Eagles with under two minutes to play.

Following Flynn’s goal, Genesee called for an extra attacker and converted as Nick Call scored with :53 remaining to make it 7-6, where the score would remain as the final seconds ticked off the clock.

“That was one of the better high school hockey games I have coached in,” said Kirkwood. “High-tempo, well-executed play from both teams.”

“Just a massive improvement from game one to game two,” said the Devils’ head coach. “This game was physical and fast. Resilient was a word the coaches used after the game.”

The highlight of the game for Genesee was the play of their star eighth-grader. Motyka not only recorded the first hat trick of his varsity career but also added two assists.

“He’s a rare eighth-grader. He’s a natural goal scorer - a kid who just loves to play the game,” said Kirkwood of his superstar middle schooler. “I think the fact that he is doing this at his age and with only one high school game under his belt truly sparked our team. It was a big moment for us.”

Corbelli chipped in a couple of goals of his own, and Bryce Feldmann, Alex Bartz and Sean Pies each recorded an assist.

For Irondequoit, Bryce Billitier netted a hat trick to go with an assist, and Leo Letta added four helpers and a goal of his own. Eli Velepec scored two goals and two assists for the Eagles.

“(Velepec) was a game-changer for them down the stretch,” added Kirkwood.

Irondequoit goaltender T.J. Parkhurst stopped 24 of the 30 shots he faced, while Genesee goaltender Ian Kemp stopped 32 of the Eagles’ 39 shots.

It was reassuring for Kirkwood to see his team go tit for tat with a team of Irondequoit’s caliber, but he says, for his players, coming close is not good enough anymore.

“We need to continue to grind and help this young crew develop. They have been disciplined in large measures, but they want to win now,” said Kirkwood. “They’re determined. Keep your eyes on this group.”

Moving forward, Genesee (0-2) will head to Brockport (1-0-1) to face the Blue Devils on Saturday afternoon, followed by a home matchup against the Aquinas Lil’ Irish (0-1-0) on Monday.

“We are learning where to be but more importantly how to execute,” said Kirkwood about his team, one of the youngest in Sec. V. “Where does my stick need to be? Where does my body need to be? Am I tough enough to take the puck? These are tough battles to win, but you have to if you’re going to be out there.

“It’s a process of recognizing, reacting and being tough enough to get it done. We have work to do for sure, but we are starting to make more of those critical plays in important windows of the game.”