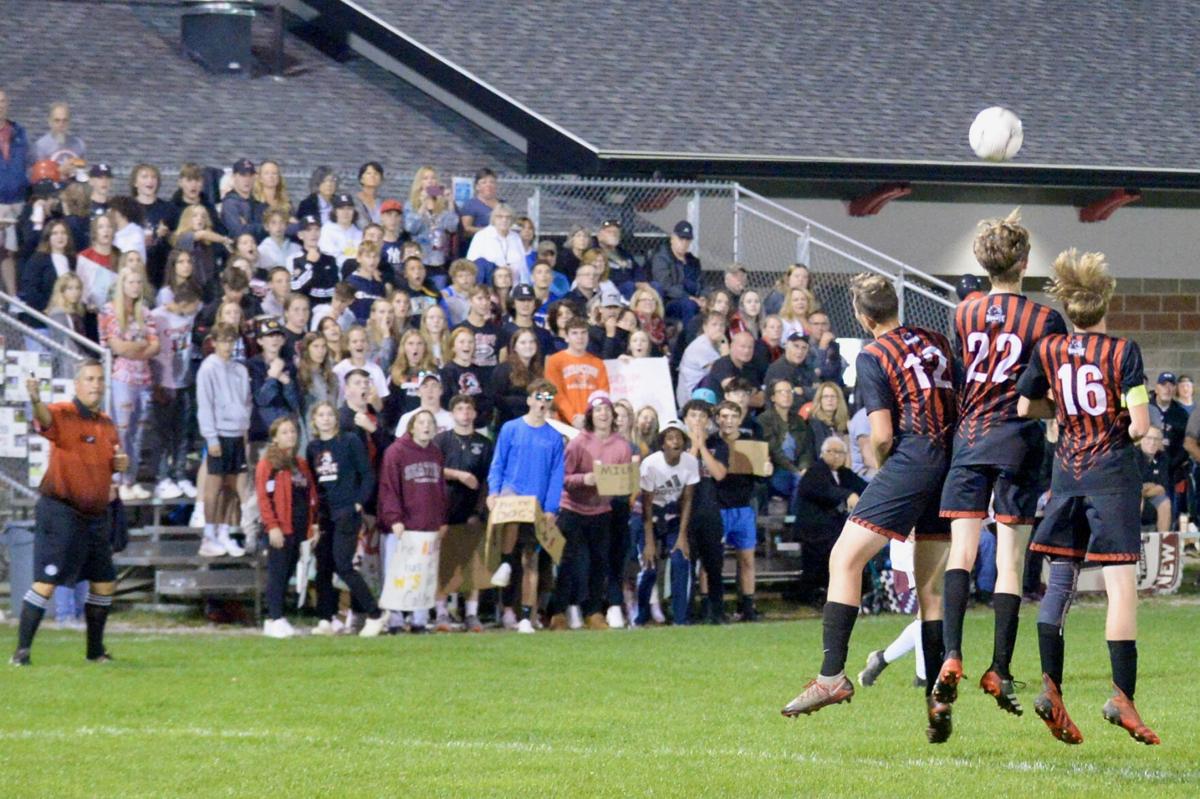 Alex Brasky/Batavia Daily News The Cavalry is into it on Monday night as the Le Roy boys soccer team hosted Cal-Mum. 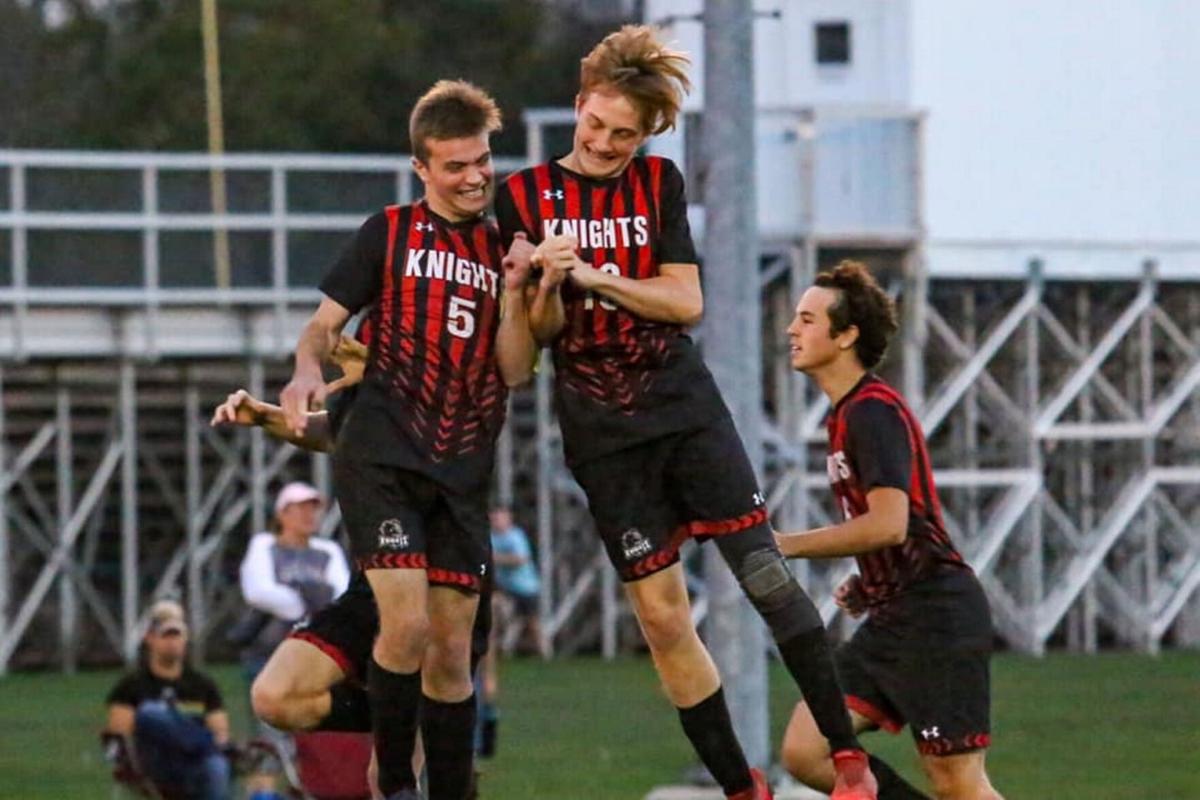 Alex Brasky/Batavia Daily News The Cavalry is into it on Monday night as the Le Roy boys soccer team hosted Cal-Mum.

LE ROY — Monday night marked the annual Senior Night for the Le Roy boys soccer team and this one held a special meaning to many of those involved at Hartwood Park. This one was important to those 12 Oatkan Knights seniors, and one in particular.

Before the game and prior to the Senior Night ceremony, Le Roy honored late Le Roy Youth Soccer Coach Kacy Sherwood, who passed away unexpectedly this past summer. Sherwood coached the majority of the Le Roy seniors, and many below them, during youth summer leagues, indoor leagues and in many other capacities over the past decade-plus. A moment of silence was held for Sherwood prior to the introductions of the 12 senior players.

Le Roy senior midfielder Evan Sherwood is Kacy Sherwood’s son, and in front of dozen’s of friends and family, as well as the Le Roy community, Sherwood put on a show in honor of his late father and mentor.

Sherwood finished the night with a career high five goals, including the first two in the opening 1:05 of the game to give Le Roy a 2-0 advantage, as the Oatkan Knights stormed past visiting Caledonia-Mumford for a 10-2 victory to honor their late coach and friend.

Sherwood would then find the net three times in the second half, once on a penalty kick, as Le Roy improved to 9-6.

Parker Dowell also had a solid night in the win as he finished with a pair of goals, including one in each half. Ben Crocker, Maverick McKenzie and Mitchel Hockey all also found the back of the net for the Oatkan Knights.

Hockey and Andrew Pocock each chipped in with a pair of assists, while Conner Wright, Austin Biggins and McKenzie all added helpers.

Brothers Ben and Andrew Pocock combined to make eight saves between the pipes in the win.

Nick Grover had a monster night as he finished with a hat trick as the Blue Devils rolled to the shutout. Grover scored twice before halftime and also added a goal early in the second half to put Batavia up 3-0.

Owen Halpin also found the back of the net in the win, while Colin Dunn added a pair of assists.

Noah Delcamp finished with the shutout as Batavia improved to 8-4-2.

Senior Sean McCaughey scored in the 92nd minute in double overtime off an assist from Jack Rubeck as the Blue Devils won their fifth straight game, edging the Bees.

Byron-Bergen took the early lead on a penalty kick goal from Colin Martin in the 15th minute before Geneseo tied it up just before halftime on a goal from Ethan Bennett, off of an assist from Caleb Rice.

Mia Gray finished with the hat trick, all coming after halftime, as the Bees pulled away from the Falcons.

Victoria Rogoyski scored the only game that B-B would need midway through the fist half off of an assist from Gray. Kendall Phillips and Ava Gray also added assists in the win.

Brooke Jarkiewicz stopped a pair of shots between the pipes for the shutout as B-B moved to 13-3.

Doreace Higgins had a solid night with nine kills as the Blue Devils took the Braves to the brink, falling in five sets.

Emma Bigsby also had a strong night for the Blue Devils with nine kills, nine digs and three blocks, while Olivia Shell was huge with seven kills and 15 digs in the losing effort.

Bigsby, Macey Martin and Ava Anderson all had big nights serving for Batavia (3-9).

“I am proud of this team and I wish we had another year together,” first-year head coach James Patric said. “They are tough competitors and have high expectations for themselves. They’re a special group of athletes and have the potential to make a run this year in sectionals.”