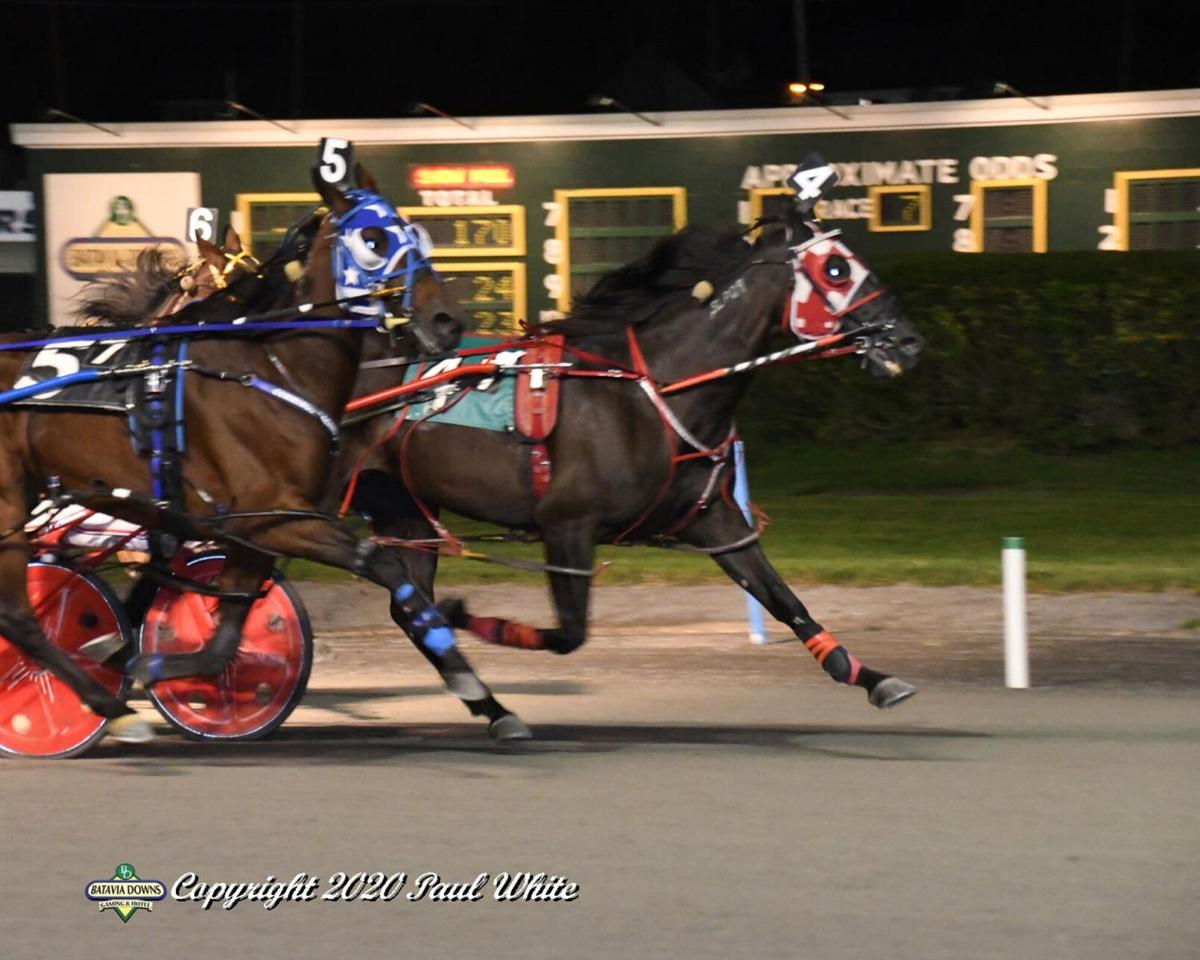 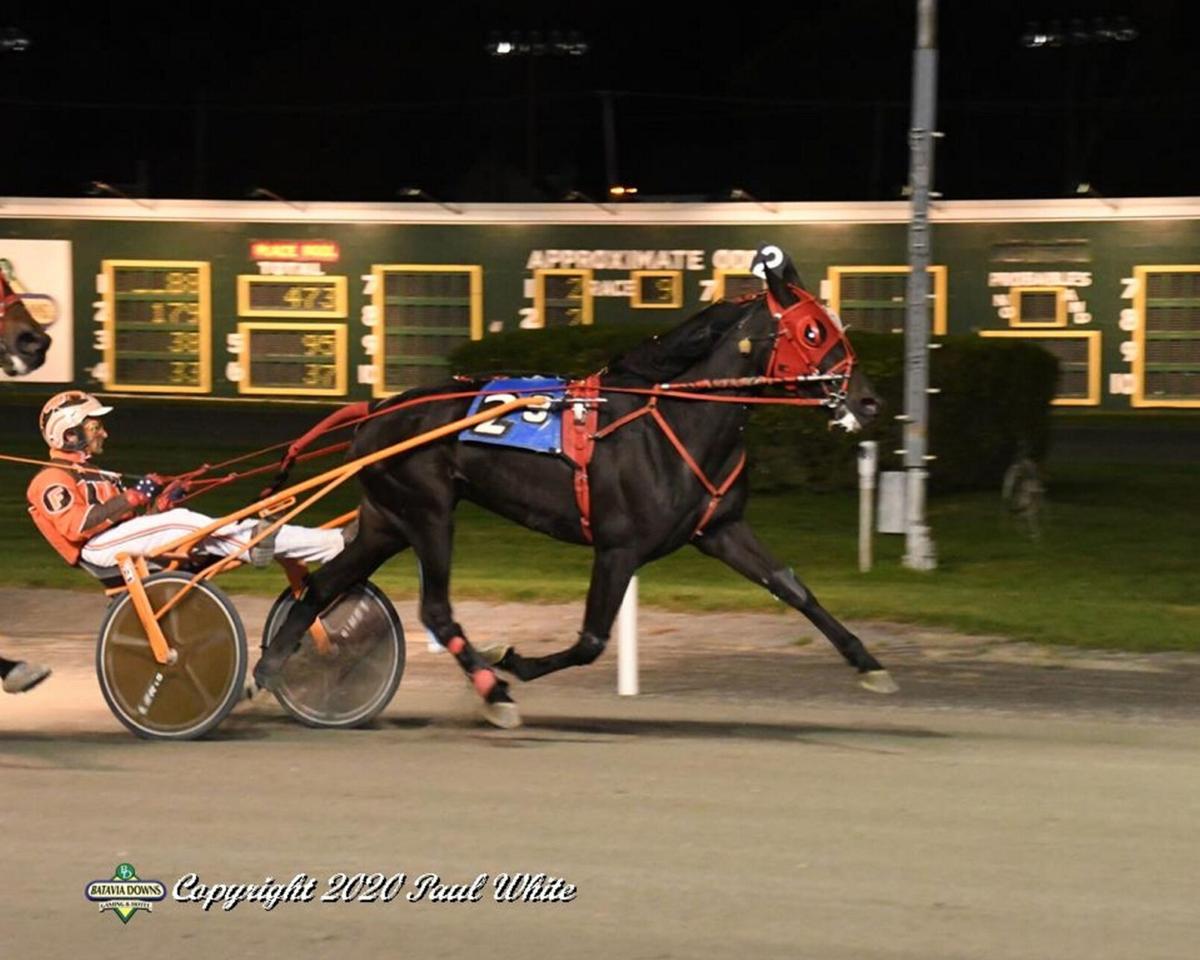 BATAVIA — The top class for both pacing mares and trotters were featured on the Wednesday (Oct. 14) card of racing at Batavia Downs and the public’s choice came through in both events.

In the $8,500 Open I Handicap distaff pace, HP Sissy (Denny Bucceri) got away fifth while Protect Blue Chip (Billy Davis Jr.) paced on the lead through five-eighths of the mile. That is where HP Sissy came calling first-up on the rim, drawing close to the leader at the three-quarters. Protect Blue Chip and HP Sissy then strode neck-and-neck around the far turn and into the stretch where HP Sissy started to inch away, clear and then hold off a late closing Lady Dudette (Kyle Cummings) to win in 1:55.

Then in the $8,500 Open I Handicap trot, CR Blazin Beauty (Ray Fisher Jr.) took a similar path to victory, getting away third behind Majestic Kat (Billy Davis Jr.) before tipping at the half and trotting unhurriedly outside the leader for the next three-eighths of a mile. At the head of the lane, CR Blazing Beauty just switched gears and sped away to a two-length advantage by mid-stretch and then just jogged home a winner in 1:57.2, which was a new seasonal mark.

CR Blazin Beauty ($6.30) is owned by Marissa Russo and is trained by David Russo.

Drivers Dave McNeight III and Drew Monti both scored Hat Tricks on Wednesday while trainer Rose Russo did so as well on the conditioning side. Triple Sticks and Drivin’ Drew are the two hottest drivers at the Downs over the last five days, winning 14 and 13 races respectively.