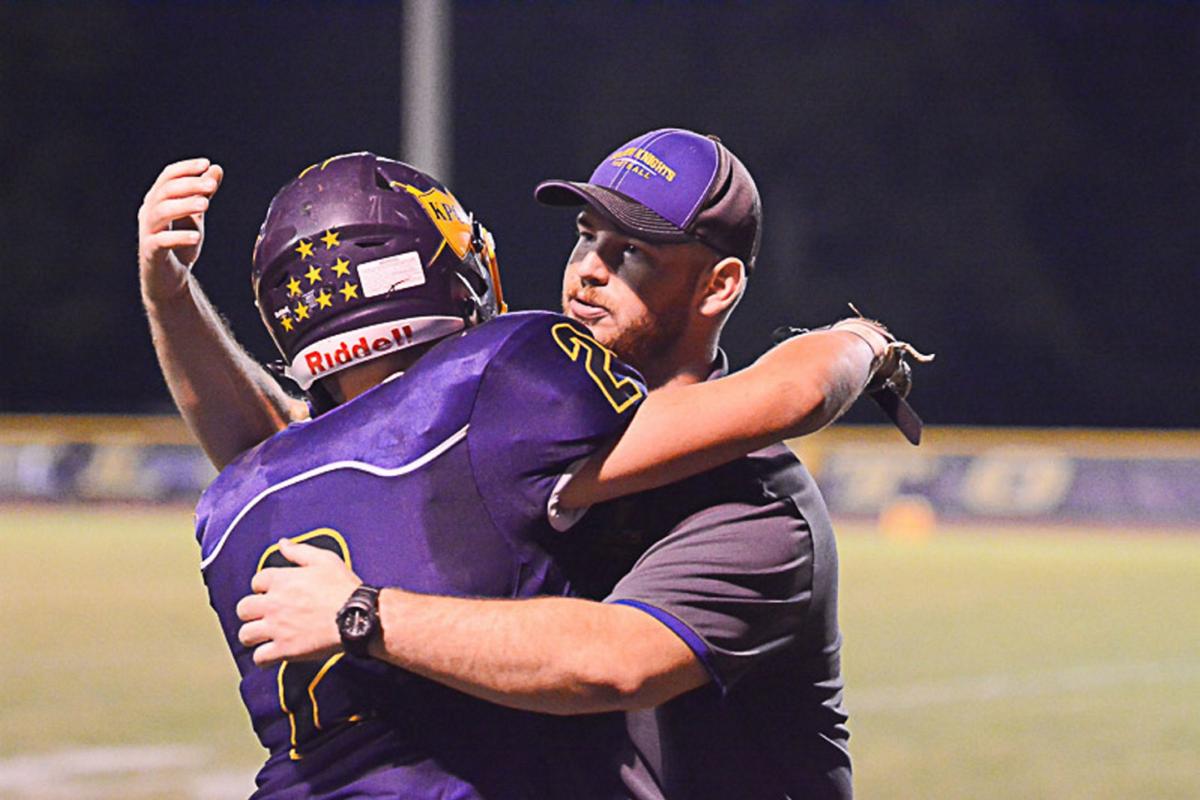 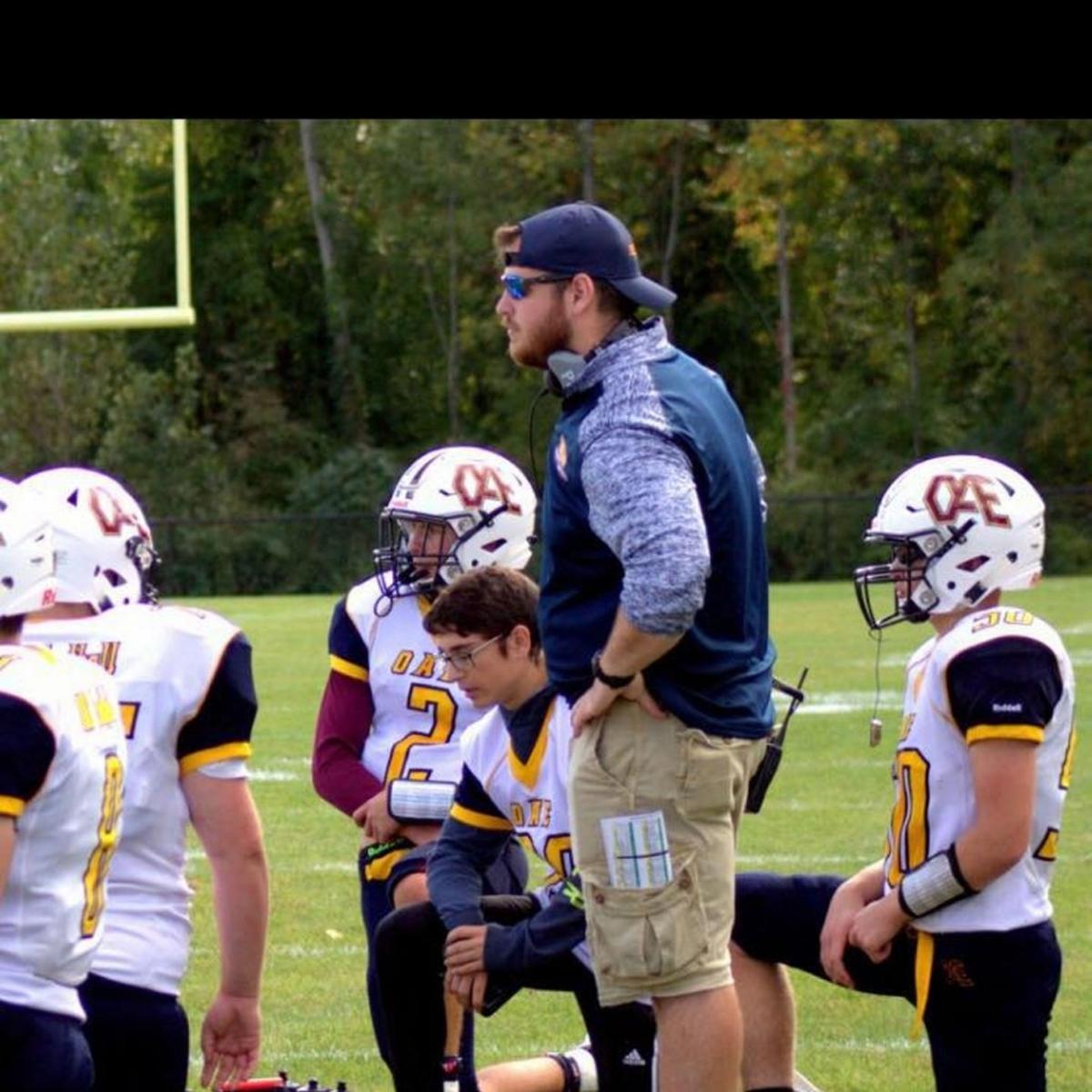 Daily News File Photo Tyler Winter will take over the head coaching reigns at OA/E this season. He has been an assistant coach the past few years. 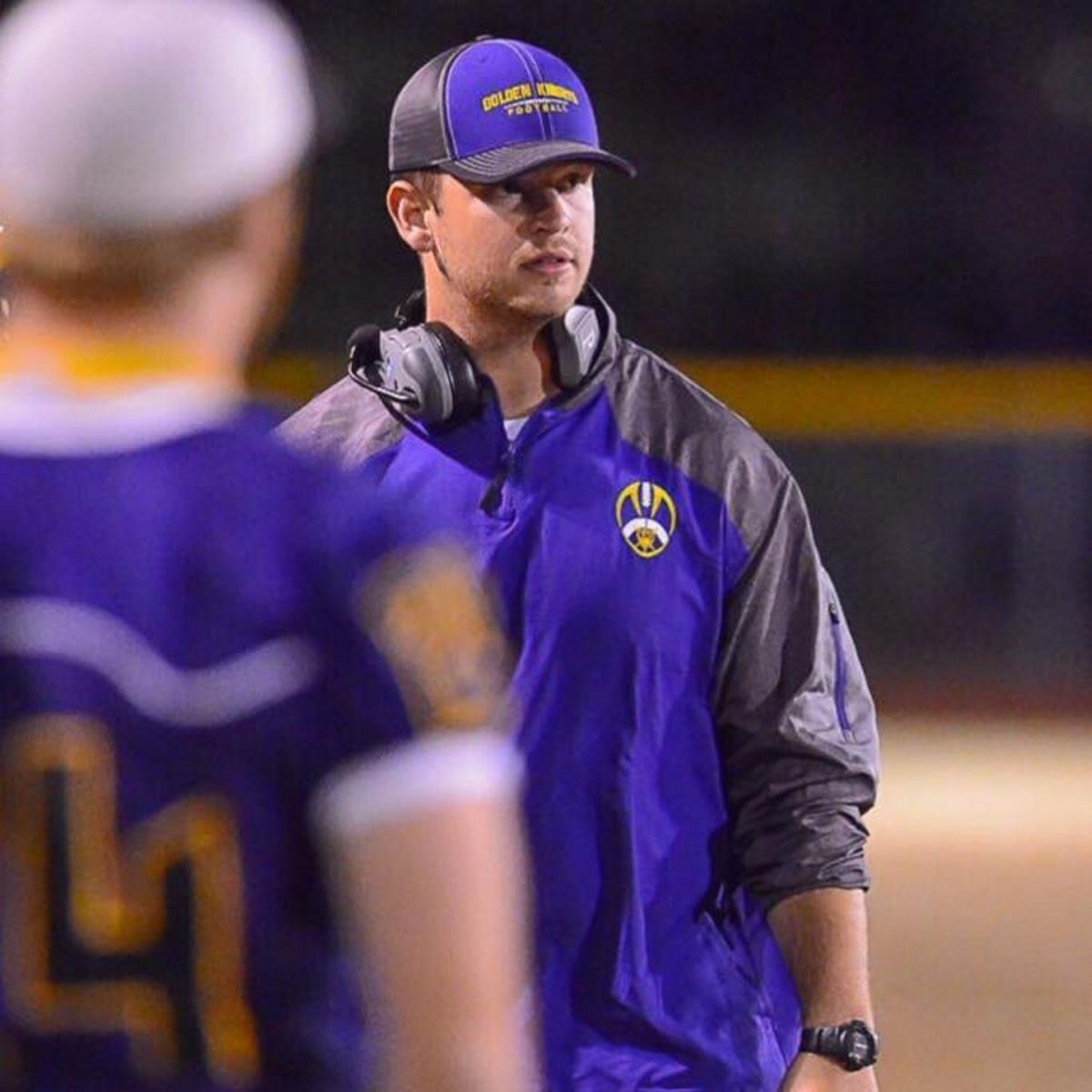 Daily News File Photo Tyler Winter will take over the head coaching reigns at OA/E this season. He has been an assistant coach the past few years.

OAKFIELD/ELBA — In the past number of years, there have been some big shoes to fill for high school football coaches in the local region — Brian Moran at Le Roy, Mike Monacelli at Caledonia-Mumford, Steve Girolmo at Livonia, to name a few. And if a few more ever stepped down — Brennan Briggs at Batavia and Tim Sawyer at Alexander, to name a couple — those would be huge positions too.

One that has maybe been overlooked is the head coaching job at Oakfield-Alabama/Elba, where head coach Mike Cintorino stepped down to spend more time with his family after leading the program for a number of years, making the transition from 11-man to 8-man football, and becoming the best team in the state in that new form in the process.

That job now falls to Ty Winter, an assistant coach at OA/E for the past two years and he is more than excited to get the ball rolling.

“It was a very exciting moment,” Winter said of getting the job. “The past two years working with the Oakfield-Alabama and Elba communities has been an awesome experience. The kids are great to work with, and we have some of the most supportive parents and staff I have seen in my coaching experiences. Growing up playing football for Holley, we were very fortunate to have some talented teams. Each year, there were always two games you could guarantee us circling on the schedule — Oakfield-Alabama and Elba/BB. To think about having the chance to coach a merged program between the two is very humbling.”

Coach Winter is certainly no stranger to the sidelines, as before he was an assistant under Cintorino, he was the head coach at York for the 2016-17 seasons, while he held varsity assistant positions at York, Warsaw and Holley prior to that.

And while coaching at York where the Golden Knights struggled early in their combined history with Pavilion, the experience definitely has him ready for what lies ahead with taking over another program full-time.

And Coach Cintorino knows he is the right man for the job.

“Tyler joined OA/E as an assistant two years ago and was a huge part of our success,” Cintorino said. “He has a connection to these young men like few I have seen. He loves the game of football and he loves what OA/E represents, small school football.”

However, duplicating what OA/E has done in its first two seasons as an 8-man football program won’t be easy.

In two years the program has gone a combined 16-0, winning a pair of sectional titles and making it look extremely easy along the way. In its initial season of 8-man, OA/E outscored its opponents 419-90, while last year they did much of the same, to the tune of 398-79.

Quite the impressive numbers to live up to, but Winter says the expectations and pressure aren’t really there.

“I wouldn’t say there is any pressure. While there is no denying the success that the 2018 and 2019 teams were able to experience, the 2020 team is getting ready to write their own story this fall,” Winter said. “However, I am confident we have the players to continue winning games and maintain success. We have a lot of very capable players returning to the varsity team, as well as some very promising players moving up from an undefeated 8-man JV team and are ready to step into some key roles for us.”

Those roles will certainly be hard to fill.

The main absence will come at quarterback, where Winter will have to try and replace the New York State 2019 8-man Player of the Year in Colton Dillon. Not only is Dillon going to further his career at Mercyhurst (where he will be a wide receiver) but he had been the quarterback for the program since he was in eighth-grade, making the transition from one form of football to the next.

And he made the transition easier on the program and the coaches.

“It has been such a privilege to teach and coach Colton the past two years. He is a special athlete, but more importantly, a fantastic kid that is a blast to be around,” Winter said. “While we were blessed with a great senior class of talented leaders last year, we have another great senior class of leaders getting ready to grab the torch and pick up where they left off. Ty Mott, Peyton Yasses, and Dontrell Jenkins — to name a few — have done a fantastic job working hard and serving as leaders for the younger players in the offseason, both before and during the closure. They have done everything we have asked of them, and I believe they are poised for a big year.”

Back to those shoes that Winter will have to fill.

Cintorino led the Elba program when it was merged with Byron-Bergen, he made the transition to OA/E and then from 11-man to 8-man football.

And a 16-0 mark by outscoring your opponents 817-169 will be tough to replicate, though Winter is just happy that he was able to learn from Cintorino and he hopes to take those experiences into this season.

“I am very thankful for the time I was able to spend working with Coach Cintorino these past two years,” Winter said. “He is a great friend and there are plenty of things I was able to take away from his coaching that I will be able to use for myself. While he may not be directly coaching in the program this fall, there are plenty of ways he will still be adding his help whenever he can. I know he has said on multiple occasions that you will not find a bigger OA/E football fan than him this season.”

For Cintorino, it’s hard walking away from the program at such a successful time but he is doing so for his family.

However, he knows that there is nobody better to be leading these young men into the next phase of their careers.

“For the last two years he has run our weightroom for the football and track program and set our kids up for success on the offseason,” Cintorino said of Winter. “Along with what he has done with us, he brings years of head coaching experience with him and the kids are excited to have him at the helm. I am excited to be his biggest supporter as I coached against him when he was in high school and it is great to see what a great coach and person Tyler has become.”

It is still uncertain as to whether or not high school football will be played because of COVID-19, though it is just another thing that Winter will have to wrestle with as a head coach. The other being when — an if — the program ever moves back to 11-man football.

“I think it is tough to tell right now. Similar to our conversation regarding 8-man vs. 11- man, the continued progression of phases through the COVID-19 pandemic is just a numbers game,” Winter said. “If we continue to do our part, I am optimistic we will be able to take the field this fall. Like everything else, I am sure fall sports will all experience a ‘new normal’ if we are able to return. I am not sure what that may entail, but if we are able to return, you can guarantee we will do our part to ensure a healthy and safe experience for our kids at OA/E.”