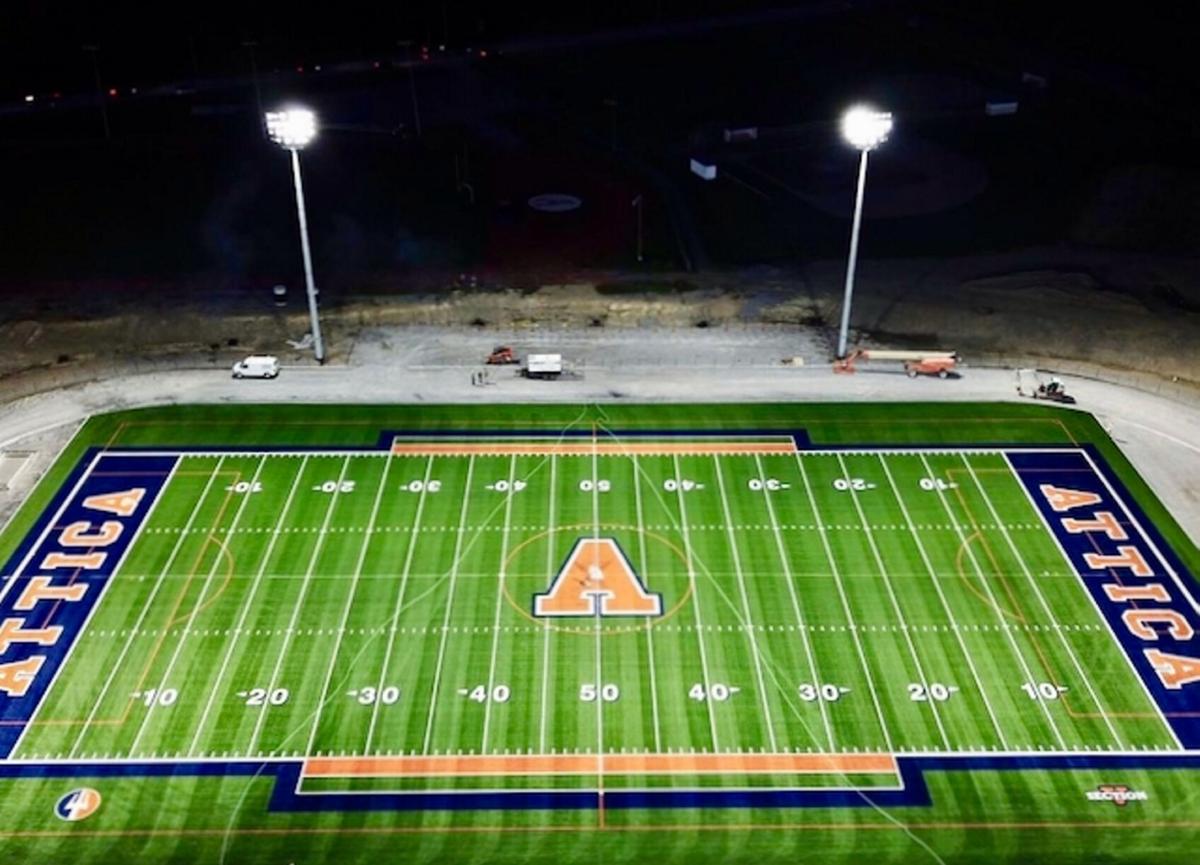 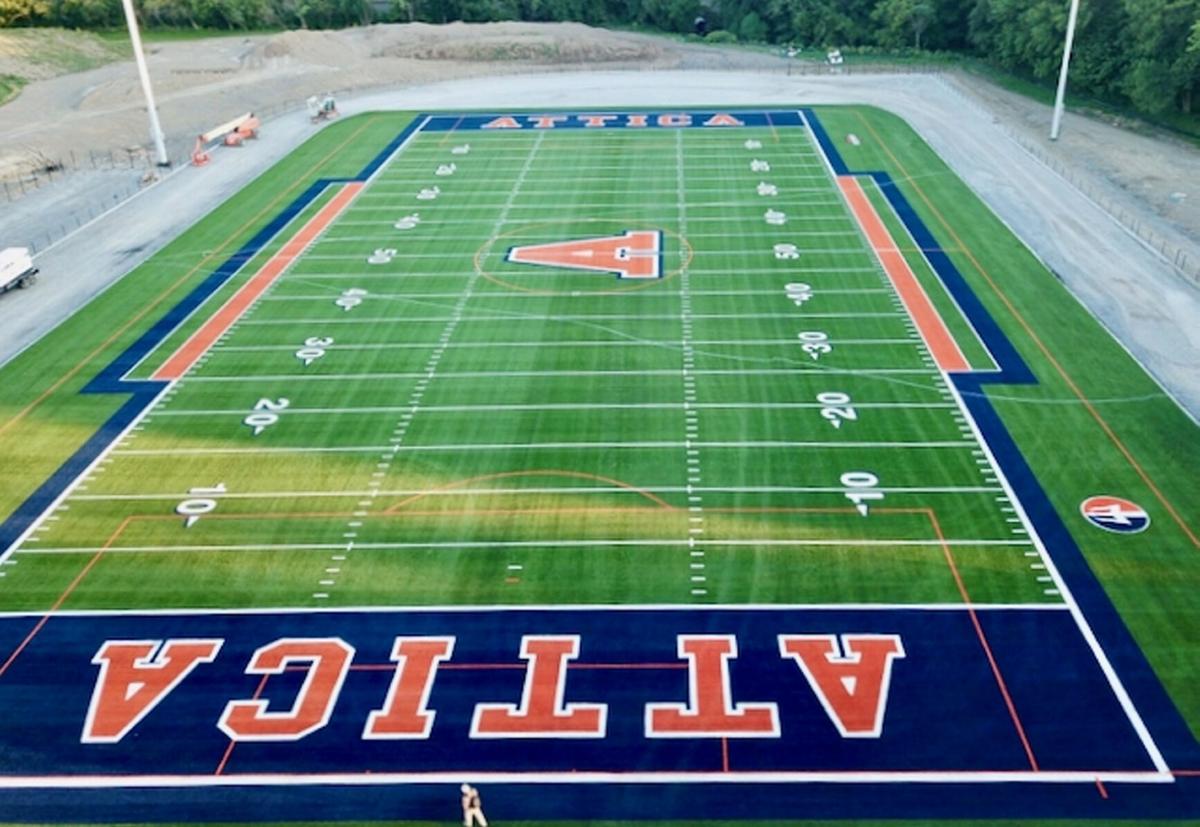 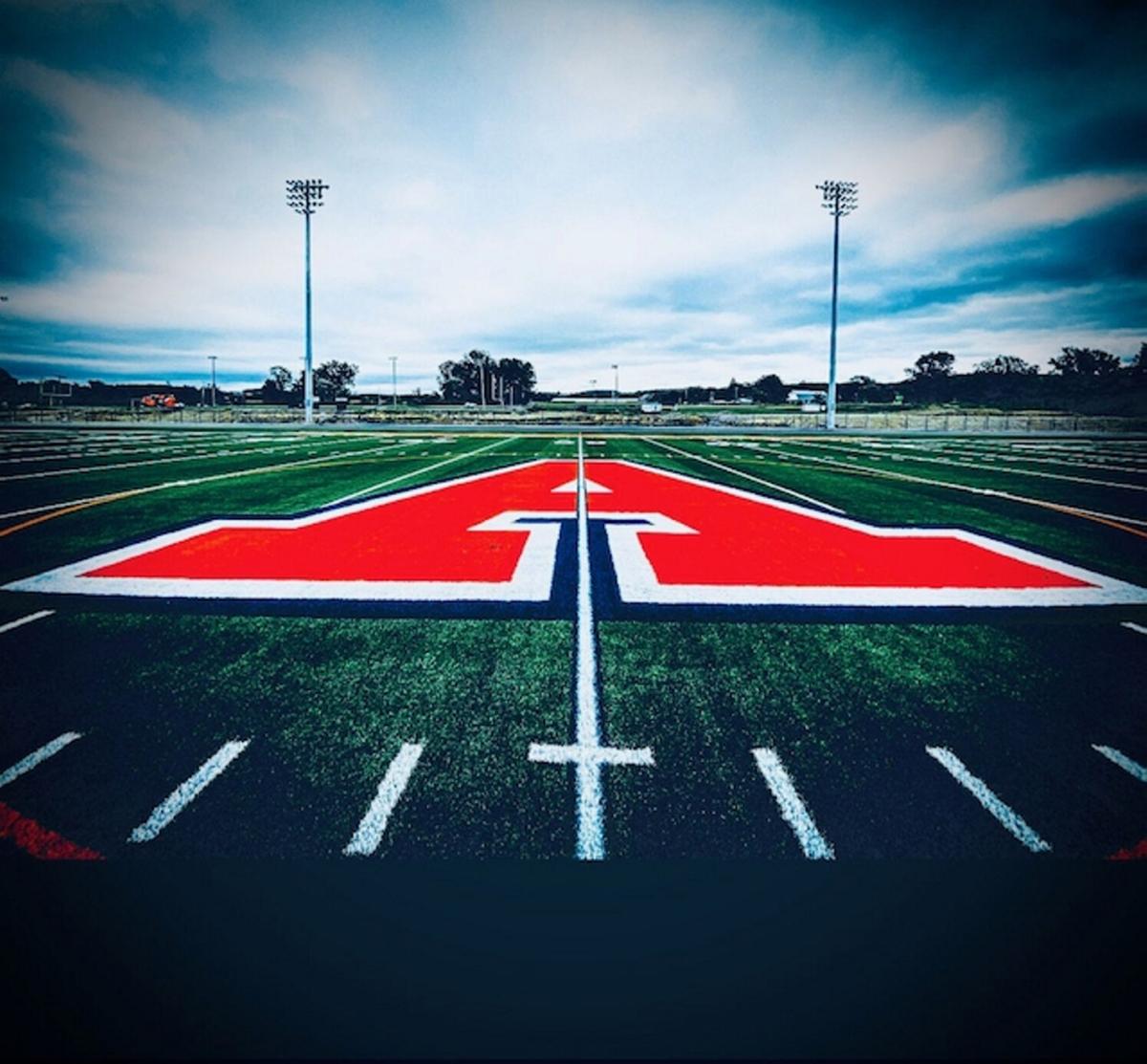 ATTICA — It was no secret that the old multi-purpose outdoor athletics facility at Attica High School had its pitfalls.

Equipped with perhaps the poorest lighting system in Section V, improper field dimensions, inadequate parking opportunities, and the inability to host a sectional contest, the old ‘Alumni Field’ was in dire need of an upgrade.

“There were many dark areas on the field, and that did not bode well for the athletes’ safety,” said Attica athletic director Eric Romesser about one of ‘Alumni Field’s’ many issues. “We had non-league opponents who declined to play us for a game unless it was at their field.”

With all of the shortcomings that came with the old facility, two years ago when Attica business administrator Meaghan Matuszak and superintendent of building and grounds Dave Barber put together a Capital Project committee that would look to fix, replace, or amend the needs of the old ‘Alumni Field,’ Romesser and his coaches were all for it. With that said, as ready as Attica coaches and athletes were for a new facility, the project would still have to go up for a vote, which was scheduled for December of 2018.

Along with the plan to replace the old facility, there were also several other repairs and upgrades throughout the district that were also going to be a part of the vote, which indeed passed, making way for the plan to be approved by the school superintendent and Board of Education.

Once the plan was approved by Superintendent Bryce Thompson and the BOE, Romesser says it was as if a weight was lifted off his shoulders.

“From the onset of this whole process, we have always felt that this state of the art facility was something that our school and community needed,” said the Attica AD. “Why shouldn’t our student-athletes be afforded the same opportunities or amenities that many larger districts have experienced for years?”

For Romesser, the new facility represents more than just a place to hold high school sports contests, but also as a social hub for the community.

“Attica is a small rural district with a small town and we envisioned this new complex becoming a place where folks could meet up for some laughs, great food from our new food stand, and to cheer on our student-athletes under our new lights,” he said.

Not only is Romesser ecstatic with the new facility, so are his coaches, many of whom are also teachers in the district.

“I think this field is going to have a deeper impact than anyone could imagine,” said Attica football coach and physical education teacher Caleb Sabatino. “Giving our students, athletes and school community a state of the art facility to compete and train on will only create a more well-rounded school experience at Attica.”

Sports like football, soccer, and track and field will be the primary benefactors of the new facility at Attica High School, but other sports will be positively impacted as well. With field turf being installed, softball and baseball teams will be able to practice earlier during the spring months instead of utilizing a parking lot as they’ve done in the past. The Attica marching band will also have a clean, dry practice area to enjoy during the school day, and physical education classes from grades 5-12 will take place on the turf as well. In addition, the Attica Youth Athletics organization will be permitted to use the field for practices, games, and other activities.

“I know all of the athletes, young and old can not wait to get on the field and break it in,” added Sabatino. “Attica pride runs deep in this town, but I think this will create a deeper sense of pride and school spirit. Not to mention the atmosphere on gameday is going to be off the charts.”

That pride has already infiltrated not only current students but alumni and other members of the community as well.

“It makes my heart happy that our student-athletes are going to have this facility for years to come,” said Heather Smith, an Attica alum and current Blue Devils’ varsity girls soccer coach. “I’m thankful that our Blue Devil community supported the construction of this facility for our athletes.”

As a former Blue Devils soccer player, Smith believes the upgraded ‘Alumni Field’ will not only impact the excitement of her team on gameday, but will also impact their play on the field.

“The ability to play on turf will change the game. It will make for a faster-paced game and will challenge the girls to step up their foot skills and accuracy,” added Smith, an elementary school teacher within the district. “It will allow them to be better prepared to compete at the next level (if they so choose).”

Attica varsity boys soccer coach, John Dickhut agrees with Smith that the new playing surface will be a game-changer for Attica’s athletes. In the past, the Attica girls and boys soccer teams were unable to play on the old ‘Alumni Field’ due to improper field dimensions, forcing them to play on a field without lights and with a list of other issues.

“Having a high-quality field will improve the skill level of our teams, and change our style of play,” said Dickhut, also a high school math teacher at Attica. “Anyone who visited our old field during a wet fall season knew that at some points there would be large areas of deep mud or standing water.”

Those poor conditions, said Dickhut are not conducive to high-level high school soccer, nor was the lack of lights at the Blue Devils’ old soccer field which sat adjacent to the old ‘Alumni Field’, and where the newly constructed facility stands today.

“In the past when we had home games for sectionals, those games would start around 3 p.m. (to avoid darkness) which was a huge burden for our fans,” added the Blue Devils boys soccer coach. “Our students were actually in classes until 3:10 p.m., and the vast majority of parents can’t get to a 3 p.m. soccer game due to work.”

In the end, the construction of the new ‘Alumni Field’ solved a list of issues that weren’t just superficial, but also involved athletes safety and well being.

Whenever a local school gets a new athletic facility, there are always questions of whether or not the school was in need of such a massive upgrade.

For example, when Batavia completed its overhaul of Van Detta Stadium, there were many questions regarding whether or not the old stadium was in need of being retired.

However, with all of the issues that plagued the old ‘Alumni Field’ at Attica, you would find it difficult to find anyone who experienced a game at that facility that would tell you it wasn’t in need of a major transformation.

What Attica needed is exactly what it got - a big-time upgrade at ‘Alumni Field’ that should allow them to become not only more competitive on the field, but also more competitive when it comes to being in the running for hosting state qualifier and sectional contests.

By all accounts, the Attica school district hit a home run with this project.

Now let’s just hope the athletes get to use it this season.