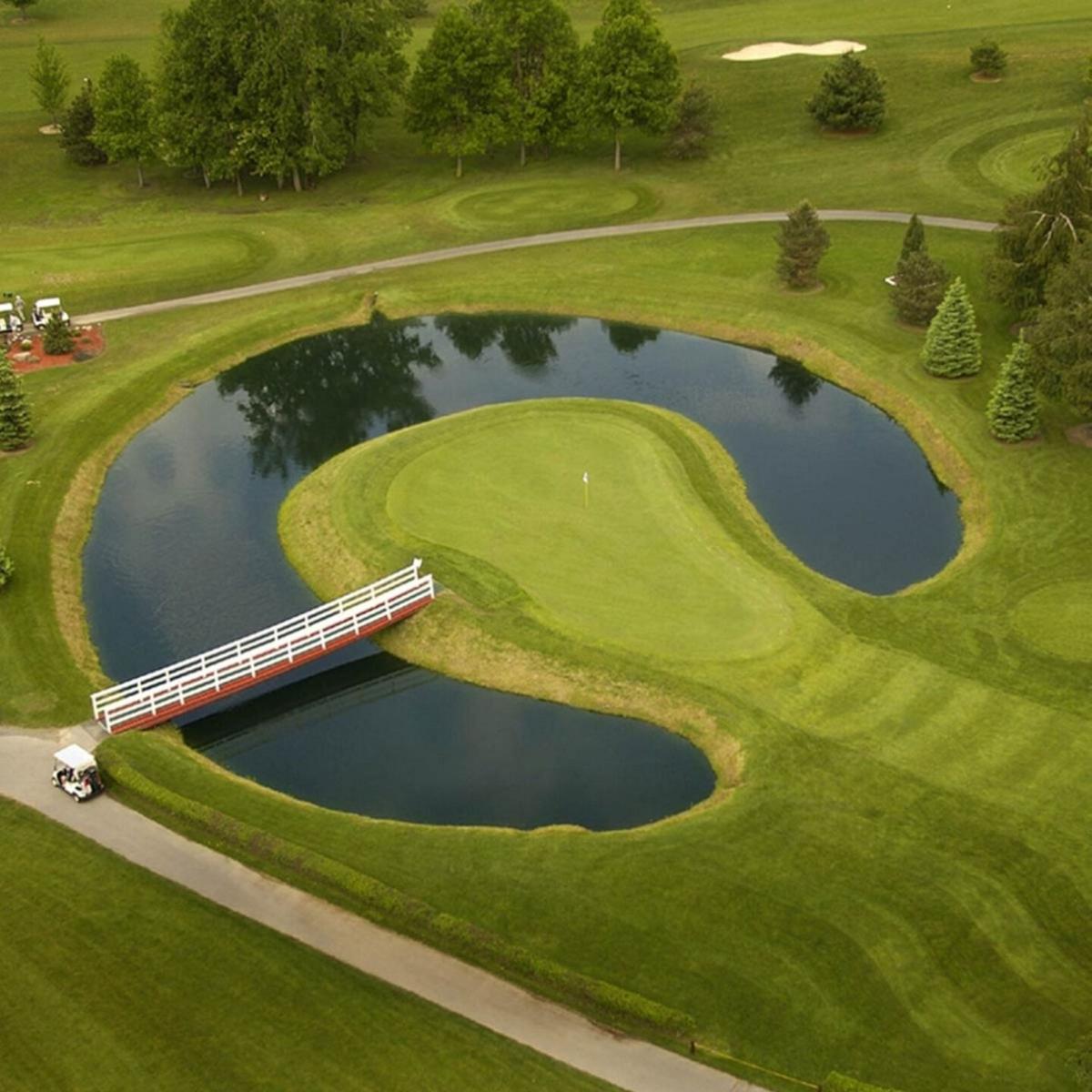 ProvidedThe 14th hole on the East course at Terry Hills GC is one of the best around. 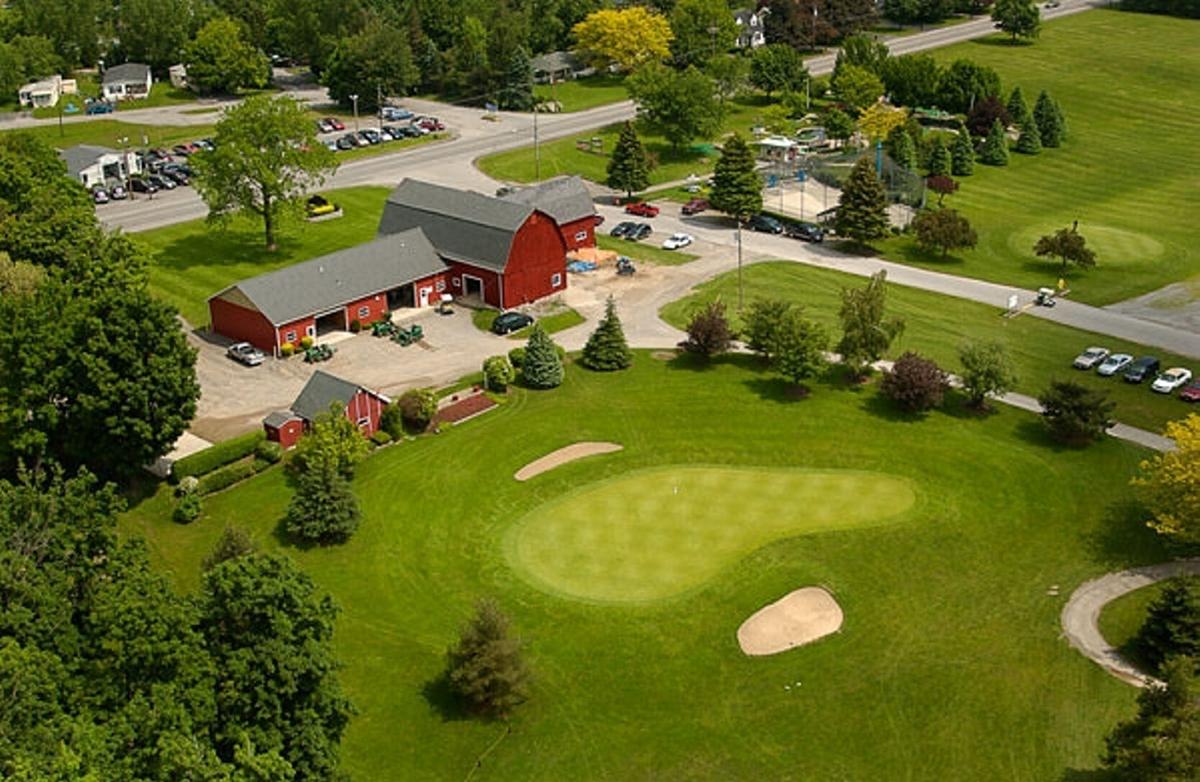 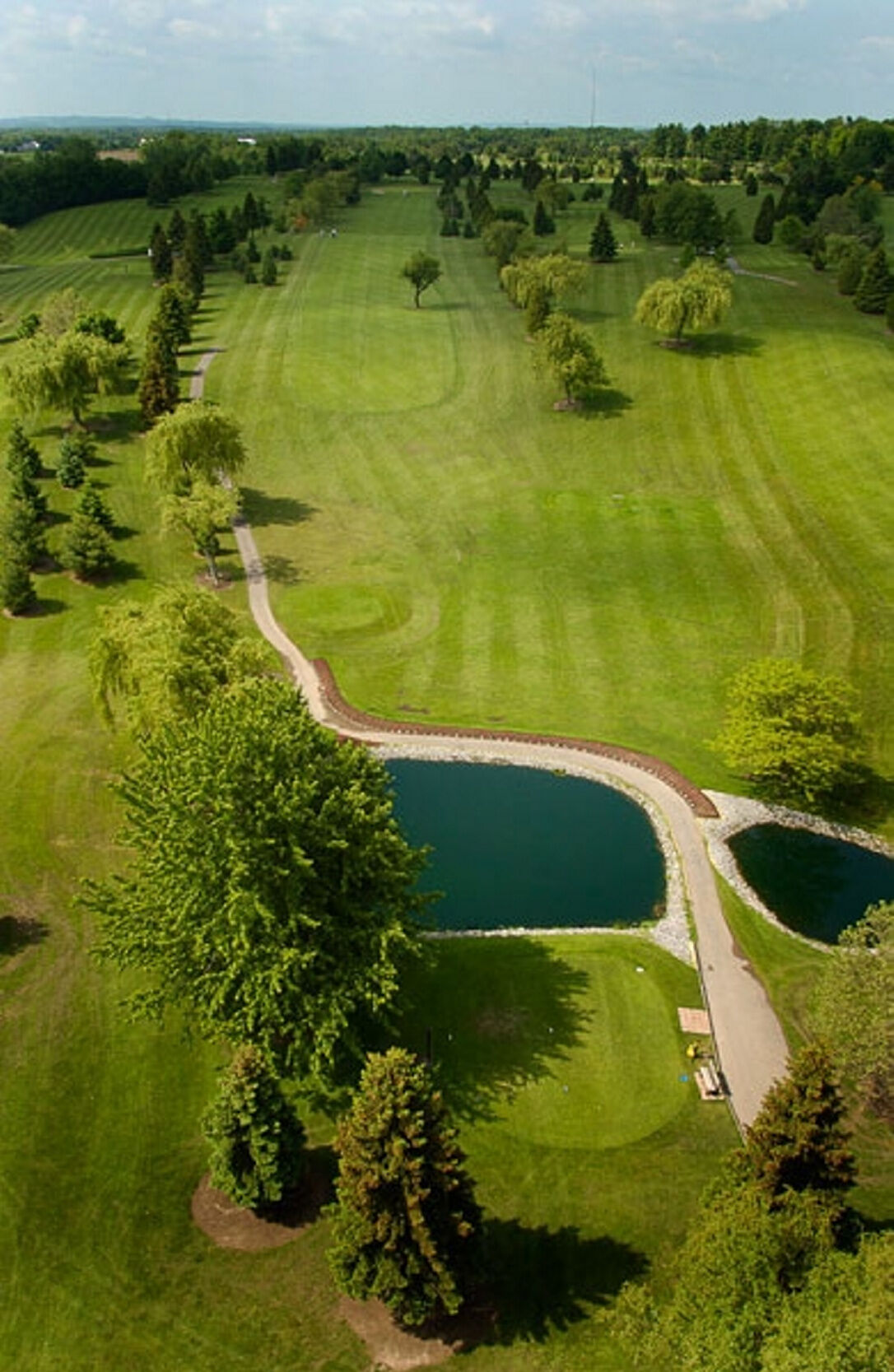 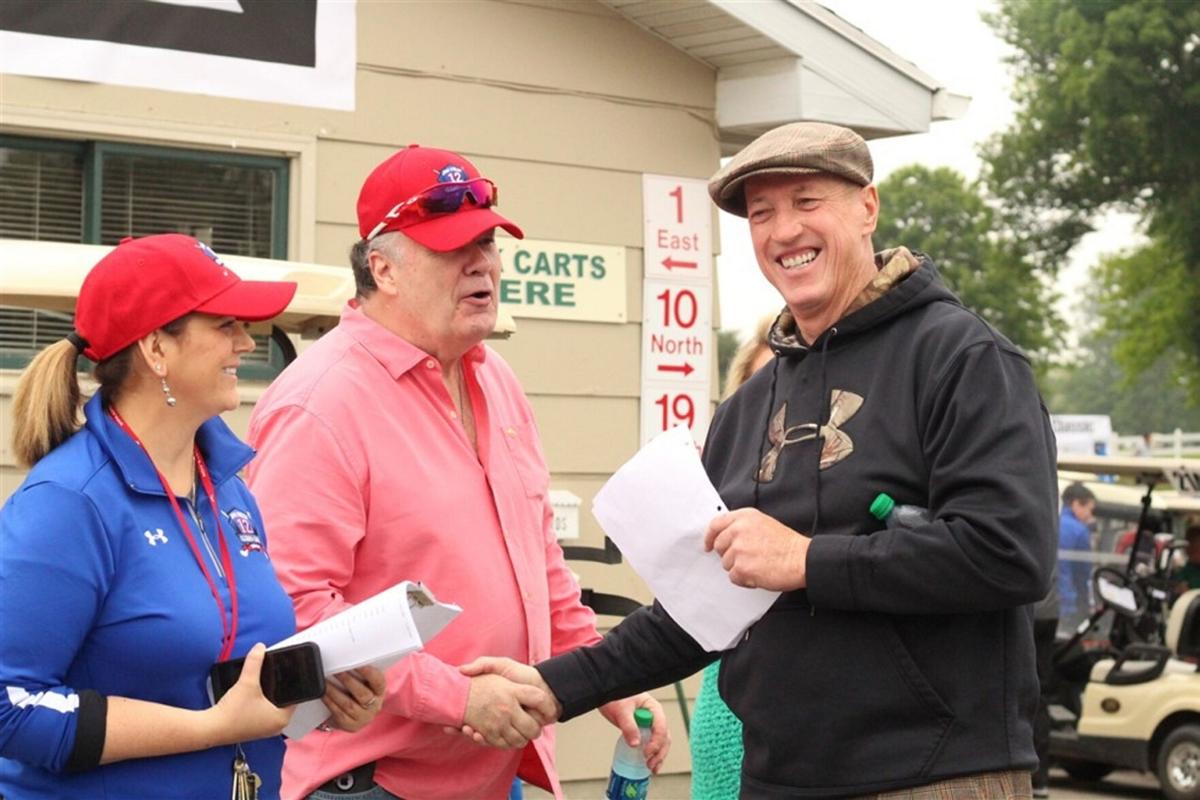 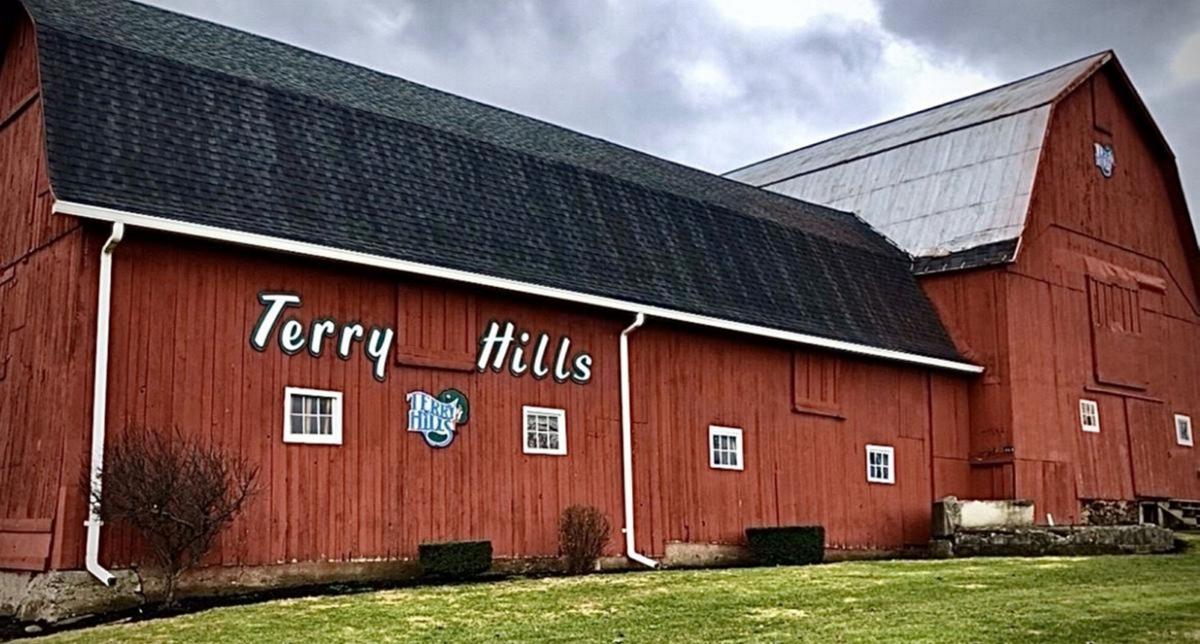 ProvidedThe 14th hole on the East course at Terry Hills GC is one of the best around.

This popular Batavia course has a strong reputation for always being in great condition, and while playing it earlier this week, that was certainly the case as it was in tremendous shape — from tee-to-green.

When you first pull into the parking lot in the early hours arriving at 7 a.m. and you notice plenty of vehicles already in the parking lot, you get a bit concerned about potentially enduring some slow play.

Not at Terry Hills.

Unbeknownst to me at the time but Terry Hills GC is a 27-hole course with three different, nine-hole courses — North, East and South, and all three sides are a thing of beauty.

Nothing is worse than having to wait 5-to-10 minutes between every shot, but none of this was going on at Terry Hills GC. Sometimes you can’t help when slow play occurs, but it seems as though Terry Hills GC and their starter had that fully under control.

This course was extremely impressive and their label as being WNY’s -1 Public Course seemed very deserving.

The tee-boxes were in great condition and the fairways were plush green throughout. The greens, although a bit slow, were soft and gorgeous with not a single mark on them. And they were also rolling very true, although I still continued, like I have all season, to struggle with my flat stick.

One of the several things I liked about Terry Hills GC was the par 3’s — extremely fun, yet challenging. I am not a huge fan of par 3’s over 200 yards so this course suited my taste with all six of the par 3’s under 200 yards — ranging from 112 yards to 172 yards, much more within my make up.

In particular I loved holes No. 3 (East), No. 7 (East) and No. 14 (North). All three were fantastic par 3’s. On No. 14, the course’s signature hole, there was no room for error so if you’re long, right or left you probably hit water but if you’re short you will be safe. A fun hole to say the least and a rewarding tee shot on the large green should at least get you a par.

I loved many of the par 4’s at this course. Some were pretty long while others were a few yards under 300. But there is a strategy for playing short par 4’s and it is not always the ‘grip it and rip it’ kind. Putting yourself in a position for the best second shot is always a great answer — not swinging driver like I did on the downhill, 261-yard No. 2 hole — the shortest par 4 on the course — that put me on the side of a lofty hill with a tough approach shot looming. If I hit it 260 like back in the day no problem but now I’m never over 230 which leads you to trouble on this particular hole.

There were also several well-designed par 5’s on the course including East’s No. 9 beauty, a 495-yard yard hole with the biggest tree in Genesee County sitting on the left side of the fairway. This particular hole also has an elevated green which slants from back to front so you simply need to leave your approach shot below the cup or a three putt definitely comes into play.

Terry Hills GC is owned by Nick Rotondo and has been in the Rotondo family for three generations beginning their ownership back in 1972.

Nick has led Terry Hills in each of its expansions, overseeing the design and construction of both 9-hole projects in 1985 and 1995 and the clubhouse development project in 2004. He has also been a member of the Golf Course Superintendent’s Association for 25 years and the National Golf Course Owner’s Association since 1988.

Danielle Rotondo has been the GM the past 20 years at Terry Hills GC.

“The course is in excellent condition,” Danielle said. “Our grounds crew has done an amazing job and the weather has been pretty cooperative. We were able to aerify the greens in April and they came back great.”

Despite a slow start in which Governor Cuomo pulled the plug on all “non private” courses back in April, Terry Hills GC has came back with a vengeance with strong play and outstanding conditions.

“We have been fortunate enough to have a great season after a little rough start due to the pandemic,” Danielle added. “Golf is a great game for social distancing and being outside. We have had new golfers and seasoned golfers and everything in between. It’s great to see everyone out enjoying the game. Again, the weather has been great and that always helps.”

Kelly hosts his tournament every year at Terry Hills GC to raise money for his Kelly for Kids foundation.

Kelly for Kids is committed to serving disadvantaged and disabled youth in Western New York through the distribution of grant money raised throughout the year.

Since inception, the Foundation has distributed over 5 million dollars to many children’s charities throughout WNY.

The restaurant at Terry Hills GC is open daily from 11 a.m. until 9 p.m. Monday through Friday.

“We have a large air-conditioned dining room and a gorgeous patio overlooking the course,” Danielle said. “Both allow us to appropriately space the tables and still seat a large number of guests. At this time we are following NYS guidelines for gatherings and events, so we are also able to do some weddings depending on the number.”

In 1930, Parker Terry opened Terry Hills Golf Course as one of the area’s first 9-hole public golf courses. After the Rotondo family acquired the course in 1972, they have continually improved the course, turning what was once farmland into a renowned 27-hole championship golf course. Terry Hills now services Western New York with a beautiful clubhouse, a country club ambience, and outstanding service at a value price.

The East Course (holes 1-9) is the oldest of the three courses and was built by Parker Terry in 1930. Measuring just over 3,000 yards from the blue tees, its hilly terrain, mature trees, and small greens provide plenty of challenge to golfers of all abilities. The East Course is known for its difficult par fives, with holes 4, 6, and 9 all measuring over 500 yards each.

The North Course (holes 10-18) measures in at over 3,200 yards. Terry Hills’ signature hole is the 14th, a short par three that plays to an island green, which the Rochester Democrat and Chronicle coined in 2004 as a Top 10 Hole in all of WNY (behind such holes as the world famous 13th at Oak Hill’s East Course). The North Course also features a local favorite finishing hole in the 18th, which is a dogleg that plays through the woods up to an elevated green.