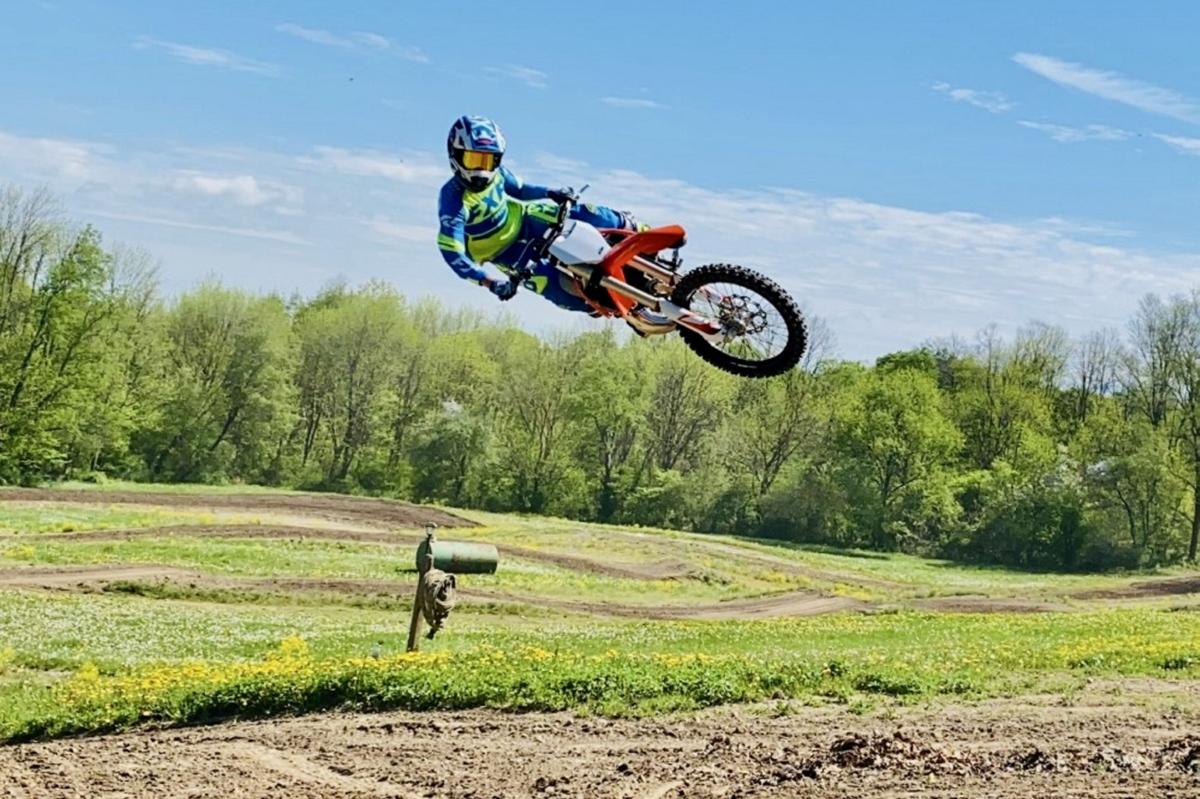 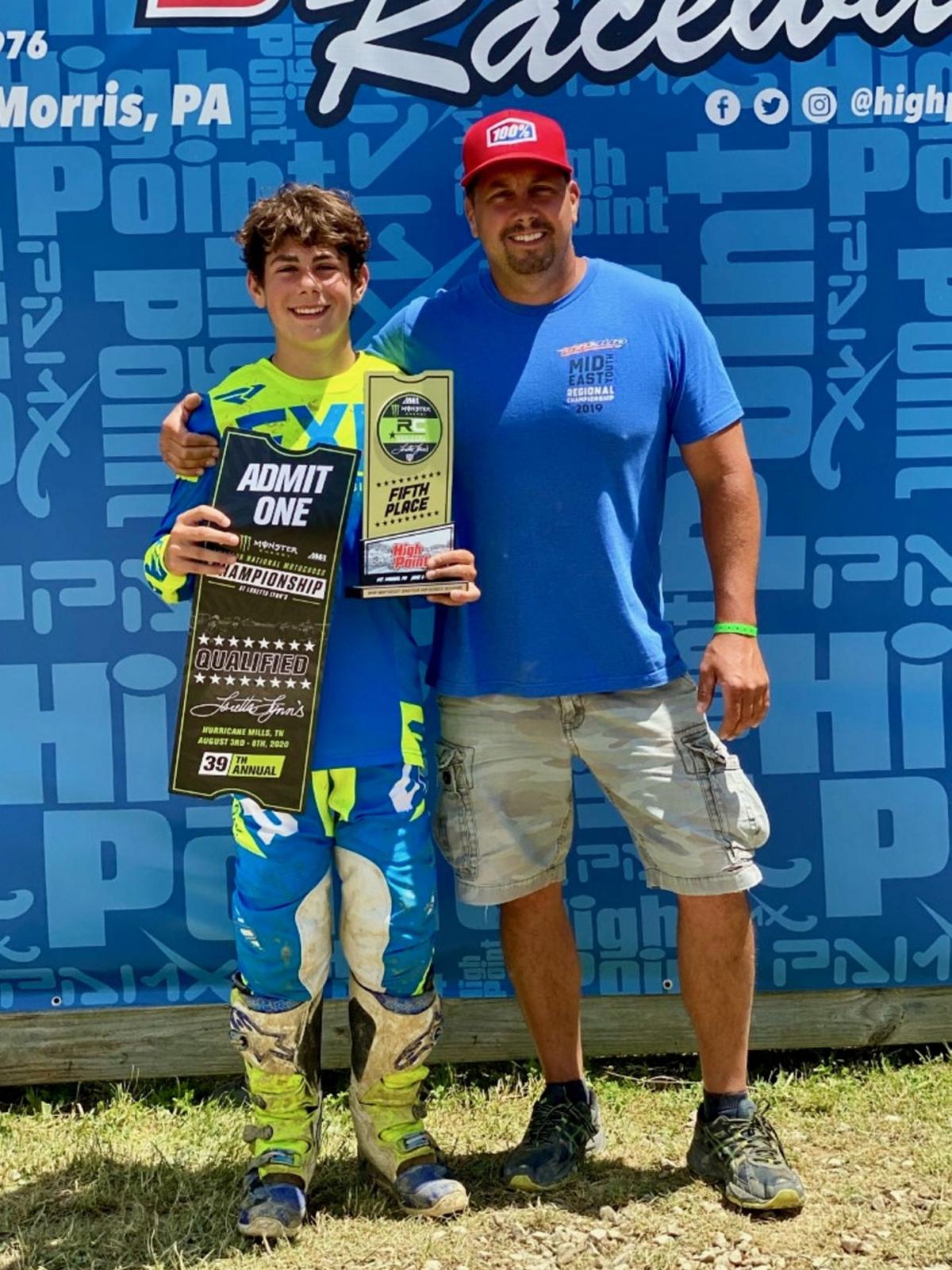 Spadaro has spent the last four months qualifying for the event, as the top finishers in area qualifiers and regional championships earn a gate position in the national championship and he was finally able to reach those heights recently.

“Once I qualified it was a huge relief,” said Spadaro. “I had been trying to do this the past few years.”

Spadaro earned just one of 1,512 qualifying positions for the event, which is the largest amateur motocross race in the world and will be held August 3rd to August 8th at the historic Loretta Lynn Ranch in Hurricane Mills, Tennessee. Over 20,000 riders nationwide were hoping to qualify for the event.

“The Amateur National at Loretta Lynn’s is the best of the best (motocross tracks) in America and around the world,” says Tim Cotter, Director of MX Sports Pro Motocross Administration. “Just being here makes you an elite racer and a top athlete. A solid finish at Loretta’s would you give you instant National recognition and a possible professional career.”

Spadaro will make the long journey to Tennessee, along with his parents, two brothers, as well as his grandparents, aunt, uncle and cousins.

The motocross championships aren’t just a race, says Spadaro, but more of a week-long vacation for the whole family, as many treat the event as their family’s summer trip. Along with the big race, many family-friendly activities are also offered, including swimming, a talent show, concerts and other live entertainment.

“The second I won my entire family started planning the trip,” said Spadaro. “I think I couldn’t stop smiling for a week.”

Many of America’s top professional motocross racers, including James Stewart, Ricky Carmichael, Travis Pastrana and Ryan Dungey, have won AMA Amateur National titles at Loretta Lynn’s in the past. The course contains a variety of jumps, corners and other obstacles designed to test the skills and stamina of racers. The track is used only once a year for motorcycles, so there is no hometown advantage for local riders. Racers compete in three 15 to 20 minute races over the course of the week, sometimes in grueling temperatures.

“I’m just so excited to be there. Of course, I want to win, but the experience will be something I never forget,” said Spadaro. “I’d say if I could get in the top 10 that would be a goal that I’m shooting for. There will be the best racer in the country (there) and even other countries like Canada.”

Racers may enter the event upon qualifying in a wide variety of classes, from minicycle classes for children as young as four all the way up to a senior division of riders over 50. In total, there are 36 classes of competition and Spadaro will compete in the highly competitive 125CC class.

Spadaro, a ninth grader at Le Roy High School, has been riding dirt bikes since he was four years old and has won countless races throughout his career. Being named ‘Rider of the Year’ twice during his young amateur career, he competes locally nearly every weekend at Pavilion MX, Area 51, Hogback Hill, Sick Brothers or Frozen Ocean, along with various other tracks in surrounding states.

“We could not do it without our entire racing family. Each weekend we pack up everything and hit the road so I can race,” said Spadaro. “My Dad spends countless hours driving me to and from practices and fixing my bikes and my little brothers are my biggest fans.”

“My sponsors have been amazing,” Spadaro continued. “The top sponsors are mom, dad, Hebler’s Sales and Service, FXR, 6D Helmets, Mika Metals, 100% and Dunlop - I can’t thank everyone enough.”

The race action will be broadcast live daily at www.RacerTV.com, August 3 – August 8, for a total of 40 hours of live coverage. In addition, highlight shows featuring the event will air on NBC Sports Network in the fall.

For more information on the Monster Energy AMA Amateur National, visit the series’ official website at www.mxsports.com or call 304-284-0101.

(Much of the above information was provided.)