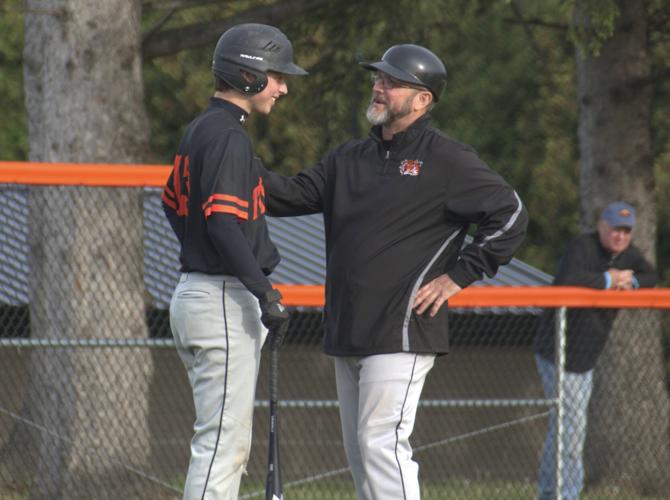 Provided | Lyndonville head coach Shane Price is stepping away from the game after 20 years, three sectional titles and countless memories on the diamond. 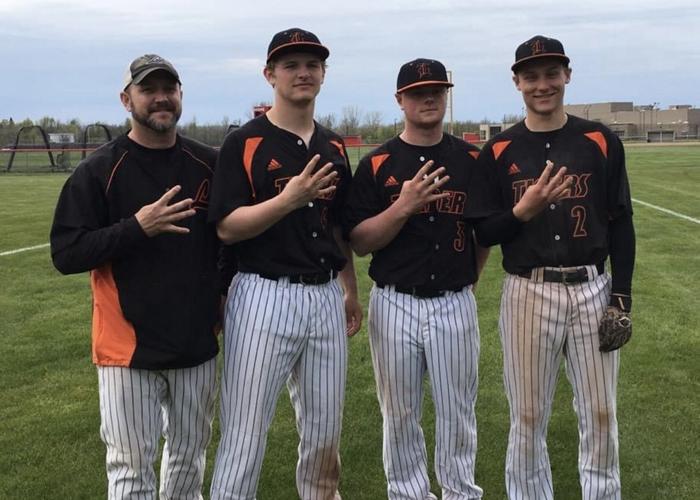 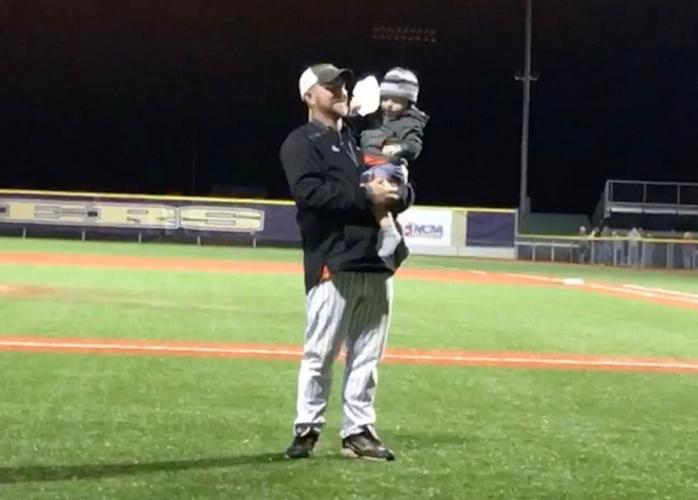 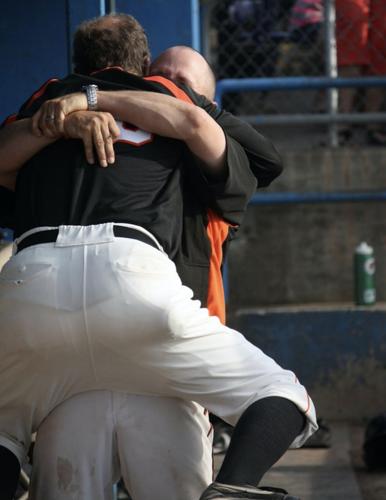 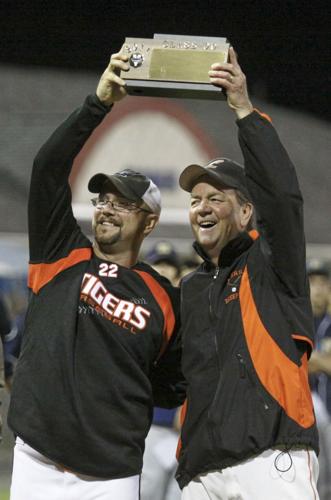 Provided | Lyndonville head coach Shane Price is stepping away from the game after 20 years, three sectional titles and countless memories on the diamond.

LYNDONVILLE — The Lyndonville Tigers are losing a good one as longtime varsity baseball coach Shane Price has decided to step away from the game after 20 seasons, three Section V championships and countless memories made on the diamond with his athletes.

“Thinking about everything makes me pretty emotional,“ said the veteran head coach. “We have had some really great memories over the years.”

Price finishes his run at Lyndonville with a career record of 270-118 while helping the Tigers collect three sectional blocks during his time at the helm in 2011, ‘13 and ‘17, with the ‘11 team making its way to the state final four. Price-coached teams finished as sectional runners-up on three occasions, in ‘10, ‘15 and ‘19.

The two-decade-long run produced by the Tigers under Price’s watch continued a long history of success within the Lyndonville baseball program. Price took over the program for longtime coach John Hayes who will be inducted into the Section V Hall of Fame with 269 wins. Hayes took over for Arnold Hartsen, who had over 300 wins.

“In 75 years, we have had three coaches, all who have been successful,” said Price. “This speaks volumes about our community and youth programs. I have always said that my job was to keep the tradition alive and build on John and Arnie’s legacy. My hope is that I have done that.“

A nine-time Genesee Region League Coach of the Year recipient, Price was honored as the top coach within his sectional classification four times. Widely known as one of the most committed and most passionate coaches around, Price’s departure will leave a hole within the Tigers’ spring athletics program that won’t easily be filled.

When Price looks back on his time coaching Lyndonville baseball, there are so many memories that stand out. Like when his Tigers took home his first championship as head coach in 2011 alongside longtime program assistant Mark Hughes, whom Price terms the “greatest human being in the world.”

“That group dedicated a lot of time and effort to baseball,” said Price. “Making the final four the same year was extra special. We won a lot of games, but in doing so, we also made some very successful kids who have gone on to do great things in life.”

As much as the program’s success has meant to him over the years, it is more so the on and off-the-field achievement of his athletes that Price boasts most proudly.

“When you start coaching, you get stuck on the winning, but over time winning becomes secondary,” said Price. “Watching the boys grow into men and now create productive lives for themselves makes me very proud. To see them getting married and having kids of their own means more now than any amount of championships or games won.”

Price credits Hughes, who has served as an assistant within the Lyndonville program for 50 seasons, with being his confidant throughout his 20 years at the helm. He also credits him for the leadership he has provided for the hundreds of players that have come through the program during that time. For the past two decades, Hughes has been the yin to Price’s yang, providing a positive attitude and extensive baseball acumen, which Hughes has built over his half-century in the dugout.

“Mark is invaluable in every aspect,” added Price. “His life lessons and always knowing what to say, how to say it and when to say it make you appreciate every aspect of the game in life. Mark would tell you I was pretty rough around the edges when I started. I believe he is the one who led me toward being a better coach, teacher, spouse and father, just like he has done for so many others. I appreciate everything he has done for me and the boys for the past 20 years of my coaching and 26 years of my teaching career, and his 50 years on the field. Meeting him and working with him has been an honor. He is a class act. Time has flown by, and Mark and I have had a lot of fun. Coaching has kept us young.”

One of the most special moments Price and Hughes shared together came at the conclusion of the ‘17 season when the Tigers hoisted their third and what turned out to be their final championship under the coaching duo.

“That year meant a lot because my son was so sick during his first year (of life), and I wasn’t sure I’d be able to coach and to have him there when we beat Fillmore,” said Price. “To coach that game and have him there was pretty special.”

Price’s son, Gatlin, was born in ‘16 with bad reflux which required him to be on special formula and medicine.

“During the ‘16 season, I’ll admit, I wasn’t all in,” said Price. “It was tough. My heart was at home, and baseball was secondary.”

With his wife, Kim, by his side, and with the help of Dr. Branche at Three Little Birds Pediatrics, Price has watched his son grow to live a full and healthy life. But after Gatlin’s early health struggles, Price gained a different perspective on things compared to when he started coaching all those years ago. For the longtime Tigers coach, his family of four, which includes his daughter Emersyn, is everything.

“(The down time due to) COVID allowed me to spend a year with my family, and I saw what I was missing while at practice or games,” said Price. “I love being a dad, and I am so proud of them. I’m pretty sure people won’t remember how many wins I had or championships I’ve won. My kids will remember if dad wasn’t there.”

Price says the decision to step away was expedited after another sad circumstance within his family life took place unexpectedly this past winter.

“In February, we lost our mother,” said Price. “It made me think a lot about what was important. Due to COVID, my mother was never able to meet my daughter. I bought a new truck in January with the intent to drive down (south) and surprise her. She would have loved it and would have gotten a kick out of (Emersyn). She can be a bit wild and sassy. It made me think that life is pretty short, and we better spend it with our loved ones.”

What’s next for Coach Price? You can bet that you’ll find him near a baseball field.

“I definitely can’t quit baseball cold turkey,” said Price. “As of right now, we don’t know who will take over the program. I would like to stay involved with the teams but cannot commit. I see myself coming in and helping out in any way possible — possibly a few days a week if the next coach will allow. My focus moving forward will be my kids. Gatlin’s playing T-ball and soccer this year, and Emersyn will be getting involved. Hopefully, taking a few vacations, spend time with my dad, fishing and hunting. Just enjoying time with the family.”

There’s no question that Price will miss his time at the helm of the Tigers ‘nine.’ His team will miss him, too.

After two decades of success on the diamond, the old ball coach is calling it a day. For the 20-year veteran, there will be no more practices, no more pregame preparation, and no more long bus rides home. But while the program will move forward without him on the bench and roaming the third-base coaching box, Price’s contributions to Lyndonville athletics will not soon be forgotten.