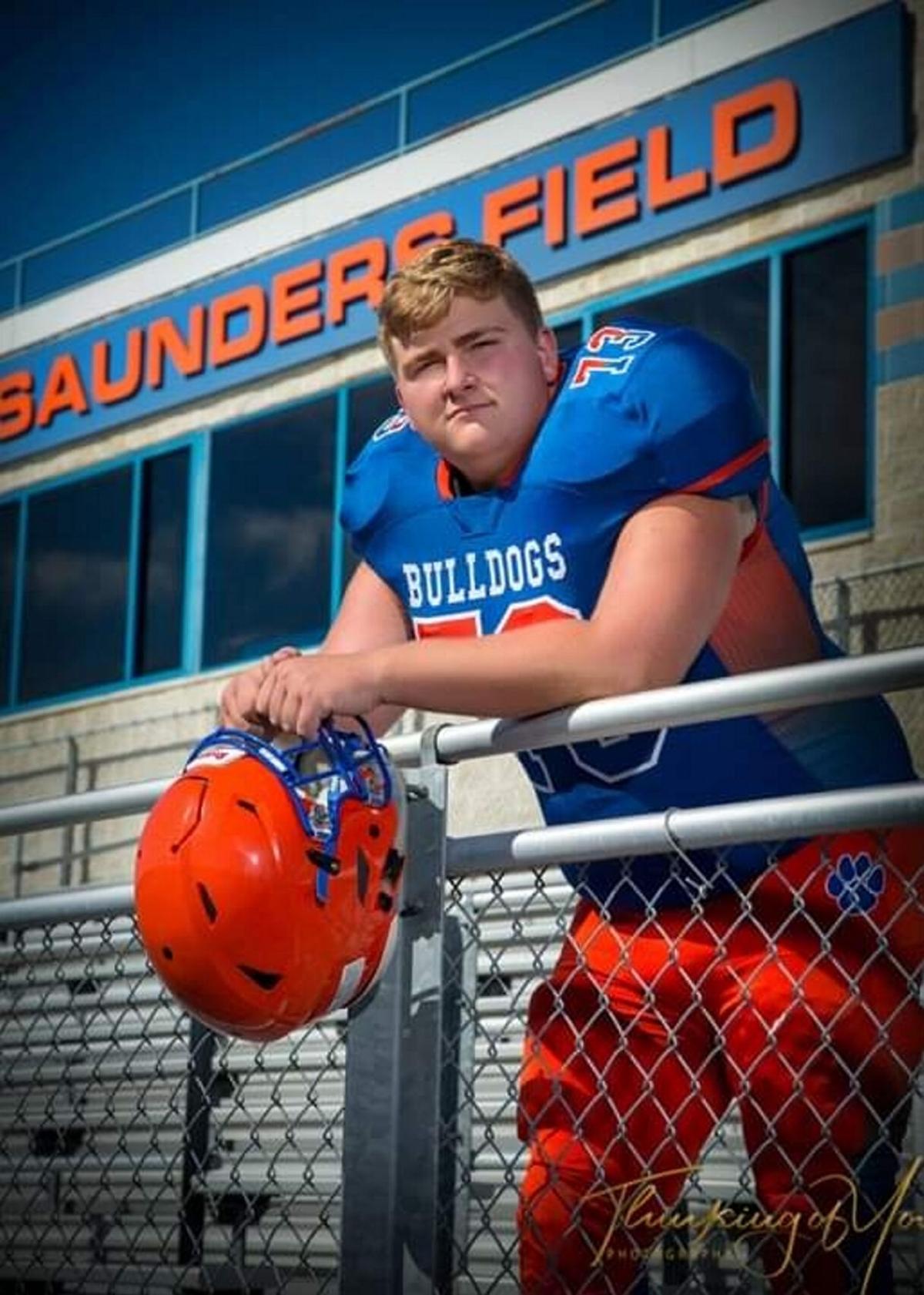 ProvidedBrendan Mayo, an All-State offensive lineman last year as a junior for the Livonia Bulldogs, will be playing football this fall for Merritt Island in the state of Florida. 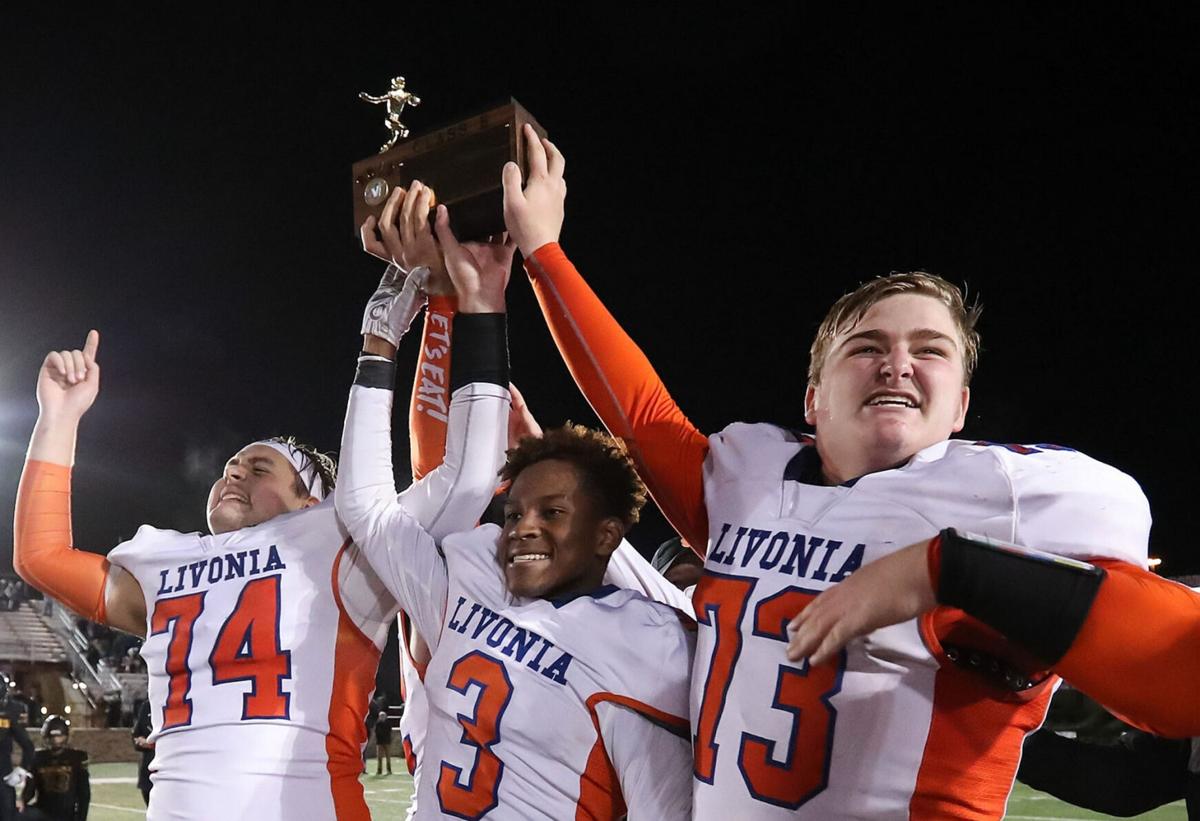 ProvidedBrendan Mayo, an All-State offensive lineman last year as a junior for the Livonia Bulldogs, will be playing football this fall for Merritt Island in the state of Florida.

Family means everything to the Mayo family.

That same Livonia family made some local headlines this week when they packed up and headed south to Florida so their son can play football.

Brendan Mayo, a senior for the Bulldogs and one of three very talented offensive lineman that helped the Bulldogs capture their first sectional title in 25 years last fall, was expected to be a force on the interior line this season for a Livonia team that was dropping to Class C for the first time in over 20 years.

Nobody in Section V would have touched Livonia this season and Mayo as well as several other returners including Stefan Gwyn, Alex Minnehan, Trevor Allen, Kevin Travis and Jake Smith would probably agree with that.

Mayo, listed at 6-3, 295 pounds, was receiving interest from some D-I colleges and a few Ivy league schools and his 4.0 classroom average certainly didn’t hurt.

While the grades have always been outstanding, college coaches told him they needed some more film — senior film.

And with the strong possibility that NYS and Section V was not going to play football this fall, Mayo and his family, including his dad Andy and mom Allison, are heading to the Space Coast Conference in Brevard County, Florida to suit up with the Merritt Island Mustangs, a 5A school with a strong tradition for solid football programs.

Merritt Island has a strong football reputation with 36 postseason appearances, four state finals and three championships, although their last came back in 1979,

Merritt Island is about an hour east of Orlando and about five minutes from Cocoa Beach.

Why do I know so much about Merritt Island? Because I covered them during my days as a sports reporter (1993-1997) for the Florida Today, a seven-day Gannett paper that had their main office in Melbourne, 25 minutes south of Merritt Island.

The Space Coast Conference is loaded with football talent and will definitely give Mayo a legitimate chance to be seen by D-I football scouts.

He will be playing against perennial state powerhouses Cocoa and Rockledge this season. On a normal Friday night, those stands would be packed.

And lets face it, those same scouts he will see hanging out at Mitchell-Ellington Park are definitely not hanging around Saunders Field in Livonia on a Friday night. That’s no knock against upstate NY football but quite honestly the talent pool up here is minimal to what it is down south.

But rest assured, if Brendan had his choice he would much rather finish his senior year on the grass at Saunders but thanks to our state leaders playing the ‘delay as long as we can game.’ he will instead head south to the Sunshine State, which certainly isn’t a bad option.

There is nothing about this move I don’t like, given the current circumstances.

I applaud the Mayo family for doing what they believe is right for their son. Moving over a thousand miles away to ensure their son gets a fair shot at his dream, what can honestly been wrong with that? Nothing.

And they are heading to an area that will no doubt make upstate NY look like modified football when it comes to competition and after this fall there will be no doubt whether this kid can play at the D-I level or not.

A standing ovation for this family, please.

The news for the Mayo family heading south spread quickly with a few local TV stories and also a segment on the Ditullio and Moran Morning Sports Show.

While many of the responses have been very positive, wishing both Brendan and his family the best on their new adventures, I have also seen some of the negative comments on social media.

Basically, those that are questioning this courageous move don’t understand why a family would up and move just because football was put on hold.

“I’ve never heard of this kid,” or, “He’s not good enough to play D-I football,” were two of them.

First off, he’s a lineman, nobody ever hears about linemen, all we ever hear about is skilled offensive players or defensive beasts.

It’s one of the many reasons I respect linemen so much because they are not looking for the spotlight nor do they care about scoring the touchdowns or getting the headlines.

But, trust me, when they are passing out the sectional blocks in November, nobody with a weak line gets those blocks. Winning titles has everything to do with the big boys up front, period.

Here’s what I do know about Brendan. He will be a great, highly competitive player for Merritt Island this fall. He’s very coachable and hard working and will help that team’s offensive line in many ways including his intelligence, strength and mental and physical toughness.

This kid has a bright future, very bright.

Do I believe he’s good enough to play at the D-I level? I will not answer that because I would never give my opinion on whether or not someone can achieve something that is so extraordinary. That’s not for me, or anyone else in social media, to decide.

But, let me just say publicly I will be rooting for this kid and hope he does reach his dream and he has all the tools to reach that goal.

In fact, my best friend Zac’s son — Calvin Rivera — received a full D-I football scholarship two years ago worth over $280,000 to Lehigh University where Cal is currently a junior holding a 3.5 GPA in the mechanical engineering program while playing OL for the Mountain Hawks.

Cal played at Pittsford and was an All-State player, just like Brendan was last fall at Livonia.

Had you told me four years ago this was going to happen, I would have called you crazy, but after putting in a lot of work getting bigger, faster and stronger, Calvin, listed at 6-6, 300 pounds, is a full scholarship student-athlete to one of the top college institutions in the country.

Dreams come true, I’ve seen it with my own eyes. And Brendan is chasing that same dream. So why not encourage it?

Our current NY situation for high school football players is a sad story that I pray has a happy ending. It deserves one.

In all honestly I hope others follow in the Mayo’s footsteps to allow their son a chance to play his final season on the gridiron. I don’t think there’s any doubt that football is king with most high school athletes, especially the ones that have played from Pee Wee up to varsity. The camaraderie between football programs is something you just can’t explain. It’s magical. And the fact that Brendan and his Bulldog teammates would have been chasing another sectional title this fall, makes this even more heartbreaking.

But, thanks to his family, and the sacrifices they are willing to make, this story will have another chapter.

I do feel for those that are not in the same situation to get up and leave like the Mayo’s.

Many parents, especially given the current financial circumstances, might not be able to afford such a move.

I wish things were different for them.

I wish things were different in New York, as I, like many others, are losing faith and trust with this state.

Let me take that a step further and say I believe both Robert Zayas, the Executive Director of the New York State Public High School Athletic Association, and NY Governor Andrew Cuomo have both dropped the ball on this....

For the past four months, they have kept these student-athletes holding on to all of their hopes and waiting patiently for the green light to shine.

Even back in March when this pandemic first hit, they, meaning NYSPHSAA, literally waited until the day of the state quarterfinals in boys and girls basketball to cancel the event. Why not a few days earlier when March Madness was canceled? Did they really think we were going to host a high school quarterfinals after the biggest tournament in the world was canceled? Me neither! They did more harm to these student-athletes by waiting until the last second instead of just ripping off the band-aid.

If I have bad news coming, just give it to me straight. I believe most of these parents and student-athletes feel the same way.

I reached out to Andy Mayo this week and asked his opinion on the situation and here’s what he had to say.

“Dr. Zayas and Governor Cuomo are finding new ways to set New York State athletics back from the rest of the country. Incoherent policies, inconsistency of messaging and guidelines, as well as giving false hope to student-athletes is just sad. I feel bad for those left behind to suffer under this rudderless, draconian leadership.”

This could have, and should have been handled differently.

I wish one of them would just came out and said, “There will be no high school football this fall, period.”

Rip that band-aid off so others can make their choice whether to stay or head to play somewhere else.

As disappointed as many would have been, it sure is better than stringing everyone along until late September before pulling the plug with all these kids left with no school to play for.

The Mayo family did the right thing. They did what was best for their son, and ultimately their family. They were not about to wait around for our Governor or Dr. Zayas to announce their decision.

We should all applaud the bravery in such a decision. Standing ovation.

There are currently 23 states that have started playing high school football or will start practices next week.

Meanwhile, back in the state of New York, where we currently hold one of the nation’s lowest infection rates (0.7%), less than one percent, football helmets are still in the shed.

All 23 of those states currently playing football have higher infection rates than NY, and if you take the upstate NY numbers, it’s not even close.

Speaking of numbers, Cuomo has said from day one that in order to re-open certain areas we will “look at the data and the numbers.”

And the Mayo family is done waiting around.

They have some football to play this fall.