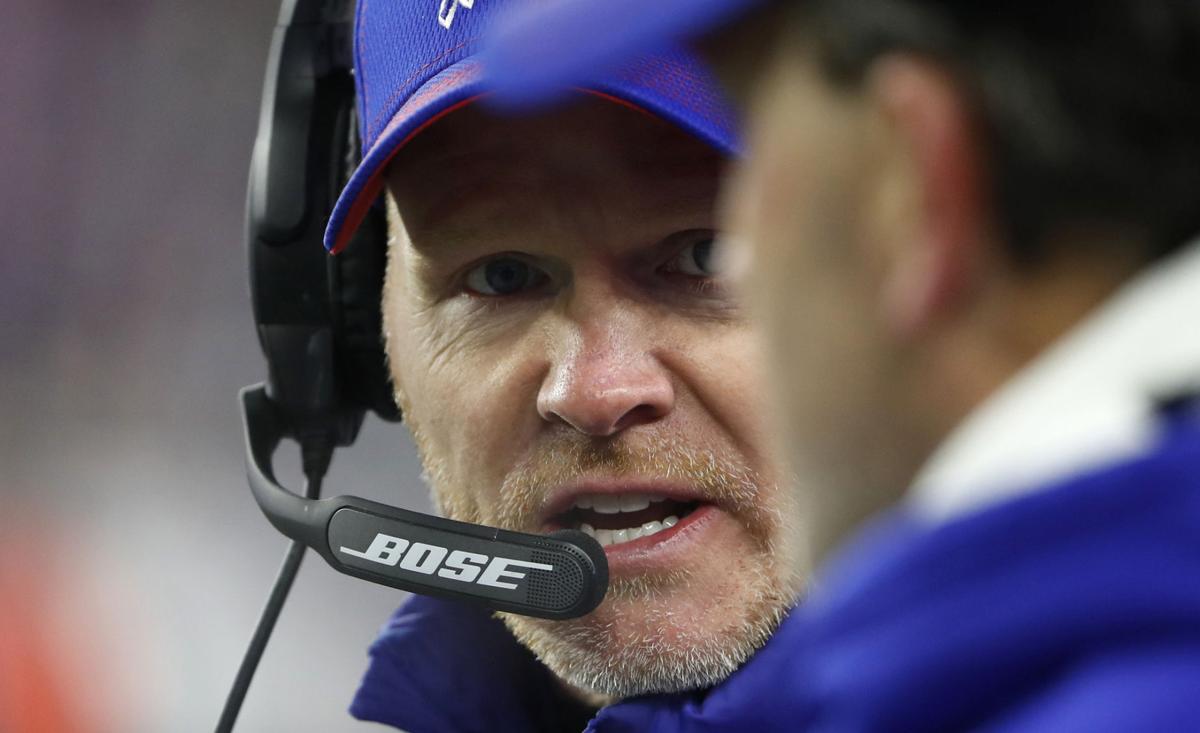 Winslow Townson/USA TODAY Sports Bills’ head coach Sean McDermott says he is worried about the timing of the Bills’ pass game due to the extended period of social distance. 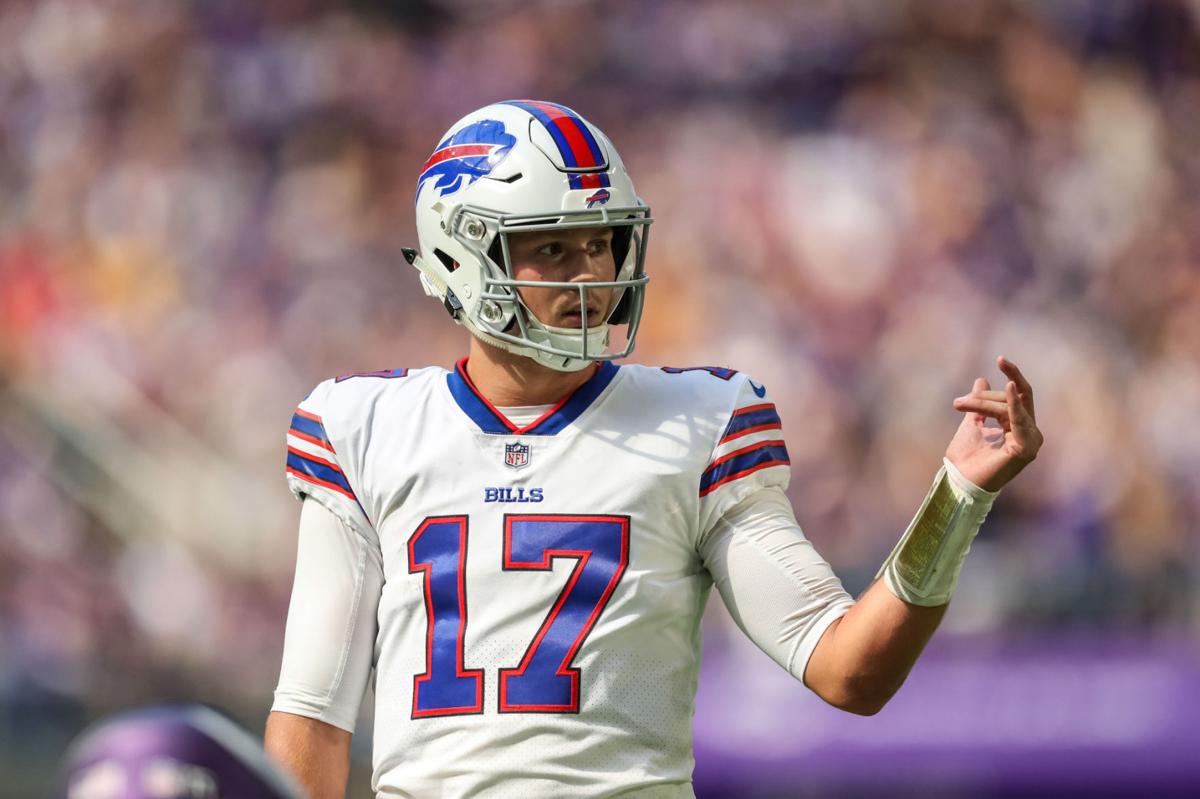 Brace Hemmelgarn/USA TODAY Sports Josh Allen has a tall task in front of him in preparation for his third season under center, as the coronavirus has eliminated offseason time usually spent gaining a rapport with his receivers. 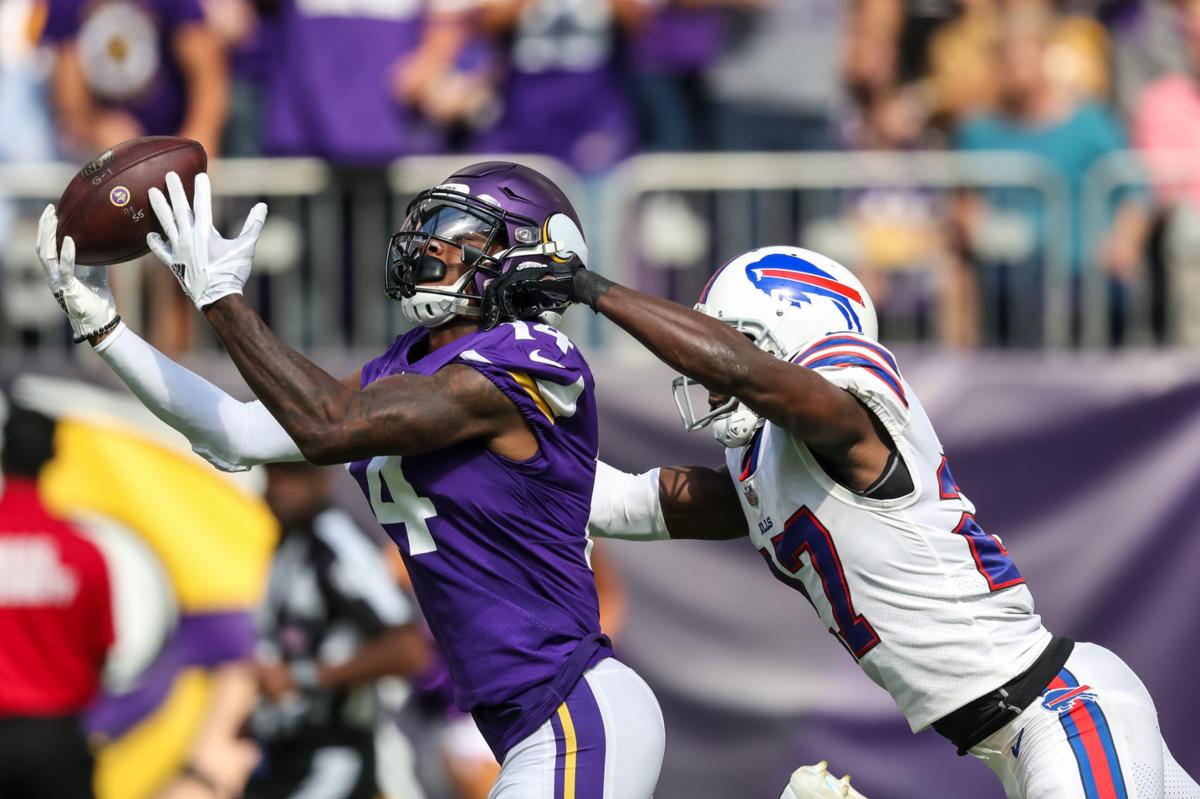 Winslow Townson/USA TODAY Sports Bills’ head coach Sean McDermott says he is worried about the timing of the Bills’ pass game due to the extended period of social distance.

Brace Hemmelgarn/USA TODAY Sports Josh Allen has a tall task in front of him in preparation for his third season under center, as the coronavirus has eliminated offseason time usually spent gaining a rapport with his receivers.

ORCHARD PARK — One of the drawbacks for NFL teams during the current health crisis has been the lack of physical interaction between new teammates.

For the Bills, effective communication between newly added wide receiver Stefon Diggs and starting quarterback Josh Allen has been a concern, but the team is doing all they can to help create a sense of chemistry between the two no matter how distant they may be.

“I am concerned about it, but I guess I’m not worried at this point,” said Bills’ head coach Sean McDermott. “There’s challenges for everyone, right? What you do is you try and find ways to adjust. Our theme this offseason has been find a way.”

It will be vital for Diggs and Allen to find a way to gain any semblance of chemistry in preparation for whatever season may await them down the road, as the Bills’ new top-duo bear the responsibility of carrying the team’s pass game to a new level.

Although much of the responsibility of fulfilling that task will be heaped upon the Bills’ quarterback and his new top-target, McDermott says it’s also the responsiibility of the Bills’ coaching staff to do what they can to place the two, and the Bills’ passing game as a whole in position to succeed despite the difficult circumstances.

“I think that we’ll have to do a really good job with our practice plans,” said McDermott. “Making sure that we’ve got enough of that scripted so we can get those two on the same page.”

With that being said, McDermott remains unsettled when it comes to the rapport between Allen and his receivers. As time continues to pass and teams remain apart, the time the Bills typically use to perfect the timing between quarterback and pass catcher continues to waste away.

“If you look at how we shape our offseason, we usually spend about 70 percent of our (spring) trying to shape our passing game because there’s no pads on,” said McDermott. “That’s probably the biggest, my biggest, thing we’re missing right now, is that time on task and developing that passing game, and that’s where a lot of timing comes in.”

Through it all, McDermott says he and his players are doing their best to develop a sense of camaraderie, albeit virtually, and in order to do so Bills’ players and coaches have been sharing their own stories during online meetings in hopes of gaining a better sense of ‘team’. And with so many new faces in the fold, that’s important, says McDermott.

“I mean our players this time of year are used to other players sharing their stories, players sharing in some way shape or form in order to help bring our team together,” said McDermott. “We felt like the team or teams that came out of this the most prepared, the most unified would potentially have created a competitive advantage.“

Although virtual meetings have allowed the Bills to take steps toward gaining that competitive advantage while maintaining some sense of normalcy throughout the early stages of their offseason program, they’ve also been forced to get a bit creative in order to keep their players up to speed with their preparation. Much of that creativity has been on the part of strength and conditioning coach Eric Ciano, who McDermott says has made changes to the team’s offseason approach that have allowed the Bills’ staff to keep things fresh and engaging for their players during these trying times.

“(Ciano has) come up with some pretty cool pieces or new pieces to our offseason program,” said McDermott. “(The strength and conditioning staff) has found different ways to reach out to the players to at least establish some sense of accountability in terms of how we know that they’re working out.”

It will take continued creativity for the Bills to remain a step ahead of the competition, and with so many new additions set to play key roles this season, that challenge is just a bit more difficult for McDermott, Allen and company.