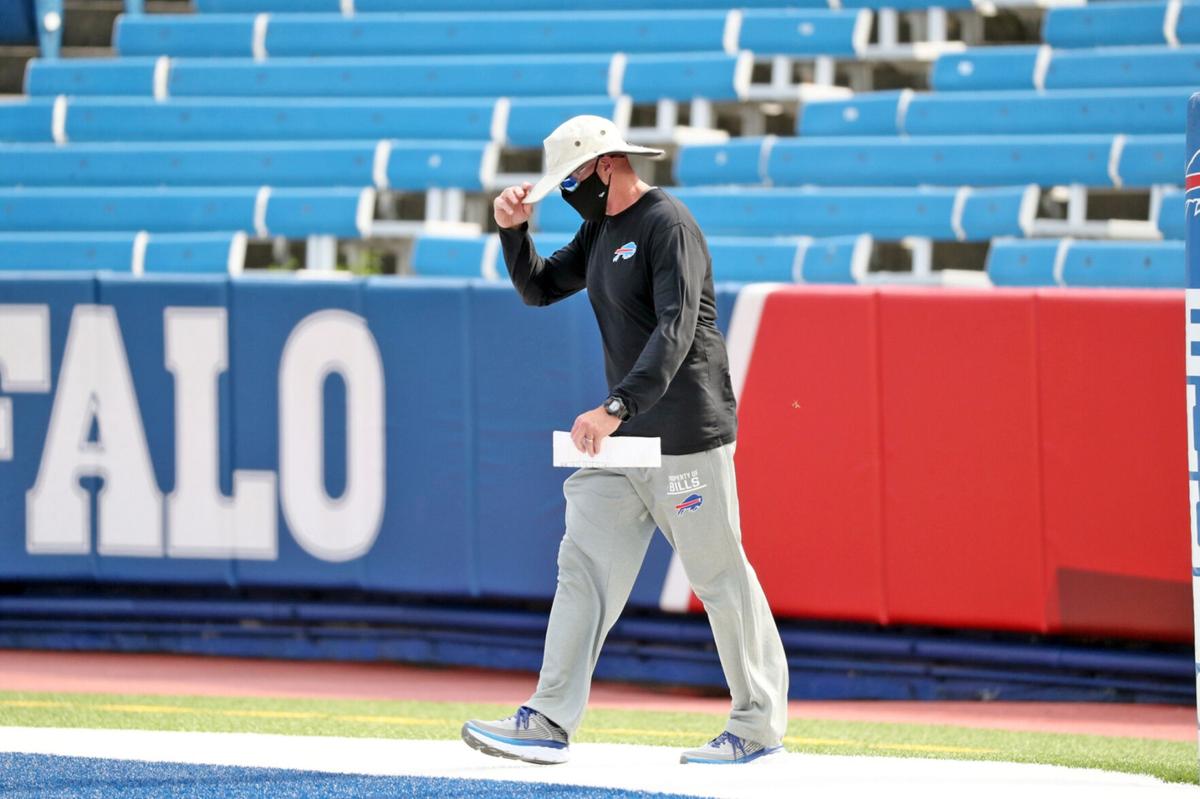 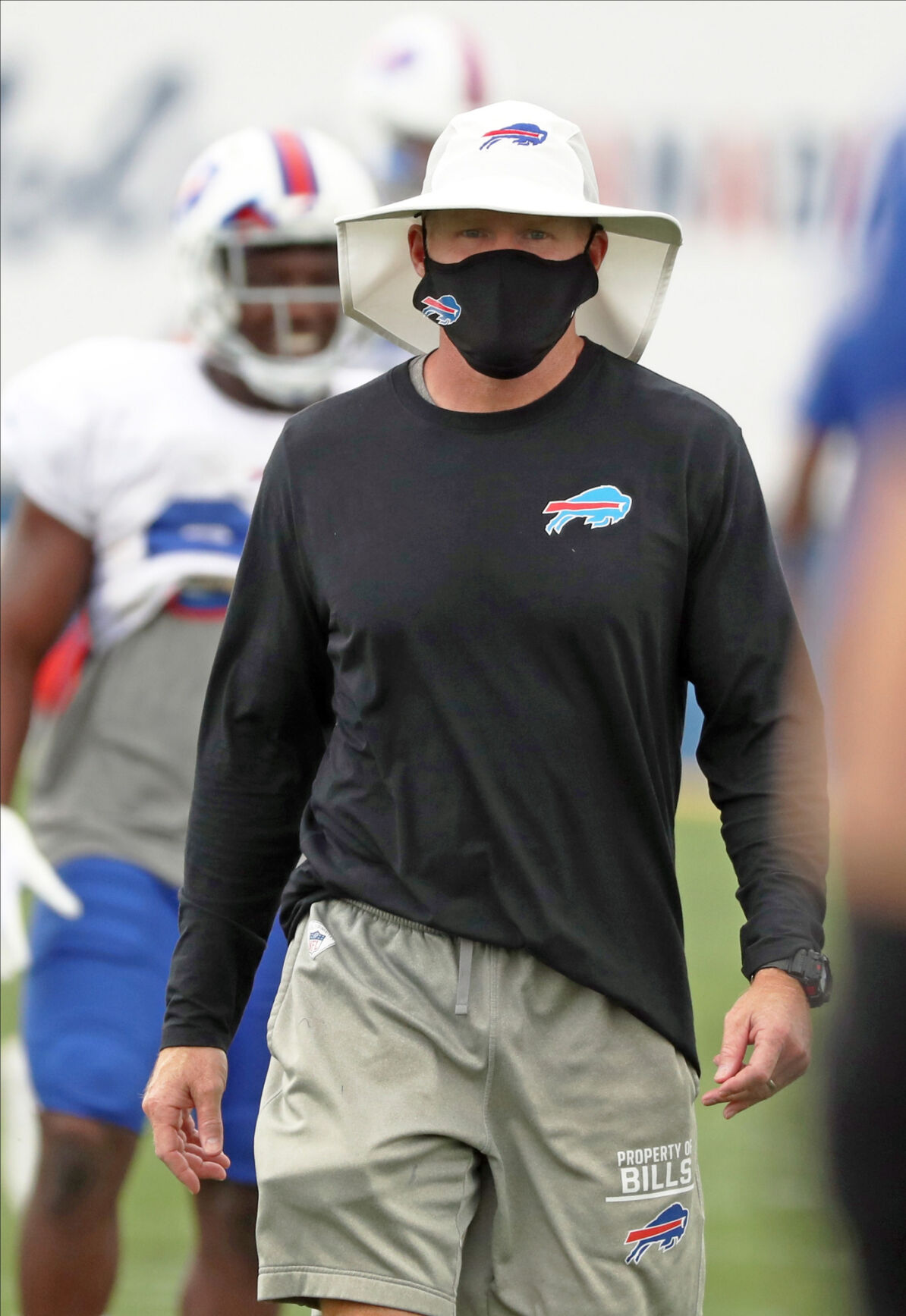 ORCHARD PARK — Bills head coach Sean McDermott met with the media before his team’s first Monday practice of the regular season, and if one thing is certain it’s that McDermott believes his team is ready for the long road ahead.

“I think they’ve worked extremely hard to control the controllable aspects of training camp,” said McDermott about his team’s effort over the last month of the abbreviated preseason. “I am confident in our preparation and I’m confident these guys have worked hard on and off the field. We have a tough week one opponent and we have a long week of work to put in here.”

The Bills will begin the season with the New York Jets this Sunday at Bills Stadium, hoping to get what is expected to be a transformative season off to a solid start. After making a slew of offseason moves, the addition of new No. 1 receiver Stefon Diggs among them, starting the ‘20 regular season on the right foot will be vital for Buffalo. Building the chemistry a team needs to compete for a championship, as many anticipate the Bills will do this season, that chemistry isn’t created over night.

“It’s important every year that you get off to a good start,” added McDermott. “This week being no different.”

In McDermott’s three seasons in Buffalo, the Bills are 2-1 on opening day, including a win over the Jets at MetLife Stadium Week 1 of last season. In both seasons that McDermott has led the Bills to the playoffs (‘17, ‘19) they have won their Week 1 matchup. In ‘18, the Bills lost to the Baltimore Ravens 47-3, setting the stage for a 6-10 season and a last-place finish in the AFC East.

This season the Jets come in as a team with low expectations on both sides of the ball, especially defensively where they’ve lost their top linebacker C.J. Mosley who opted-out of the ‘20 season, and All-Pro safety Jamal Adams who forced a trade during the offseason. Also, there has been a reported disconnect between head coach Adam Gase and former two-time All-Pro running back Le’Veon Bell, although Bell has come out and said all is well between him and Gase.

By all accounts, the Jets will provide the Bills with a great opportunity to find success in Week 1.

With that said, McDermott understands that this season is as different as any NFL season before it and what he sees from his team in its first game won’t necessarily represent where it will be weeks and months from now.

For McDermott, this week’s focus is simply on the Bills playing their best football as they try to earn a Week 1 win, while still knowing they will have a long season of growth in front of them.

“There will be continued adjustments throughout the year in developing our football team, (whether it be) fundamentals, schematics, or situational football,” said McDermott. “It’s an ongoing effort like it always is. Our guys have embraced that since the start of training camp and I’m proud of it.”

Expectations surrounding the Bills have changed this season, which will make a loss to the Jets in Week 1 just short of catastrophic in the minds of the fan base - and McDermott seems to be aware of that. However, according to the Bills head coach nothing has changed in terms of his team’s mentality this year, as he maintains that the goals his team has set for itself remain lofty, as they’ve been over the past three seasons.

“No one has higher expectations than I do of myself or our team does of itself,” said McDermott. “Whether we are the hunter or hunted - that’s for you guys (the media) to narrate. We are going to do our best to have a good week of practice to get ready for a team that is talented and had a great end of the season (last year).”

Now, while McDermott’s praise of the Jets seems a bit embellished, as by all accounts this is a team nearing total disarray, the point is well-taken as in the NFL almost any team can win on any given Sunday.

“The best thing we have to do is play our best football as we continue to grow and develop,” concluded McDermott. “That’s our job to continue to develop this team, continue to work hard this week as we have done (throughout camp).”

A team’s preparation will become more important than ever during this, what is a pandemic-stricken season. For the Bills though, things haven’t changed much in terms of what the team has done to prepare for the upcoming year, as it’s always been about trusting the process for McDermott and Buffalo.

The process is just a little bit different this year.