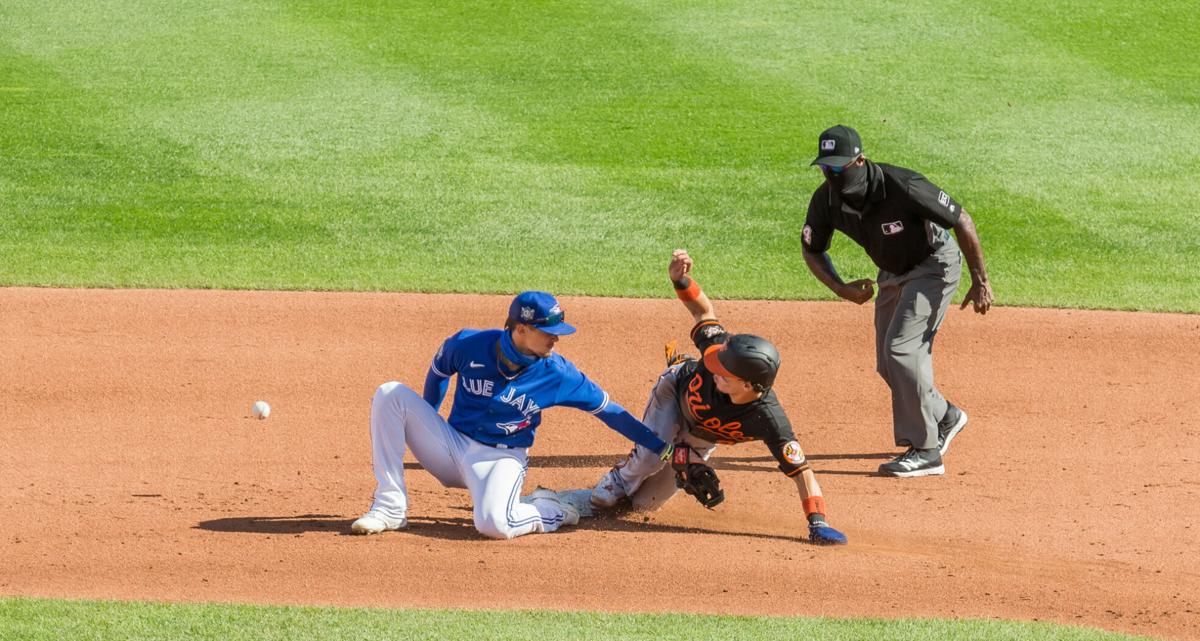 Steve Harrison/For The Daily News Blue Jays’ infielder Cavan Biggio tries to make a play with a runner sliding hard into second base. 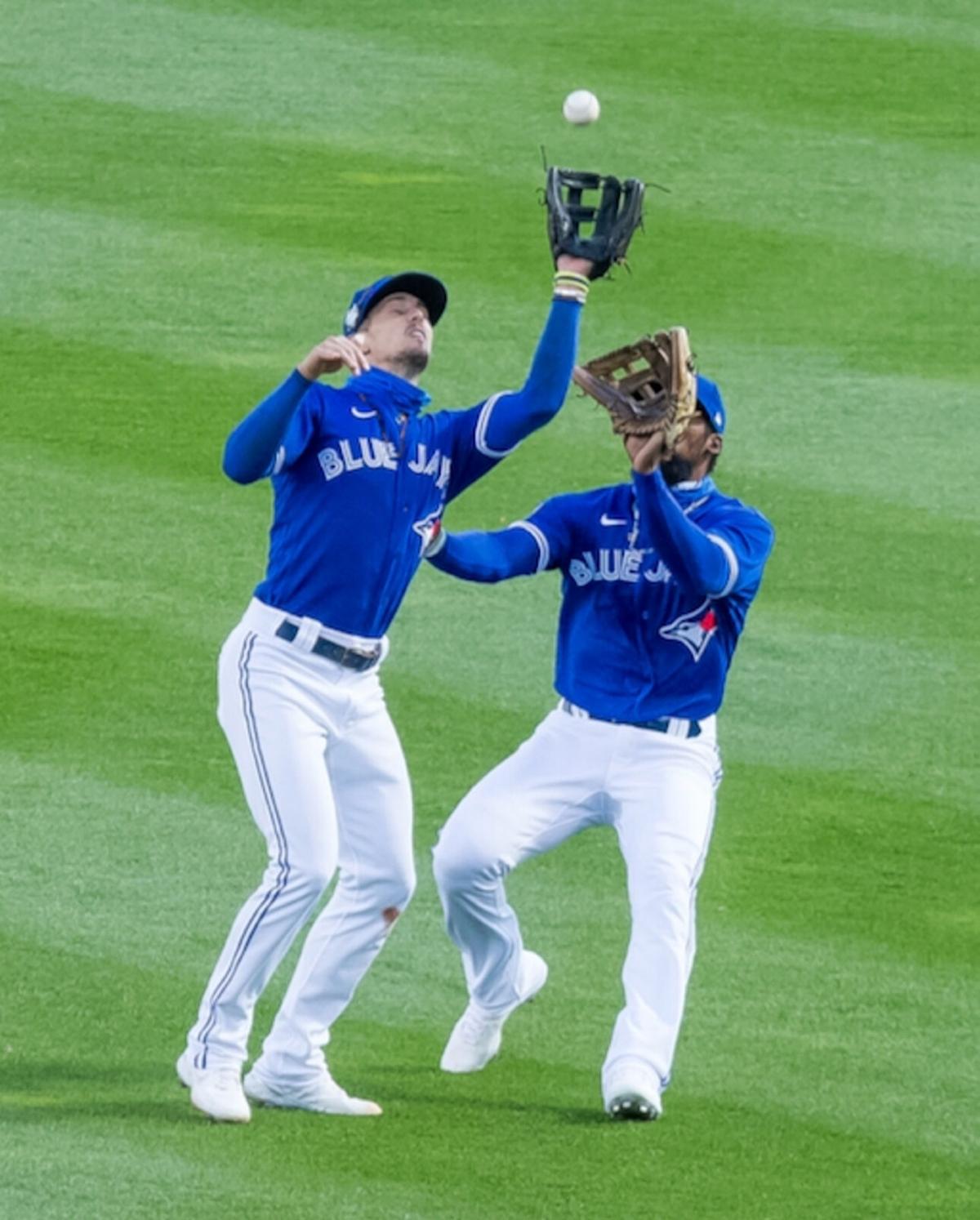 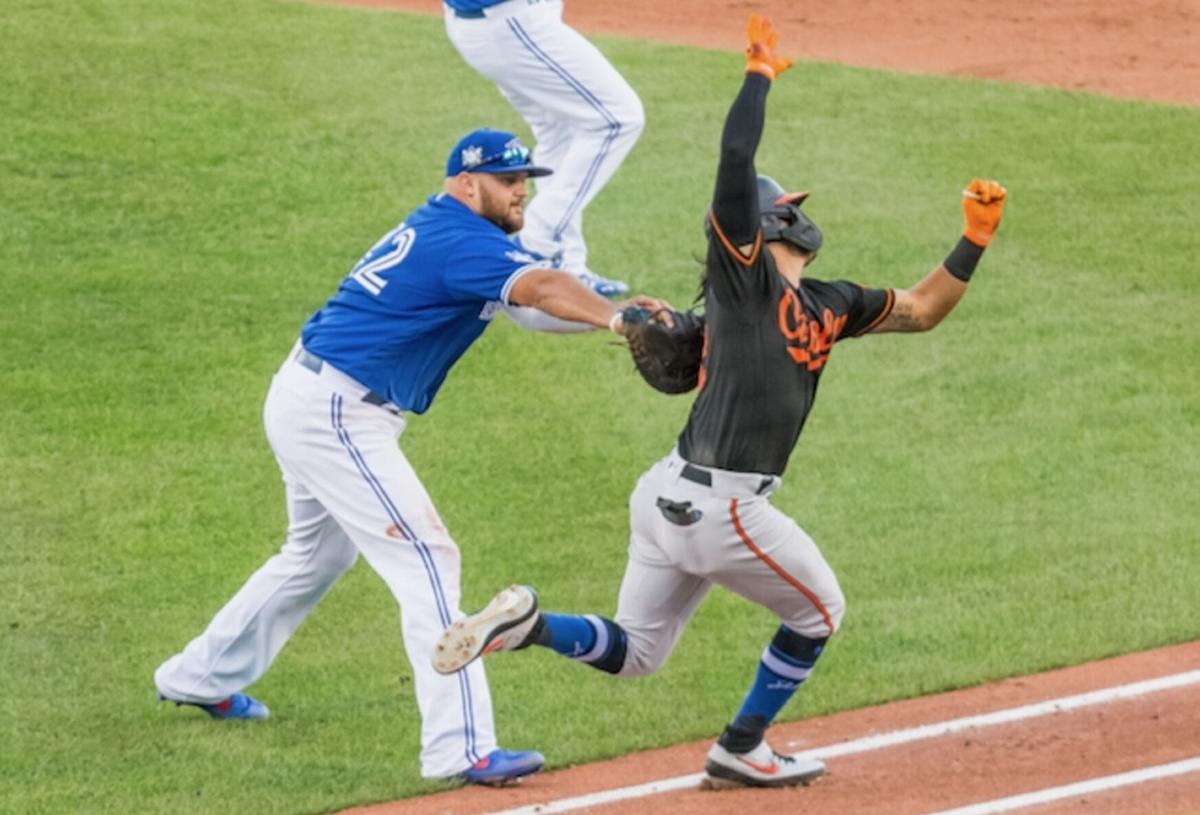 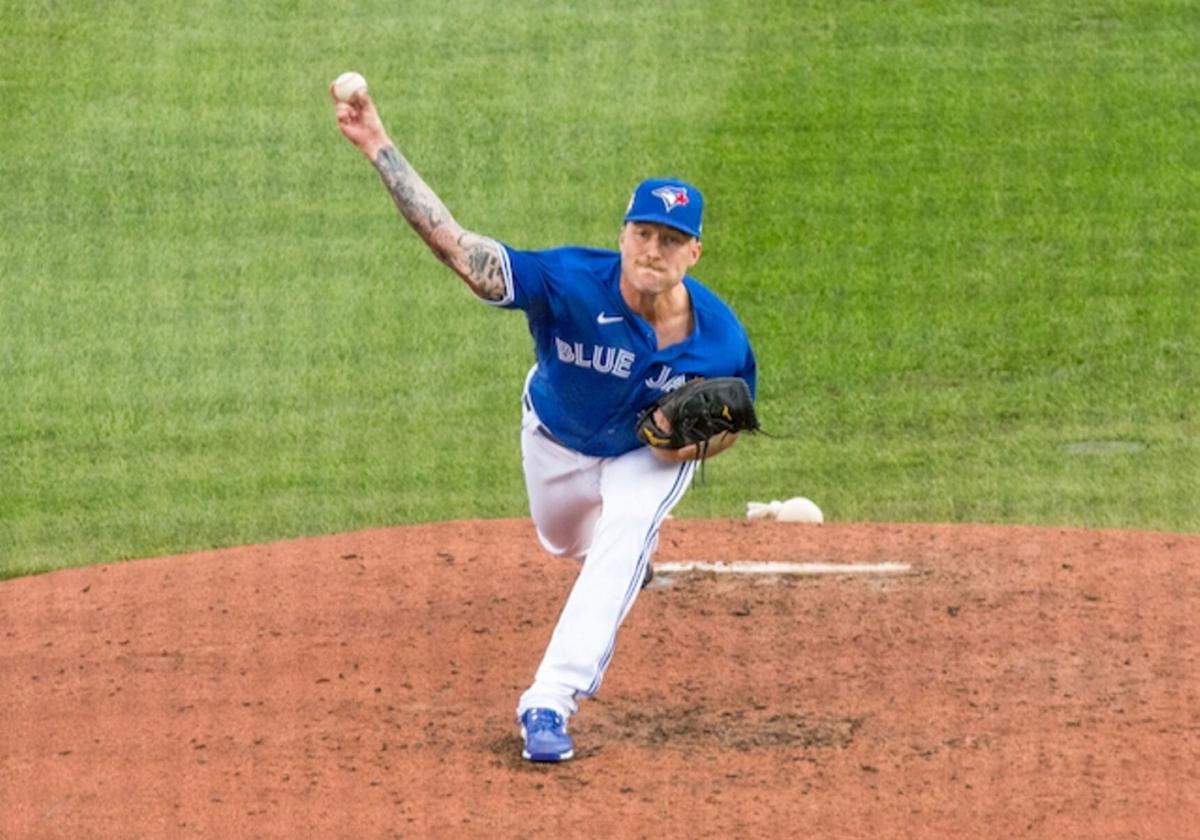 Steve Harrison/For The Daily News Blue Jays’ pitcher Sean Reid-Foley hurls a strike during the Jays matchup with the Orioles on Sunday.

Steve Harrison/For The Daily News Blue Jays’ infielder Cavan Biggio tries to make a play with a runner sliding hard into second base.

Steve Harrison/For The Daily News Blue Jays’ pitcher Sean Reid-Foley hurls a strike during the Jays matchup with the Orioles on Sunday.

BUFFALO — Before the shortened Major League Baseball season began, the Blue Jays were not a team many believed would make a postseason run.

With that said, as the season has progressed, and particularly over the past few weeks, the Jays have transformed many people’s opinions and are now viewed as almost a shoo-in to make the playoffs. While FanGraphs gives them under a two percent chance to win the World Series, at the beginning of play on Monday night Toronto now has a near 75 percent chance to get into the postseason tournament.

To ensure that possibility turns into reality, the Jays have made several moves over the last two weeks to help sure-up a few positions which have been hampered by injury, including the team’s starting rotation.

“I think really in spring training we knew that if this team played to their capability, or even close to it that we would be in position to make the major league group better, deeper and more effective,” said Jays’ GM Ross Atkins.

Toronto currently has four starting pitchers on the injured list, including right-hander Trent Thornton who is on the 60-day IL, along with right-handers Jordan Romano, Matt Shoemaker, and Nate Pearson, who are all on the 10-day IL.

While Romano, Shoemaker, and Pearson are all expected to be back before the end of the regular season, the Jays brought in a few reinforcements over the past few weeks, including right-hander Taijuan Walker who they acquired from the Seattle Mariners, right-hander Ross Stripling from the Los Angeles Dodgers, and left-hander Robbie Ray from the Arizona Diamondbacks. Left-handed reliever Travis Bergen was sent back to Arizona in exchange for Ray, while Stripling and Walker were each exchanged for players to be named later.

“(All three) could be extremely effective as starters and we feel we have a (good) group around them (so) we will see how things will work out,” said Atkins regarding what roles Walker, Ray and Stripling will take on. “Adding those arms that could stabilize us from a starting (standpoint) was important to us.”

Walker was traded to the Jays on Thursday and started and earned the win in Toronto’s matchup against the Baltimore Orioles on Saturday. In the win, Walker hurled six strong innings and allowed four hits and no runs, while striking out four Baltimore batters and walking three.

Stripling and Ray were each acquired hours before Monday’s trade deadline and will likely make their first starts later this week or early next week.

Ray has struggled a bit this season, currently posting a 7.84 ERA through 31 innings pitched.

“Hopefully we can learn from things he was doing (in Arizona) and complement that in some way,” said Atkins about Ray. “I feel like we do have some depth and versatility so we will see as it relates to his role, but ideally we would like to get him back to form (as a starter).”

Stripling has been a touch better than Ray, but difficulties against right handed hitters has led to a sub-par 5.61 ERA through 33.2 innings pitched.

“Ross is a guy who has been reliable, with very good weapons and incredible secondary options,” added Atkins about Stripling. “And he is throwing harder this year.”

In addition to the three arms they added, the Jays also made a few moves to stabilize their offense, including the acquisition of former Seattle Mariners’ All-Star first baseman/designated hitter Daniel Vogelbach, who Toronto acquired last Monday for cash.

Another injury that caused the Jays to squeeze out one more deal before Monday’s deadline was the loss of starting shortstop Bo Bichette a couple of weeks ago. Although Bichette was running sprints, hitting in the batting cage, and fielding ground balls on Saturday, Toronto decided to go out and make a trade with the Miami Marlins for shortstop Jonathan Villar for a player to be named later to provide a bit of insurance at the position.

In 29 games Villar is batting .272 this season with a couple of home runs and nine runs batted in, and while playing a quality shortstop, Villar also is capable of playing other positions in the field as well as the outfield.

“The versatility was very attracitve,” said Atkins about Villar. “Very exciting piece to (add) to the current group.”

Before the beginning of play on Monday night, the Jays sat at 18-15 and just one game back of the Minnesota Twins for the seventh spot in the American League, and one-and-a-half games ahead of the Detroit Tigers for the eighth spot.

“We’ve added to the organization without subtracting too much,” concluded Atkins. “It was gratifying to come together and have some opportunities that we could move on. We were prepared to make decisions that we feel will make our major league team better.”