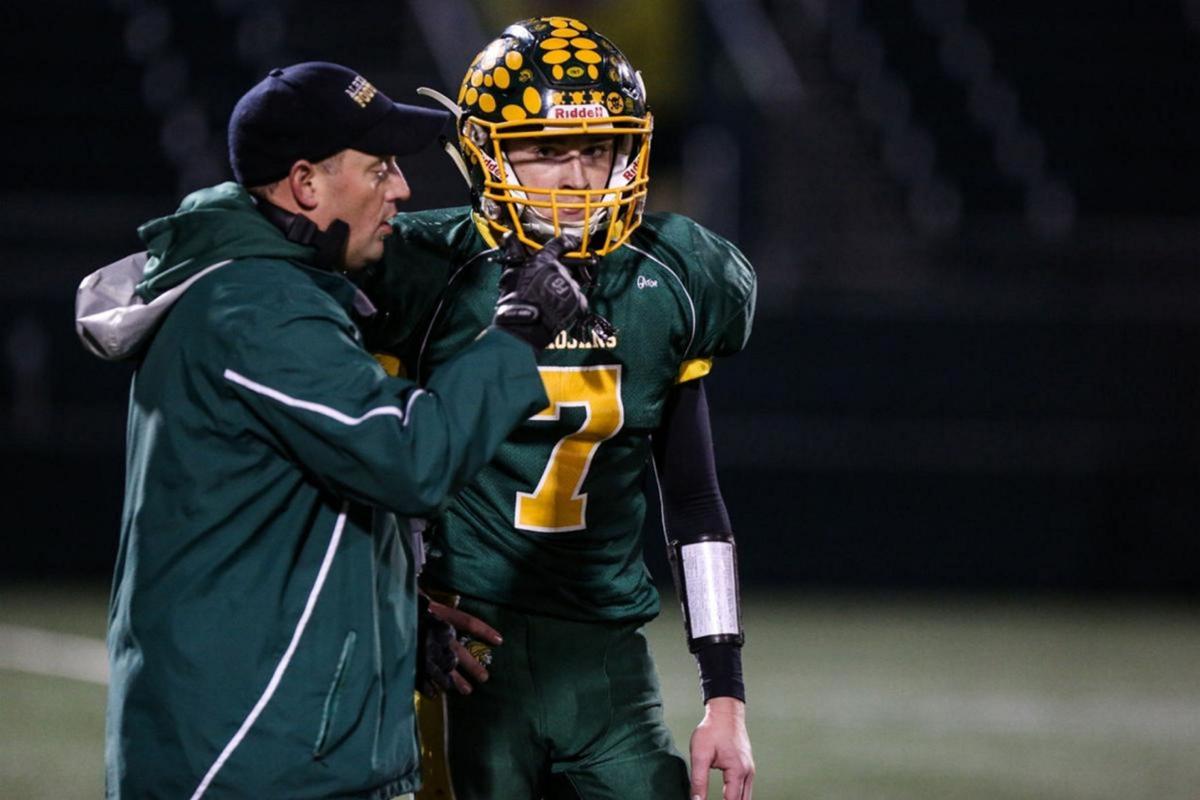 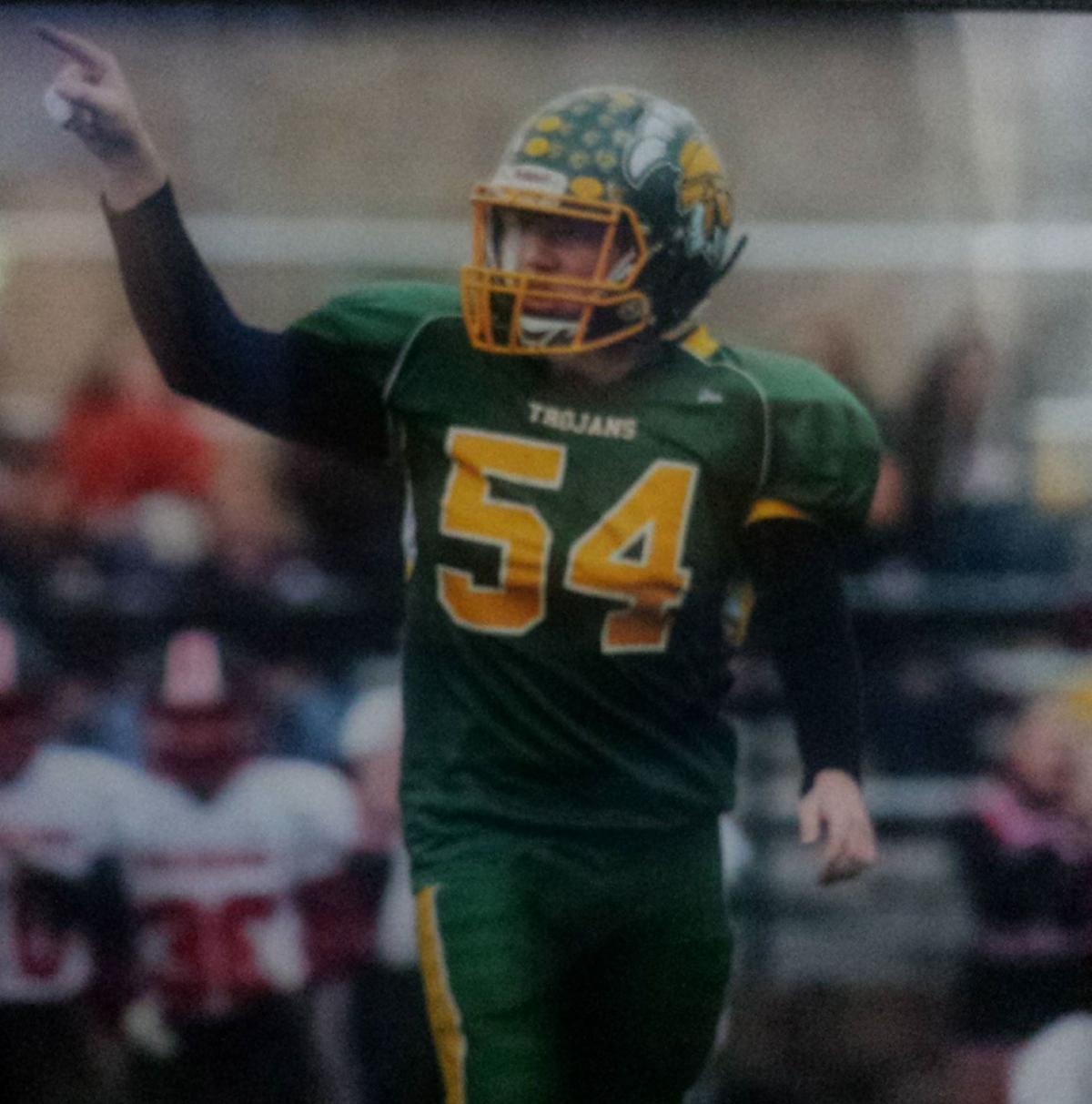 Provided Alexander's Brian West Jr. passed away in the summer of 2017, months after he and his teammates won the 2016 Class D Title.

Provided Alexander's Brian West Jr. passed away in the summer of 2017, months after he and his teammates won the 2016 Class D Title.

ALEXANDER — The range of emotions for the Alexander community during the 2016-2017 school year can be likened to a roller coaster ride. In the fall, the school won its first ever Section V Football title, leading to a celebration the likes of which hasn’t been season in Trojan Country before or since. However, in the summer, tragedy struck when then junior gridder Brian West Jr. passed away tragically before entering his senior year.

Here is the story of a year that will forever be remembered in one of the smallest, close-knit communities in the country.

Before the regular season even started, the 2016 Alexander football team had one goal in mind.

“We’re ready to win,” said Alexander’s then-senior running back Dane Heberlein in an interview with Batavia’s Best at preseason training camp. “This program is ready to win.”

Wiith 15 seniors, and a load of young talent to complement that group of veterans, the Trojans knew how good they were and expected to challenge for a league title, and beyond.

“We absolutely have the right to come out here and expect to be competitive,” said Alexander head coach Tim Sawyer. “We’re approaching every week as if we have a chance to win that football game.”

This was no rebuilding year for the small-town Trojans, but in fact, this was a year in which they anticipated success.

Following a 45-15 drubbing of Notre Dame in Week 1, Alexander went into a Week 2 rivalry matchup with neighboring foe Attica at 1-0, but knew they would be facing as big of a test as they would all year when they met the Blue Devils. Before Section V’s federation scheduling changed things, the Alexander-Attica game played a major role in deciding the GR League Champion year-in and year-out, and 2016 was no different.

“They were a pretty good football team that year as well,” recalled Sawyer about the Blue Devils. “There was no David vs. Goliath story that night. It was, we’re going to do it together, stick together, love the guy next to you and I just remember these kids looking back at me with belief in their eyes.”

Equipped with a load of seniors that had fallen to Attica in each of the past two seasons, it was time for the Trojans to put up or shut up, as the Week 2 matchup with their longtime rival would likely decide their fate.

In what can only be described as a defensive slugfest, the Trojans got the better of the Blue Devils on what was a mild Friday night in September, needing only two scores to silence their rivals, 14-6. The win propelled Alexander to 2-0 for the first time in three years.

“This is the biggest game of the year,” said Alexander’s then-senior lineman Josh Hylkema after the game. “You can throw a stone to our school five minutes down the road. There is no bigger rivalry than this for us.”

Little did the Trojans know that the win over Attica, although it came in just the second week of the season, would spark their first-ever march to a championship.

Following the win over their hated rival, Alexander went on to rip-off seven more wins in a row, including five-straight to end a regular season in which they outscored their opponents 289-42. Their seven regular season wins included three shutouts which came by a combined 141-0.

A 50-0 shellacking of Lyons kicked off the Trojans’ playoff run, which was then followed up by a 34-13 dismantling of Bolivar-Richburg in the Class D Semifinal.

Awaiting Alexander in the title game was another rival, this time from outside of the Genesee Region League, as Clyde-Savannah, a team that had beaten Alexander in the Class D Championship just three seasons before, came into the ‘16 title game as a favorite to knock off the Trojans once again.

In 2016, as were the Trojans, the Golden Eagles were as experienced a team as you would find in Section V. 17 upperclassmen filled the C-S roster that year, along with a strong junior class which included running back Derrick Chance, who was awarded Most Outstanding Offensive Back of the Game in the ‘16 title game.

In short, Alexander was up against a juggernaut as they walked through the gates at Rhinos Stadium in the city of Rochester, as Clyde-Savannah wasn’t just a titan that season, but in many seasons past as well. This was a program that came in as winners of 14 Section V Titles, their most-recent coming in 2013.

If Alexander-Attica wasn’t a David vs. Goliath matchup in Week 2, what was now in front of the Trojans was as close to that storyline as you were going to find during that year, or any year’s Section V Football Championship weekend.

In spite of that fact, Alexander, a team that looked like anything but one that had never won a Section V Football title, came out firing on a cold November night on the turf.

An opening drive touchdown run from then senior quarterback P.J. Brennan kicked things off for the Trojans, who never looked back on their way to a 19-6 victory, and their first ever Section V ‘block’. Brennan, the 2016 Class D Offensive Player of the Year, won MVP in Alexander’s championship win after accounting for all three of his team’s touchdowns.

The Eagles put together a solid drive on the ensuing possession following the Trojans’ score, but one of six turnovers caused by the Alexander defense ended the threat, as then junior defensive back Chris McClinic picked off a pass at the Trojans’ 30-yard line. Although the Eagles’ offense would go on to amass over 350 total yards for the game, five interceptions and a fumble led to its eventual demise. Three of Alexander’s interceptions were grabbed by then senior linebacker Derrick Busch, who led a Trojans’ defense , which had allowed one touchdown or less for the seventh time in 10 games.

“Our coach is really smart and he just puts us in the best situations,” said Busch after the game to Daily News’ reporter Nate Rider. “When they started keying on one coverage we switched to another and we kept them confused the entire game.”

Coach Sawyer also gave credit to his massive defensive line for producing pressure which led to an incredibly lopsided turnover battle in the title game.

“Between (seniors Dustin Schmeider and Josh Hylkema, and junior Erik Scharlau) with a three-man line we get a lot of pressure and we get the quarterback off his mark,” said Sawyer to Rider after the game. “And I think they definitely forced a lot of those bad throws.”

Alexander’s defensive front finished that night with 10 tackles for a loss to go along with five sacks, and the win.

“It was a great feeling,” recalled Sawyer. “A great season, a great team. Clyde was probably the favored team that night, but we played really good defense and did enough offensively and won our first sectional championship.”

In spite of the six turnovers, the five sacks, and the MVP performance from Brennan, Sawyer says the key to his team’s win that night was simple.

“We didn’t play with fear in our hearts that night - we weren’t playing scared,” said the Trojans’ head coach. “We were the team we knew we could be. To this day it remains a very special night.”

Coming off of such an incredible victory, a celebration ensued that seemed to last through the early summer months. It was the first time the Trojans were able to celebrate a moment such as this for their beloved football team - a team that had never quite been good enough, until that night in November.

With that being said, what came next for the Alexander community was a tragedy, as a member of the 2016 championship squad, junior lineman Brian West Jr. passed away tragically in July of 2017.

A moment of triumph followed so suddenly by a moment of such great devastation, for a community where everybody knows not only your name, but your story.

For West Jr., his junior football season wasn’t an easy one, as he began the season with an ankle injury which limited him throughout the year, and he was also forced to endure the passing of his grandfather prior to Week 2 of the regular season. Watching one of his players battle through such adversity and then to see things end so tragically was difficult for Coach Sawyer, but he chooses to look back positively upon his time spent with West Jr..

“I choose to be thankful for knowing him, working with him, coaching him, watching him grow up and the successes we had on the field,” said Sawyer. “Thank god he had that life experience. Thank god that he experienced that with his teammates and his teammates were able to experience it with him.”

West Jr.’s story provides a bit of perspective for Sawyer.

“No one should take anything for granted, let’s find the good in every day and the good in the people around us,” said the Trojans’ head coach. “Find the value in the relationships that we form. As a brother, sister, father, son, teacher, student-athlete - we have to make it count. You assume you’re young and healthy and you have your whole life ahead of you, but I think we have to live in the moment. We have to appreciate the process, appreciate the struggle and appreciate the victories.”

The memory of that 2016 championship team, along with its fallen teammate, West Jr., will never be forgotten in the land of green and gold.

An underdog story is supposed to end with one reaching the climax, attaining a goal, or ascending to the mountain top, rather than devastation.

With that being said, although this underdog claimed the ultimate goal, the true prize obtained by that 2016 team lies in the experiences they shared with a teammate who, although passed away far too soon, is one who still lives in the hearts and minds of many to this day.