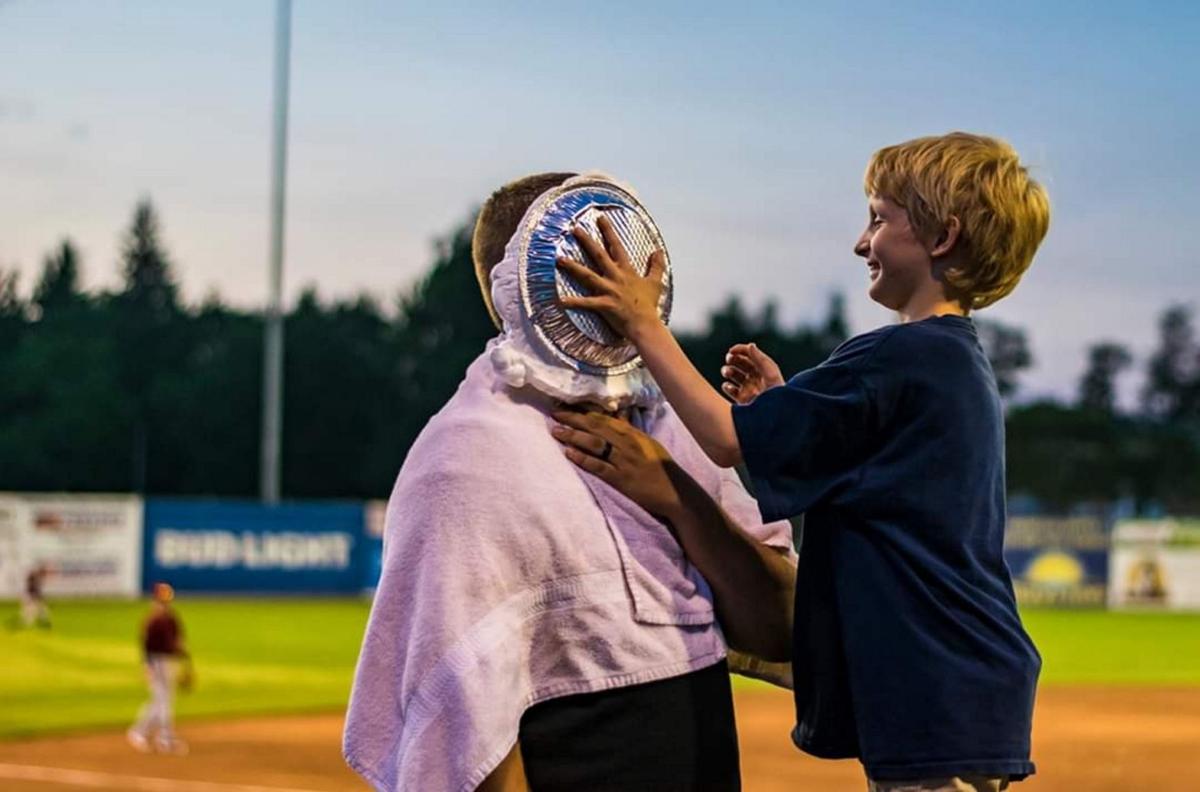 ProvidedFormer Batavia Muckdogs GM Travis Sick (left) gets a pie in the face during a Muckdogs promotion called ”Pie an Intern.” On bigger nights (Opening Day, Friday Fireworks, Fourth of July), Sick would be the one to take the shaving cream pie from a fan. “I have been hit in the face with an untold amount over the years,” Sick said. 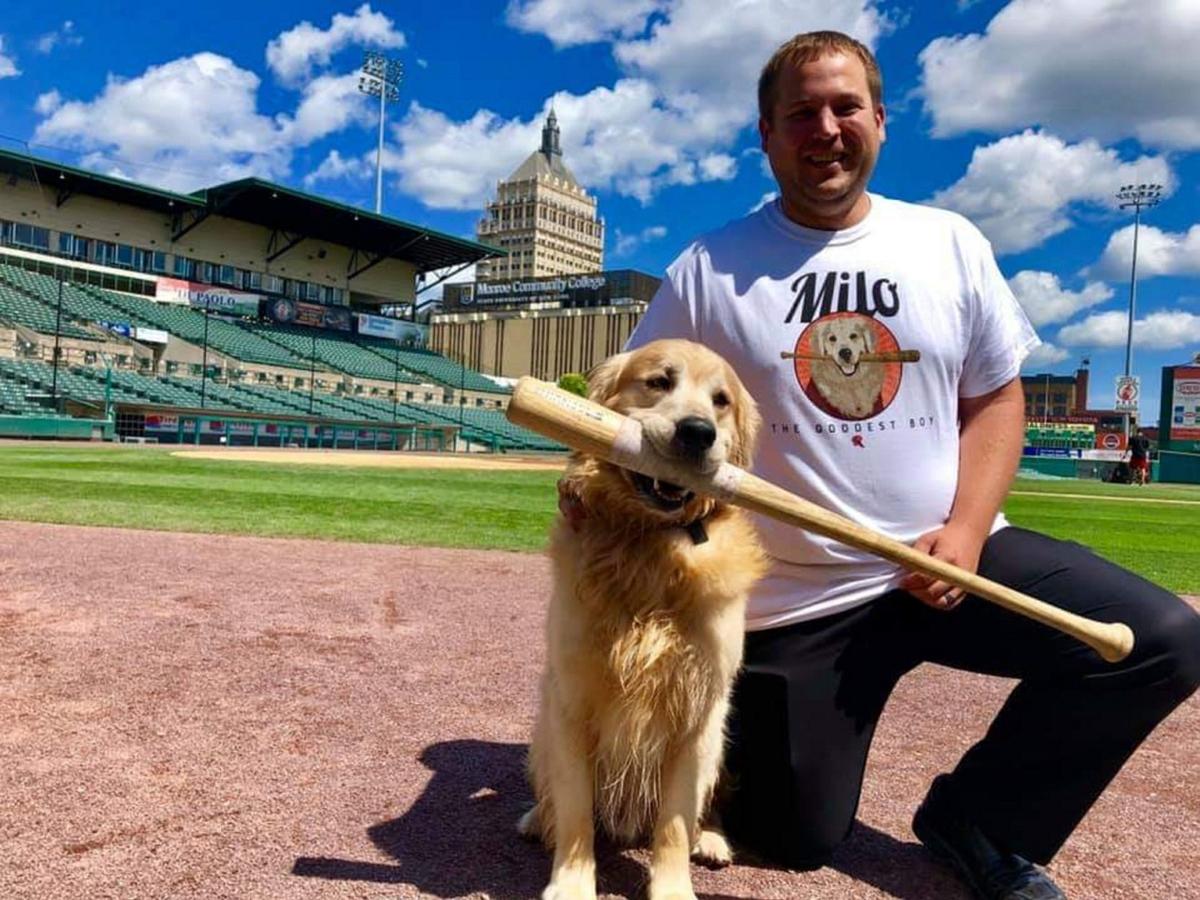 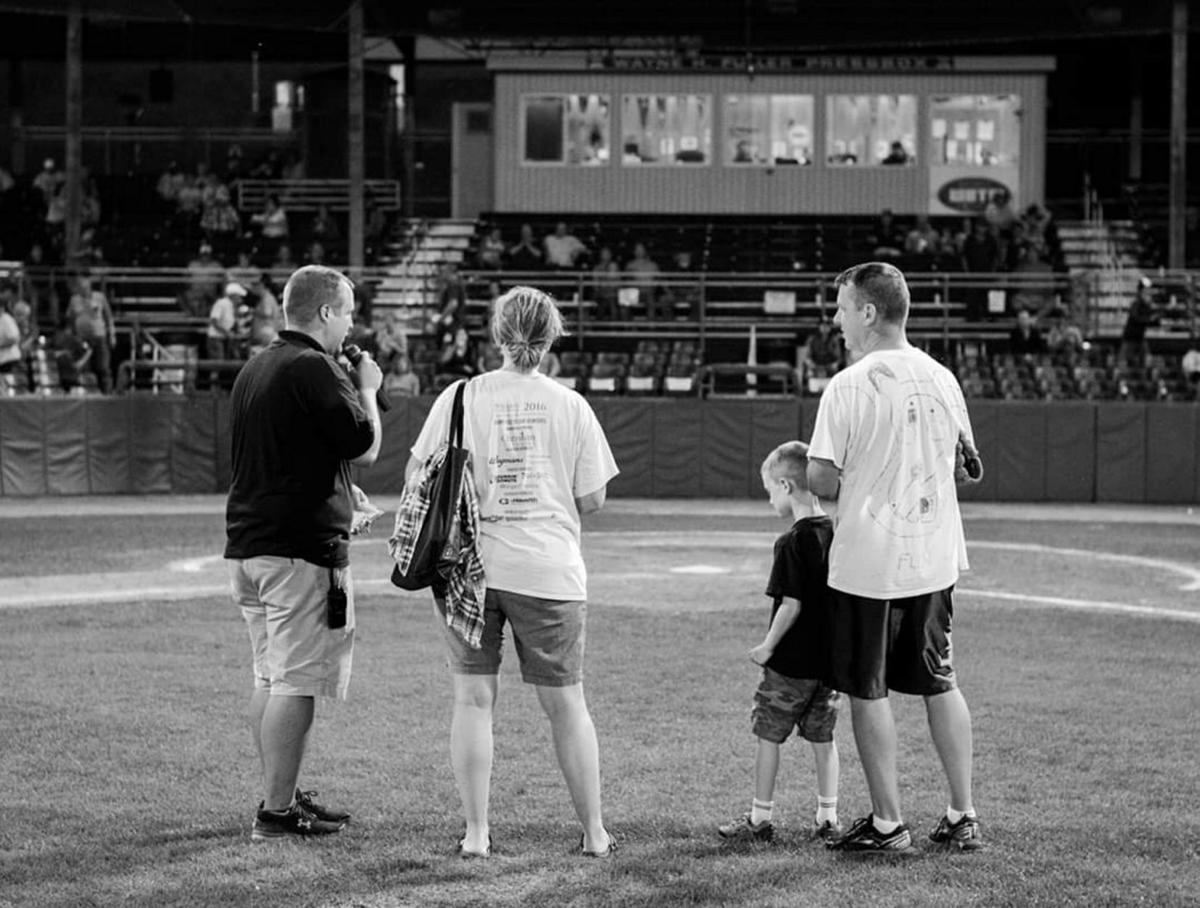 ProvidedFormer Batavia Muckdogs GM Travis Sick (left) gets a pie in the face during a Muckdogs promotion called ”Pie an Intern.” On bigger nights (Opening Day, Friday Fireworks, Fourth of July), Sick would be the one to take the shaving cream pie from a fan. “I have been hit in the face with an untold amount over the years,” Sick said.

BATAVIA — Travis Sick has been moving up the MILB ladder.

But it has been the journey he will never forget.

Sick is the former Batavia Muckdogs’ GM and current Director of Game Day Operations and Special Events for the Rochester Red Wings at Frontier Field.

He joined the Wings in 2018, after spending the previous 10 years as the General Manager of the Batavia Muckdogs.

The Wayland-Cohocton graduate says he enjoyed his tenure with the Muckdogs which ran from 2008 through 2017.

During his tenure, Sick had many hats he wore with the Muckdogs.

“I was the Director of Ticket Operations for my first season (2008) and was the General Manager for the remaining nine years,” Sick said. “I oversaw and helped run the day-to-day operations of the ball club. Everything from sponsorship and ticket sales, food and beverage, stadium operations, working with our Major League affiliates, team travel, merchandise, promotions, and much more. As a full time, year round staff of one, I wore many different hats, learned a lot and had a ton of fun along the way.”

The St. John Fisher Management and Business Management graduate loved his experience with Batavia and took many fond memories with him to his current office at Frontier Field with him still today.

“I have so many great memories of my time in Batavia,” Sick said. “Winning the NY-Penn League Championship in 2008 obviously comes to mind. Opening Day every year was always special to me. Dedicating the press box to the legend, and my friend, Wayne Fuller was a great moment that I will always remember. The three-game home series with the Staten Island Yankees where Cito Culver came to town and we had 2,000-plus fans in the stands all three nights. Being part of the team that helped bring Triple-A baseball to Batavia for a few games in 2012 when the Scranton/Wilkes-Barre Yankees’ stadium was being renovated for the whole season. Leading a packed crowd in the singing of Sweet Caroline. Getting hit in the face with countless shaving creams pies on top of the dugout. All the friendships I made along the way, whether that was with season ticket holders, clients, game day staff or front office members. But what I will always cherish is all the memories and fun times we helped make and create for the community during my 10 years with the Muckdogs.”

Sick also kept an eye on several of the former players that came through Dwyer Stadium during his tenure.

“Besides Dean, none of those guys played in the big leagues but they were great guys who I really got along with,” Sick said. “These were players that stick out to me, mainly because of how kind they were to the fans and to the front office.

“I’d also like to give a special shout out to all the managers I worked with along the way. They always treated me with respect and kindness. I still consider them friends to this day. They are Mark DeJohn, Dann Bilardello, Angel Espada and Mike Jacobs.”

While the Muckdogs had a bit of a dry spell after their championship in 2008, last year’s 2019 run to the NYP semifinals was something Sick enjoyed reading about in The Daily News.

“I was very happy for all the diehard fans that they got to finally see a winning team after so many down years,” he said.

Sick, like most fans of the Muckdogs, the NY-Penn League’s only original organization from its inception, is extremely sad to hear the news of the elimination from the MLB to downsize their minor league affiliates, including the Short Season, will always have a special place in his heart for Dwyer Stadium.

And his memories will last a lifetime.

“Dwyer Stadium will always be special to me,” Sick said. “It’s a no frills, throwback baseball stadium where there is truly not a bad seat in the house. What it lacks in amenities, it makes up in character. It certainly caused me a lot of stress and certainly had its fair share of quirks. With it’s outfield wall that seemed to fall down every winter. It’s peeling paint and uneven concourse that always filled with puddles that had to be squeegeed every time it rained. A sound system that we patched together and a scoreboard that we would fix and change light bulbs on, just for another set to go out right when we returned the lift. And clubhouse air conditioning that would always seem to break in the middle of a six-game homestand in August. But those are the things that made it so unique and special to me. A true labor of love. It’s a place that holds so many amazing moments and memories for me. A place I was proud to go to work at for the 10 years I was there.”