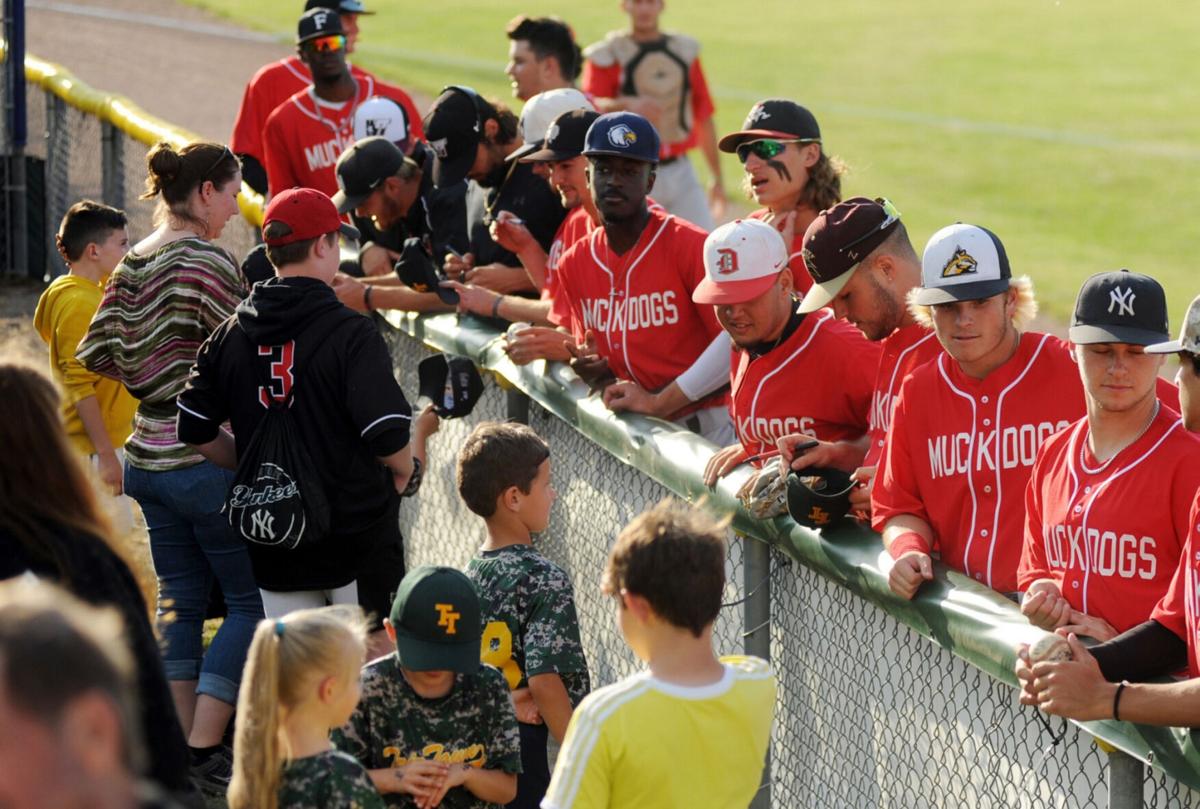 Baseball fans gather on the third base side of Dwyer Stadium to meet the 2021 Batavia Muckdogs baseball players prior to the start of a game this summer. This year’s Muckdogs featured college-level players playing in the Perfect Game Collegiate Baseball League. 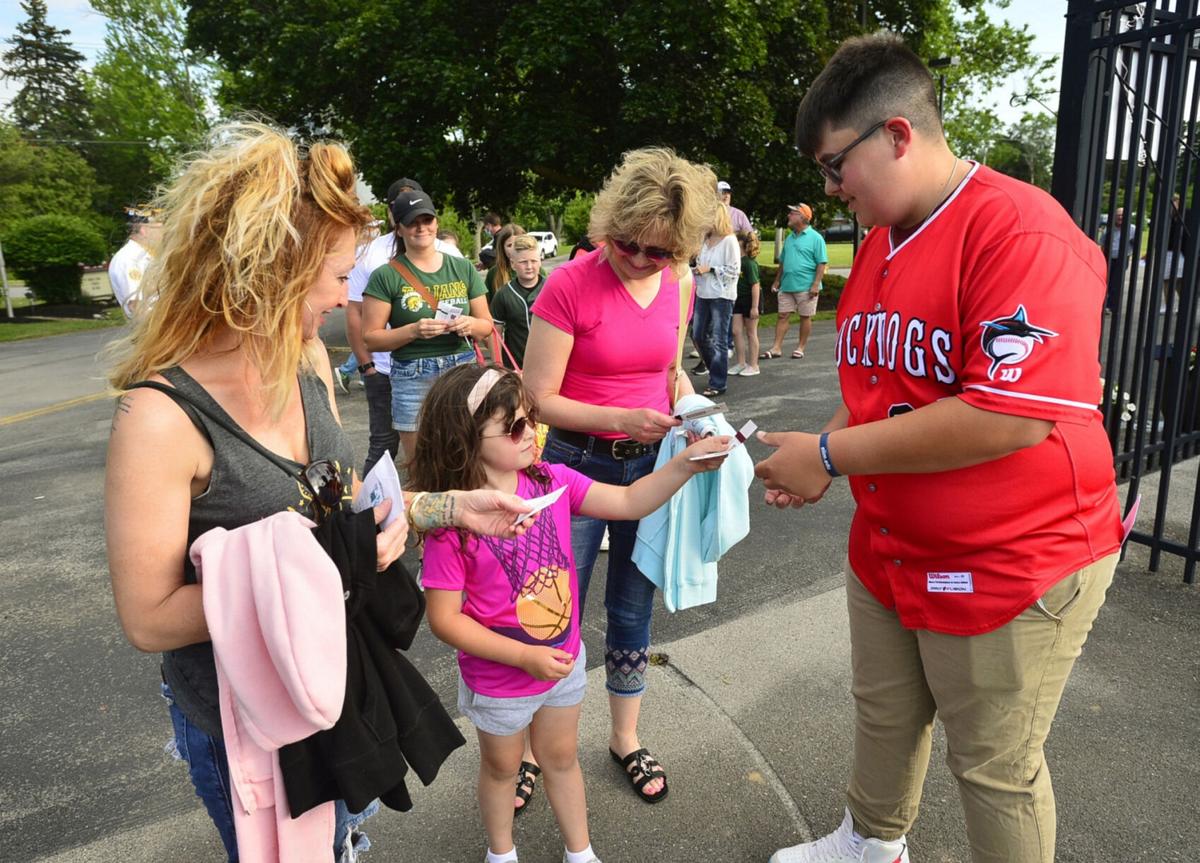 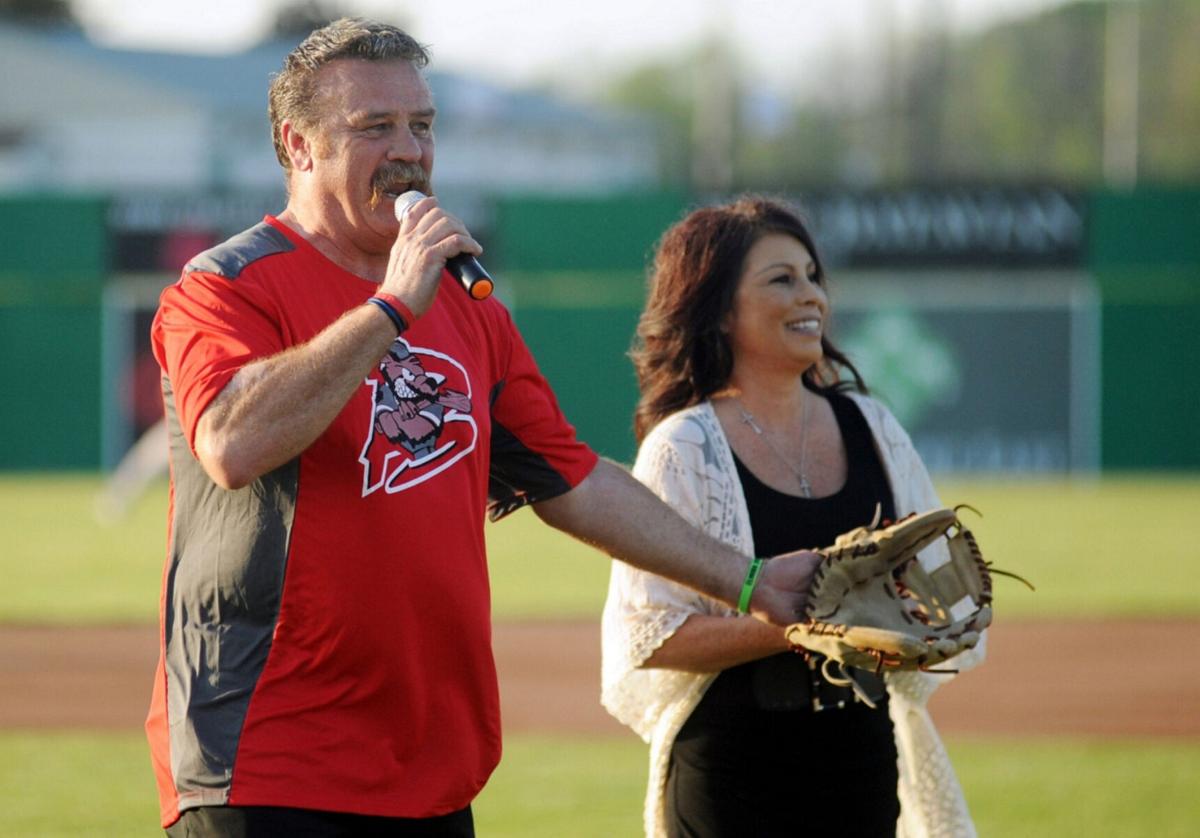 Mark Gutman/Daily News File Photograph Robbie Nichols and his wife welcome all the fans to Dwyer Stadium for the Batavia Muckdogs home opener. 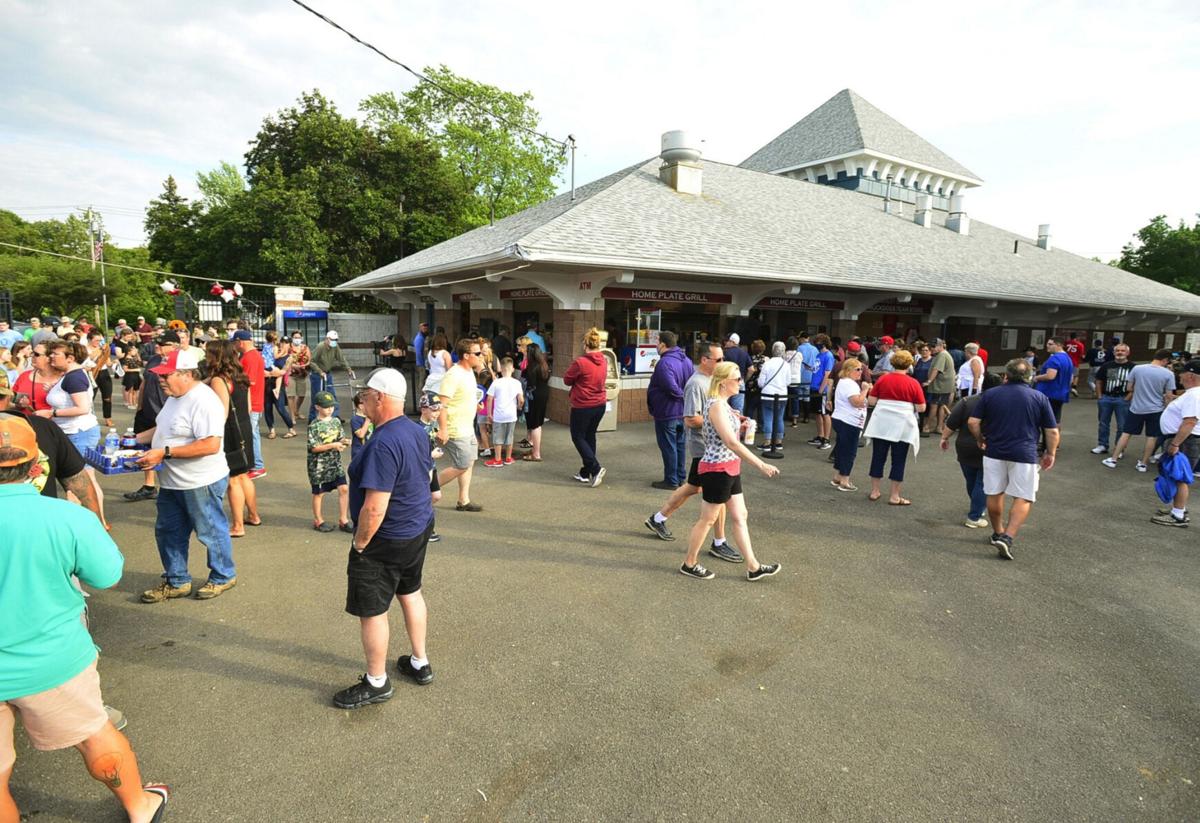 Baseball fans gather on the third base side of Dwyer Stadium to meet the 2021 Batavia Muckdogs baseball players prior to the start of a game this summer. This year’s Muckdogs featured college-level players playing in the Perfect Game Collegiate Baseball League.

Mark Gutman/Daily News File Photograph Robbie Nichols and his wife welcome all the fans to Dwyer Stadium for the Batavia Muckdogs home opener.

BATAVIA — Batavia Muckdogs owner Robbie Nichols was before the City Council this week to report an improvement in attendance this year.

Nichols and Muckdogs General Manager Marc Witt summed up the first year in a couple of years that there was a Muckdogs team at Dwyer Stadium.

“We ranked 22nd in the country out of 168 teams. We’re quite pleased with the way our season turned out and now we’ll have more time to build off of that in the future,” he said.

Witt showed several pictures of the Muckdogs interacting with the community, a couple of which included the KMS Diamond Dance Team performing at games.

The general managers said on Saturday, SUNY Geneseo will have an alumni baseball tournament. Dwyer will also be the location of the Sept. 25 Genesee-Wyoming counties Walk to End Alzheimer’s Association event.

There will be a new event on Oct. 23 from 4 to 7 p.m. when Muckdogs Monster Mash takes place. There will be free trick or treating and games and activities.

“We are opening the stadium, we’ve got a lot of great support,” Nichols said. “It will be free to get in for children, for youth to come around and walk through the stadium. We’ll have it not so scary, but they’ll get a lot of free candy as they walk around the entire stadium.”

Councilmember John Canale said he went to quite a few games this year.

“Just a great time, Robbie ... The atmosphere there was absolutely tremendous. Everybody who was there was having fun,” he said. “You promised us that and you came through for us.”

Nichols said he wanted to thank the city workers who were there for the team anytime it needed anything.

“It was a great relationship. The police department — thank you for being there when we needed them on a few nights,” he said. “Thank you to the firefighters when we needed them to come. When we had some emergencies in the ballpark and they were there really quick to help us. Thank you to you folks for entrusting us with the great baseball tradition here in Batavia.”

Witt said Dwyer Stadium hosted more than 30 high school baseball games in April, May and June when Notre Dame and Batavia High School used it as their home field.

“The KMS dance competition was a little restricted at that time in May with COVID, guidelines happening. They needed an outdoor venue,” he said. Dwyer hosted two shows, each with a 600-person maximum.

“We did the Pride Festival in June. COVID guidelines changed, so we were allowed over 1,000 people. There were about 1,900 attendees. They talked about loving the event and doing it again.”

“I’ve been involved with Challenger Division baseball ... We like to give back to the community,” Nichols said. “Our whole team was running with the children and spend the day with them and help them swing a bat and do different things.”

Nichols, owner of CAN-USA Sports, LLC said he will let the city know when Challenger Division baseball happens so they can watch a game.

“It’s more fun for me to see a Challenger game than a Muckdogs game. It’s really neat to see the kids out there with big smiles on their face,” he said.

For the 2021 Muckdogs games, the organization drove more than 50,000 attendees to games in June and July. The GLOW Academy Youth Baseball hosted championship games at Dwyer. The Battle of the Badges softball game was there.

“This was the first year we brought to life the Battle of the Badges (between the city police and fire departments),” Witt said.