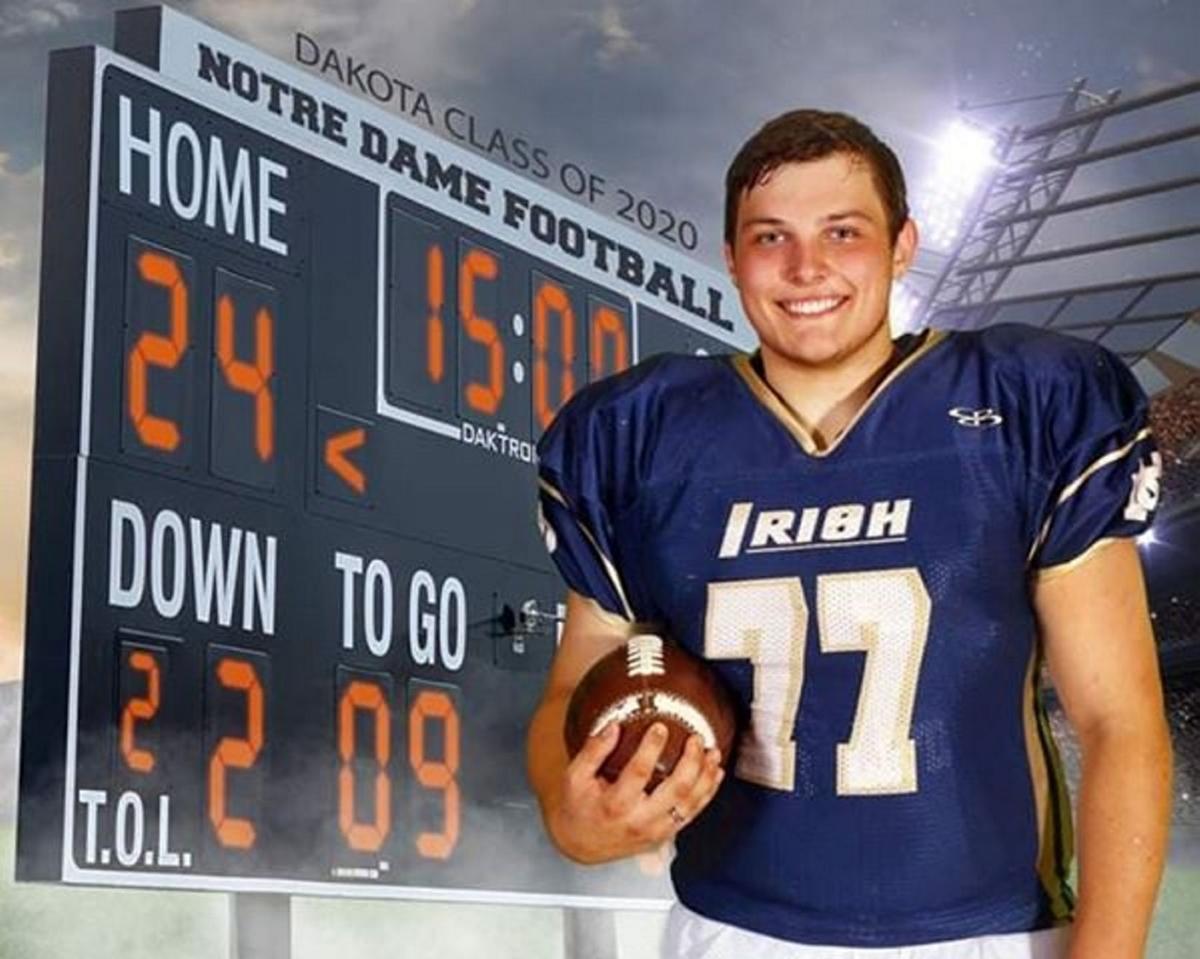 Daily News file photoNotre Dame’s Dakota Sica will be going south to Alfred U. to play football in the fall. 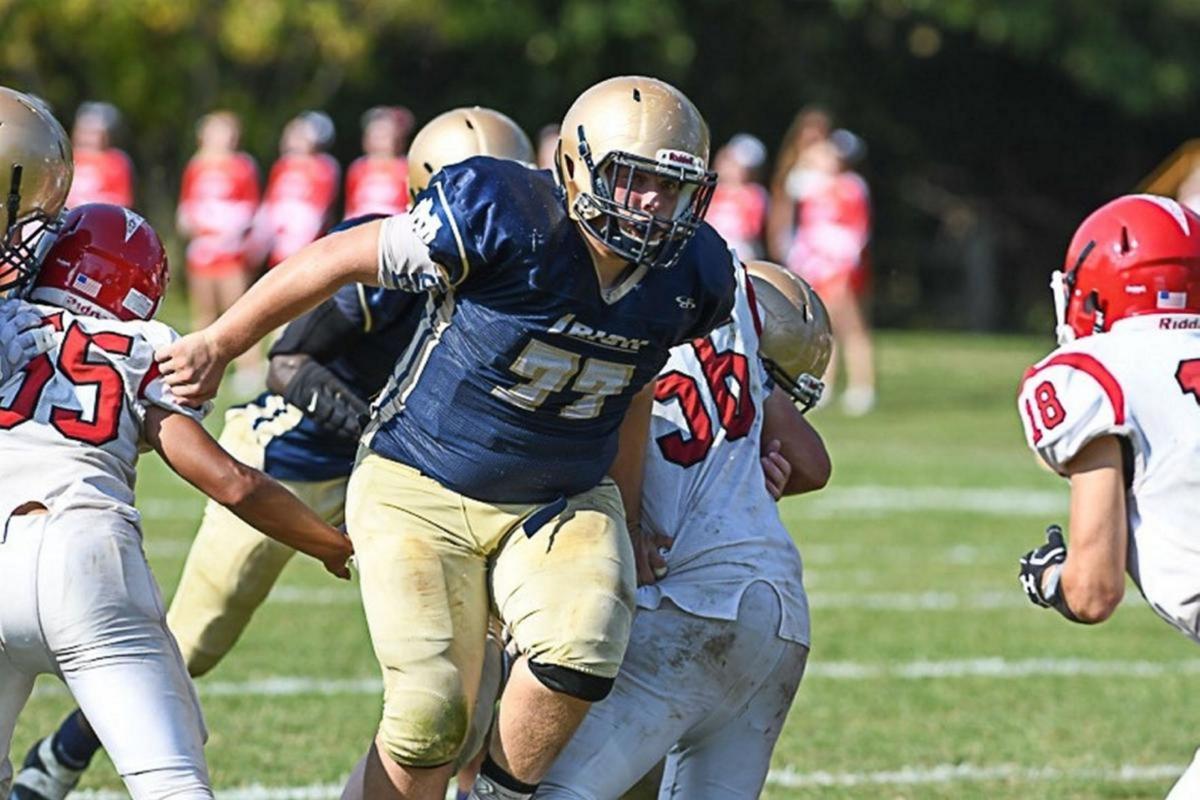 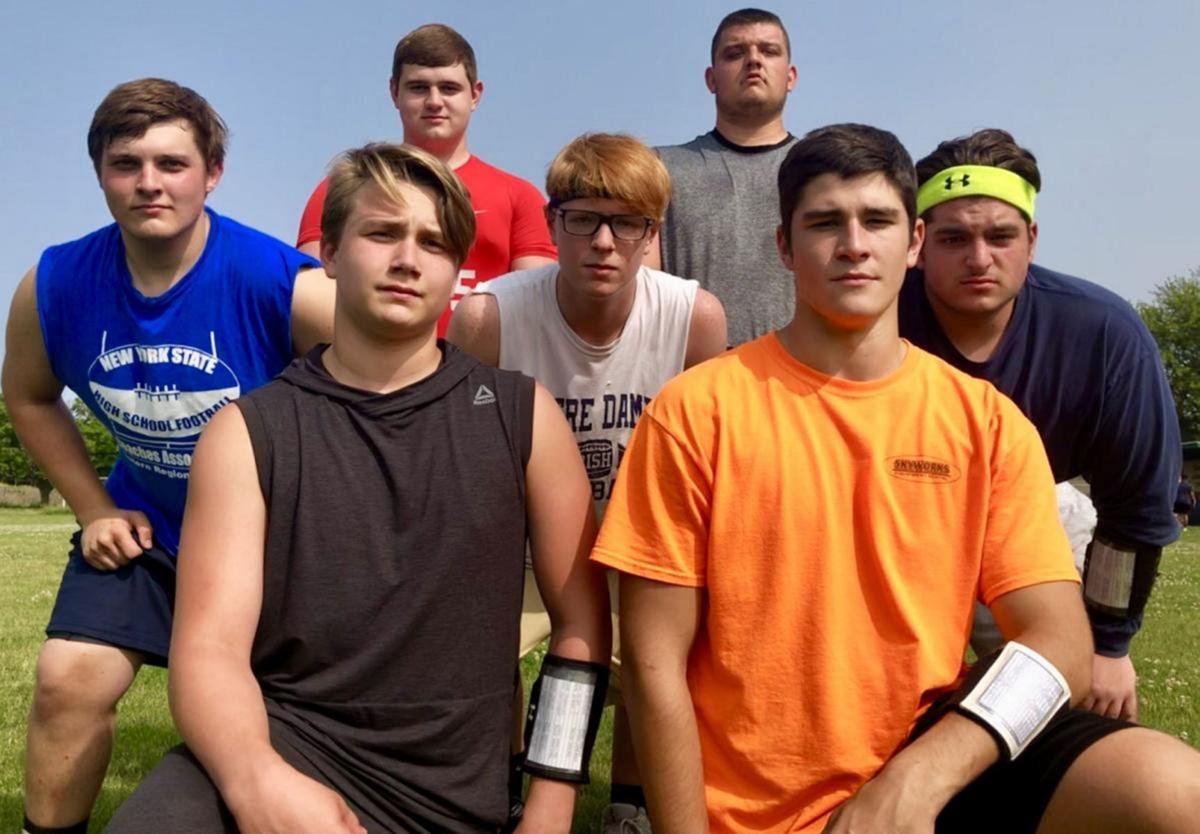 Daily News file photoNotre Dame’s Dakota Sica will be going south to Alfred U. to play football in the fall.

PAVILION — When the Notre Dame football team came away with the Section V Class D title this past fall — its first block since 2012 — a lot of big names put their hands on the trophy.

With names like Reese, Macdonald, Szczepanski, Randall, Sanders, and Henry, the names that oftentimes stole the headlines, the Fighting Irish ran through a perfect regular season and steamrolled to the sectional title game before they held off rival Alexander.

However, one of the names that was commonly left out — despite his terrific play — was senior lineman and linebacker Dakota Sica. A three-year varsity starter that never missed a game, Sica was one of the most underrated players around, though he was one of the most important players for Notre Dame in its title run.

“Absolutely,” Notre Dame head coach Joe Zambito said when asked if Sica was overlooked at times. “Dak was definitely who I’d call old reliable. Everyone was so focused on Mason (Randall) and Keith (Szczepanski), and rightly so, but Dak made big play after big play week in and week out. He is one of the most coachable players I’ve ever had and was very consistent on both sides of the ball. Absolutely love him.”

Now Sica will get the opportunity to continue his football career as he plans to attend Alfred University in the fall to be a part of the Saxons offensive line.

“I chose Alfred because it was the best choice for me academically and for football. I really like the campus they have,” Sica, who also received roster offers from Morrisville State College and Utica College, said.

Along with playing football, the 5-11, 245-pound force in the trenches will be majoring in athletic training with a minor in exercise science with hopes of becoming a doctor of physical therapy.

Despite the accolades often going to the outstanding running back (Reese), the star quarterback (Macdonald), the big linemen or the speedy receiver (Sanders), when the dust settled at SUNY Brockport in early November, Sica was one of the biggest reasons that the Fighting Irish could hoist the block.

Named the outstanding linemen of the game, Sica recorded nine tackles — two for a loss — with a sack in the 14-7 win over the Trojans. On the season he was a key part of an offensive line that led Notre Dame to nearly 3,000 rushing yards and a middle linebacker for a team that allowed just seven points per game through the regular season and on the way to the sectional title.

Notre Dame gave up just 13 points in the sectional tournament before falling to Clymer-Sherman-Panama in the Far West Regional final, yet that didn’t take away from the thrill of winning the crown.

“This season was amazing,” Sica said. “Our team became one family with one heart, beating toward the same goal. I was ecstatic when we won the championship. We worked extremely hard to reach our goal. It made me feel like all the work I have put in the past three years finally paid off.”

As for being overshadowed by some of the other players, it certainly wasn’t something that got him down. In fact, it was something that would continue to drive him throughout his career.

“These guys are amazing players and they deserve all the credit they receive,” Sica said. “They motivated me to play harder and stronger because I had to work a little harder to get noticed. They pushed me to improve and give everything I have on every play.”

Along with being a Genesee Region League all-star selection this fall, Sica was also named a Section V Class D all-star as well.

Sica will be joining an Alfred University program that dates back to the late 1800s. The Saxons — a Division III team playing in the Empire 8 Conference — were just 5-5 last season but the previous four seasons saw them go a combined 35-11, including a 12-1 (8-0 in conference) season in 2016 that had them deep into the D-III tournament before falling to powerhouse Mt. Union.

Also a three-sport athlete that has competed in indoor and outdoor track and field as a thrower, Sica is feeling the pain of missing out on his final high school sports season.

Not to mention everyone across the board for the Fighting Irish thought they had a legitimate shot at a sectional crown.

“It was devastating, I believe that I finally figured out what I was doing in track, Sica said. “We were set to have a great season. Our team was really coming together, we have a few new throwers that were looking really solid. It is really upsetting because we were hoping to make a run for the title. That would have been awesome to win two team titles in one year.”

Sica will have to settle for one block, but the memories of that crown will last a lifetime.