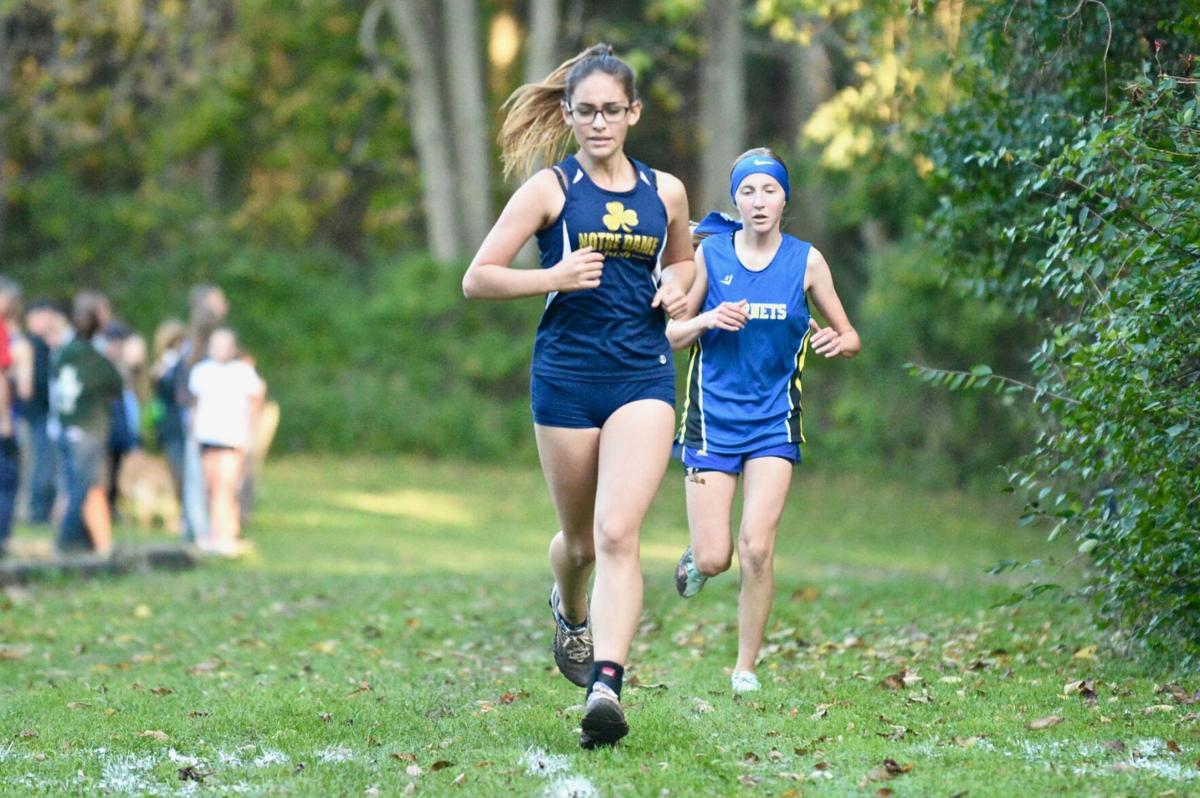 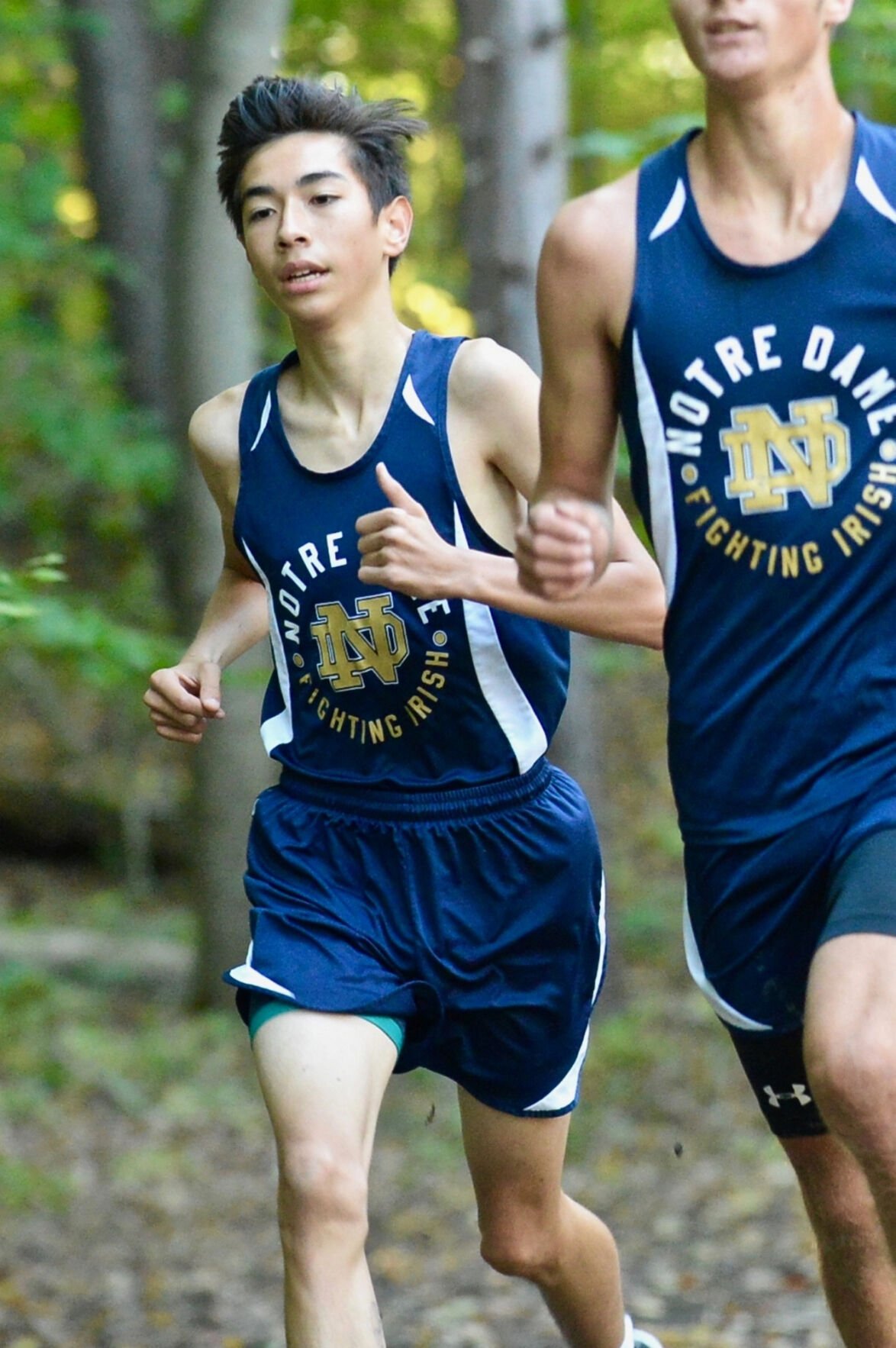 BATAVIA — Although interscholastic sports have been given the go-ahead to, at the very least begin practices on Sept. 21, as far as Notre Dame cross country head coach Eric Geitner is concerned plenty remains up in the air regarding the 2020-’21 fall season.

“The big question is what will our regular season look like?” Geitner said in an interview with The Daily News. “The next few weeks will paint that picture for us, and I am hopeful that we will be ready for it and compete at a high level.”

The Irish expect to have one of the most-competitive boys’ teams in the region this season and they were hopeful for a resurgent season from their girls’ squad as well, and with the season already having been cut short, Geitner and his group are hoping as much of a season as possible can be salvaged.

“We have lost the first month, and we have lost the opportunity for that goal of getting to the state meet, as the NYSPHSAA Fall Championships were canceled. When or if we start on (Sept. 21), we know that the season could end the next day,” added Geitner.

Geitner went on to say that, despite the troubling possibility that the season may end abruptly, he and his runners are doing their best to prepare as if a full season is still ahead.

“In one of my e-mails over the summer to the team, I told them, let’s train like we have a full season,” the Irish head coach said. “When that first meet comes, let’s be the most prepared team on the start line. Let’s have that season of going after a sectional title, and being the team that would (have qualified) for the state meet. We don’t know what is going to happen, so let’s not worry about what we can’t control.”

The Irish are no secret to regular-season and postseason success, as their boys’ and girls’ squads have posted a combined record of 232-128 over the past decade, winning five team sectional titles along the way. In Geitner’s mind, his team has what it takes to make another push and is gearing up for a run at sectional title number six.

“I think our boys’ team will be one of the top teams again this year,” he said. “I have been struggling to get a complete girls’ team the past couple of years, but I am hopeful we will compete well this season.”

Seven seniors lead a talented boys’ squad, including Zack Babcock and Andrew Ricupito who have been in the Irish XC program since seventh grade.

“Every year they’ve grown in confidence and leadership abilities,” said Geitner about his dynamic senior duo. “Every season I look forward to the growth that the athletes have.”

Other senior boys who Geitner expects to put forth their best seasons to date include Ben Skalny, Harry Schafer, Sam Kruppa, Owen Mileham, and Jake Streamer.

“I am excited to see the contributions our seniors will make to the team this year,” added Geitner. “You throw in sophomore Jordan Welker, and this is a solid team, a team that will make a statement.”

On the girls’ side, Senior Skye Colantonio and junior Amanda Doan will help lead the Irish to what they hope is an improved season. Both Colantonio and Doan were GRAA/LCAA all-stars last year.

“Skye will be a top-competitor for us this year and Amanda may not be far behind her,” said Geitner. “This will be only Amanda’s second year, so you never know.”

Geitner is excited to see what both his boys’ and girls’ teams are made of this season, however, in the end whether his teams are title contenders or not, Geitner says this season is mostly about simply getting his athletes back out on the course and in the classroom.

“I think it is important to get our students back to normalcy, as much as we can. Not only sports but academic and other extracurricular activities as well,” he said. “School is so much more than academics. A lot of growing for students occurs in school and the activities they can to participate in. For a lot of kids, it forms who they will be as an adult.

“I know that every coach of every sport just wants to get back to what they love doing - teaching and working with these kids to help them be their best.”

Geitner feels not only for his runners, but all runners within the GRAA/LCAA, which has proven itself as one of the top leagues for cross country in all of Section V.

“We have a lot of great runners in the GRAA/LCAA league, and I hope that they all get to have a complete season,” concluded the Irish head coach.