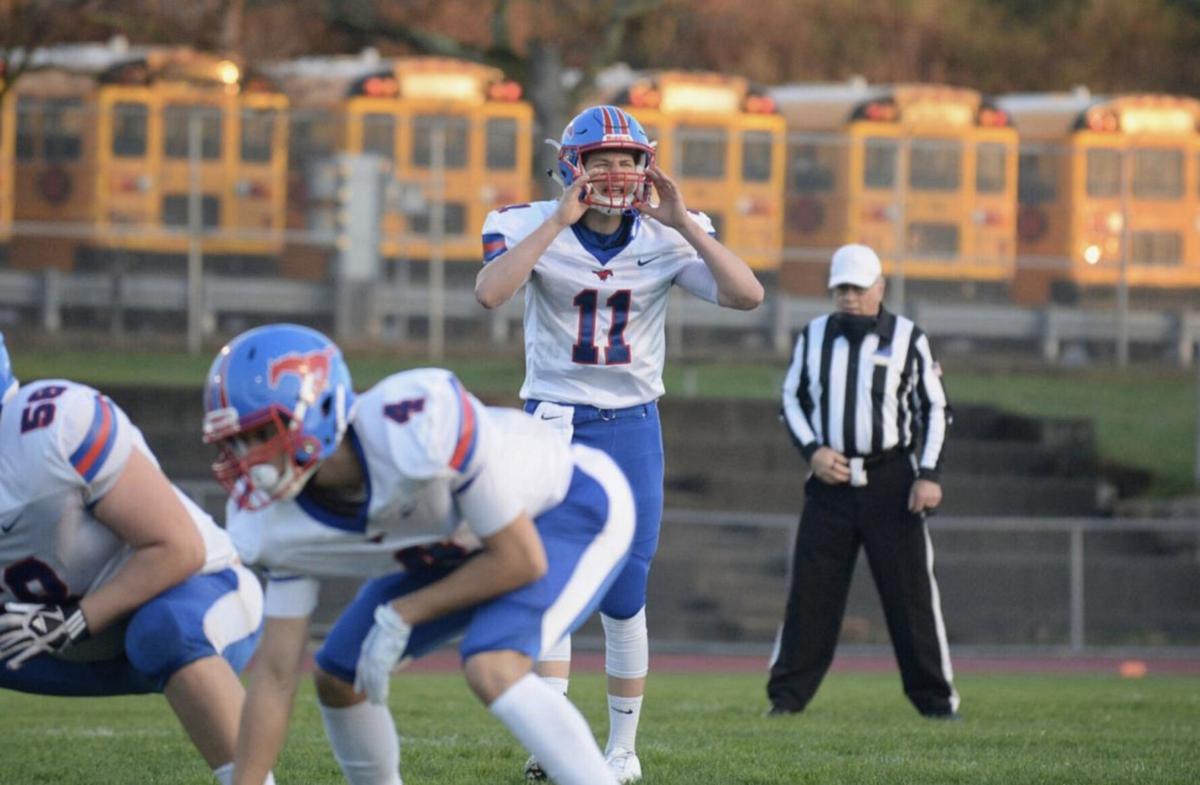 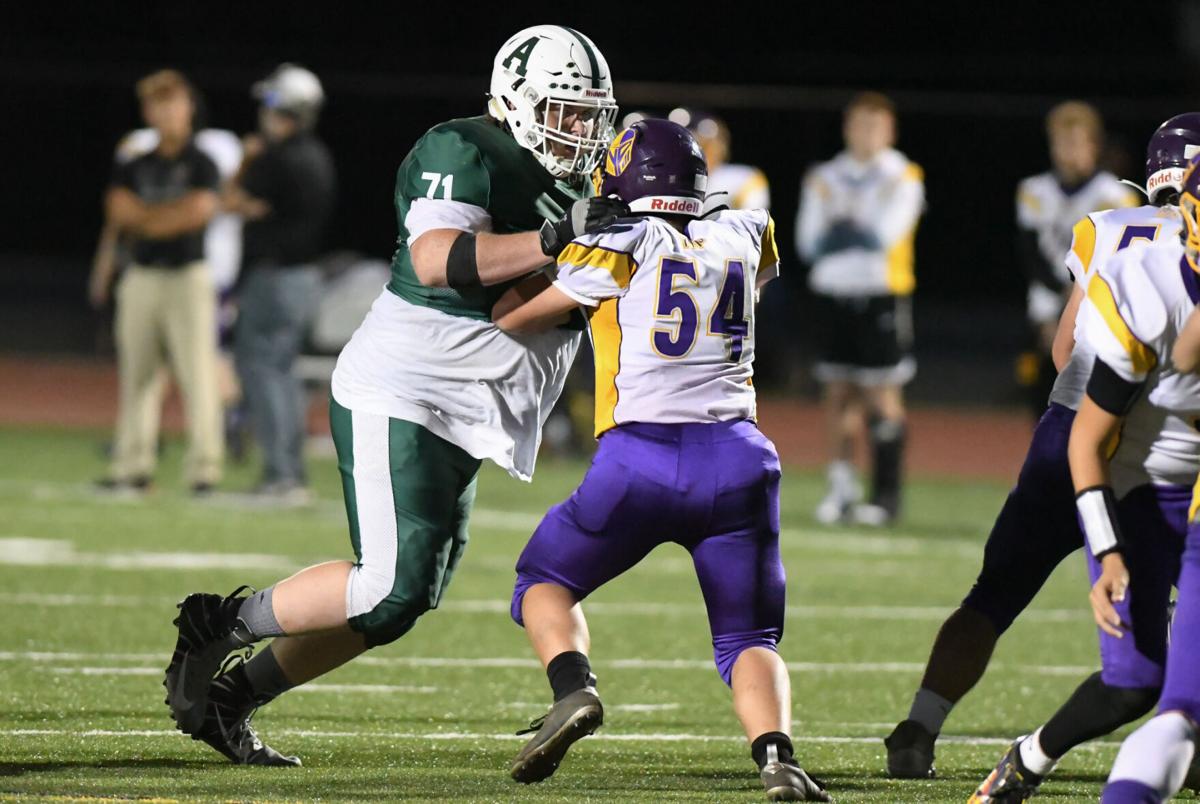 Tuesday saw the return of the New York State Sports Writer’s Association state high school football rankings following a year off due to the COVID-19 pandemic forcing the cancelation of the New York State Public High School Athletic Association’s state championships. This season, with the NYSPHSAA tournaments set to return, so have the rankings and several local programs find themselves listed near the top of their respective classification.

Highlighting the list are head coach Eric Valley’s Medina Mustangs, who begin Week 3 as the top team in the NYSSWA’s Class C rankings. Coming off of its first sectional title in several decades, Medina has started the season at 2-0 following blowout wins over Bishop Timon-St. Jude (54-6) and Newfane (40-0).

Mustangs’ senior quarterback Xander Payne has been outstanding through two weeks, helping his team get off to a perfect start behind 26-of-38 passing for 402 yards to go with six touchdown passes. Payne’s favorite target in the early going has been fellow senior Jarin Rhim, who has caught 11 passes for 156 receiving yards and a couple of scores. With that said, the senior QB has spread the ball around as he has found four different receivers for TDs.

On the ground, sophomore Robert Arnold has come on strong to begin his varsity career, taking 21 carries for 159 yards for an average of 7.6 yards per carry through the first two weeks. He’s also scored three rushing TDs to go with a kickoff return for a touchdown on the opening kickoff of the 2021 season. Arnold has also been a stud on defense, recording three sacks, second only to senior defensive end Joe Cecchini, who has four sacks on the year. Arnold has also recovered a fumble. Junior linebacker Noah Skinner is the team’s leading tackler with eight and has also recorded two sacks and a forced fumble.

Elsewhere in Class C, defending Section V champion, the Livonia Bulldogs (1-1) are ranked the No. 7 team. The ‘Dogs, led by head coach Chris Genthner, fell to Class B’s No 5-ranked team, the HF-L Cougars, 28-8, in Week 1 but rebounded with a 28-20 win over Bath-Haverling in Week 2.

In Class B, two GLOW region teams find themselves inside the top-10, as HF-L rounds out the top-five and the Batavia Blue Devils come in at No. 7. The two teams met in the Section V championship game a season ago and have picked up right where they left off, beginning the year 2-0 following dominating victories.

In Week 1, Batavia beat up on Bishop Kearney/Rochester Academy/Rochester Prep, 41-0, as junior running back Aidan Anderson led the way with seven carries for 130 rushing yards and three total touchdowns, including one that came on a pick-six. Through two games, Anderson leads head coach Brennan Briggs’ Blue Devils with 206 rushing yards.

In Week 2, Batavia rolled over cross-county rival and Class C opponent Attica, 41-8, behind senior quarterback Jesse Reinhart, who finished the game with five total touchdowns (four passing, one rushing) and an interception on defense. Three of Reinhart’s touchdowns went to the McFollins brothers, juniors Javin (one) and Carter (two). Reinhart has gone 15-of-25 passing for 268 yards and six touchdowns. Carter McFollins has scored in both of Batavia’s wins and has three receiving touchdowns on the year.

The Cougars, coached by HF-L alum John Russ, defeated Livonia in Week 1 and followed that up with a 49-6 shellacking of Newark/Marion in Week 2. The Maine-Endwell Spartans (Sec. IV) are currently the top team in Class B after a 2-0 start.

Behind Sec. VI titan Clymer/Sherman/Panama, who comes in as the top team in Class D, the Avon Braves (2-0), enter Week 3 as the No. 3 team in their classification.

The Braves won the Sec. V Class D championship last season and return a load of firepower from that title-winning squad, including senior running back Thomas Welch, who has hit the ground running to begin his final high school campaign. Through two weeks, Welch has carried the mail for Avon to the tune of 35 totes for 297 rushing yards and seven total touchdowns (five rushing, two receiving). He has averaged 8.5 yards per carry.

In his return from injury, senior RB Andrew Rowland has looked strong while complementing Welch, as he has recorded 19 carries for 173 yards and a score. Rowland has compiled an impressive average of 9.1 yards per carry through two games. Welch and Rowland have significantly benefitted from the efforts of an experienced offensive line consisting of three seniors and two juniors, two of which are listed over 300 lbs. Seniors Shane Ellsworth, Carter Fronk and Nick Ankowiak, along with juniors Nolan Clar and Dakota Hollada have cleared the way up front for the Braves’ backs.

Rowland is also second on the team in tackles with 10, one behind his younger brother, Michael, a sophomore who has tallied 11 stops through two games. Senior Will Greenwood has put forth a solid effort early on, making nine tackles, three of which have come for a loss.

Below the Braves are the Alexander Trojans, currently the No. 8 team in Class D.

Last season, the Trojans finished one win away from the program’s third sectional title and return plenty of talent this season as they hope to advance to a sixth straight sectional title game under head coach Tim Sawyer.

Alexander began the season with a slim Week 1 victory, 7-0, over the Bolivar-Richburg Wolverines but followed that up with an impressive 63-14 win over Geneseo/Mt. Morris in Week 2. In their destruction of the Blue Devils, eight of Alexander’s 17 rostered players scored touchdowns. Senior quarterback Nick Kramer has scored in each of the Trojans’ wins thus far.

In the 8-man football realm, the Pembroke Dragons are putting together their second consecutive playoff-caliber season under second-year head coach Jamie Johnson. The Dragons have started the season 2-0 after wins over the Wellsville Lions, 55-26, and Lyons/Sodus, 47-6.

Sophomore running back Tyson Totten has been a wagon through two weeks, totaling 291 yards and five touchdowns on 13 carries in his team’s opening day win over the Lions and following that up with 11 carries for 138 yards and a score against Lyons/Sodus. Totten has averaged 18 yards per carry this season.

The Dragons are chasing the top team in the NYSSWA 8-man rankings, defending Sec. V champion Red Jacket, which has gotten off to a 2-0 start while compiling a plus-64 point differential.