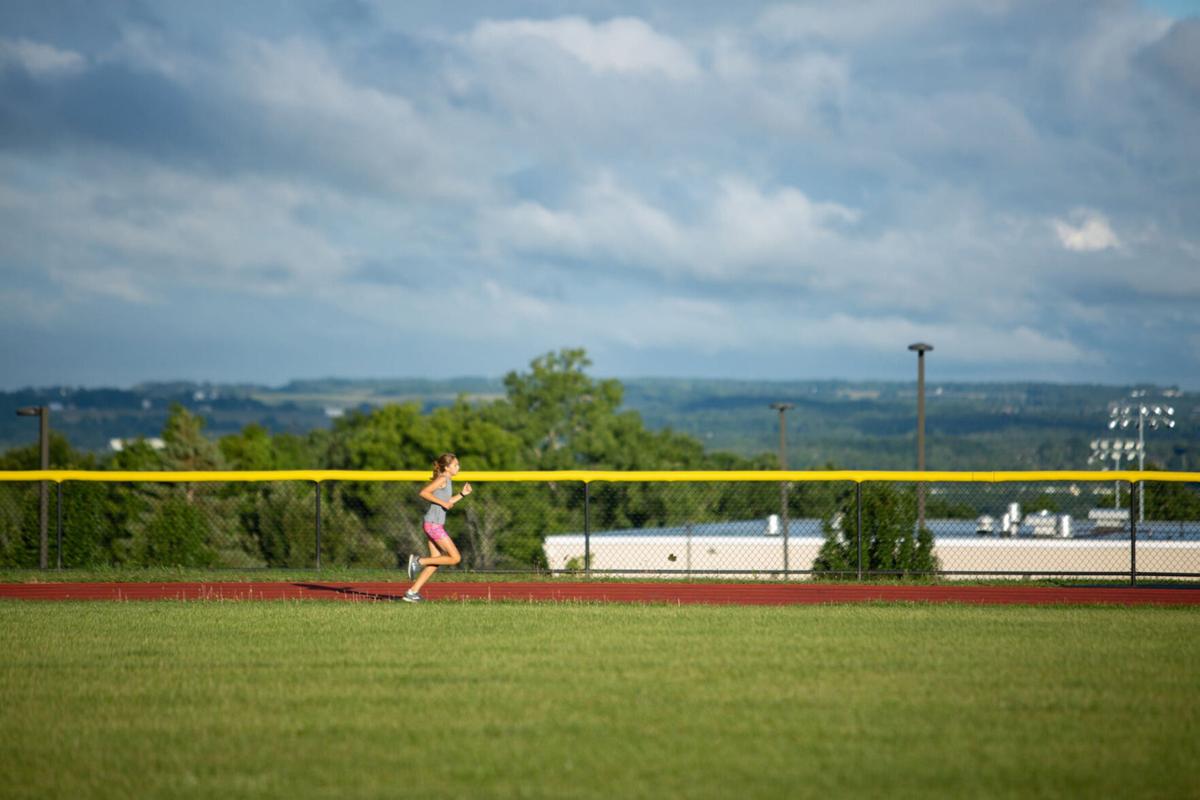 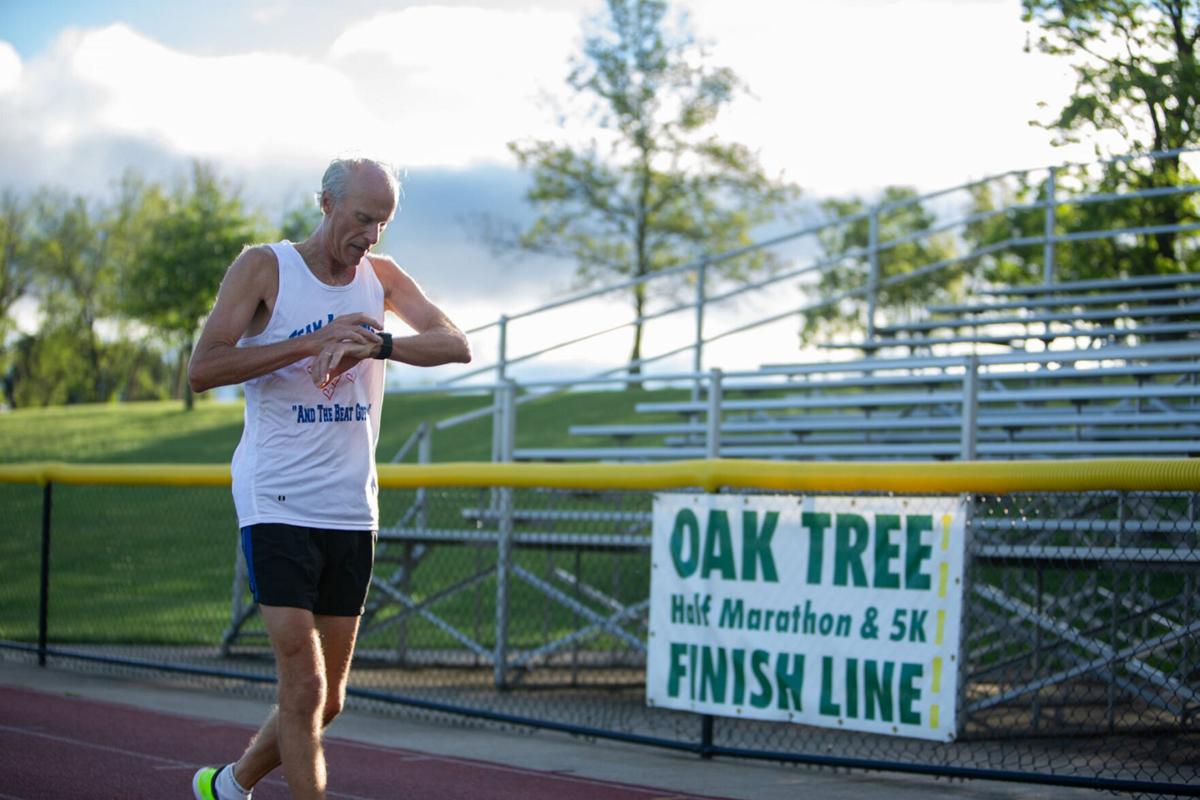 The annual Oak Tree races will reach the finish line Monday as they have for the past 16 years.

But there will be no cheering crowds or throngs of runner wending through the Geneseo village and countryside, past local landmarks and nature preserves. This year’s races have a new “solo” format as the race host, the Genesee Valley Conservancy, adapts to COVID-19 restrictions.

To minimize the gathering of racers, volunteers and race workers, the “Solo Oak Tree” is an on-your-own-race that is allowing runners to take to the courses through Sept. 7 at a date and time of their choosing. Runners will time themselves and submit their best time to the Conservancy.

Conservancy Executive Director Benjamin Gajewski said it was important to run the Oak Tree races both for the runners – the races attract hundreds each year – and the Conservancy, which uses the races as its largest annual fundraiser to support the Conservancy’s conversation work.

“It gave our staff and board a renewed sense of the importance of our work and looking for new opportunities to provide public access to nature,” Gajewski said. “Losing 100 percent of the revenue of this event would impact our operations.”

Runners, he said, often run the same collection of races each year so they can track their fitness on the same course.

“We wanted to create a format this year where runners could still get a time, treat the run like a race, and measure how fit they are in 2020 so they don’t have a ‘gap-year’ in their training log,” Gajewski said.

The Oak Tree races also provided the runners a goal race as so many races were canceled this year, including the Boston Marathon for the first time in its 124-year history.

“Many people’s work life has been disrupted, and we’re all trying to adjust to this weird new reality,” Gajewski said. “Giving runners a target to direct some positive energy, we felt would be very beneficial for folks.”

Some races turned to a “virtual” format, where runners send in a time after running the required distance. That gave the Conservancy an idea about how they might continue their races, but they also sought to keep the runners on the actual course and record a time that could be compared to other runners on an equal footing.

“The Oak Tree course is so special and unique because of the dirt roads and oak savannas that you pass,” Gajewski said.

The Oak Tree Half Marathon travels along Nations Road, an area where the Conservancy has protected more than 3,000 acres as open space in partnership with area landowners. The area is also identified as an Important Bird Area by National Audubon due to the rare and endangered grasslands birds living in the area.

The Oak Tree 5K tours the National Historic Landmark District of Geneseo, passing the Conservancy’s Island Preserve, which is open for recreational and educational uses.

Both races begin and end near Geneseo Central School.

Registered runners have been out since Aug. 1 when the courses opened and have until Sept. 7 to provide a time to the Conservancy. Runners also have the option to run a 5k or Half Marathon at their own location (those times will be noted with an asterisk to indicated they opted not to run up Nations Road hill, according to race instructions.)

Runners can run the course as many times as they want, but can only submit one time for the race’s official unofficial result. Times are due by 11:59 p.m. Sept. 7. (Registration is also open through Sept. 7 online at https://www.geneseevalleyconservancy.org/oaktree-info/registration.)

The times will be “unofficial” as runners are not racing head-to-head and the individual runs are not the same as a typical race condition where runners have a chance to see how far behind they are and are able to push themselves to pass someone.

All times will be posted on Sept. 8 so runners can see how they compared to others, but no new course records will be established this year, said Gajewski.

Gajewski said he expects the times submitted by runners will be accurate and has already seen some personal Oak Tree bests from regular runners.

“I would say the vast majority of runners are honest,” he said. “Most runners are not in it to win and have different reasons and goals for racing. They would only be cheating themselves if they didn’t report their real time.”

A majority of runners were expected to run the course in the final two weeks “as their normal training cycle would get them ready for the Oak Tree on Labor Day weekend,” Gajewski said.

The number of participating runners is down – about 140 registered this year – but that was expected and still “a pretty good showing given the circumstances,” Gajewski said.

Running the race also allowed the Conservancy to promote many local businesses that have been affected by the pandemic.

“In times of hardship and challenge, living in a community like Geneseo is where you want to be,” Gajewski said. “Our race sponsors have supported the Oak Tree and Conservancy for years, so this year especially we want to remind the community about spending money locally at places that re-invest in the community.”

The Oak Tree Race began 16 years ago as a special event to celebrate Genesee Valley Conservancy’s 15th anniversary. The year of 2005 was dubbed by the Conservancy as the “Year of the Oak” and the half marathon and 5k courses were designed to feature several Conservancy projects as part of its anniversary celebration.

“While it is greatly disappointing to skip a year of the Oak Tree Race as it is typically run, our hope is to keep the spirit of the Oak Tree alive for runners and for the community,” Gajewski said, “with the expectation that we will convene together on Sept. 5, 2021, at 8 a.m. to run the Oak Tree again.”