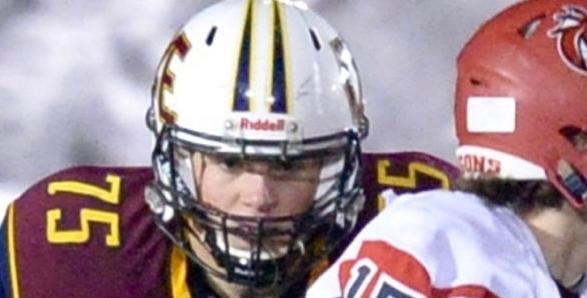 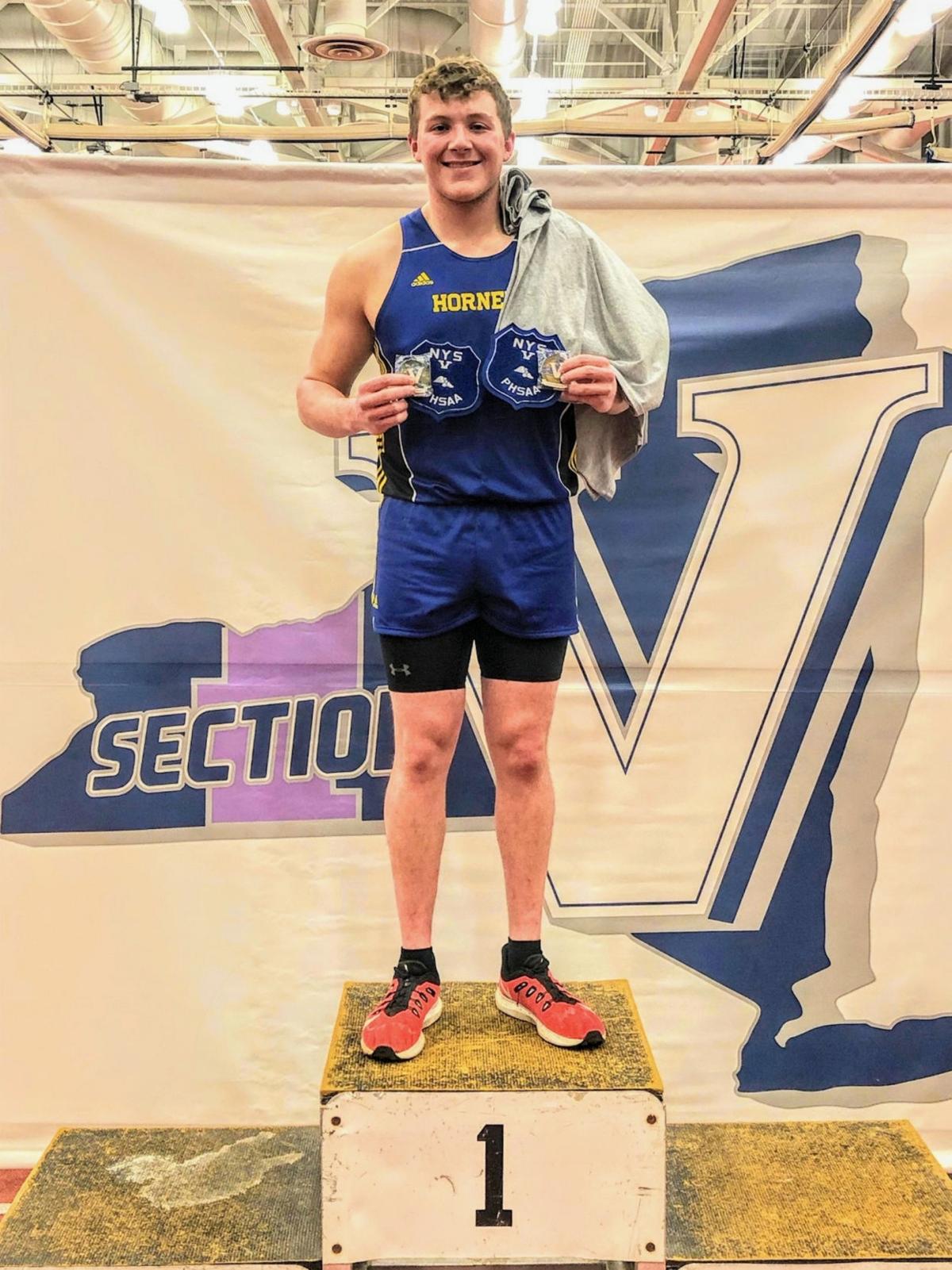 Provided In his first season competing in Indoor Track and Field, Rykert won two sectional titles, in the weight throw and in the shot put.

Provided Rykert helped lead the O-A/E boys track team to a championship in 2019.

Provided In his first season competing in Indoor Track and Field, Rykert won two sectional titles, in the weight throw and in the shot put.

Provided Rykert helped lead the O-A/E boys track team to a championship in 2019.

OAKFIELD — When the Oakfield-Alabama/Elba football program made the change from the 11-man game, one constant that allowed it to find immediate success was the presence of captain Dylan Rykert, who helped lead the Aggies to two-straight championship seasons in the first two years of Section V Eight-Man Football. A three-year varsity player, Rykert was honored as an eight-man all-star this past season after racking up 81 tackles, 30 of which came for a loss, along with 12 sacks during what was his senior campaign. Though, in spite of his contributions statistically, Rykert’s primary contribution to the Aggies’ success has been the leadership in which he has shown both on and off the field.

“Dylan made an incredible impact for us. On the field he was the unquestioned leader of the offensive and defensive line,” said Aggies’ head coach Mike Cintorino. “His selection to the Eddie Meath Game during his senior season was representative of what he brought to the field each and every gameday. His impact on gamedays was unquestioned, but his leadership in practice was equally important.”

Although his coach says that Rykert’s leadership was second to none, don’t let that fool you, as the Aggies senior was not only one of the most-effective leaders on either side of the ball, but was often one of best players on the field as well.

“Dylan was long and athletic, and incredibly strong,” said the O-A/E head coach. “He was fast off the ball and could go toe to toe with any lineman he went up against. His footwork and hand fighting skills to get off blocks was high level and a testament to his line coach, Tyler Winter.”

Rykert attributes plenty of his success to Coach Winter as well as Coach Cintorino, both of whom he says impacted him greatly during his high school years.

“They helped us understand what we could achieve and realize what we were capable of doing,” said Rykert about his two coaches. “They helped me better understand the game itself and how I could play to make the most of myself on the field.”

Rykert’s success in high school has led him to further pursue football at the college level, as he plans to attend the University of Rochester where he will major in chemical engineering and also join the Yellow Jackets on the gridiron.

“Coach (Chad) Martinovich came to my school to speak to me and it seemed like (their program) has a lot of potential and it reminded me of my high school football program,” said Rykert, who also believes U of R is a great fit for him academically. “I loved the curriculum at the school and the good engineering programs they had. I just liked the atmosphere of the school as a whole.”

Although his academic pursuits aren’t for the faint of heart, this isn’t your typical student, as Rykert was named the 2018 Class D Scholar Athlete of the Year by the New York State High School Football Coaches Association.

Rykert’s time during high school has helped him learn the value of hard work.

“Winning the sectional championships both years and the practices leading up to them that paid off greatly when we got to the game taught me a lot,” said Rykert. “The desire to (succeed) and to just keep pushing to get better.”

Along with his success on the football field, Rykert was also an important member of O-A/E’s championship track season in the spring of 2019, and also picked up two individual titles during this past indoor track season. In his first season competing during the winter, Rykert came away with a sectional championship in both the shot put and the weight throw.

“It takes great commitment and a lot of effort. You can’t just make it by, you need to give it your all and look to constantly improve as much as you can,” said Rykert on what it takes to succeed as a multi-sport athlete. “It’s also more than just the time on the field as you need to learn the sport too and often put extra time into it in order to prepare yourself to be able to be your absolute best.”

Rykert’s work ethic has gotten him to where he is today, added Cintorino.

“From the time he was a freshman, Dylan started hitting the weightroom. Through the years he continued and the last two years, two to three days a week he was at Elba by 6:00 a.m. to lift with Coach Winter before he went to school in Oakfield,” said Cintorino. “He brought along a lot of the younger guys to get them to fall in love with the weightroom. His leadership and drive helped spark the love for that training and has really helped our team the last couple of years. “

Cintorino went on to mention Rykert’s work in the classroom.

“I am not sure I have ever had a student-athlete who worked as hard and was as successful in the classroom,” said Cintorino about his outgoing senior. “Dylan won every academic award possible this year for football including the National Football Foundation Gold Scholarship, NYSHSFCA Scholar Athlete, Section V Football Scholarship, among others. His work in the classroom should not be ignored.”

A diligent worker, a solid student, Oakfield-Alabama’s Rykert embodied what it means to be a successful student athlete. There appears to be no doubt that his pursuits at the next level will lead to further achievement.