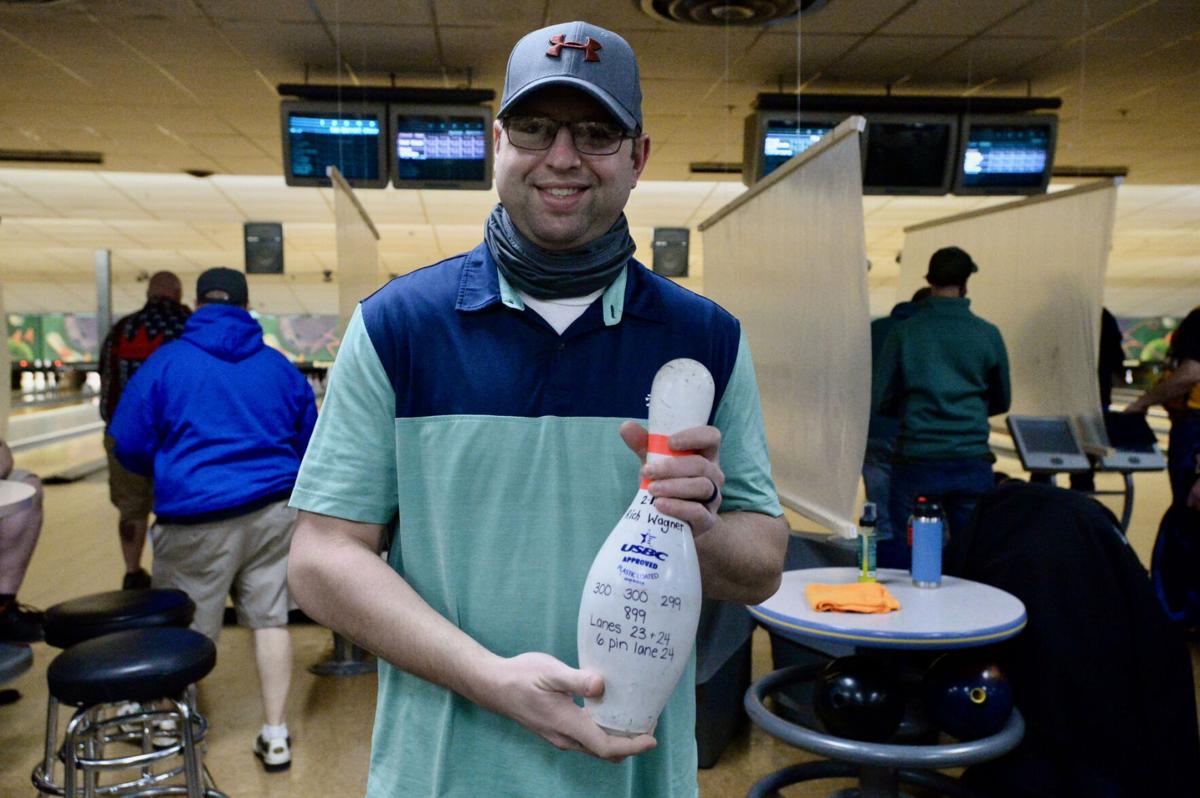 Alex Brasky/Daily NewsRich Wagner holds the lone 6-pin that he missed during his 899 series. 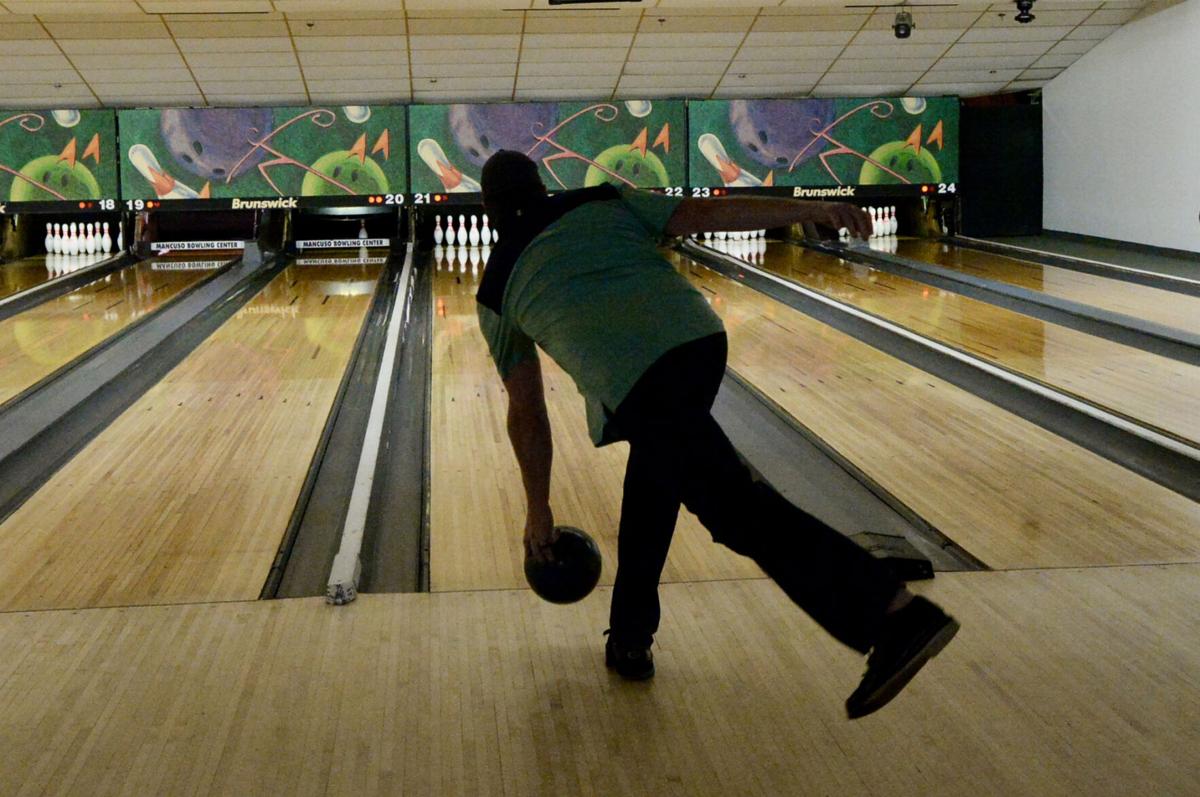 Alex Brasky/Daily NewsRich Wagner holds the lone 6-pin that he missed during his 899 series.

BATAVIA — Batavia native Rich Wagner has been bowling since he was a young boy, but he’s never experienced such a thrill as he felt during his brush with bowling immortality this past week.

During the Toyota of Batavia Thursday 5-Man League at Mancuso Bowling Center, Wagner entered his final frame needing just one strike to finish off the coveted 900 series, which would place him on a shortlist of those who have achieved bowling perfection.

Needing just 10 more pins to secure the perfect series, Wagner approached the line and prepared to fire his final shot. With his friends and family around him, cheering him on toward his ultimate goal, Wagner felt destined to complete his mission with that one last throw. It seemed as if all the stars had aligned. The storybook ending was right in front of him. Now all Wagner had to do was pen that final stanza.

As he let his last ball go, Wagner felt good about it, but not great. He thought he pulled the shot a bit but still believed he had done enough to secure the final strike.

Wagner had struck near his mark and watched the pins fall, but not all of them, as the pesky 6-pin remained standing. Wagner’s dream had been shattered.

“It was like an out-of-body experience. My mind was going in 100 different directions. My legs were Jell-O, and my arm felt like an anchor,” said Wagner. “It felt good out of my hand, but I pulled it, two boards.

“I really thought I had it because it seemed I had a little more speed on the ball and hit it better than I had all night. But the ball came in just high, and the 6-pin stayed up. Just like that, it was over.”

After 899 pins were set up and subsequently knocked down by Wagner, it’s the one pin that remained standing that he will likely never forget. Still, having come up short, Wagner remains grateful for the experience.

“Just to get to that shot, with my nerves being uncontrollable, was amazing. I know I’ll never get that far again, and that’s ok,” said Wagner. “I made it to the last shot, and whether it fell or not will be something I will proud of the rest of my life.

“I was in awe. I’m still in awe over it tonight. That’s the crowning achievement in bowling — a 900. Getting to that last shot will live with me forever.”

Wagner is no stranger to noteworthy rounds. He’s fired 43 300s during his long bowling career and has tossed an 800 series or better five times. Thursday’s effort increased his league average to 236 and set a new career mark, surpassing his old series-high of 812.

With all that he’s achieved, Wagner’s 899 series takes the cake. In total, there have been 36 people in the United to certify a 900 series with the United States Bowling Congress, one doing so twice. Wagner came within one pin of being the 37th member of the USBC’s ‘900 Club’. His 899 series is the highest in the nation this bowling season.

“This is by far the biggest pressure moment I’ve ever been in, bowling-wise,” said Wagner. “I’ve won tournaments and had to throw pressure shots but nothing compared to that one shot, and nothing prepared me for the pressure of that last shot.”

No stranger to big tournaments at the regional, state and national level, Wagner is a recreational bowler at heart. At this point in his life, married with children, he only bowls, at most, twice a week.

“I bowl Thursdays and every other Saturday with my wife Jenn and her parents Ann and Craig,” said Wagner. “That’s it, other than a few tournaments throughout the season.”

Wagner remembers plenty of grueling practice rounds at Mancuso’s when he was a kid. However, nowadays, it’s all about bowling, beers and his buddies as he enjoys his free time away from his duties as a dad and as a sergeant at the Albion Correctional Facility.

“It was awesome having everyone behind me cheering me on,” said Wagner after his big performance. “Despite the fact we bowl against each other, we all know each other and hope we do well. Those guys kept me as relaxed as could possibly be in that moment.”

It’s a moment that will last forever, thanks to his family, his friends and a series that will go down in the record books.

Although history will remember him as someone who came so close but fell just short of bowling perfection, for Wagner, last Thursday with his family and friends was more about the journey and less about the destination. For the Batavia native, 899 was sweet enough.