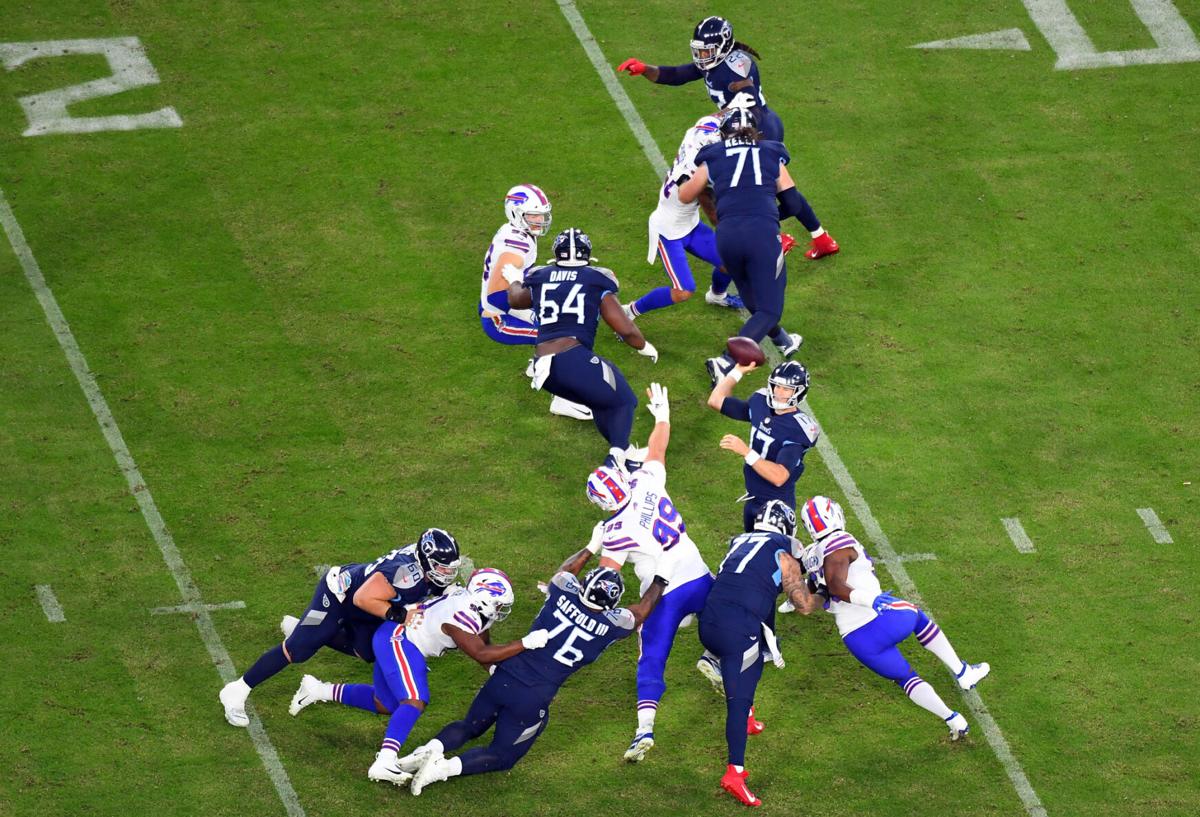 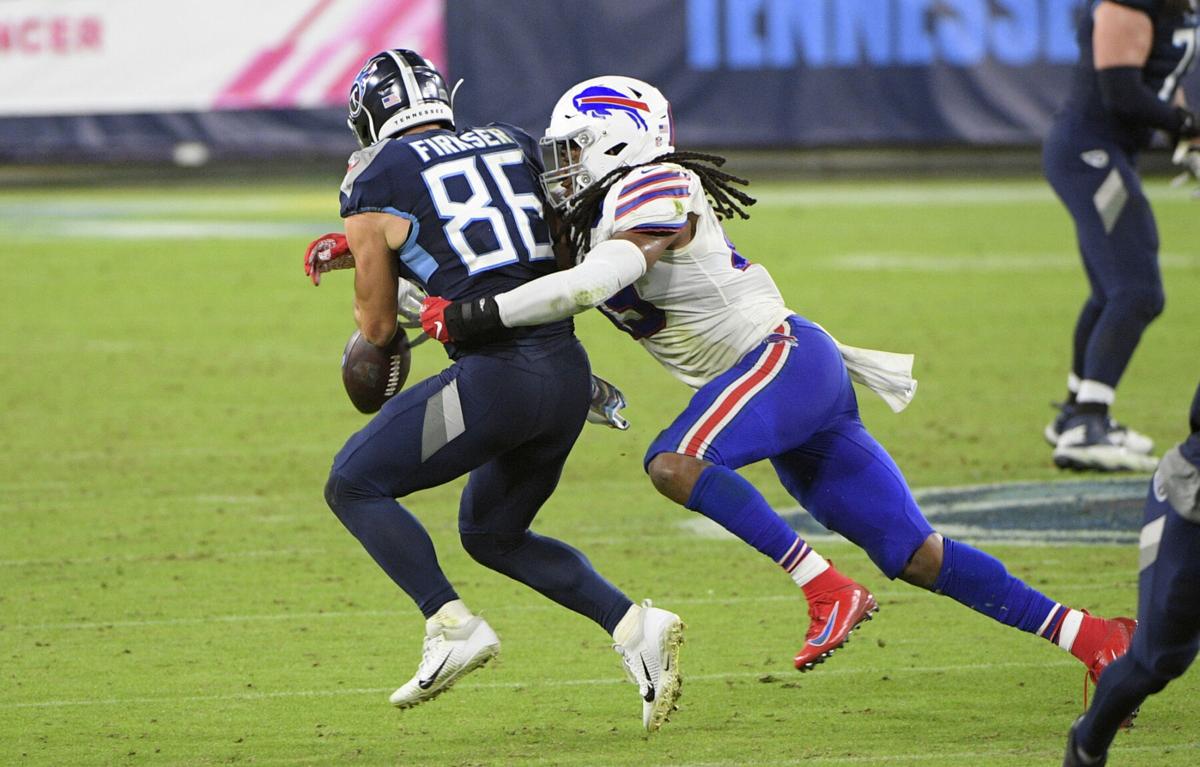 “If you could only be in my brain right now, on the plane last night and trying to sleep a couple of hours last night - you don’t want to be there,” said McDermott. “It’s just something I take a lot of pride in, and it means a lot to me and means a lot to our football team.”

Through the first five weeks, the Bills defense has been a shell of its former self, currently ranked 24th in passing yards allowed per game (263.2) and 21st in points allowed per game (28.4). All of the Bills’ deficiencies were on full display during Tuesday night’s 42-16 loss to the Tennessee Titans, but despite his lack of sleep, McDermott still has confidence that his unit, once ranked near the top in the NFL, can turn things around.

“I know these guys take a lot of pride in what they do, and these defensive coaches do the same. We have a lot of confidence in those guys,” added McDermott. So obviously, there are things we have to continue to work on and grow and develop...I haven’t been satisfied with where we are at this point defensively, but I remain confident in the unit.”

McDermott’s big concern is his defense’s consistency, or lack thereof, which he said showed up big time against the Titans.

“I thought we were inconsistent overall,” said McDermott. “We are not where we need to be, and I think anyone you would ask would say the same thing inside of our building.”

McDermott went on to cite the team’s injury struggles as one reason for his team’s lack of consistency thus far. Against the Titans the Bills were without starting cornerback Tre’Davious White and starting linebacker Matt Milano.

“There are some new pieces. We have had some lack of continuity because of the bumps and bruises we have had at times defensively,” said the Bills’ head coach.

One of the Bills’ defense’s primary concerns has been the lack of pressure created by its front four. Second-year defensive tackle Ed Oliver and veteran defensive end Jerry Hughes have been among those who have struggled at times this season, leading to the Bills ranking of 31st in the NFL in terms of pressure percentage (16.2%), ahead of only the Detroit Lions who rank last (15.4%). For comparison, the Steelers rank first in the NFL with a 40% pressure percentage.

“It starts with coordination. We have to make sure we are coordinated, so if we are making an inside move that someone is covering us on the outside,” said McDermott. “It also means getting teams into third and long and situationally being stronger in those third down and long situations. There is a lot that goes into it. It starts with the mentality, though. A physical, nasty mentality on early downs.”

Another concern for the Bills’ defense early in the season has been the performance of third-year linebacker Tremaine Edmunds, who has failed to stand out while battling through a shoulder injury. Many have heaped criticism onto Edmunds due to his subpar performance, but McDermott is confident that the team’s defensive play-caller can turn things around.

“I think with each week, the last couple of weeks in particular, he has gotten healthier,” said McDermott. “I know he was certainly working through the shoulder early in the year, but I appreciate the way he is leading our defense, getting us lined up like a mike linebacker does. I think we will continue to see him grow and develop and learn.”

During McDermott’s Monday presser, he was asked an interesting question: when will you know when your defense and team as a whole has learned from Tuesday night’s loss to the Titans?

McDermott mentioned that he believes the growth his team needs to experience will take place incrementally.

“These are the moments that make you stronger. You learn from adverse times in your life,” said McDermott.

McDermott added that the Bills have proven to be a resilient team over his years as head coach, and he expects no different from this year’s group.

“There is always challenges every season, and we know this year is probably unparalleled with the challenges,” he said. “But at the same time, we are just a group that is resilient. We have shown that to this point, last night we didn’t show that, but I’m confident that we will continue to show it.

“There will be other moments that we will have to lean on that and lean on each other, and we are able to take some of that out of last night’s game. Obviously not as much as I would have hoped, and so like I said, last night, we don’t make any excuses about our performance and at the end of the day I have to have my team ready to go.”

“That’s unacceptable, that’s something we talk about all the time. You walk into our team meetings, and between the ball and discipline, those are two things that talk about constantly,” said the Bills’ head coach. “It’s not just going to fix itself. So we need to address it, and I expect each and every one of us will take our piece of it, and we will learn and grow from it.”

McDermott says you can’t expect to win playing undisciplined football the way the Bills did against the Titans.

“I can handle aggressive penalties, but I can’t handle lack of discipline penalties,” he added.

Moving forward, the Bills had better bring back their A-game soon, as there is no rest for the weary with the Super Bowl Champion Kansas City Chiefs coming up in Week 6.

“Very talented offense that only got stronger through their draft this year,” said McDermott about the Chiefs. “They’ve put up a lot of points, and they’re well-coached, as we know, with Andy (Reid).

“The Chiefs are a very good football team and a team the entire NFL is chasing right now.”