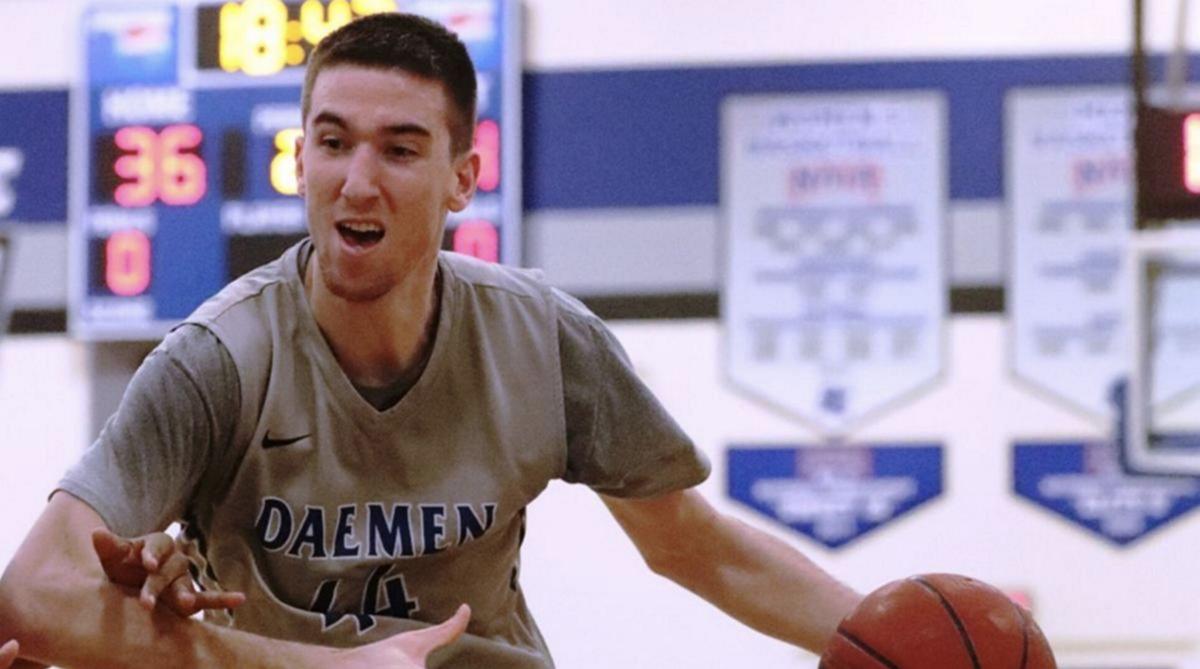 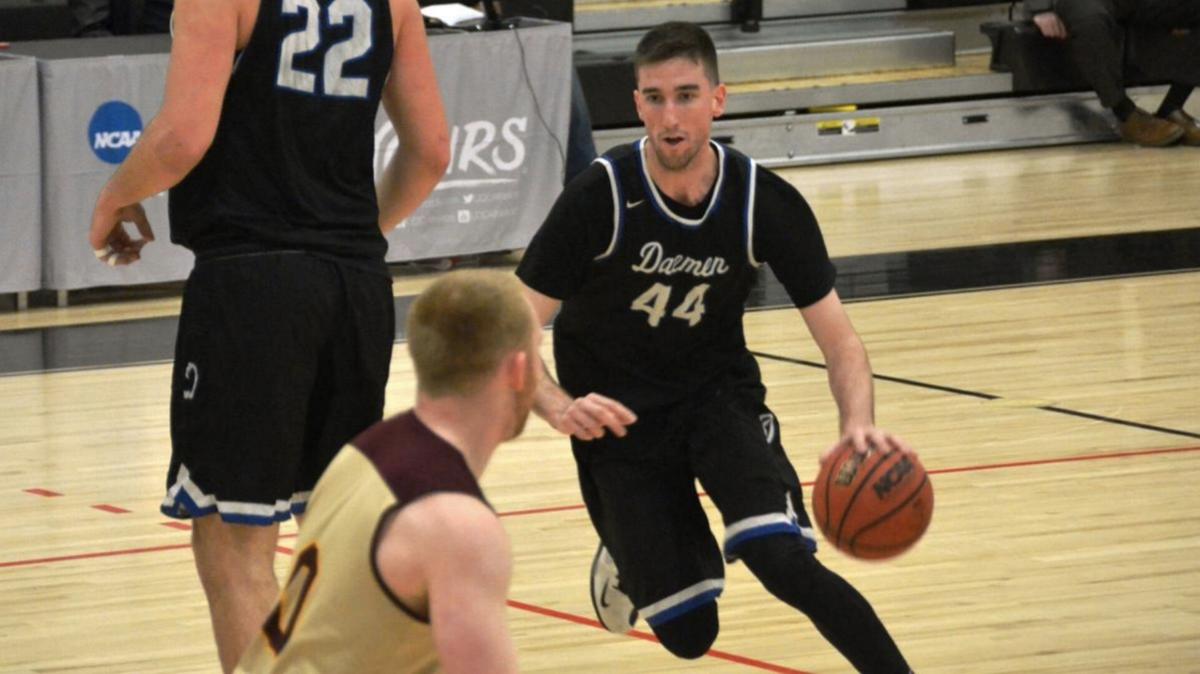 AMHERST — During his high school and collegiate playing career, Batavia High alum Jeff Redband was as successful as they come. A 1,000-point scorer and sectional champion with the Blue Devils’ boys basketball team, and also a 1,000-point scorer and one of the most accomplished players in Daemen College men’s basketball history, Redband is no stranger to success on the hardwood.

With that said, what Redband is about to take on is an entirely new challenge within the sport he loves, as the 2020 graduate of Daemen has taken a job with his alma mater as an assistant coach under his former head coach at Daemen, Mike MacDonald.

In doing so, Jeff becomes another member of the Redband family who has pursued a career in coaching, and will have plenty to live up to as his brother, Tom is a four-time sectional champion coach with the Elba girls basketball team and his father, Larry finished his near 40-year career at Alexander High School as one of the most winningest coaches in Section V Tennis history.

“I know I come from a family that has been successful with coaching, (but) I don’t want to get ahead of myself,” said Jeff, humbly. “I’m only a volunteer coach right now. I just want to work hard, learn fast, and try to help the team win whenever we’re allowed to play again.”

Tom has won four-straight Section V Titles with the Lady Lancers, while Larry retired in ‘18 after winning three sectional championships with the Trojans, and all signs point to the youngest Redband making his way toward a successful career of his own.

“Jeff’s the kind of player who can see the entire game, beyond what your average player sees - kind of like a catcher in baseball that goes onto become a manager,” said Tom about his younger brother, Jeff. “He could always play all five positions (in basketball), he always knew the plays backward and forward, and is good with people too.”

“Jeff was always a student of the game - he looks at it very analytically and always put the time in doing a lot of individual skill development work when I had the pleasure of coaching him,” said Jeff’s high school coach, Batavia’s Buddy Brasky. “So he will be able to work with his athletes in that way and I also think Jeff has a genuine interest in other people and he takes an interest in what’s good for people. So I think he will be a good recruiter will be able to establish good relationships with the athletes he coaches.”

In his new, volunteer role with the Wildcats, Redband will assist Coach MacDonald and his staff with the day-to-day operations and management of the program through the ‘20-’21 season. His duties will include on-floor coaching, recruiting, scouting of opponents, and various administrative tasks.

“I’m very excited to be given this opportunity. We have a lot of really great guys on the team and the college has done a lot for me in the past 5 years,” said Redband. “It will be a new challenge making the transition but I just want to help Coach Mac anyway I can.”

For MacDonald, welcoming Redband into the fold must have been an easy decision, as Redband is one of the top-players in Wildcats’ history.

“We are really happy that Jeff has decided to join our staff this year,” said MacDonald. “Jeff has always put his heart and soul into everything he has done and we know he’ll do the same with coaching. I am excited to watch Jeff begin what I believe will be a long coaching career.”

Redband played for the Daemen men’s basketball team from ‘16-’20 and during that time he led the team to 89 wins, which is tied for the most in any four-year stretch in program history. Redband set a list of other records during his time with the Wildcats, including the most three-pointers for any player in team history (316) a number which ranks him third among the all-time East Coast Conference leaders. Redband finished his college career with 1,422 points, ninth in team history, and is one of five players in team history to appear in at least 120 games. He is tied with Brian Montanaro (Daemen Class of ‘06) for the most games started in team history with 117.

Redband also holds the team record for career free throw percentage (.880) and was the first player in team history with at least 100 blocked shots and 100 steals.

Redband was equally as stellar in the classroom as he was on the court during his time at Daemen, and was recognized for academic achievement with three selections to the National Association of Basketball Coaches (NABC) Honors Court.

In the end, when deciding on what he would pursue in the next phase of his life after college, Redband kept coming back to the game he has loved so dearly since he was a young boy.

“I ended up deciding to coach because I have passion for this game and when I thought about the possibility of making a career out of it, it just seemed right for me,” concluded Redband.

With all of the success Redband has enjoyed in the past it’s difficult to see his new role on the sidelines going any differently.