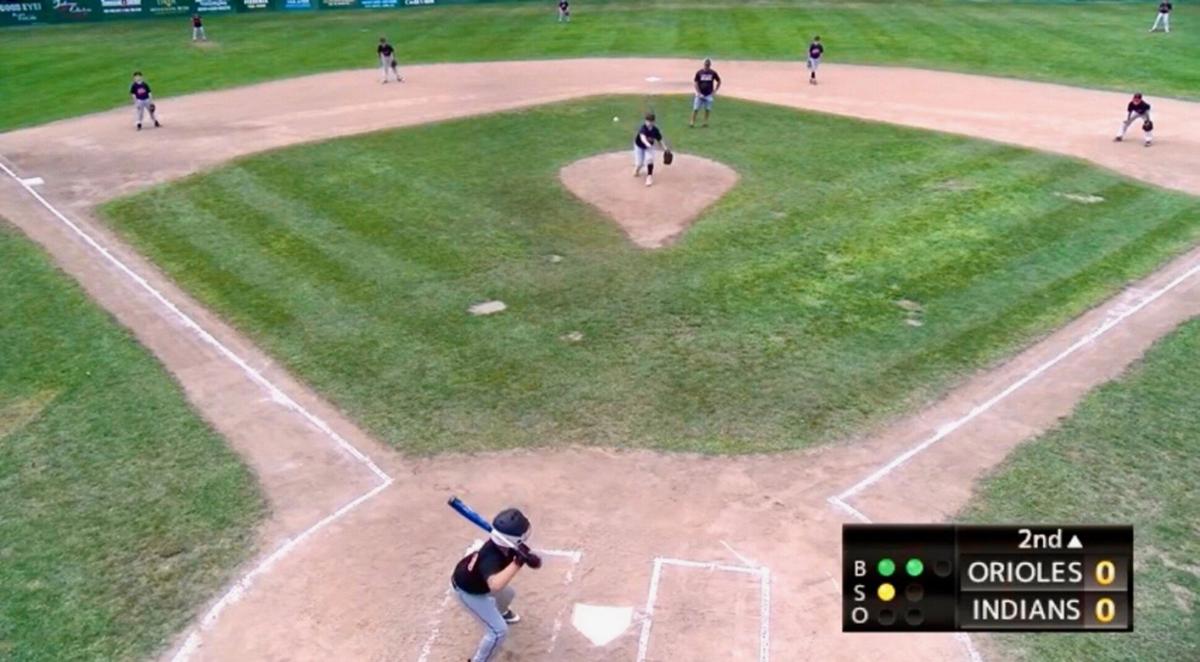 Daily News photoA view from the press box, and the Daily News live stream, of the Le Roy Little League game between the Orioles and Indians on Tuesday night. 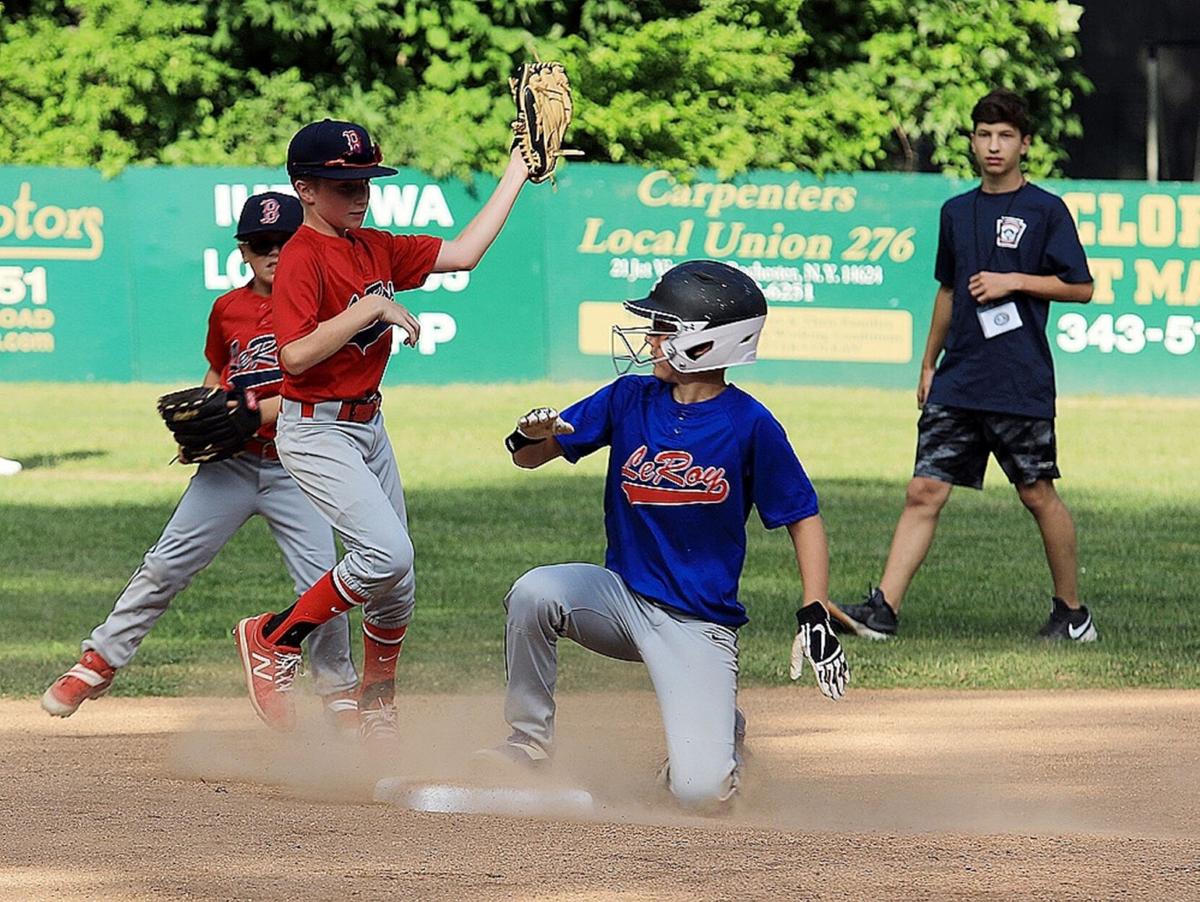 Daily News photoA view from the press box, and the Daily News live stream, of the Le Roy Little League game between the Orioles and Indians on Tuesday night.

So one of this week’s assignments on the docket was for fellow sports writer Alex Brasky and I to live stream a regular season contest from Le Roy Little League between the Orioles and the Indians on Tuesday night.

In the interest of full disclosure, my first thought was that I never got into the field of journalism to cover youth sports, at least not to that degree. It wasn’t as though I felt it was beneath me, it was just honestly just not something that I ever expected to have to do.

Yet like with many things with life — especially in the day and age of COVID-19 — we have to learn to adjust. And with nothing else, at least it was something local for us at the Daily News to provide to our readers and viewers.

However, I begrudgingly plodded my way to the field behind the Le Roy House just a few minutes before the first pitch, quite truly not knowing what to expect. It’s been a while since I played Little League, or had a child who played, so what I was getting myself into I wasn’t exactly sure.

Arriving at the field I slowly made my way up the steps to the cramped Scott Ripley Press Box, where Brasky had set up our familiar equipment. We made a few comments in jest about covering a game of kids all 12 years and younger, busted each other’s chops for minute and eventually got down to it.

And I have to say, in all honesty, that it was a lot more fun than I ever would have expected. In all, it was quite enjoyable. Once that first pitch was thrown and that first ping of the bat when it hit the ball echoed through the tree-surrounded field, it was just baseball. It was live baseball and it was good baseball.

And the credit needs to go not only to the kids, but to the entire Le Roy Little League staff who has made this season a possibility despite the extremely difficult times.

Of course, there were some differences. The dugouts were not in use to ensure social distancing, the ‘home plate’ umpire was actually standing behind the pitchers mound – which made for some interesting calls — only two spectators were allowed per each player and there were no post-game handshakes. Yet for just the second game of the season, things went as smoothly as possible.

Every kid appeared to be abiding by the rules set in place, the fans were distanced throughout the stands and, most importantly of all, the kids put on a great show.

What started as a pitcher’s duel turned into a back-and-forth affair, eventually won by head coach Travis Smith’s Indians, after son Jagger drove in the game-winning runs and escaped damage in the sixth with the help of a spectacular, game-ending catch from centerfielder Tommy Clifton.

This coming a night after a combined no-hitter from the Twins’ Noah Kaczanowski and Brayden Chase kicked off the season.

However, as enjoyable as it was for me to watch these kids play their hearts out for the love the of the game, many people contacted not only myself, but sports editor Chris Metcalf, to tell us of their appreciation for coming out to the ball game. Indians coach Smith was one of them.

“Just wanted to say THANKS for coming out to cover the Le Roy Little League game last night. Watched the live stream and it was fantastic,” Smith texted me. “I’ve heard from quite a few people already that watched and enjoyed it. Brings me back to the old days when Batavia had a cable channel that covered local stuff but sadly that doesn’t happen anymore. Great to see the Daily jumping into coverage like this. Thanks again!”

That’s always great to hear when you do something that you originally had no interest in even doing. Sometimes we can’t always just do the things that we are comfortable with, and sometimes we have to learn to adapt. I guess that is what I learned to do with a simple hour-and-a-half, six-inning regular season Little League game.

It was never about me, or Brasky — who, by the way, got a sizable dent in the hood of his car via a foul ball off the bat of the Orioles’ Grady Gilligan — it was about these youngsters being able to get on the field and enjoy a game they love after months of not being able to do much of anything.

Spezzano also sent Metcalf a message on Tuesday night, saying “Thank you! Very much appreciate your support as does our community!”

Well, the community should thank this group of individuals who made getting out on the baseball field a possibility this season for these kids. Sure it was late, there was no parade and there were adjustments to be made. Yet, it’s a good lesson learned for the kids who took the field last night.

Being back at that field also brought back a lot of memories, which made the evening even more special. I can’t remember the number of home runs I hit or the number of no-hitters I threw, or number of wins I had on the mound. I do remember winning the Scanlan Cup, which is really all that mattered when you were a youngster.

Now, maybe these kids will be able to forget some of the trying times of 2020 when they grow up and just remember the two-run double that gave their team the team, the great plays at shortstop — Hayven Cordes, I’m looking at you — or even those 13 strikeouts in a losing effort.

It’s time for the country to move forward and I think it could start with Little League baseball.