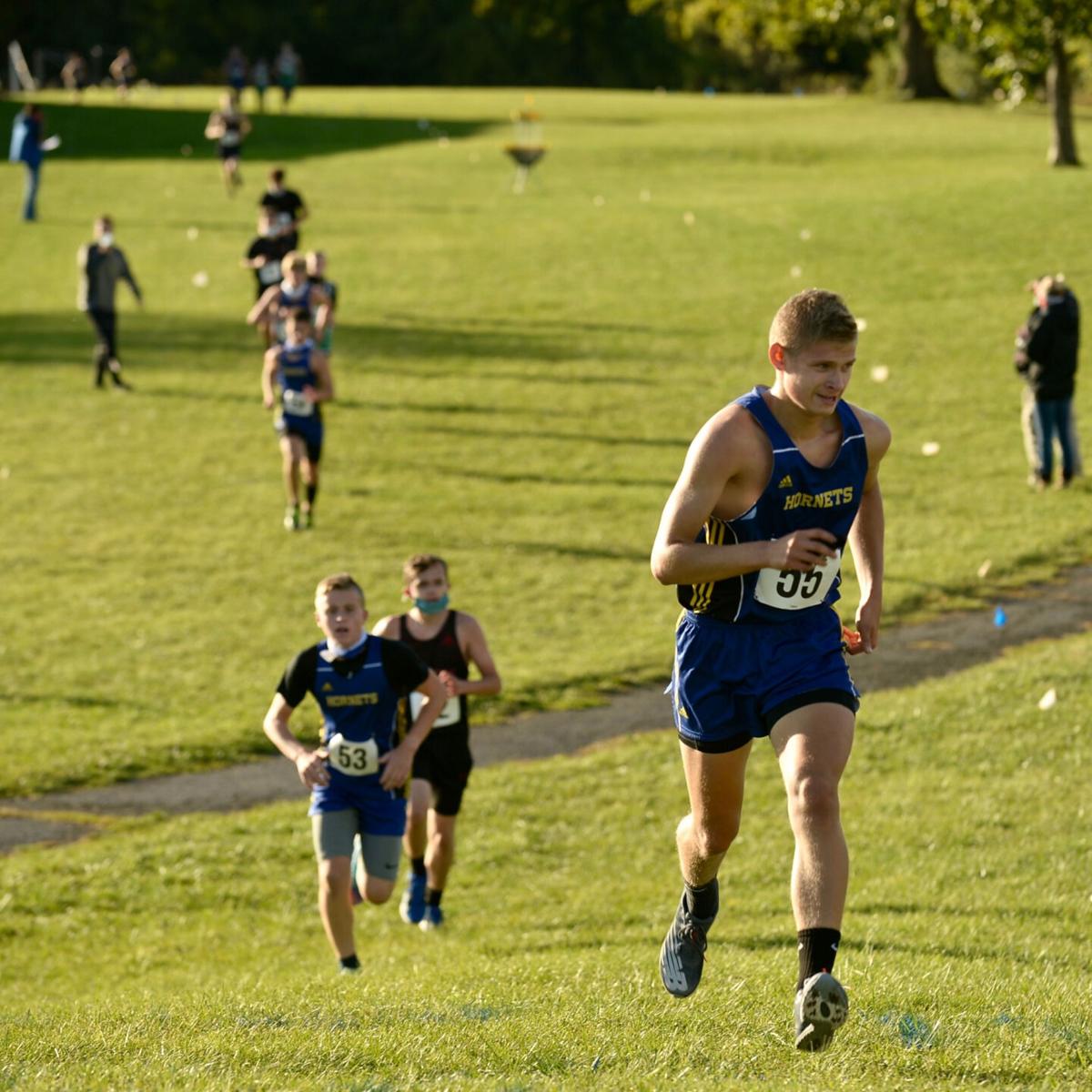 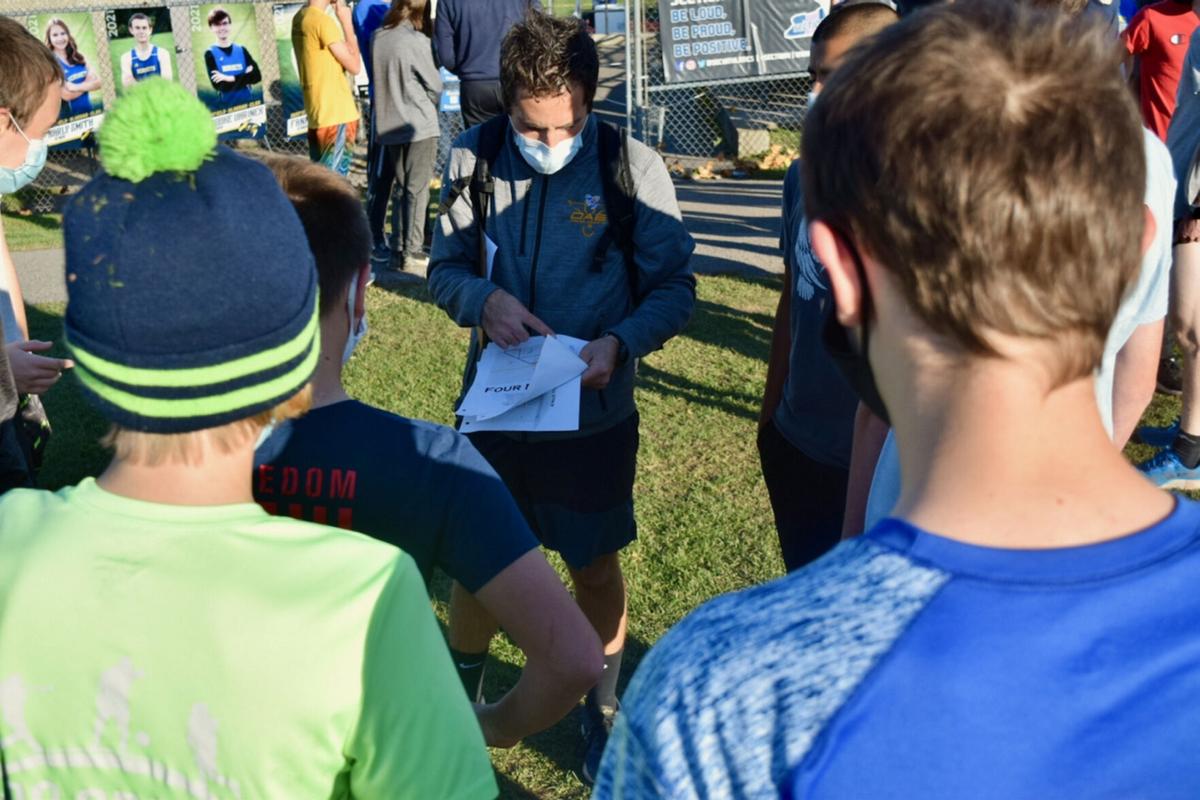 Alex Brasky/Batavia Daily NewsHead coach Pete Beuler talks to his team before a meet this season. Oakfield-Alabama/Elba is the favorite to capture another sectional title Saturday, Nov. 21. 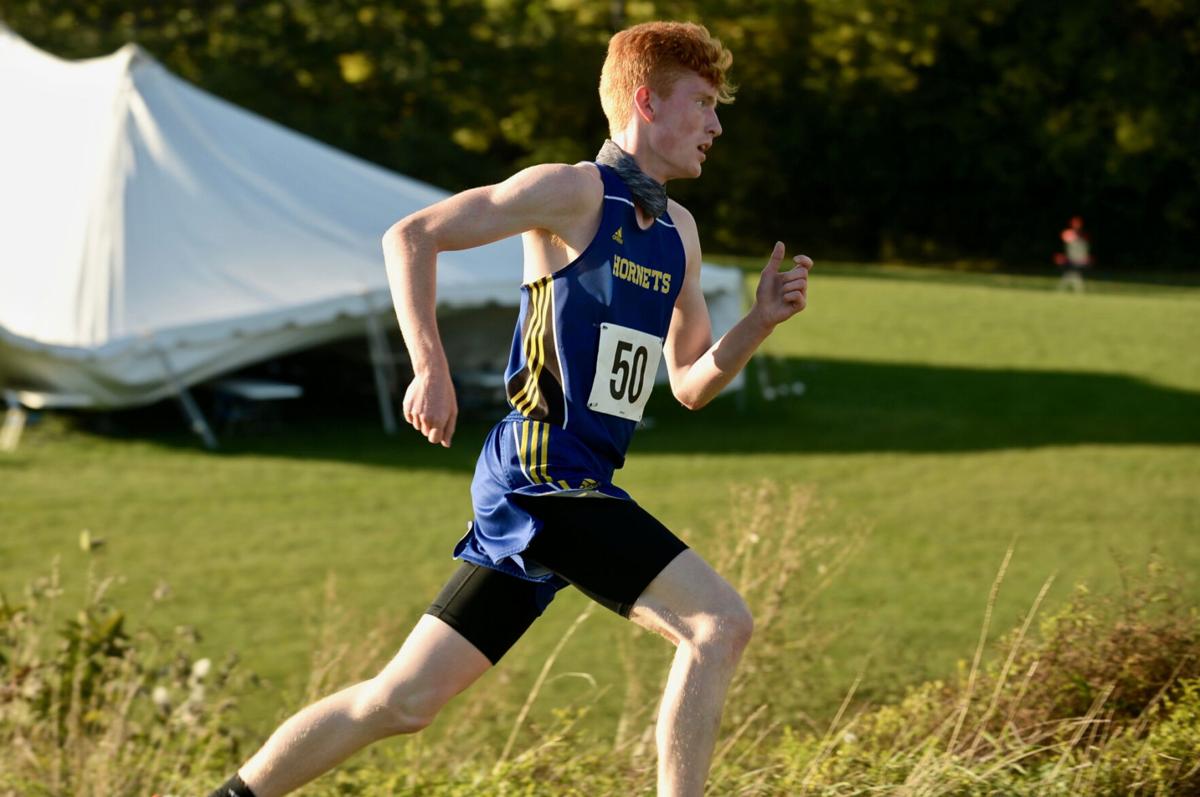 Alex Brasky/Batavia Daily NewsHead coach Pete Beuler talks to his team before a meet this season. Oakfield-Alabama/Elba is the favorite to capture another sectional title Saturday, Nov. 21.

OAKFIELD — It’s been no secret that over the past several years the Oakfield-Alabama/Elba cross country team has been one of the best in the Genesee Region, if not all of Section V.

Within the GR League, the O-A/E boys have won seven Division II Championships over the last eight seasons, and the girls? Well, they’ve been red hot over the last four seasons, a span in which they’ve won three divisional titles.

Outside of the GR League this program has also enjoyed tremendous amounts of success. In fact, just a few seasons ago the O-A/E boys were in the midst of a sectional championship three-peat, which spanned the ‘16, ‘17, and ‘18 seasons. The girls’ last Section V Title came during the ‘12 season, but this could be the year for them to regain their championship form.

This year, the Hornets’ boys’ squad completed the regular season at 16-0, and the girls’ at 15-1, while both teams finished as Div. II champs. With sectionals coming up next week, it’s looking like it’s going to be another banner postseason for O-A/E.

“We are hoping for some good results. We’re excited and the kids are pumped for this opportunity,” said O-A/E head coach Pete Beuler about the upcoming sectional meet. “They’ve been waiting all summer for this, after they didn’t have outdoor track. They are excited that we have this opportunity here and we just want to make the most out of it.”

Two significant factors in the Hornets’ success over the past few seasons has been the production they’ve received from senior harriers Zack Hall and Fanny Venegas.

Hall has helped pace O-A/E for the past several years and is ready to put his best foot forward in his final sectional race. Not only has Hall been a boon for the Hornets during his senior season, several other members of the boys’ squad have also put forth transformative campaigns.

Freshman Connor Domoy has been a significant contributor for O-A/E, as have sophomore Colton Yasses, junior Jordan Schlagenhauf, and soph. Kyle Porter.

Hall attributes his team’s success to the hard work and dedication they’ve shown since the abrupt end to last spring season.

“During the summer we all put in a lot of miles and a lot of us have been training since outdoor track got canceled,” said Hall. “Then coming to practice throughout the regular season, we’ve done a great job at getting to work and coming to practice and putting in hard effort.”

Venegas has also been a key cog in the Hornets’ success over the past many seasons, and also believes her team’s recent prosperity is due to their diligent effort during the season as well as the offseason.

“Definitely running together and running on our own during the offseason,” said Venegas about what she believes is the key for her team. “And just putting in the work all year.”

Along with Venegas, junior Mackenna Johnson and sophomore Kayla Harding have helped propel the Hornets’ girls’ squad in 2020.

Both the boys’ and girls’ teams at O-A/E are enjoying incredible roster numbers this season, which is normal for what is one of the largest small school teams in Section V year in and year out.

“I would bet that for a school our size, we (consistently) have the largest team in the section. A lot has to do with (Coach Beuler) going out and recruiting,” said O-A/E coach and Section V Hall of Famer, Art Goldstein. “I also think our team concept in our practices and our effort to try to engage them, even outside of running, are all keys to why we’ve maintained good numbers over the years.”

Goldstein was the head coach at O-A/E from 1981-2008, and during that time the Hornets won eight sectional championships between the boys and girls.

It’s not just good numbers that the Hornets have benefitted from, as they come equipped with top-level runners year after year.

Hall has finished inside the top-10 multiple times throughout his career and has consistently been one of the top runners in the GRAA/LCAA and beyond, while Venegas has been a top up and comer for years, and seems ready to take the next step this season.

With that said, despite a number of top-10 finishes, Hall has yet to win an individual title, and Venegas has yet to win a sectional patch. However, this season, both are expected to be top-challengers in Class D and hope to add to the list of O-A/E runners to finish their careers with a Section V championship. While it’s fair to say the Hornets’ senior duo will each be sectional contenders, they and the other top runners in the section will be going into this year’s postseason blindly, as without regular season invites, racers have been left to wonder what they’re competition will look like in a couple of weeks.

“Historically, Matt Brewington from Marion has been a good runner, but people always pop up,” said Hall about his expected competition at sectionals. “And with the (virus taking away invites), the field is kind of wide open this year.”

For Venegas, the picture is a bit clearer, as she expects her top competition to be three runners from a fellow LCAA/GRAA school. Geneseo’s Cathrine Staley, Addy Capel and Mallory Rice are all top contenders for a patch in Class D.

“Coach has pushed me to finish in side the top-10 in sectionals and to stick with some of the Geneseo girls,” said Venegas. “(I) have to be in the zone and beat the person in front of (me).”

For Coach Beuler, the focuses for his team are simple.

“We have to stay healthy and focus on all of the small details - that’s most important,” he said. “We have to get our training and our speed going, and we just have to start believing and get that confidence in each other.”

It’s been a great run of success for O-A/E cross country over the years, but this year could be one of the program’s best yet.