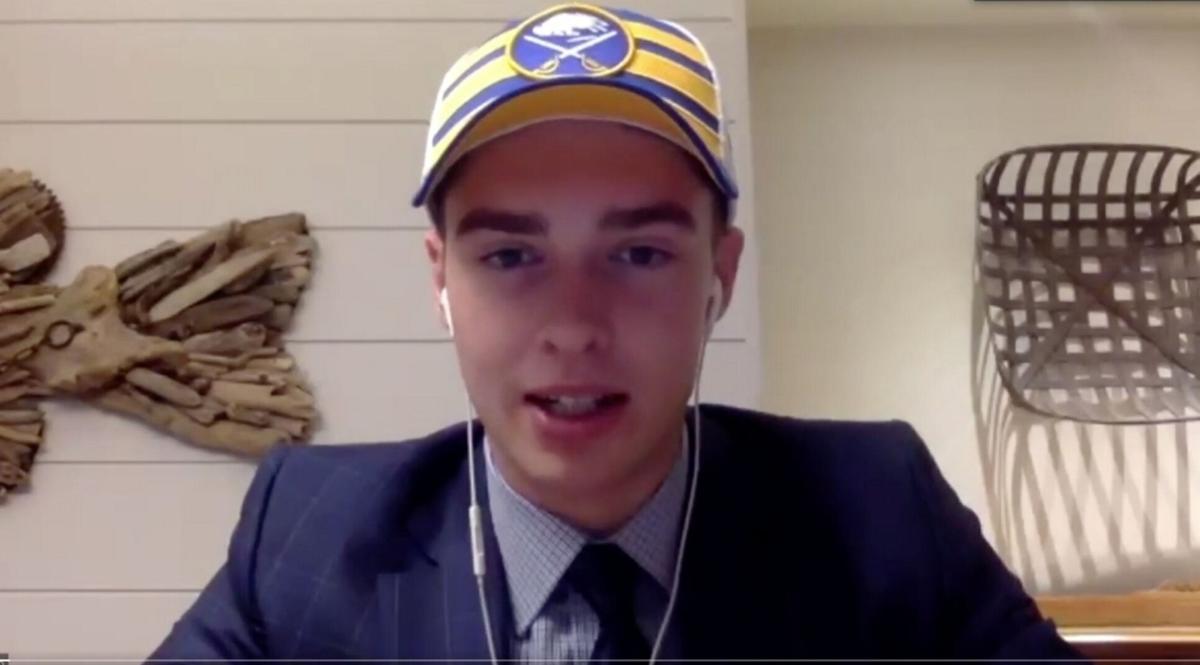 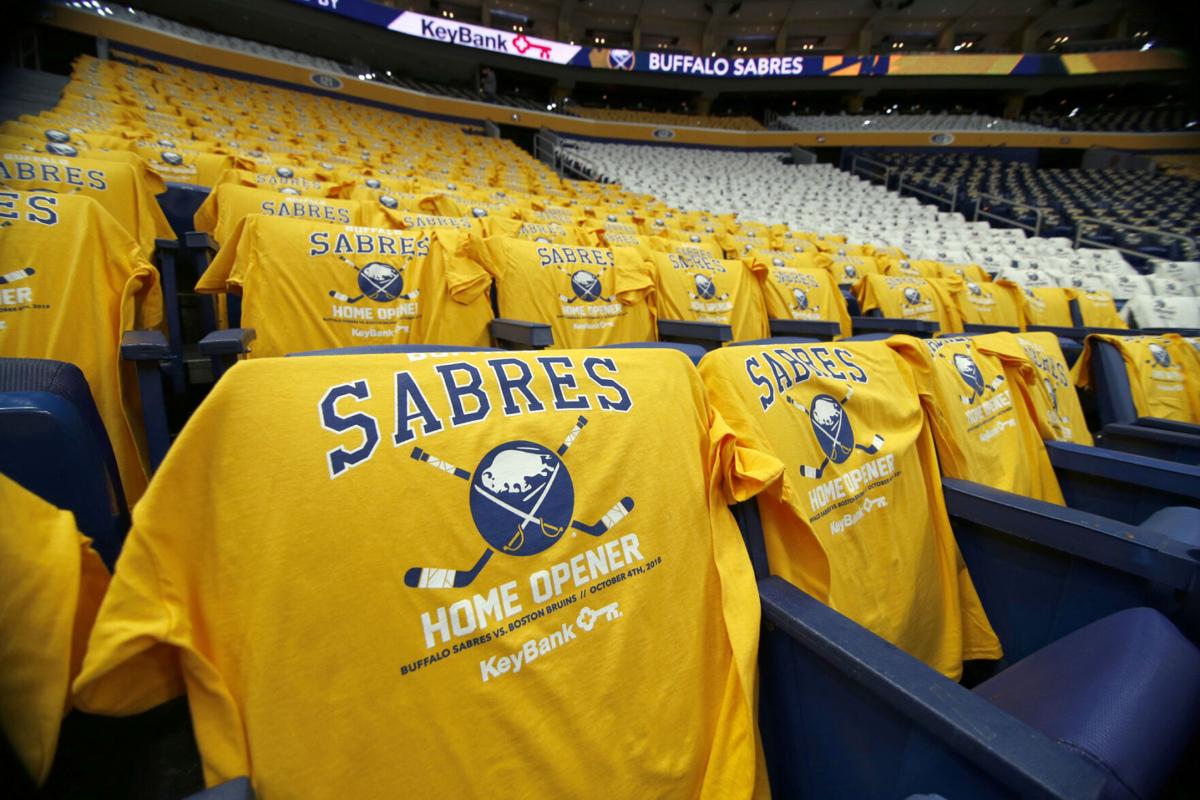 Oct 4, 2018; Buffalo, NY, USA; A closeup of shirts that fans will receive during a game between the Buffalo Sabres and the Boston Bruins at KeyBank Center. Mandatory Credit: Timothy T. Ludwig-USA TODAY Sports

Oct 4, 2018; Buffalo, NY, USA; A closeup of shirts that fans will receive during a game between the Buffalo Sabres and the Boston Bruins at KeyBank Center. Mandatory Credit: Timothy T. Ludwig-USA TODAY Sports

The NHL Draft wrapped up on Wednesday night, as the Sabres made five selections, including first round pick Jack Quinn.

The Sabres selected Quinn, 19-year old forward from the Ottawa 67’s of the OHL, with the eighth overall pick. Quinn is widely considered one of the most talented goal scorers in this year’s draft and is coming off a 52-goal season for Ottawa. With that said, the Sabres view Quinn as a complete player capable of becoming an all-around talent.

“Not just the goal scoring - he scored a lot of different ways - but just his overall game kept showing through as we did the work on him,” said Sabres General Manager Kevyn Adams. “He was used in all situations and we see the ability for him to keep getting better. His athleticism is high and just the metrics that we look at when we’re scouting, he met and then some. So this is a player that the more work we did the more excited we got.”

On a video conference with the media, Quinn said he wasn’t expecting to be drafted by the Sabres.

“I knew that my meetings went well with Buffalo and we had some great talks but at the same time I had no idea where I was going to go,” said Quinn. “I just knew (Buffalo) was a good spot but I wasn’t expecting to go there.”

Quinn’s road to the NHL was unique, as Quinn was a multi-sport athlete growing up and didn’t move his full focus toward hockey until he got a bit older.

“Growing up I played all kinds of sports...I didn’t really train for hockey or anything I just played it,” said Quinn. “As a result of that, maybe, I got cut from the AAA teams and played AA... It was a (long) progression to get to where I am today.”

Quinn went on to credit those around him for helping him climb the ladder to become a first-round pick.

“It was a long wait and a lot of years of hard work went into it. Not just from me but my family as well,” added Quinn.

In the second round, the Sabres traded up with the San Jose Sharks to select forward John-Jason Peterka with the 34th overall pick. Buffalo gave up the No. 38 and No 100 pick in order to move up and take Peterka, a native of Germany, who at the 2020 World Junior Championship led his nation’s team with four goals in seven games. Two seasons ago, in the Czech U19 league, Peterka netted 45 goals and recorded 94 points in 48 games. Peterka spent last season playing in Germany’s top professional hockey league, the Deutsche Eishockey Liga for EHC München.

Peterka was a player the Sabres coveted, as they tried to move up on Tuesday night to secure Peterka but failed, leaving Adams to endure a sleepless night.

“We were trying hard yesterday to do different things and some conversations set the table, but it didn’t end up playing out,” said Adams. “We couldn’t do it last night I think that’s why I didn’t sleep a lot. I was thinking about Peterka and a way we could possibly get this kid. We got into the office this morning and got to work on it.”

During his media availability, Peterka described himself as a playmaker while also citing his experience at the professional level as something he believes will serve him well moving forward.

“I think I’m a creative offensive player that likes to make plays and also score goals,” said Peterka. “I think from my first pro season I got a lot of experience, especially (battling) against older men. I think I learned a lot in that season.”

Prior to the draft Adams said the team was in need of goal scoring and he stayed true to his word, selecting four forwards that the Sabres believe will bolster their attack in the future.

“We are excited. I’m sure every GM is pretty excited about he draft they had because you put a lot of work in and to be able to call the names you’re excited about (is exciting),” concluded Adams. “I challenged our staff to dig in and do the work and make sure that when we are going to announce a name that he is a Sabre. I think we accomplished that.”