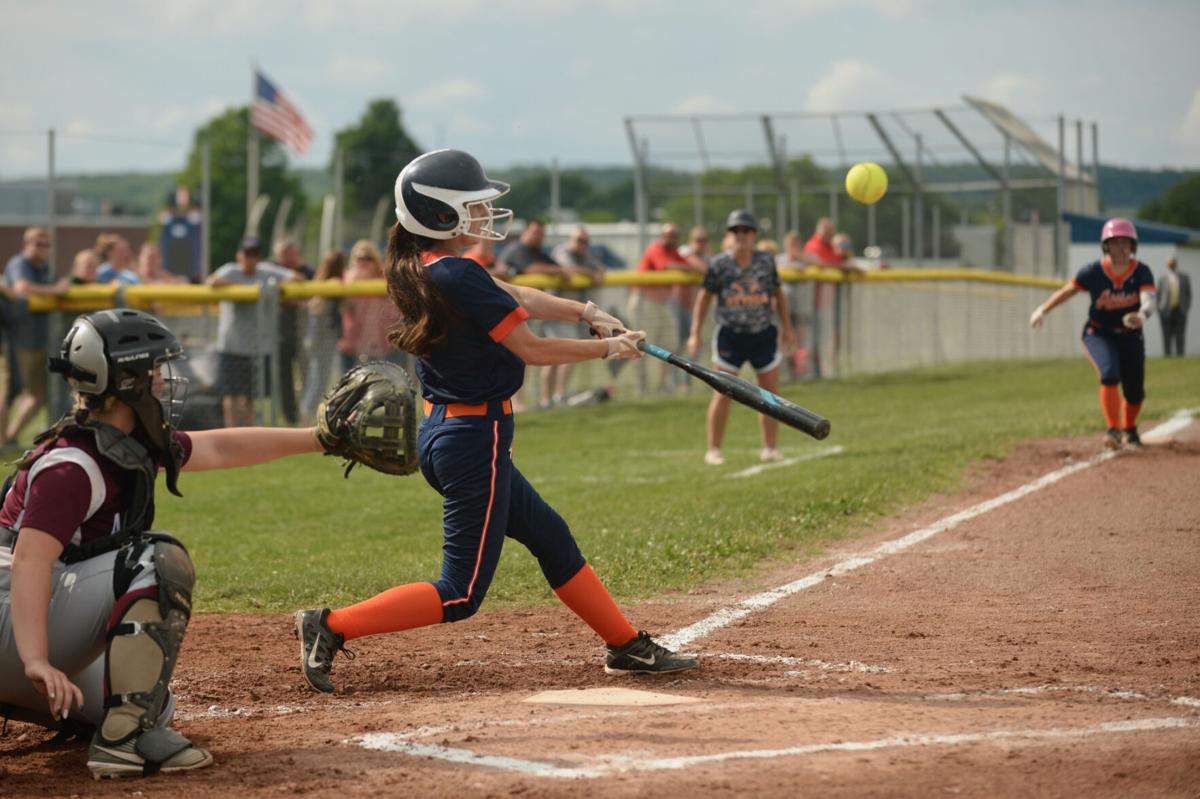 Alex Brasky/Batavia Daily News | Makenna Jarnot had a nice night at the plate in the Attica win. 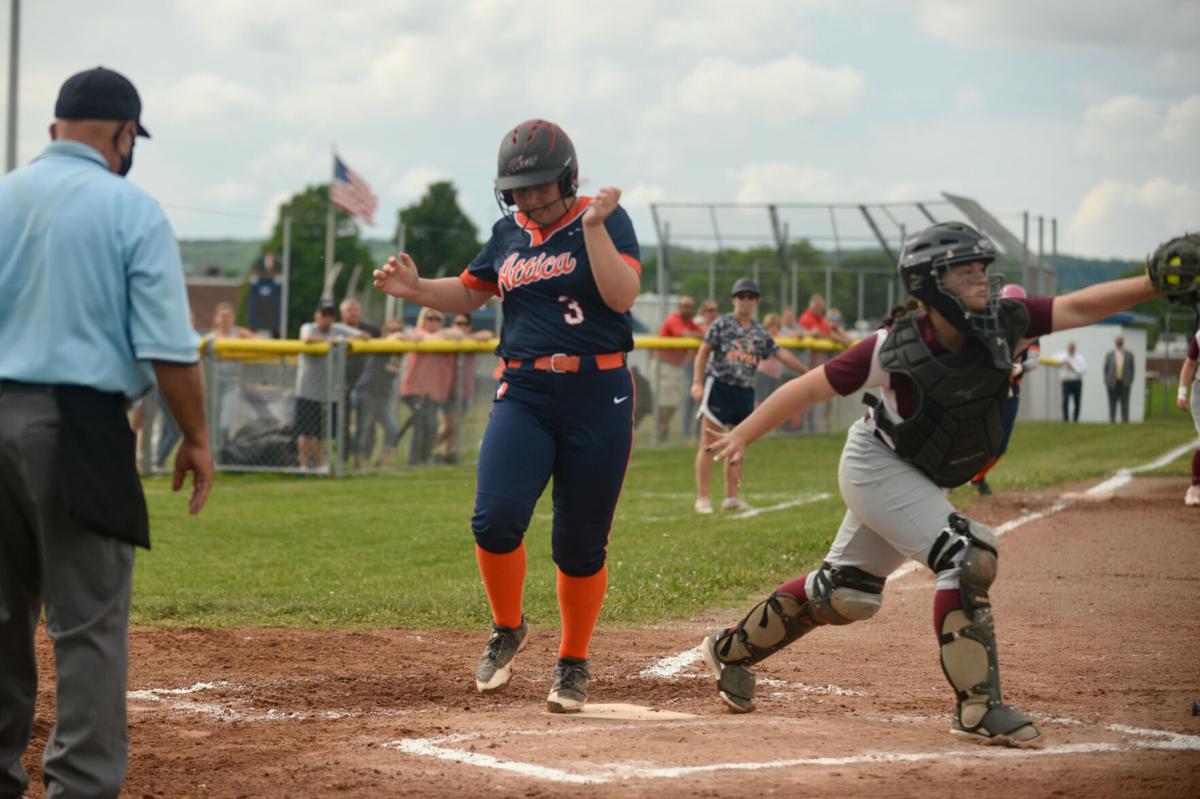 Alex Brasky/Batavia Daily News | Attica scored two runs in the first inning and never looked back, cruising to victory over the Lil’ Irish. 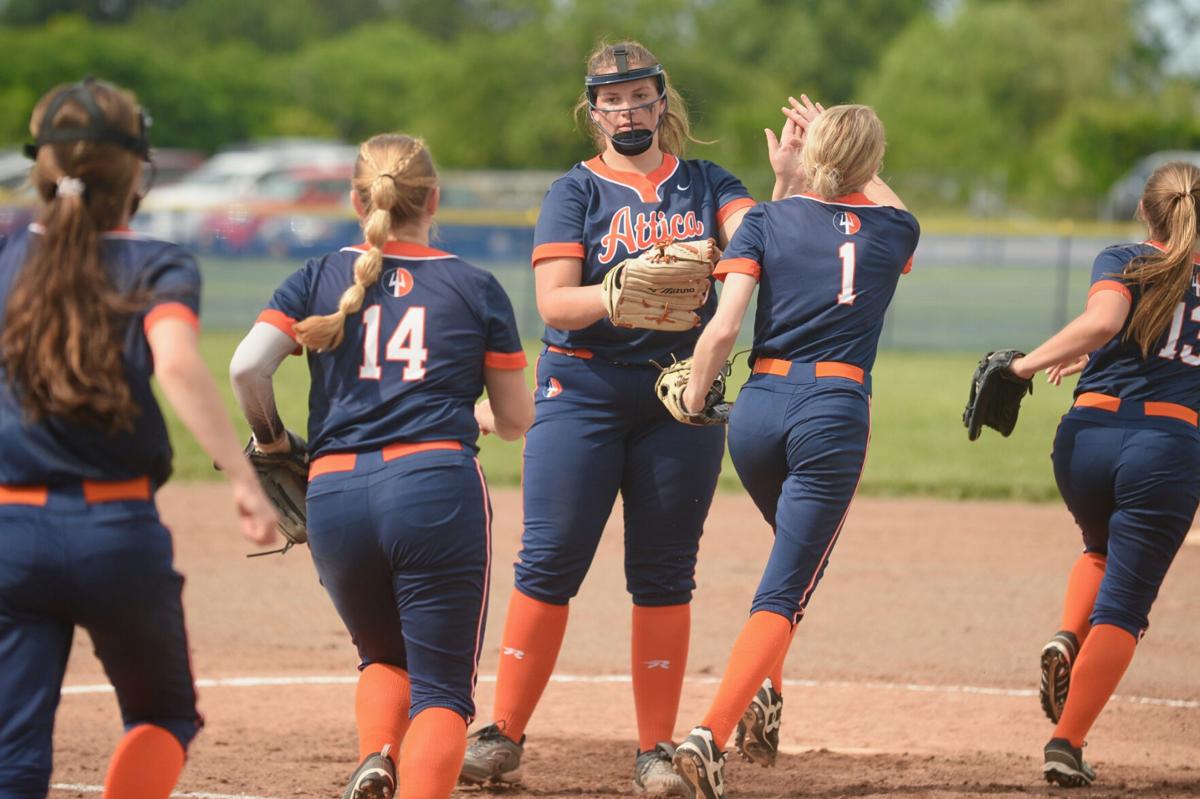 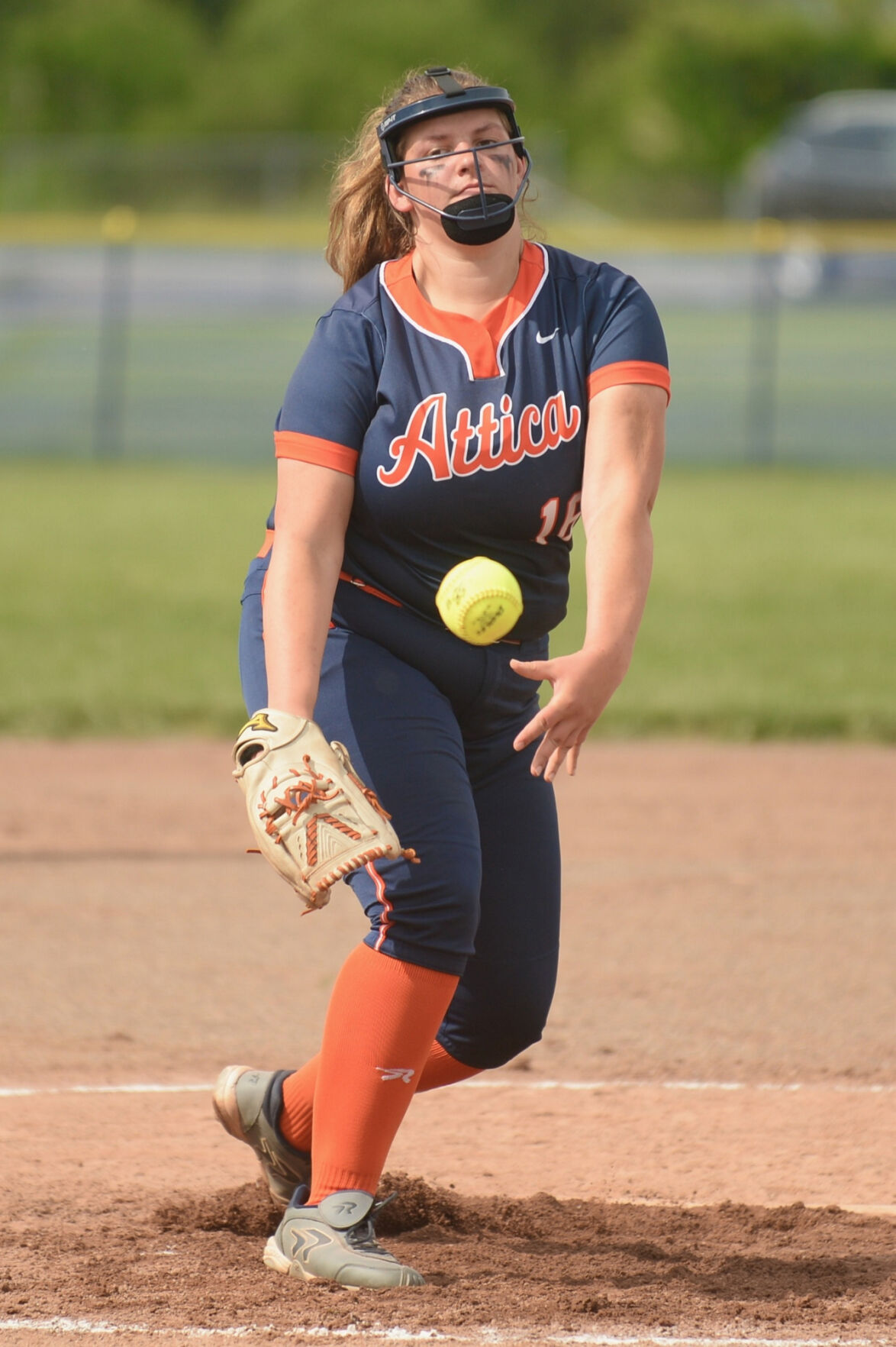 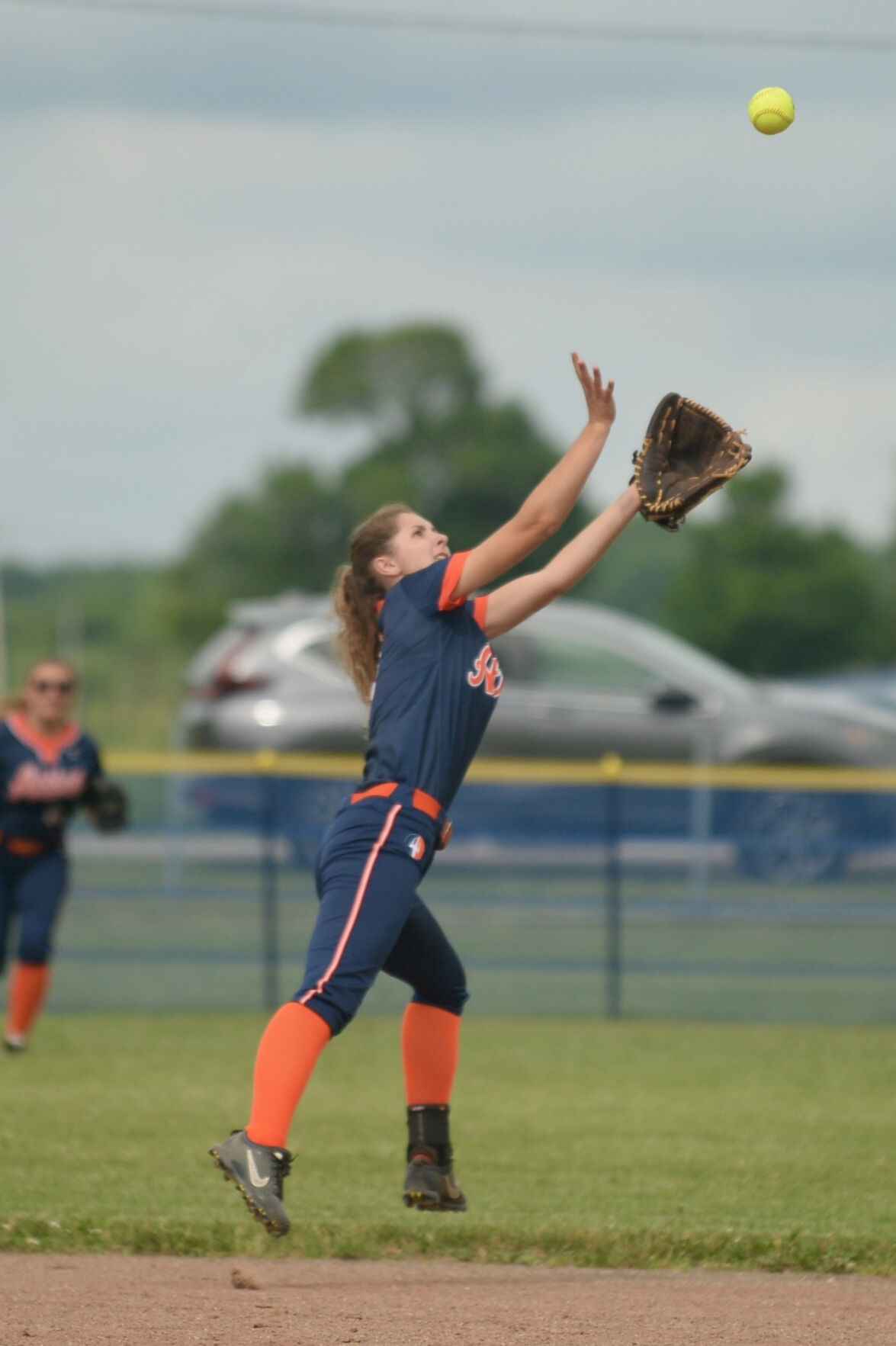 Alex Brasky/Batavia Daily News | Makenna Jarnot had a nice night at the plate in the Attica win.

Alex Brasky/Batavia Daily News | Attica scored two runs in the first inning and never looked back, cruising to victory over the Lil’ Irish.

ATTICA — Attica senior hurler Brittany Martin brought her A-game in the Blue Devils’ 8-0 win over Aquinas in the Class B2 postseason.

“She was excellent,” said Attica head coach Mary Beth Hardie of her senior ace. “She hit her spots and maintained her calm, cool and collected composure throughout the game tonight.“

The Attica offense wasted no time jumping on the Irish. Senior Makenna Jarnot led off the bottom of the first with a double over the head of the AQ center fielder, then junior Samantha Daley followed with an RBI double that went all the way to the left center field wall. Daley later came around to score on a sacrifice fly off the bat of freshman Maddie Robinson and just like that, it was 2-0 Blue Devils after the first inning.

Attica added another in the second as Snyder walked to lead off the inning, then senior Lilian Koch delivered an RBI single. Heading to the third, it was 3-0 Devils.

Attica struck for two more runs in the third to increase its lead to 5-0. Robinson started the one-out rally with a double off the fence in center field, then scored on an RBI groundout from senior Natalie Perl. Senior Mya-Rose Hardie then reached on a fielder’s choice and later stole second, then came around to score, and the rout was on.

The Blue Devils added one more in the fifth and two in the sixth to take home the blowout win.

“My girls hit the ball excellent tonight,” added Hardie. “They were all able to dial into the pitcher’s speed and were patient at the plate.”

Attica (11-7) moves on to the Class B2 Quarterfinal, where they will meet unbeaten, top-seeded Le Roy on Thursday. First pitch is scheduled for 4:30 p.m. from Le Roy High School.

“Well, we are planning on a battle,” said Coach Hardie about her team’s upcoming matchup. “Everyone knows how amazing their pitcher is, along with their entire team. So we are happy that our last home game was a victory for my eight seniors - a lifetime memory, and we will give it our best. My girls are looking forward to the challenge that lies ahead of us.”

Aquinas finishes the season at 8-9.