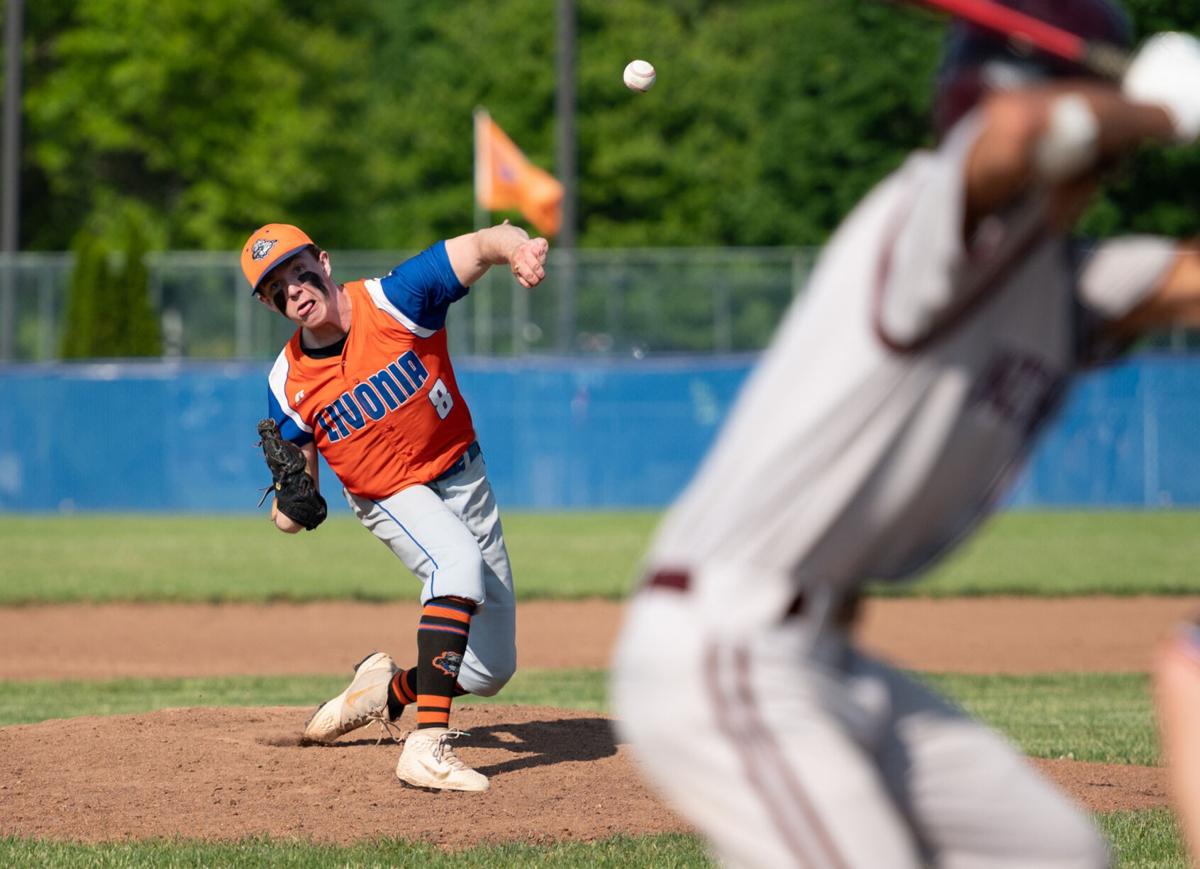 Photo by Lindsey Meys Livonia’s Alex Minnehan throws the pitch against Newark. Minnehan went the distance and tossed a shutout for the Bulldogs. 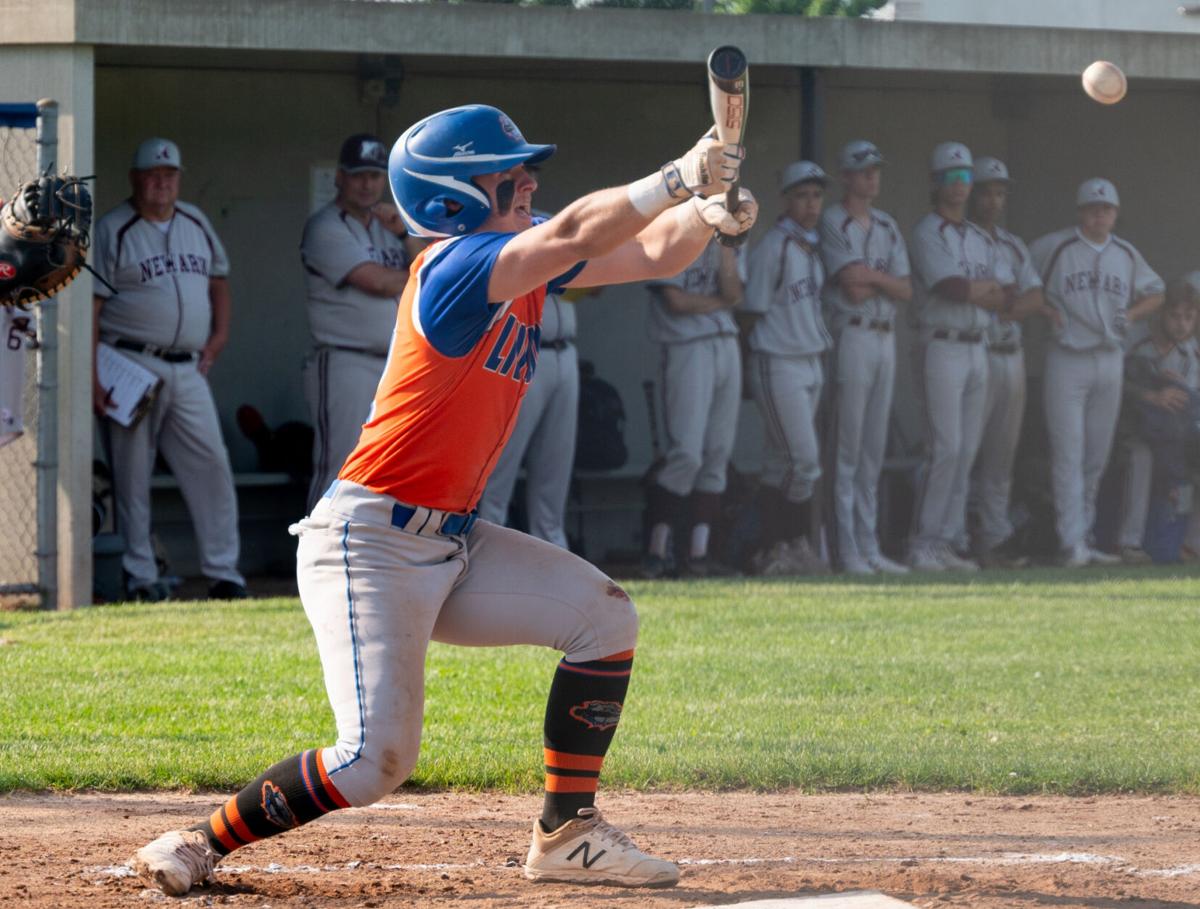 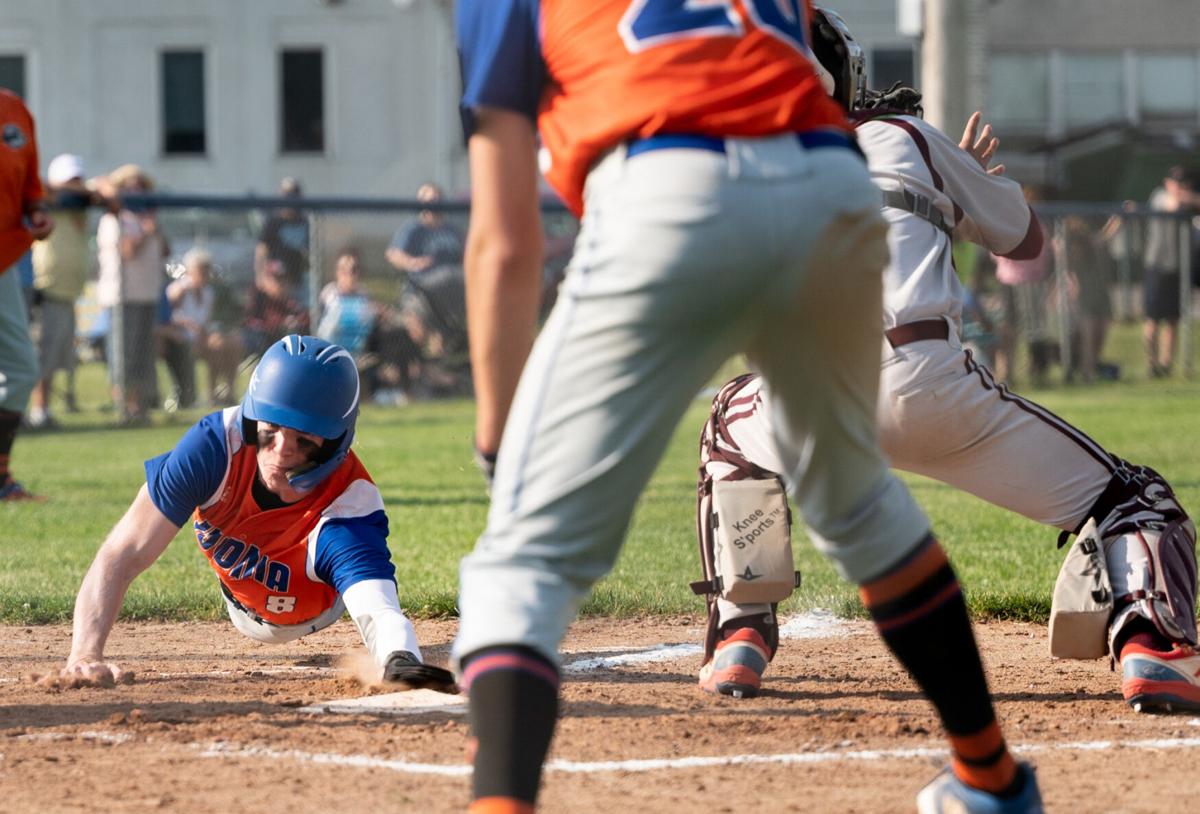 Photo by Lindsey Meys Livonia’s Alex Minnehan scores a run in the third inning for the Bulldogs. 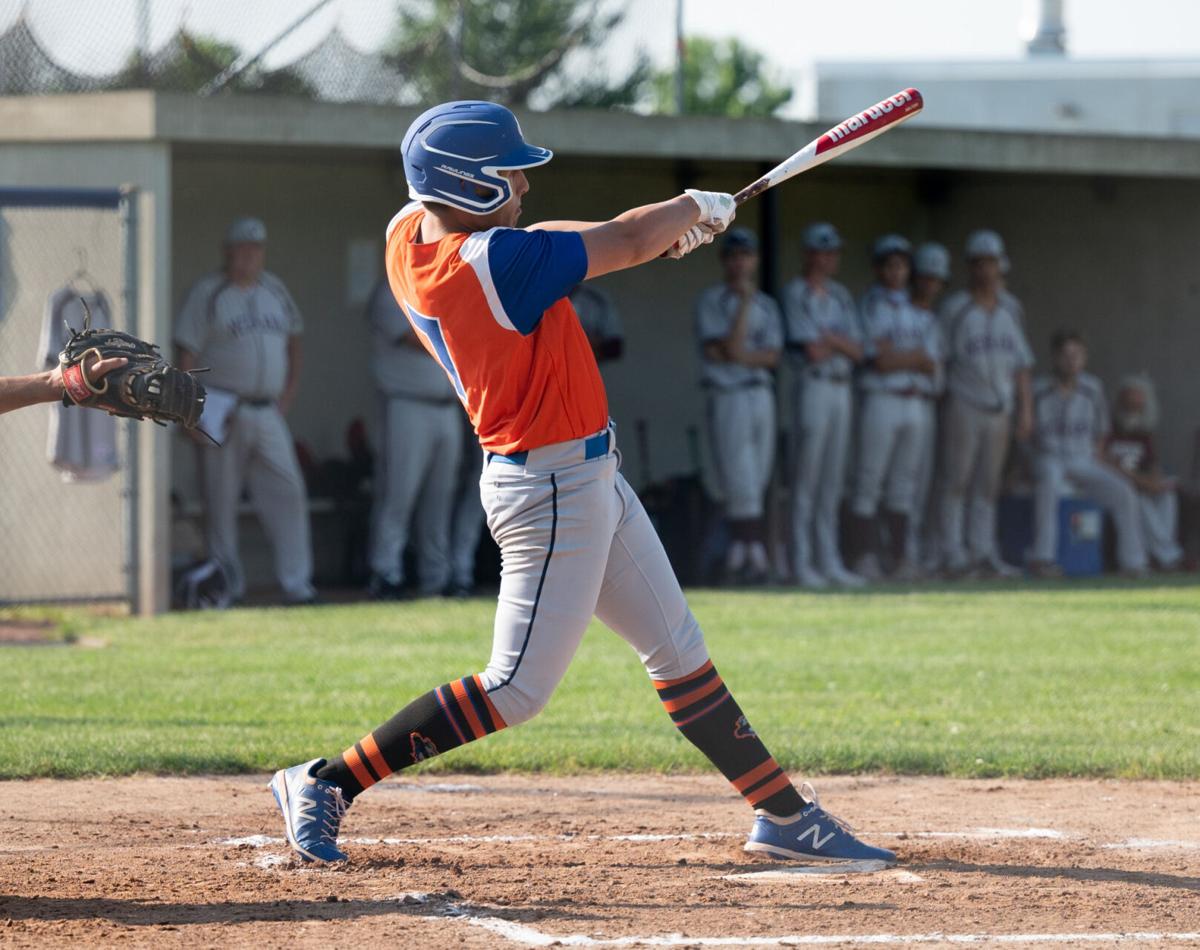 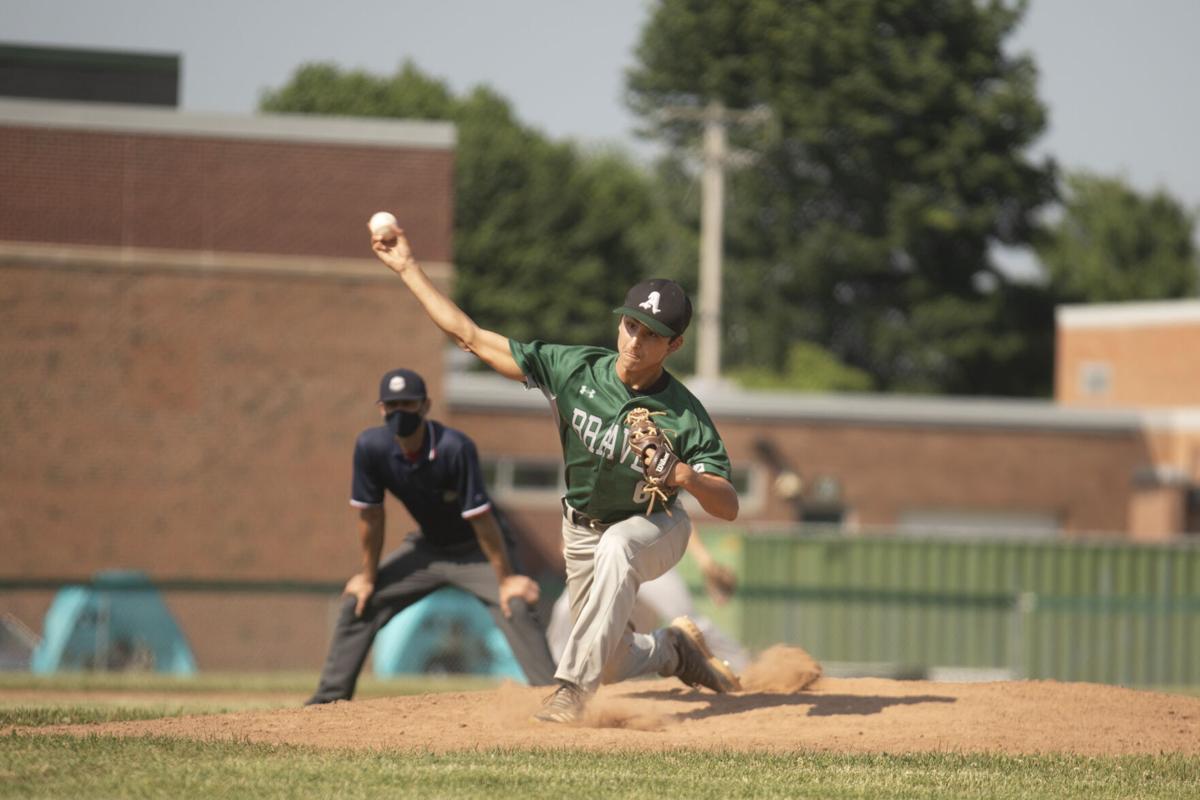 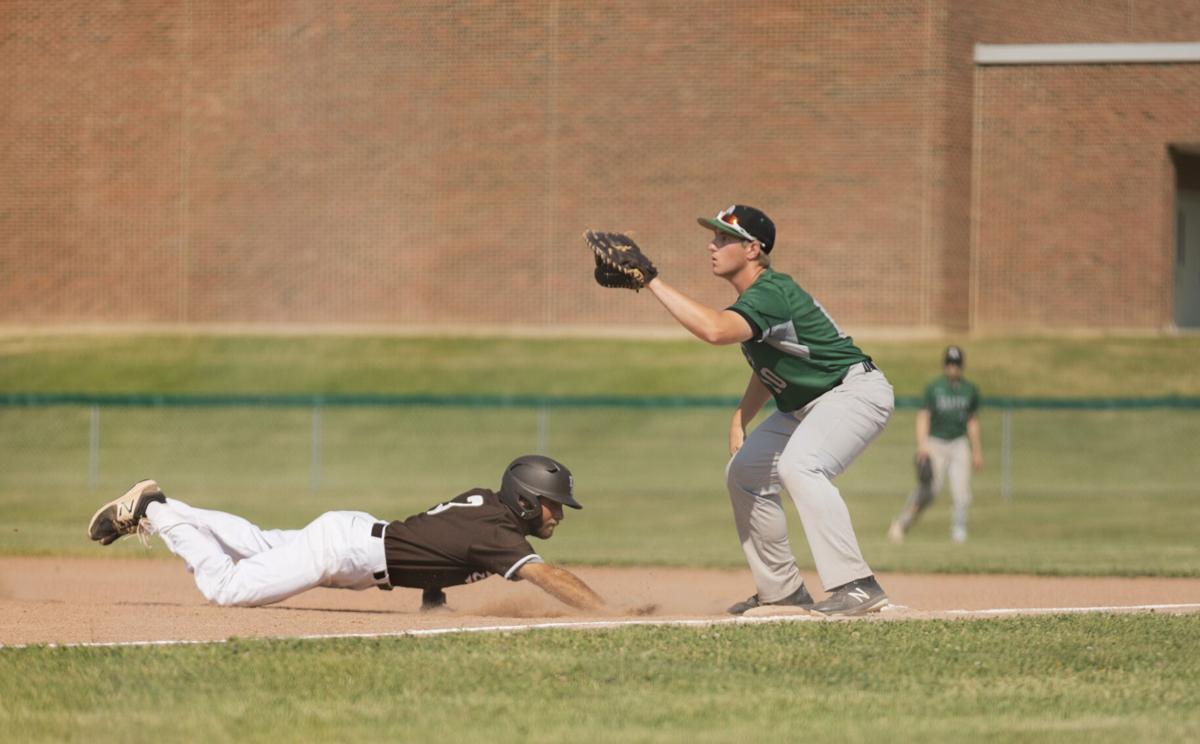 Photo by Lindsey Meys Livonia’s Alex Minnehan throws the pitch against Newark. Minnehan went the distance and tossed a shutout for the Bulldogs.

Photo by Lindsey Meys Livonia’s Alex Minnehan scores a run in the third inning for the Bulldogs.

LIVONIA — Livonia baseball coach Scott Gilman knows a thing or two about advancing in the post-season, winning four straight Section V titles from 2014-2017, and a NYS title in 2017.

Gilman gave the ball to his lefty pitching ace Alex Minnehan Wednesday as the No. 4 seeded Bulldogs hosted No. 5 Newark in a Class B1 quarterfinal game at Baker Field.

And the senior Minnehan didn’t disappoint as he tossed a complete game allowing four hits while striking out nine and walking one as Livonia advanced to Friday’s semifinals with the 3-0 shutout victory over the Reds.

Cousin Shawn Minnehan singled in two runs in the bottom of the third to break a scoreless tie.

Livonia would tack on an insurance run in the sixth on an error by Newark.

“A pure pitchers duel,” coach Gilman said. “Both pitchers did a fantastic job. Difference was a key hit with two runners in scoring position. We played flawless in the field and Alex was tough on the mound. Our bats need to pick it up in the next round.”

Shawn Minnehan finished 2-for-2 with two RBIs to lead the Bulldogs.

Jake Jones had another fantastic game Wednesday for the No. 3 seeded Braves in their quarterfinal victory over No. 6 East Rochester.

Jones came on in relief on the mound as he entered in the top of the second with runners on first and second and no outs with Avon already trailing 1-0.

After Jones struck out the first kid he then proceeded to pick off the runner at first where Andrew Rowland threw home to force the runner from third into a rundown that Jones eventually tagged out to end the threat.

Third-seeded York advanced to host Friday’s semifinal game with No. 7 HAC following the Golden Knights’ victory over No. 6 Naples Wednesday.

Senior James Kennedy was 2-for-3 offensively with a double and two RBIs. He also walked once.

Senior David Cuozzo picked up the victory as he struck out six in six innings of work. He also had a hit, stole two bases and drove in a run.

“We played another good game of baseball tonight,” York coach Edward Green said. “David Cuozzo was solid all night on the mound and our offense was able to put some runs on the board early. Naples is a good team but we were able to meet their challenge tonight. On to Friday.”

The host Wolverines scored all eight of their runs in the first four innings as No. 4 B-R beat No. 12 Letchworth.

For Letchworth, Johnny Mertsock scored the lone run for the Indians on a Nick Thompson sacrifice fly.

Ben Friedberg’s base hit scored two runs in the fifth to give the Wolves the lead for good in their quarterfinal victory over Geneseo.

The Blue Devils had rallied from a 5-2 defict in the top of the fifth scoring five runs to go up 7-5.

The top-seeded Indians didn’t waste any time Wednesday scoring 11 runs in their first at bats as they whipped GV in the D1 quarterfinals.

Jordon Luther finished 2-for-3 at the plate with three runs scored while Aidan Wood was 2-for-2 with two runs scored and one RBI.

Ryan Thayer added two hits and scored twice for Keshequa, who will host Fillmore at 7 p.m. Friday in the semifinals.

In the first inning, Adam Hunt put a ball up towards first that the GV pitcher mishandled and threw into right field with the bases loaded that turned into a four run error.

Kellen Wood got the start and the win on the mound as he tossed three innings of no hit baseball with three K’s.