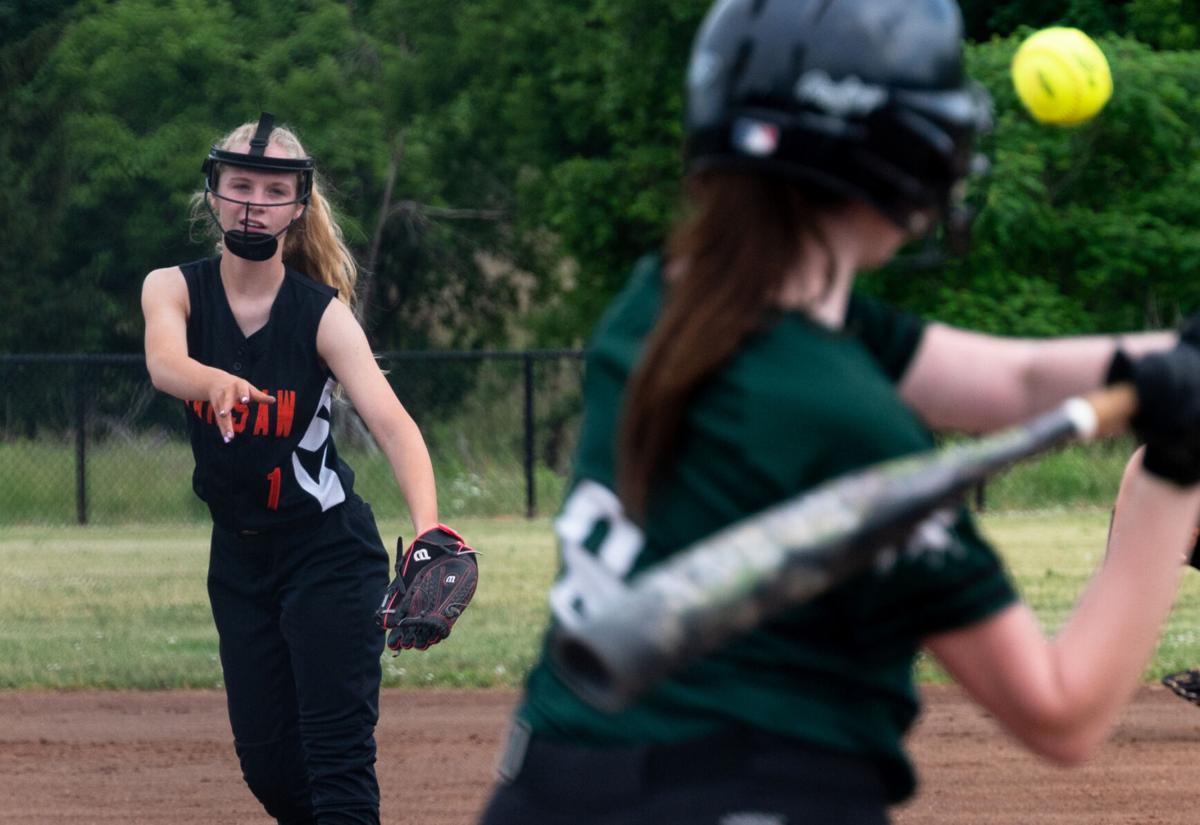 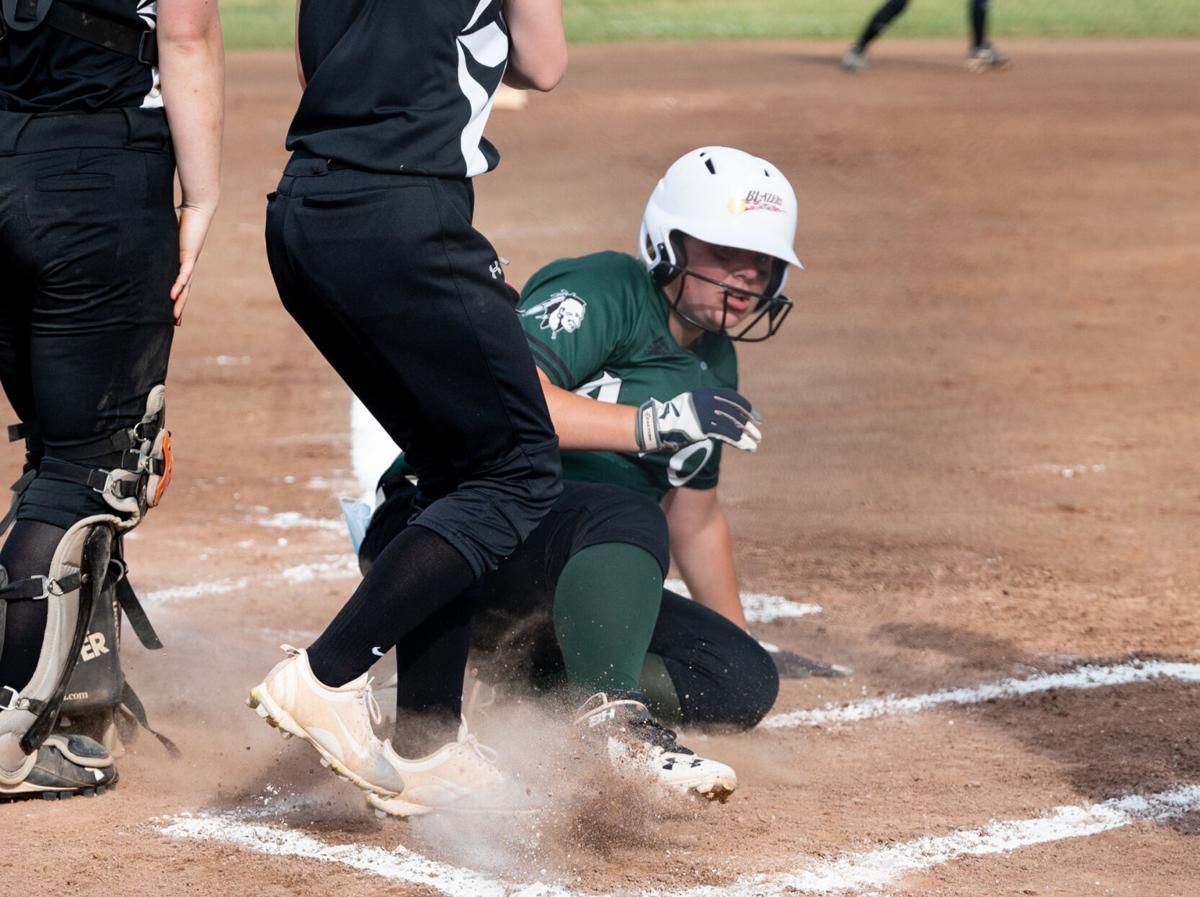 Photo by Lindsey Meys Host Avon came away with the 9-1 victory over Warsaw Tuesday. 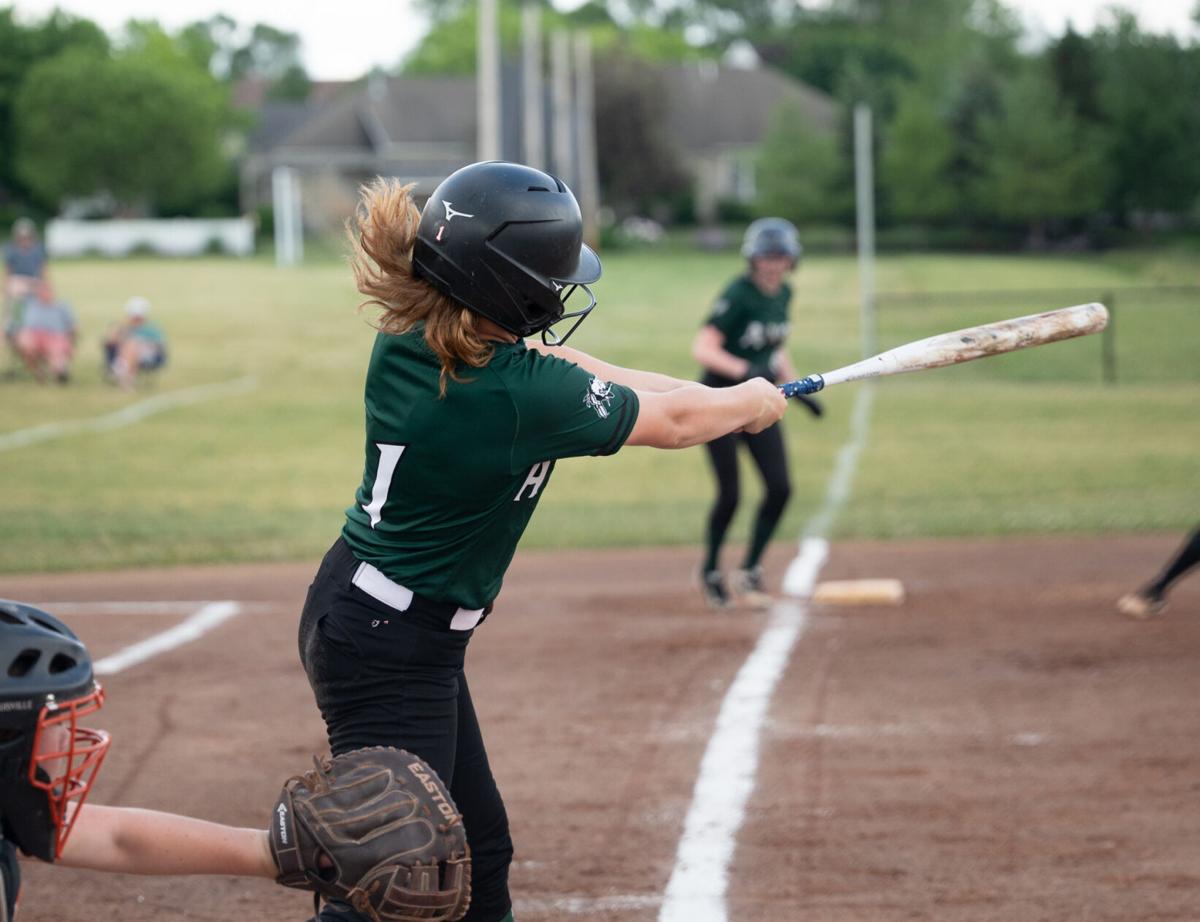 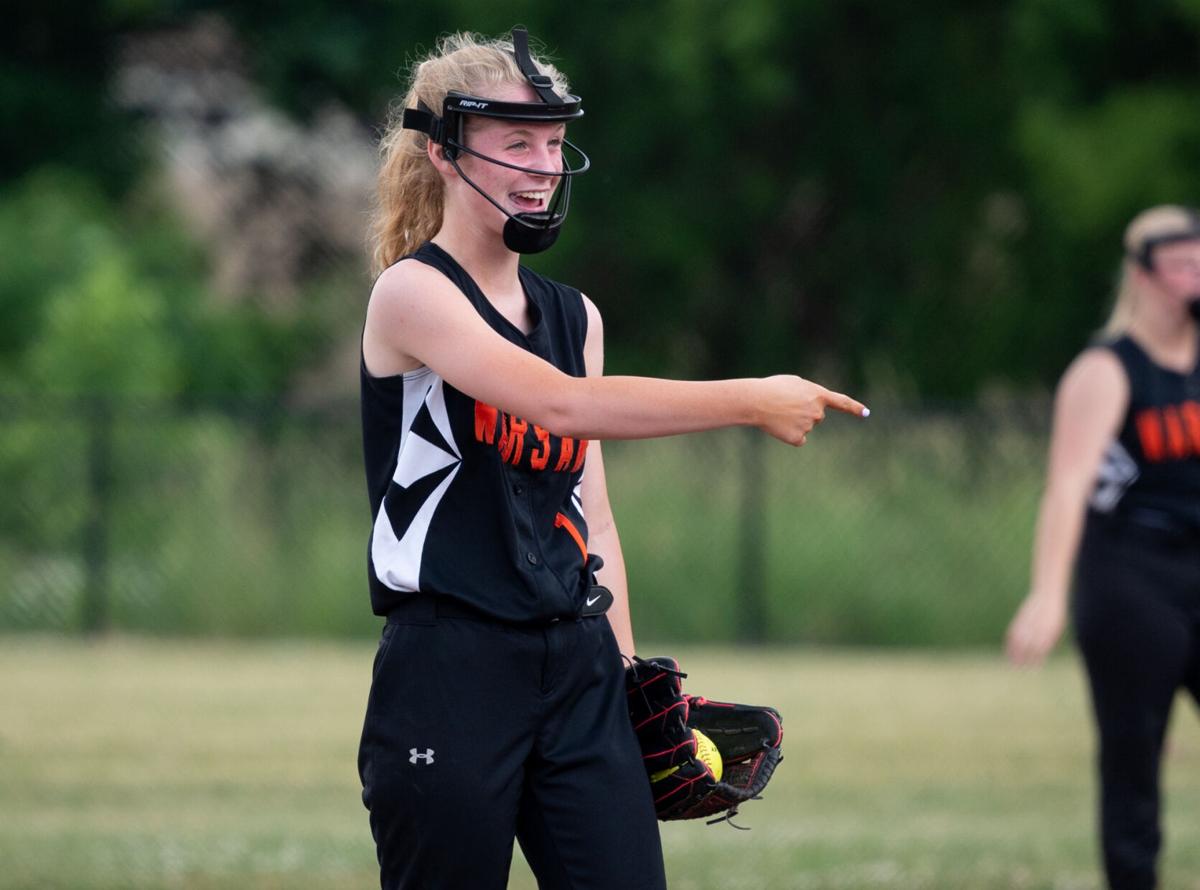 Photo by Lindsey Meys Warsaw pitcher Kaydra O’Brien was having fun in the circle Tuesday. 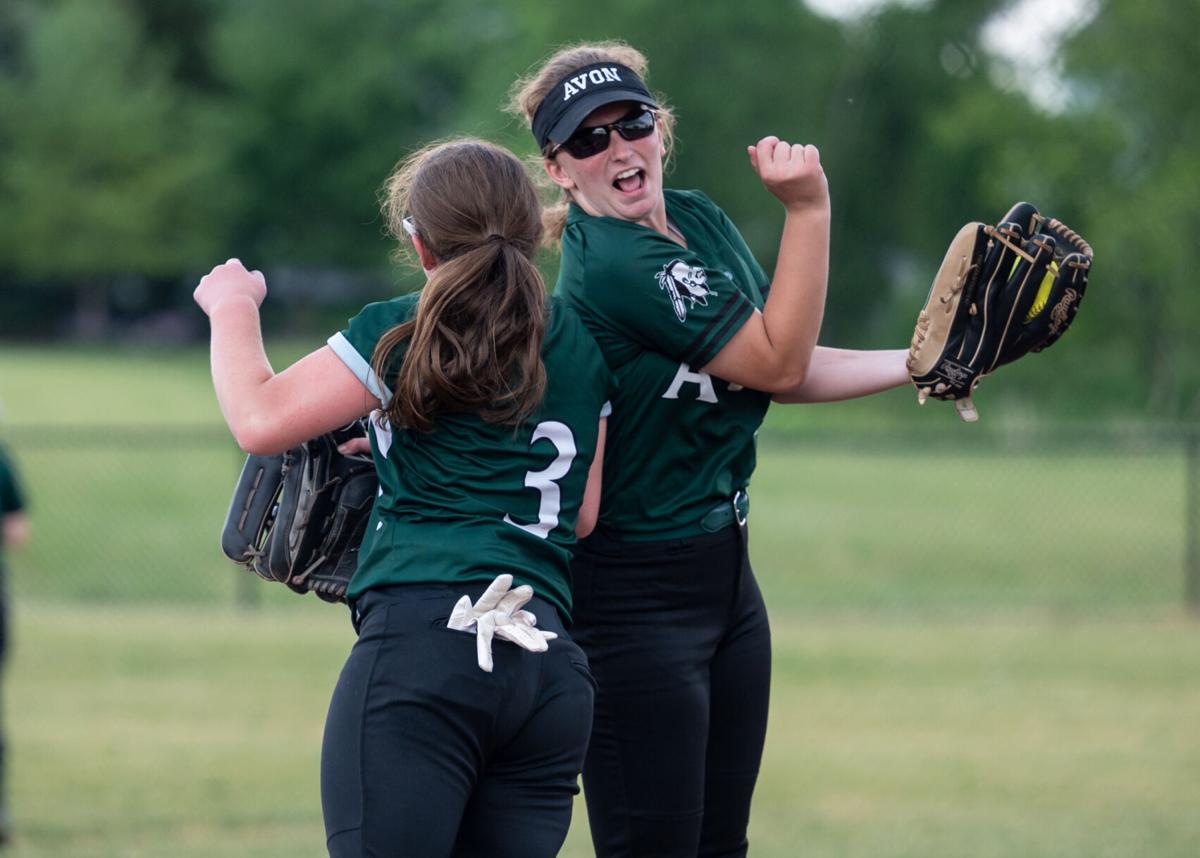 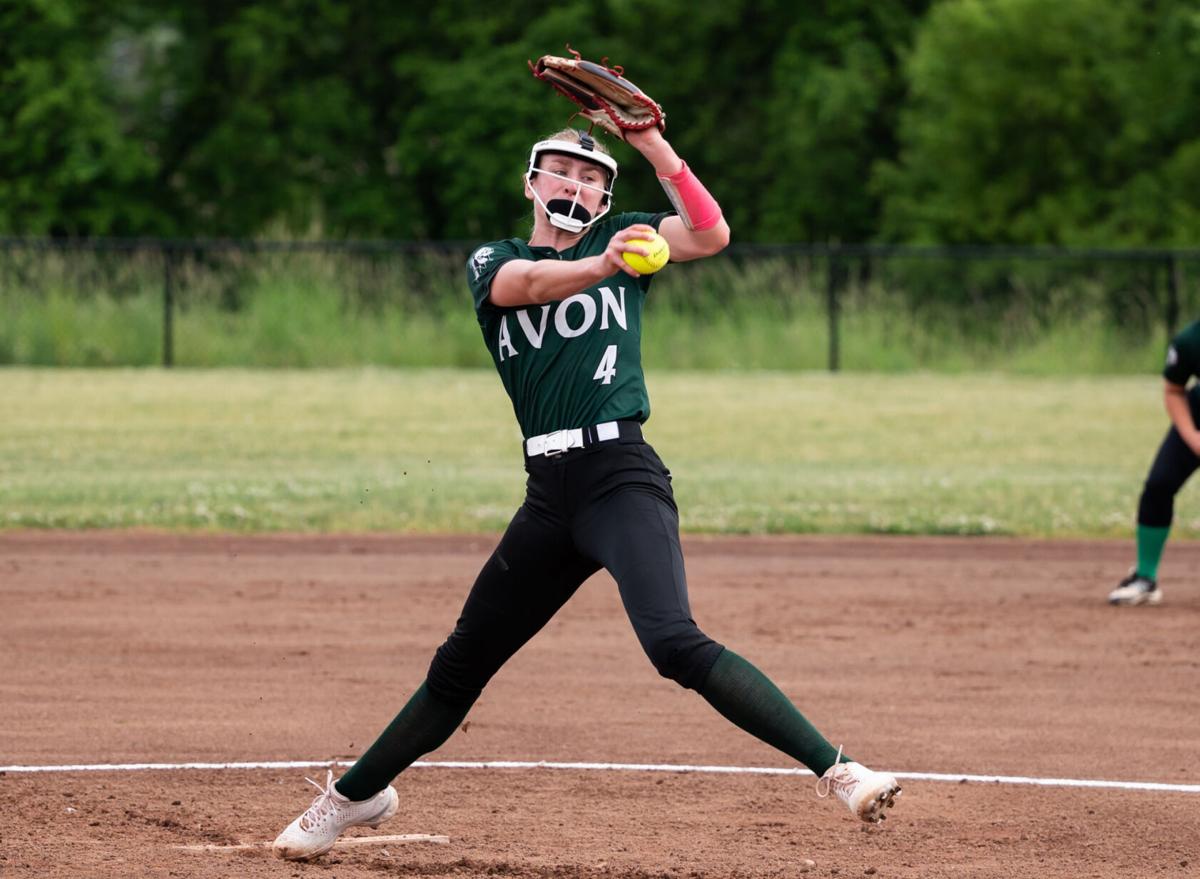 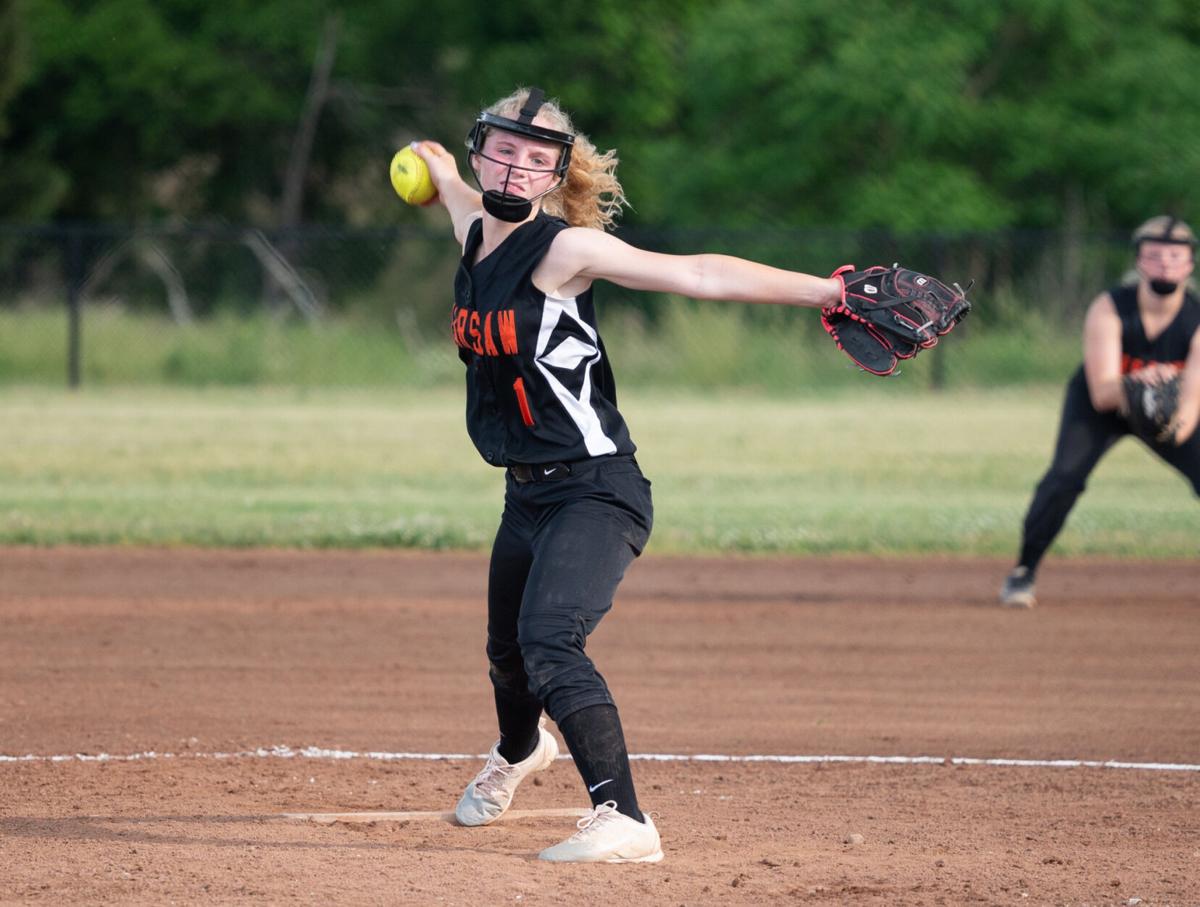 Photo by Lindsey Meys Host Avon came away with the 9-1 victory over Warsaw Tuesday.

Photo by Lindsey Meys Warsaw pitcher Kaydra O’Brien was having fun in the circle Tuesday.

AVON — Opponents beware, there’s another Crye on the varsity softball field for the Lady Braves.

Sixth-seeded Avon got two hits, three RBIs and a run scored from seventh-grader Jessie Crye making her varsity debut Tuesday as they defeated No. 11 Warsaw 9-1 in Class C1 first round action.

Big sister Joleigh, a junior, pitched a complete game five-hitter with 15 K’s and no walks to lead the way.

Crye allowed a single hit in the first three innings then struck out the side in the fourth and fifth innings. She allowed two more hits in the seventh inning when Avon held a 9-0 lead.

Jessie Crye also made a great defensive play after moving to shortstop later in the game.

Joleigh Crye was also walked three times on purpose where senior clean-up hitter Parker Hughes picked up the tab hitting two long balls — a double and a triple — scoring two runs and driving one in.

Also for Avon, Ella Hoskins was 2-for-2 with a double, two RBIs and a run scored.

Sarah Coz and Alivia Fetzer each had two hits to lead the Lady Tigers while Alyssa Jones had one hit and scored Warsaw’s lone run.

Warsaw finishes their season 3-11 while Avon improved to 8-7 and will travel to No. 3 Red Jacket for a quarterfinal match-up against the Lady Indians (10-5).

Heartbreaker for the Perry girls as they fell by a single run in Tuesday’s first round.

Senior Elissa Uveino went out in style though as she went 4-for-5 at the plate with a double, four runs scored and two RBIs.

Lydia Chippone also had a big game going 3-for-4 with three runs scored.

Lily Jaques and Jayden McClurg each had a double for Perry, who finished 4-10 on the year.

“We played a tough game tonight,” Perry coach Stefanie Weber said. “This group of girls didn’t give up through seven innings tonight. The score went back & forth every inning, we kept our composure. If your season is going to end, it’s better to end going out playing hard. Our seniors will be missed next year. Elissa and Lily have been staples in our program for the last five years.”

Maddie Devore tossed a one-hitter with eight strikeouts, while she also ripped a pair of doubles and had three RBIs as the Raiders cruised to the opening round win.

Cal-Mum scored 11 times in the second to put it away and give coach Dan Dickens his 262nd career victory, which tied him with Joe Matla for the most in program history.

“I’m happy for the girls as I thought we played well in the field and were focused at the plate,” Dickens said. “Each round gets more difficult so we need to keep minimizing the mistakes.”

Host Letchworth took control of this game early as they plated seven runs in the second inning en route to the first round win.

Letchworth had their bats rolling as they pounded out 17 hits in the victory.

Letchworth’s Tiante Murray led the way with a 4-for-5 offensive day at the plate while Morgan Wright was 3-for-5 with a double.

Allison Diver added three hits of her own while Brooke DeGroff was 2-for-4 with a double. Delany Bean also added two hits for Letchworth, who advances to take on No. 2 Dundee/Bradford Thursday.

“We executed our game plan offensively and prevented our Achilles heel bad inning,” Letchworth coach Chad DeRock said. “Throughout the year we haven’t been able to put together a complete game. Tonight we stayed solid defensively throughout the game and put the ball in play all night. I’m proud of our energy. This is a great group of young ladies and we hope to bring that energy to the number two seed Thursday.”

Fifth-seeded York improved to 10-6 on the season as they advanced into Thursday’s quarterfinals.

York was led offensively by Anna Lyness who was 3-for-4 with a home run, triple and three RBIs while Kaitlyn Holland was 2-for-3 with a double and two RBIs.

Emily Wallace added two hits including a double and one RBI while Merideth Holland and Claire Cucinotta also added hits.

Cuba Rushford was led by Elysa Tyler who was 2-for-4 with a triple.

“Anna Lyness had a great day at the plate coming up a double short of the cycle,” York head coach Rob Kersch said. “We played solid defense behind a nice outing from Merideth Holland. Looking forward to the challenge of the next round.”

York will travel to No. 4 Oakfield-Alabama.