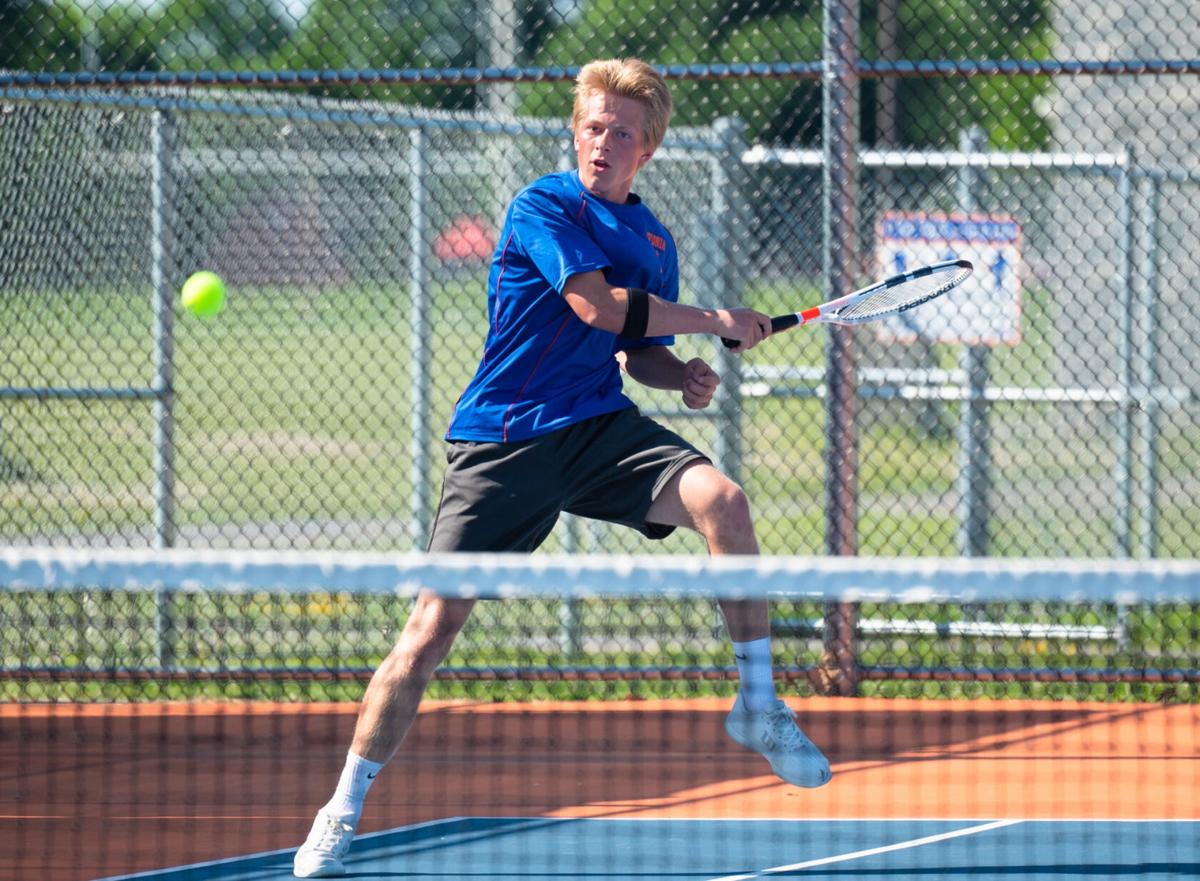 Photo by Lindsey Meys Livonia’s Gabe Gammon picked up the victory over his Pal-Mac opponent Thursday. 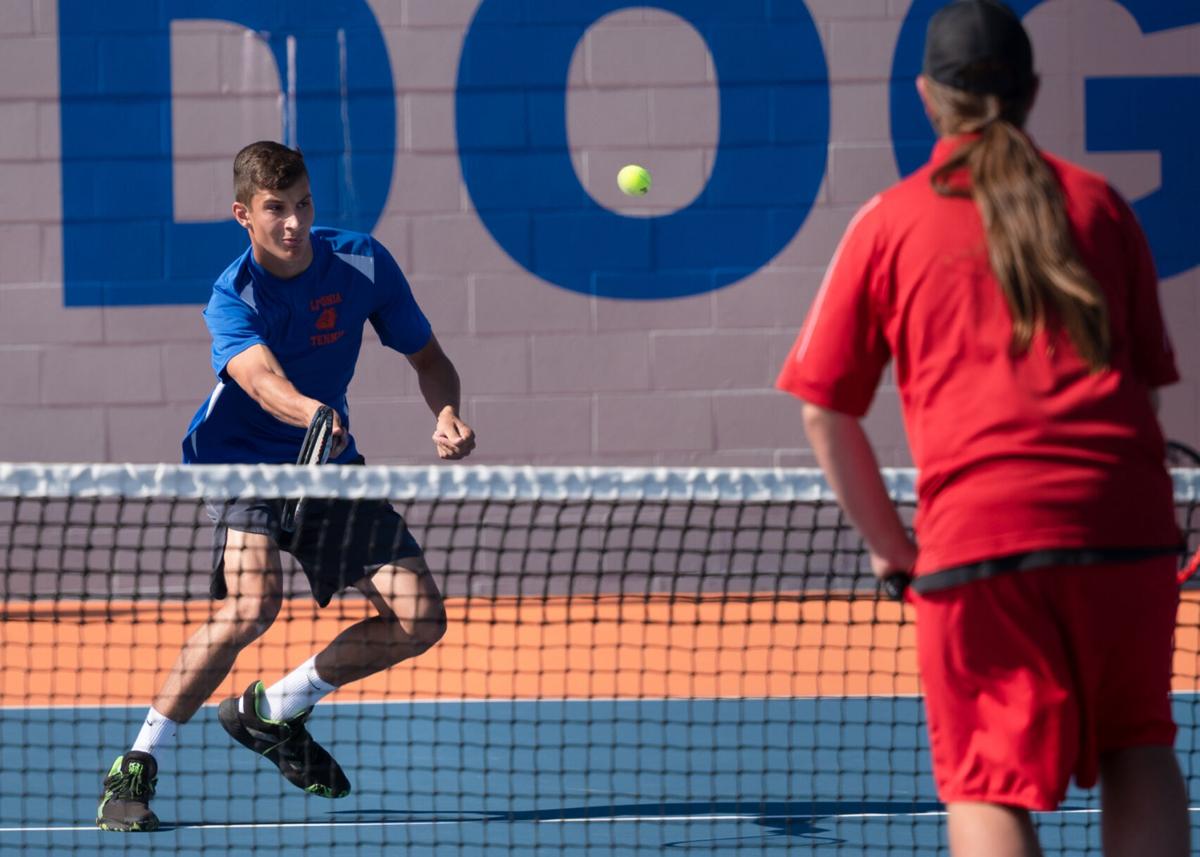 Photo by Lindsey Meys Livonia’s Gabe Gammon picked up the victory over his Pal-Mac opponent Thursday.

LIVONIA — Gabe Gammon made quick work of Pal-Mac’s Chance Hager winning 6-0, 6-1 at first singles as top-seeded and host Livonia breezed into the Class B1 finals with the 5-0 win over the Red Raiders.

Livonia will meet HAC in the finals Friday.

Second-seeded HAC, who dropped down into Class B1 this season, outscored Batavia in all five matches to advance to Friday’s finals at Livonia.

The most competitive match of the afternoon came at second doubles as Marc Chuprun and Quinn Hartman earned a 6-4, 6-4 victory over Sean Pies and Evan Preston.

Mitchel Hockey cruised past Connor Mead 6-0, 6-0 at second singles while teammate Owen Williams did the same to Andrew Aldrich 6-0, 6-0 at third singles as

No. 1 Le Roy edged Way-Co to advance to Friday’s finals.

The deciding point came at second doubles as the team of Katelynn Everett and Benjamin Robinson swept past Nathaniel Michielsen and Jake Joseph 6-1, 6-4.

Kyle DeLelys won a three-set match over Noah Green 6-2, 4-6, 6-0 at second singles while Owen Dunbar eased past Cade Sands 6-1, 6-0 at third singles as Alexander moved into the finals Friday.

Alexander will face an East Rochester team that will be making their seventh straight finals.

Emerson Martelle swept past William Van Wyk 6-3, 6-2 at first singles while Matthew Dollard earned the 6-3, 6-2 victory over Ross Boor at second singles as Cal-Mum cruised into the finals Friday.

)-A plays Cal-Mum Friday for the title.

Jonah Luplow’s 6-1, 6-2 victory over Dylan Harwood at second singles was the deciding point that Batavia needed during their quarterfinal win over Hornell.

Batavia also got a victory from Tanner Mountain at first singles when he swept past Colin McCumiskey 6-3, 6-2.

The team of Sean Pies and Evan Preston defeated AJ Hoyt and Maddie Moore 6-2, 6-1 at second doubles for the Blue Devils.

The Trojans advanced to the semifinals with the victory over Perry.

At first doubles, Andrew Young and Jay Morrison defeated Brook Kweicein and Lilly Henchen 6-1, 6-1 while the duo of Joseph Rebmann and Shannon Breton edged past Makayla Leitten and Eddie Wolcott in three sets 6-2, 4-6, 6-0.